Understanding a language and reproducing a language are two entirely different things, and usually the former is considered easier. This is because hearing and speaking are handled by different regions of the brain. If you don’t practice speaking, you might never be able to perfect the “reproduction” aspect of the language.

Back when I was starting to learn French, just like any other student of a foreign language, I resorted to translating words rather than understanding the language. Gradually, as I practiced more and more, I began to get a hang of its words and grammar, and could understand 20-25% of two people talking in French. I could also understand some moments in French movies and songs. 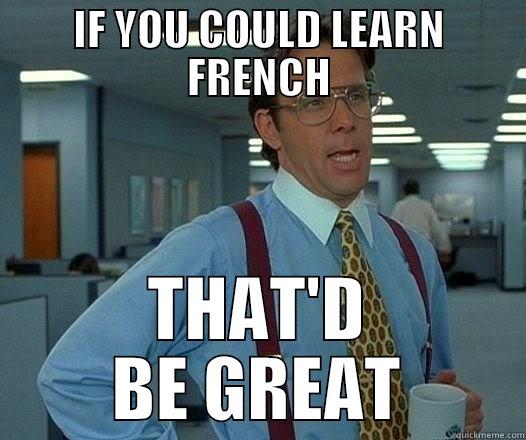 Yet, despite showing reasonable progress in understanding the language, my performance in spoken French was nothing short of abysmal. I could (partially) understand the language, but was truly bad at speaking French myself. Now, this was not just my struggle; I took sadistic pleasure in seeing that most of my classmates were as bad as me – if not worse.

Even so, this peculiarity is certainly something to ponder over, isn’t it? As we learn, we tend to understand a language pretty well, but when it comes to reproducing through words (either spoken or written), we often struggle.

It’s important to understand the difference between these two activities, which is where the answer to our question lies.

You see, recognizing/understanding something is generally much easier than reproducing it on one’s own. I’ll illustrate this with the help of an example: suppose you have all the words of a foreign language (say, Spanish) printed on a piece of paper, and imagine that they are all in alphabetic order. The first stack has all the words starting with ‘A’, the second stack has all words starting with ‘Be’ (Spanish ‘B’) and so on.

This process seems a little cumbersome and long-winded, but the thing to note is that all of it happens inside your head. In reality, you don’t carry around a stack of Spanish letters, do you? You simply hear the word and you ‘run’ it inside your brain’s database, looking for matches. When the match is found, boom! You know what the word means. 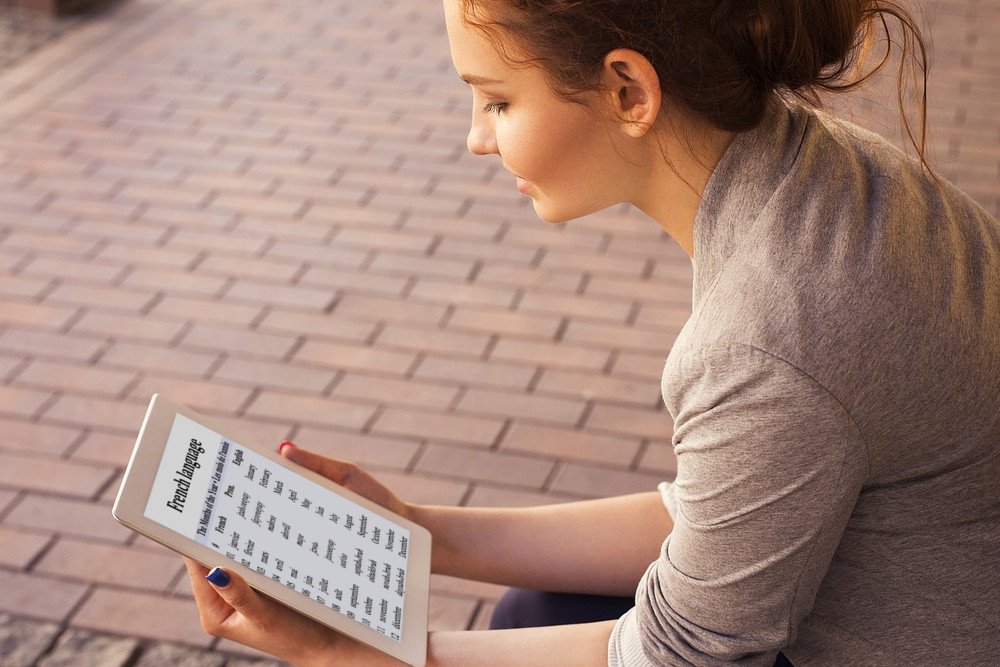 It’s easier to understand a new language than to reproduce it. (Photo Credit : Pixabay)

Now, let’s consider another scenario. This time, you are shown a picture of a cat, and asked to say what’s it called in Spanish. You still have that all-words stack with you, but you realize that it’s not helpful in the least! You can surely translate a word that’s given to you, but you are at total loss if you are asked to “find” the right word (for a particular object) on your own. This is the basic reason why understanding and reproducing a language are two entirely different things, and why the former is usually considered easier.

Also Read: Are Some Languages Easier To Learn Than Others? 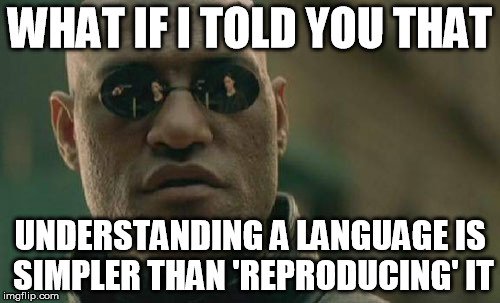 The Trouble With ‘Understanding’ A Language

More often than not, it just so happens that while ‘understanding’ a conversation taking place in a foreign language, you basically understand the comprehensive meaning of what’s being said, but not the word-for-word meaning of every sentence. The context helps a lot too.

For instance, suppose a Frenchman approaches you and says “Excusez-moi, où sont les toilettes, s’il vous plaît?” Even if you know basic French, you’d get the idea (due to words like ‘toilettes’ and ‘ou’) that the gentleman wants to know how to reach the nearest toilet (lavatory). 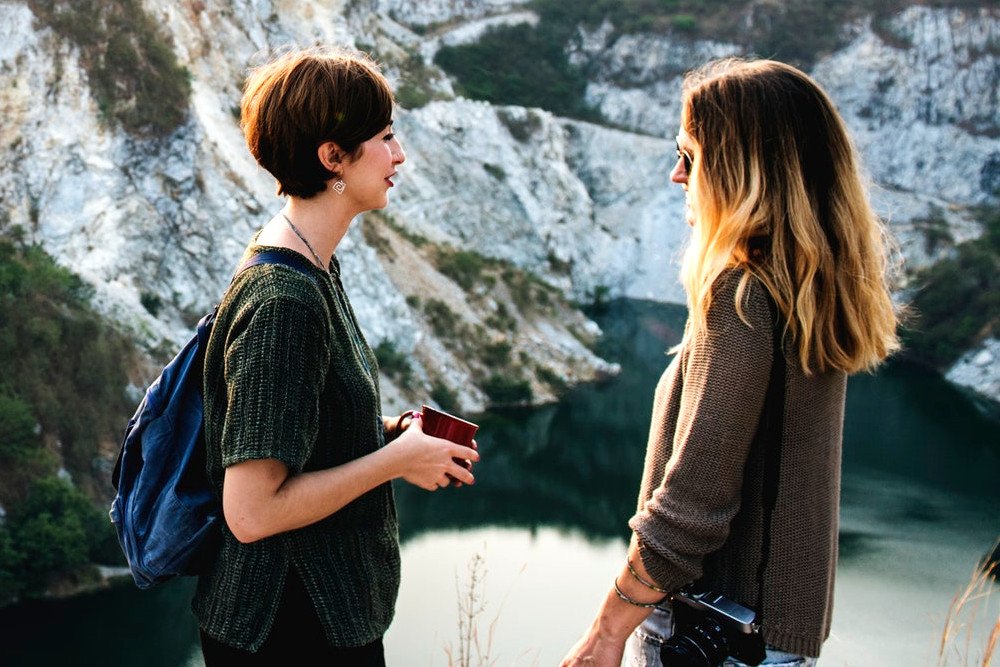 In most cases, it’s the meaning of sentences that we try to understand, rather than the individual meaning of every single word in the sentence. (Photo Credit : Pexels)

However, if the same situation is reversed, i.e., you go to Paris and have to ask for directions to the nearest toilet, you will likely struggle to form entire sentences correctly and then speak them to a friendly French gentleman. (Pro tip: You should learn, for your own good, all the basic French sentences before taking a trip to Paris).

Now, let’s look at the biological aspect of this whole thing…

The Wernicke’s Area And Broca’s Area In The Brain

‘Language’, as a whole, is handled by a specialized region of the brain, but hearing/understanding and speaking are handled by separate regions of the brain. 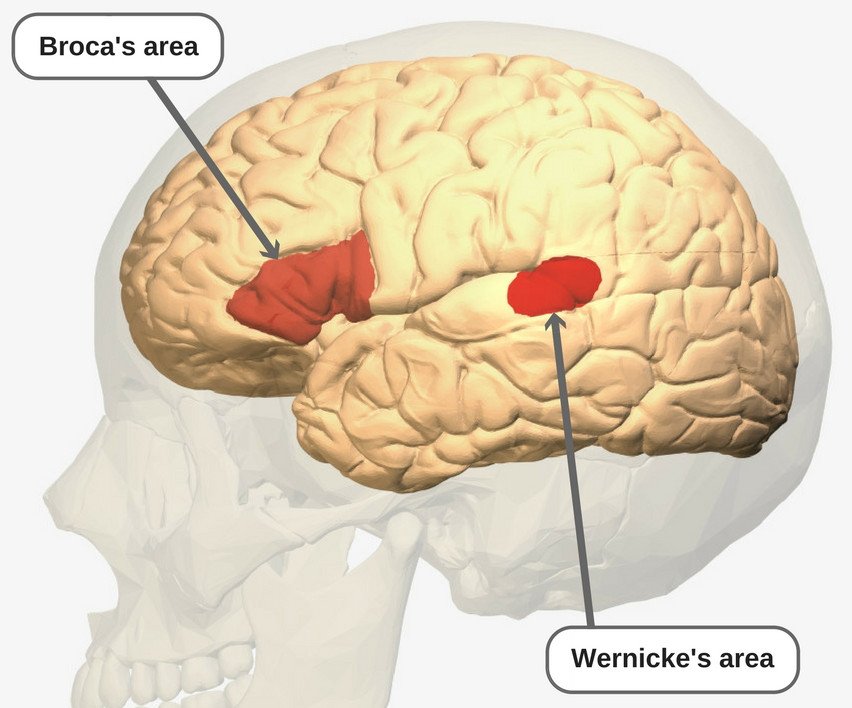 The Wernicke’s area and the Broca’s area in the brain(Photo Credit : Polygon data / Wikimedia Commons)

Thus, language comprehension and reproduction are NOT handled by the same part of the brain, which might further explain why understanding and reproducing a language may not necessarily go hand in hand.

Although they are in different regions of the brain, both of these areas are connected by a bundle of axons known as the arcuate fasciculus. It should be noted that these two regions may have different functions, but they are not the only two regions involved in the comprehension and production processes.

Also Read: Why Does It Require Schooling To Learn To Read, But Not To Speak?

All in all, the key to properly speaking a language is practice. If you don’t actually practice speaking, you might get good at understanding a language, but you will never be able to perfect the ‘reproduction’ aspect of the language.

As a result, if you go on a trip someday to a foreign land, and you’re particularly unlucky and technologically-challenged, you will have to bear the discomfort of holding in your pee for a very long time, and simply hope that a compatriot comes to your rescue and guides you to your destination.