In the case of bubbles, the air molecules trapped inside experience a force from the air molecules outside the bubble. They, in turn, also exert an equal and opposite force. Due to this, the air bubbles inside try to cluster together into a shape that minimizes their contact with the outside air. The resultant shape is spherical.

I remember that whenever I used to go to any fair, I always looked for one of those little things that you can make bubbles with. You know, the little bottle of soap solution and a ‘wand’ that you can dip into the former and then blow through to make round, beautiful bubbles.

Well, if my description isn’t helping much, the following picture should tell you what I’m talking about: 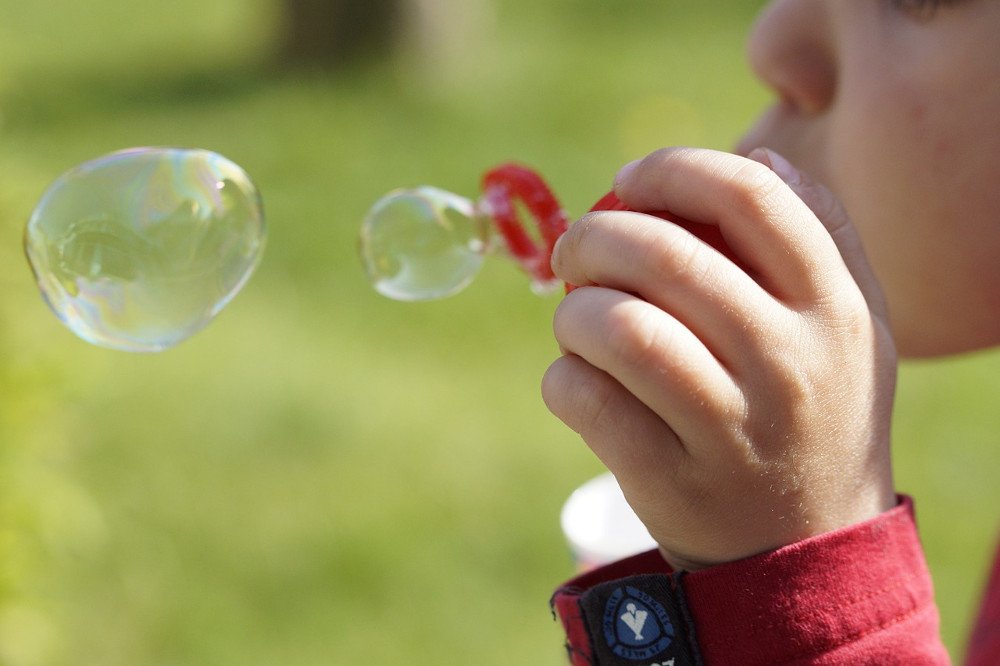 Have you made bubbles like this? (Photo Credit : Pixabay)

I’m sure that you’ve made bubbles using this ‘device’ at some point; if not, you may be dead inside. Or from another planet.

Anyway, the thing about the bubbles that’s really cool is that a) they are so colorful, and b) they usually are absolutely spherical. No matter what the size, bubbles that form with this toy are always round!

Come to think of it, it’s not just the bubbles made by this toy that are spherical, but practically all bubbles, right? Have you ever thought about why?

Note: Not all bubbles are necessarily spherical; they can come in different shapes other than a sphere, but for the scope of this article, we shall only consider the most generic shapes, i.e. spherical ones.

So, let’s get started.

A soap bubble is an extremely thin layer of soapy water that encloses a given volume of air. As such, the bubble forms a hollow sphere and possesses an iridescent surface (i.e., a surface that appears to gradually change color when viewed from different angles). 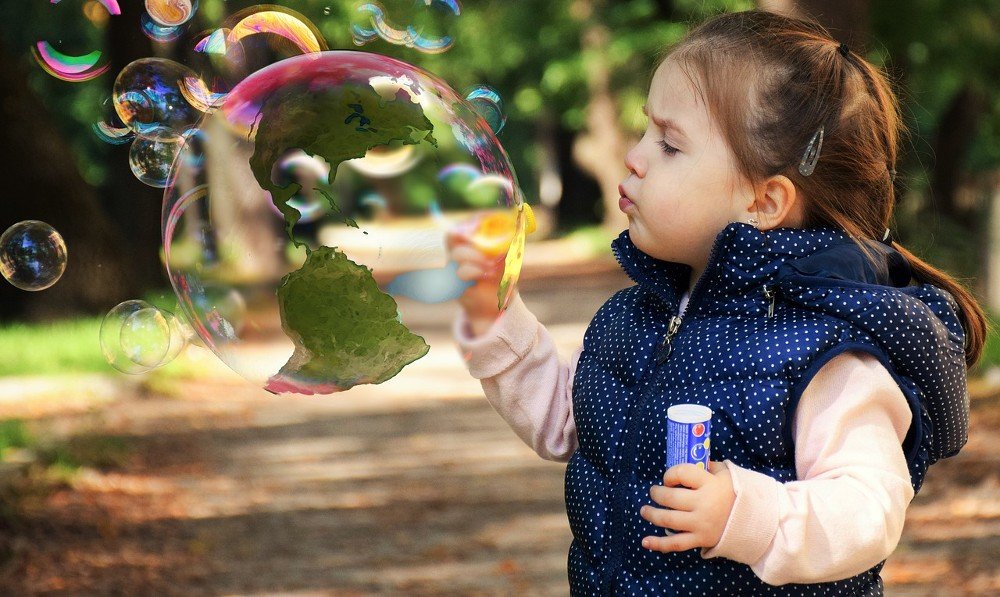 Also Read: Science Behind The Shape Of Bubbles And Why They Pop

Simply put, you could say that a bubble is just air wrapped in soap film. The soap film is made of water (or some other liquid) and soap.

Soap bubbles don’t last more than a few seconds, and often burst on their own or after coming in contact with something else. Bubbles can pop when they’re poked with something, or even burst all by themselves. The latter happens when the water between the soap film surface evaporates.

Those are some basic things to know about bubbles in general. Now, let’s address the question we posed in the title:

Why Are Bubbles Round?

As mentioned earlier, a bubble is essentially a film of soapy water that surrounds a given volume of air. Now, this thin soapy film is made of molecules that have a tendency to pull each other together. The air surrounded by this film is contracted by the film, and since it’s a gas, it exerts an equal force on every surface point that comes in contact with it. 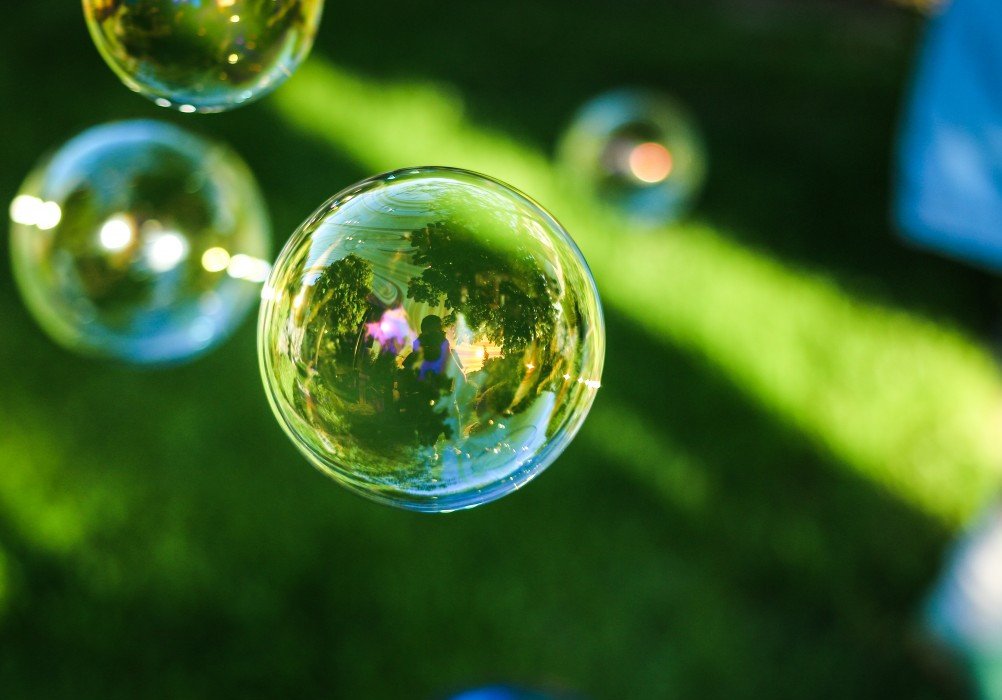 A bubble traps air inside it, and as such, is hollow. (Photo Credit : Pixabay)

The film goes on contracting until a point is reached when the forces causing the contraction of the film are balanced by the pressure (which causes the air molecules to exert a force on the film) that the trapped air exerts back on the film. At this juncture,the forces exerted and experienced by both parties are in equilibrium.

The resulting shape of such an equilibrium of forces is a sphere, because, mathematically, a sphere is the only shape in which every single point is exactly the same as every other point in the shape. Thus, in a spherical bubble, every soap molecule is pulling on an equal number of surrounding soap molecules. 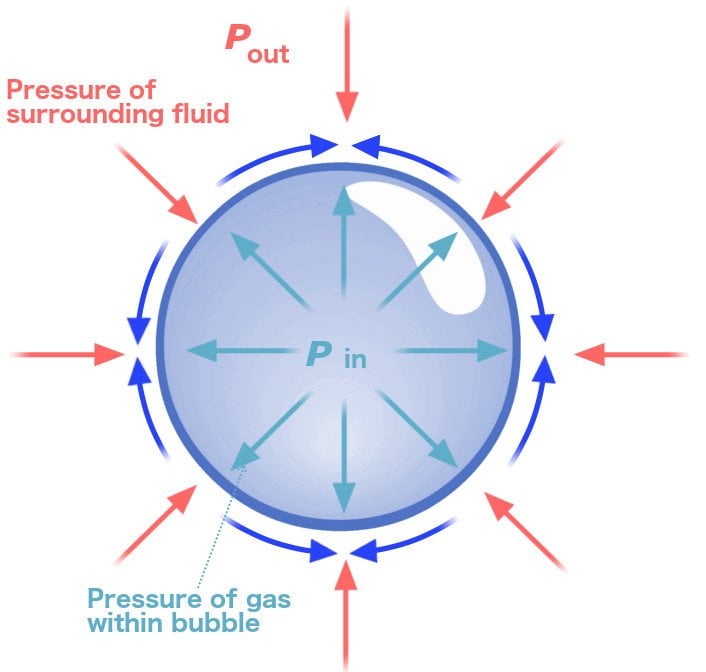 How the air trapped inside the bubble results in a spherical shape.

Another way to look at the spherical shape of bubbles is that a sphere is the only shape that can store a given volume (of anything) and retain the smallest surface area. For instance, let’s assume that you have two containers, one of which is spherical and other cubic. Both of these containers can store the same amount of material in it.

If you measure their dimensions, however, you’d notice that the surface area of the spherical container would be less than the cubic one. This applies for every other shape when compared with a sphere; the latter always has the least surface area for a given volume.

Also Read: What Is Surface Tension?

In the case of bubbles, the air molecules trapped inside experience a force from the air molecules outside the bubble. They, in turn, also exert an equal and opposite force. Due to this, the air bubbles inside try to cluster together into a shape that minimizes their contact with the outside air. The resultant shape is always spherical and the force that pulls the air bubbles together and keeps them in a spherical shape is referred to as surface tension.

In other words, you could say it’s the surface tension that is responsible for the spherical shape of bubbles.