Vortex rings are vortices that form in a fluid or gas, often when the speed of a fluid/gas is rapidly changed or when a fluid or gas of a different makeup or speed is injected into a second fluid or gas. Fluid dynamics, buoyancy forces, friction, drag and various other factors play into the formation and sustenance of vortex rings both underwater and in the air.

If you have ever sat down for a relaxing afternoon at a hookah bar, you’ve likely seen someone showing off their skills in blowing smoke rings. They are captivating, because despite being made of a gas, which we know will (generally) evenly distribute within its container, these right rings seem to whirl and dance in place, refusing to break apart or fade. Some people can even do tricks, blowing dozens of rings or passing tiny spinning rings of gas through larger ones.

Humans aren’t the only creatures who have a fascination with such rings. Various marine creatures can create such rings underwater, both with air and fast-moving water. In fact, such rings—called vortex rings—can be made in a number of unexpected places, and still hold some mysteries for researchers to uncover. 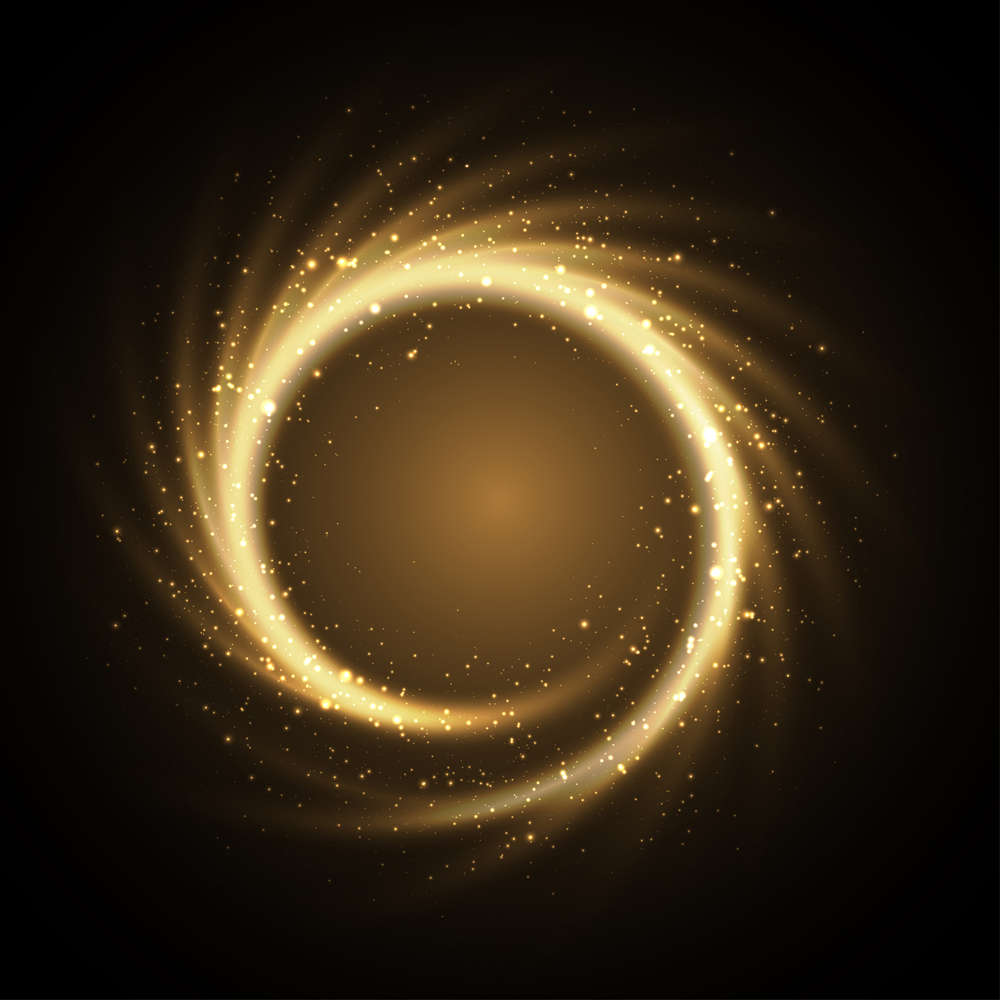 How Are Vortex Rings Formed?

More formally known as a toroidal vortex, a vortex ring is a vortex of a fluid or gas that forms around an imaginary axis line in the form of a closed loop. Basically, it looks like a ring of water or air, spinning tightly around itself and temporarily maintaining its shape and form. Some vortex rings can retain their shape for impressively long distances through water and air, provided they aren’t disturbed.

These types of vortices form very often in turbulent water, where the speed and direction of water varies in different pockets and regions, but in such unstable conditions, they are difficult to observe. However, you can see them rather clearly in other forms, such as rising from a lit tobacco pipe, around an erupting volcano, in front of a just-fired artillery weapon, in the explosion of an atomic bomb, or even emerging from your own mouth at a hookah bar! 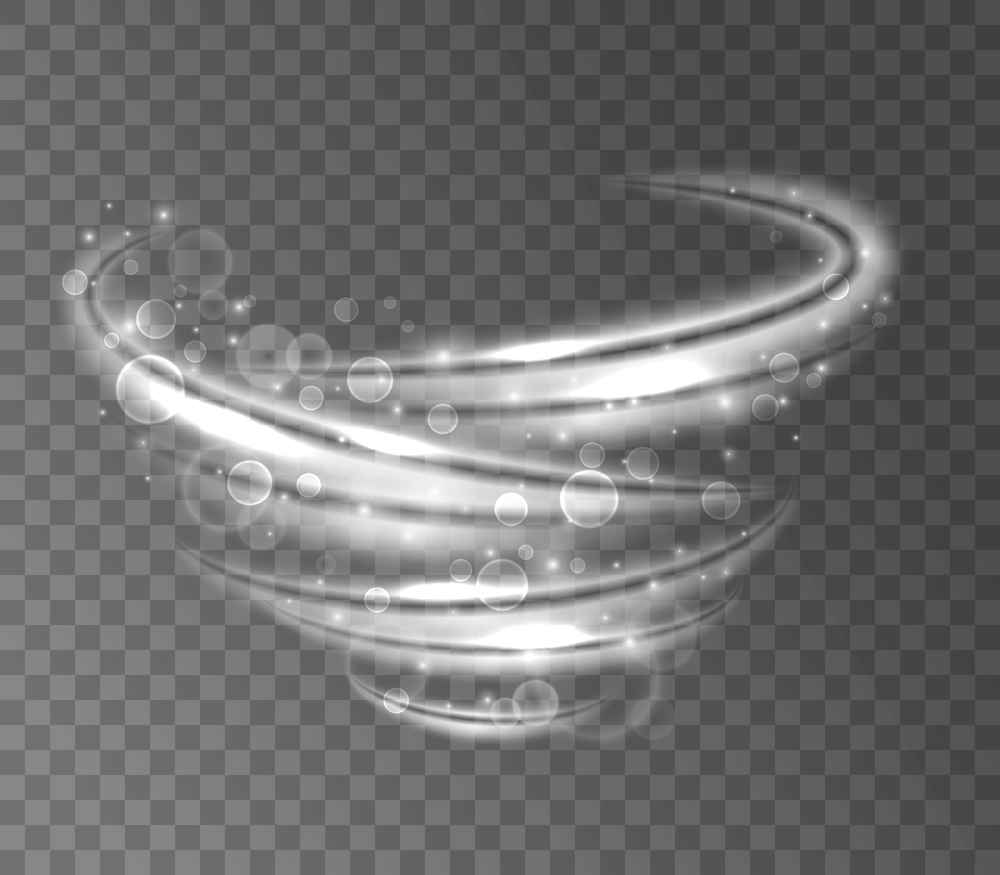 The science behind toroidal rings is quite simple at its most fundamental level. As a certain fluid or gas moving at a certain speed enters a region where another fluid or gas is moving at a different speed, a ring can form. At the interaction border of these two substances, the fluid particles move in a circular pattern around the core of the ring. The inner edges of the ring are moving faster than the outer edges, and therefore fold back in on themselves. These inner fluid particles spin around to the outer edge of the ring and begin to slow down and gather, but are then pulled back around the rotating core. as they are caught in the wake of the inner section, which is moving faster!

These visually fascinating types of rings can be caused by numerous things, such as dropping a mass into a fluid. In the wake of the descending mass, a ring of water will often form; imagine a bullet being fired through water in the movies! Some of the long watery wake from the rapidly moving bullet will form into vortex rings behind it, with the inner edges of the ring moving faster than the outer edges, perpetuating itself through the water.

Smoke rings are the easiest form of vortex rings to observe, and while we don’t encourage tobacco use in our readers, it is a rather beautiful thing to witness when done well. When forcing a large mass of fluid (smoke) out of a narrow opening (the mouth), the smoke will interact with the edges of the opening and begin to flow back upon itself when it encounters the non-moving air outside the opening. The inner edges of the smoke ring will move rapidly, coiling back around the core and holding the ring shape as it moves forward in the air. These smoke rings will slowly widen and lose velocity as more of the fluid particles are disturbed and break off from the toroidal motion.

The creation of a vortex ring, as we have described it, sounds like something inherently manmade, but knowledge of these rings extends into the animal kingdom, including cetaceans, specifically dolphins, beluga whales and humpback whales. There have been countless observations and intentional studies on these creatures, because they often create, manipulate, play with and utilize vortex rings underwater.

When a dolphin flicks the end of its tail, or moves its head quickly, the shift in speed of the surrounding water is often enough for a vortex ring to form made of water. While this would be invisible—as it is simply water rapidly rotating in other water—these creatures then blow bubbles, which get caught up in the swirl of the ring. There is perhaps no clearer evidence that dolphins know how to play then watching them create vortex rings, infuse them with water and then dart around, seeming to play catch with their own creations. 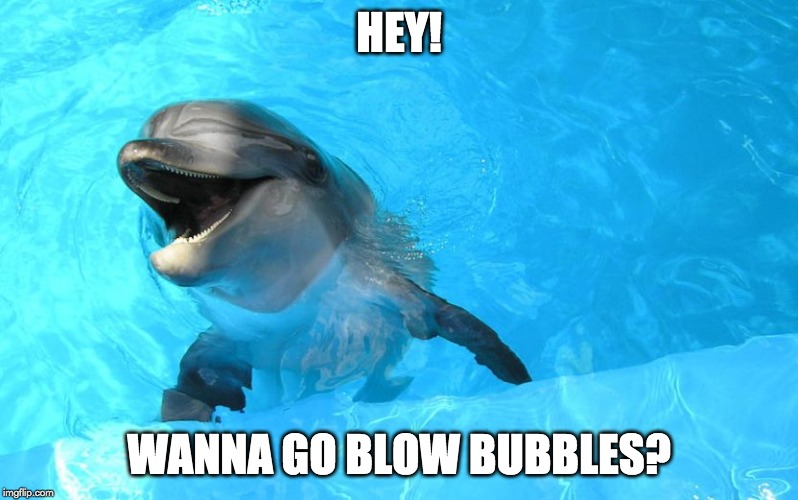 As mentioned earlier, these rings can often perpetuate for some time, allowing these creatures to play with them, moving them by flapping their tails, blowing other rings, cutting them in half, or even chomping through them. This final act of biting, when a playful sea creature is apparently “finished” with the game, will cause the ring to dissipate into normal air bubbles floating up to the surface.

Interestingly enough, vortex rings are particularly stable in water because fast-moving fluid has a lower pressure, so the still/slower water surrounding it will have a higher pressure, thus stabilizing the ring and keeping it in one piece, per se. This provides even more time for animals to play and maneuver these bubbles without them dissipating, as is often seen in gas or smoke rings.

Animals aren’t the only things that create vortex rings underwater; propellers and scuba divers are often the culprits. Propellers rapidly change the speed of water, and scuba divers occasionally release rapid expulsions of gas from their masks. Both of these scenarios are ideal settings for the formation of these entrancing rings!

If you’re feeling daring, next time you’re underwater, try blowing out a rapid burst of air from your mouth. If you do it right, you may be able to create a vortex ring of your own. For those who partake in the occasional evening at a hookah bar, work on your smoke ring-blowing skills and then explain the science behind them to your friends. Remember, the rapid movement of one fluid or gas through another fluid or gas of a different density, pressure or speed has the potential to form a vortex ring due to a combination of dynamic forces.