In some corner of the world, a teenage girl is crying herself to sleep after reading ‘The Diary of a Young Girl’, an autobiographical book written by Anne Frank, a historical icon who died in a concentration camp during World War II.

Now, imagine that same teenage girl waking up tomorrow and living in a world where WWII never occurred. Thus, there is no book that she read last night, and therefore no reason to be sad!

This could become reality if someone with a time machine travelled back in time and killed Adolf Hitler before his atrocities began. At least, this is what many movies have suggested.

Time travel is clearly a fascinating concept, and it has captured the imagination of scientists, physicists, philosophers, and fiction writers for centuries. However, would science and nature allow it? And if the answer is yes, would it really be that easy to change the course of history? 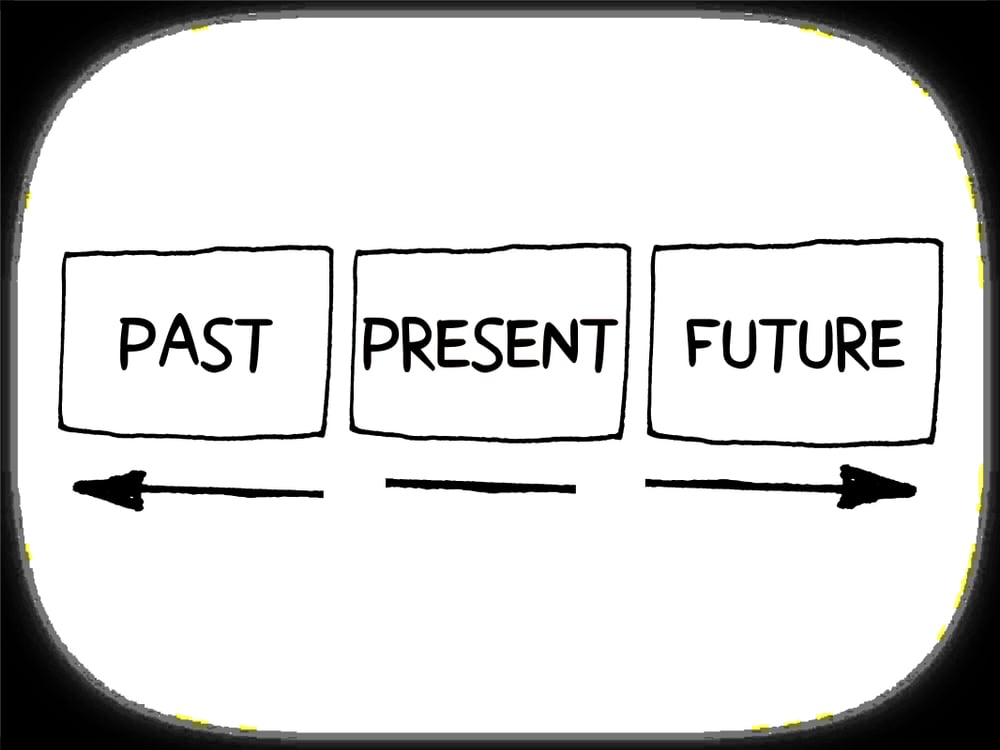 Traditionally, time has been understood as a line with a double arrow—with no defined start or end point. Along the length of the arrow, the present occupies the middle, while the other two opposite sides represent the past and future. This establishes time as a constant concept and states that we can only move forward in time.

A different, but widely accepted theory of time came from legendary physicist Albert Einstein. According to his ‘Theory of Special Relativity’, time can slow down or speed up, depending on the speed at which we move relative to something constant. 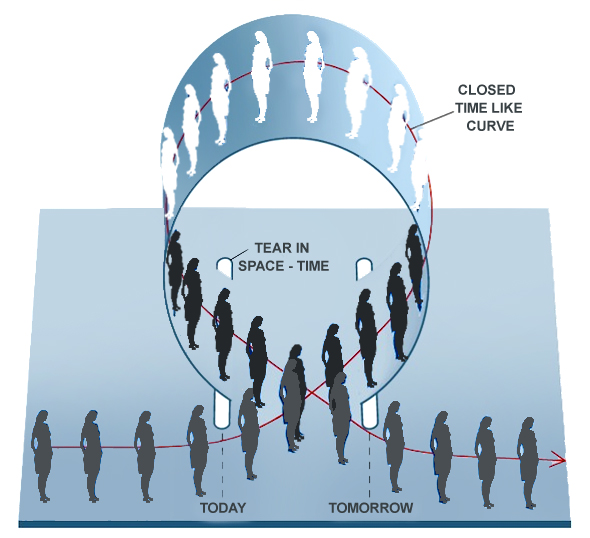 How to travel through time

Time travel obviously requires a time machine of some sort. Traveling forward in time is comparatively accessible. We would somehow have to travel at or faster than the speed of light. Achieving this feat could ensure our passage millions of years ahead in time. For a ticket to the past, however, one would have to bend time and space such that it formed a loop, known as a “closed time-like curve” (CTC). Theoretically, a CTC would act as a station where you could board the train (time machine) and follow the track back to your past.

However, this theoretical passage through time to the past would lead to a well-established problem known as the Grandfather Paradox.

What is the Grandfather Paradox?

A paradox presents a premise where the deemed solution is contradictory. That may be a bit hard to understand, so let’s break it down…

If we were to travel to the past, we would end up modifying it, right? That’s the whole point (i.e., killing Hitler). However, that is the hurdle of the Grandfather Paradox. As the name suggests, this plot revolves around the question: “What if you go back in time and kill your grandfather when he was a little boy?” This raises a question on the existence of the time traveler! How could the time traveler end up killing someone in the past, if that act would prevent the assassin from ever being born? Absurd, yes… but it still makes sense. That’s the Grandfather Paradox.

This has been the central idea around which the Terminator movies, Back to the Future, and most recently, Tenet, have all been made.

A problem may have many tiers, but a solution can shatter its foundation, thus bringing the whole thing crashing down. Fortunately, quantum physics (the study of subatomic particles) offers a way around this paradox through Quantum Entanglement. 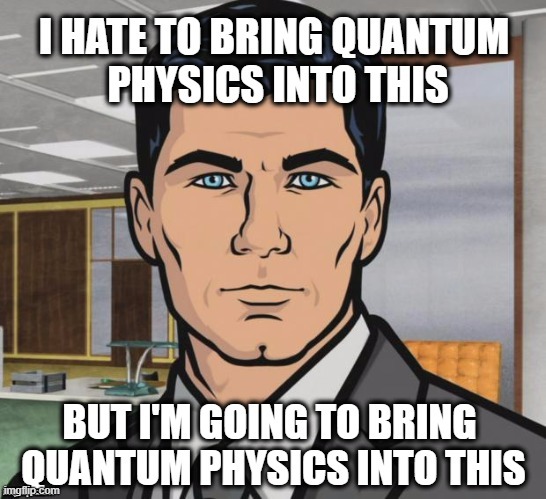 What is Quantum Entanglement?

Suppose you’re in the mood for an impromptu ‘The Big Bang Theory’ binge watching session. You have two folders named A and B on your laptop, but you can’t decide which one contains the downloaded episodes. Without opening the folders, there is an equal probability that it could be in either one of them. Given that, we can say that both the folders are in a state of entanglement; without external probing, they will continue to exist in this state. This somewhat explains the theory of quantum entanglement, an idea accurately explained by the Schrodinger’s Cat experiment.

Another way is by tossing a coin. When the coin is in the air, the heads and tails sides both exist in parallel on the present timeline and are said to be superimposed. The landing of the coin implements a wave function collapse, which establishes one possibility as the reality, while all other possibilities cease to exist. 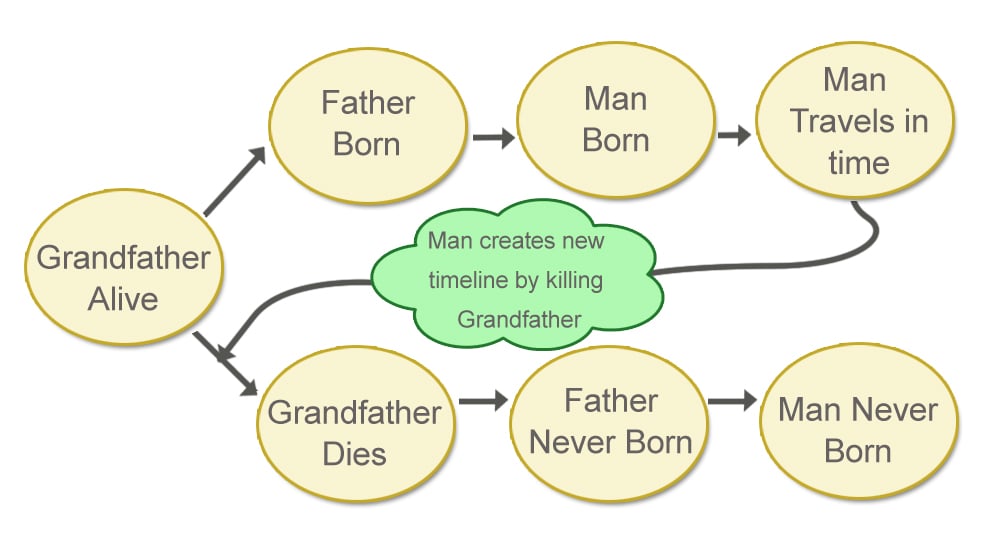 Let’s envision the following scenario together. You have taken a train (time machine), from the station (CTC) so as to travel to a stop named ‘How I met my Grandfather’ (time traveling in the past). However, as your train moves, you encounter a track crossing. This takes your train on a parallel rail line, which in turn takes you to a place that is an exact replica of your desired destination. Not only this, but there are many such carbon copies of the place you want to visit. There is only one condition on this traveling spree… you will never be able to repeat your visit to any of the replicas; you always end up in a new one.

The Many-Worlds Interpretation or MWI suggests a similar solution to combat the Grandfather Paradox. 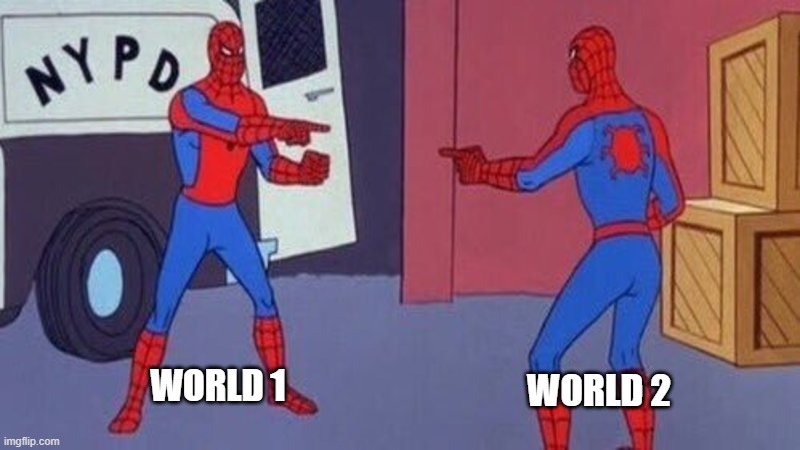 Understanding the intricacies of the MWI theory

The vortex of this paradox has intrigued great minds for generations. It wasn’t until the 1950s that this perennial musing on the issue reached a clearing from which a solution seemed reachable. American physicist Hugh Everett III came up with the Many-Worlds Interpretation, which proved to be a bridge over the hurdle of the Grandfather Paradox. It implies that there exists many different simultaneous worlds, and just because we can only see one outcome doesn’t mean that the others do not exist. 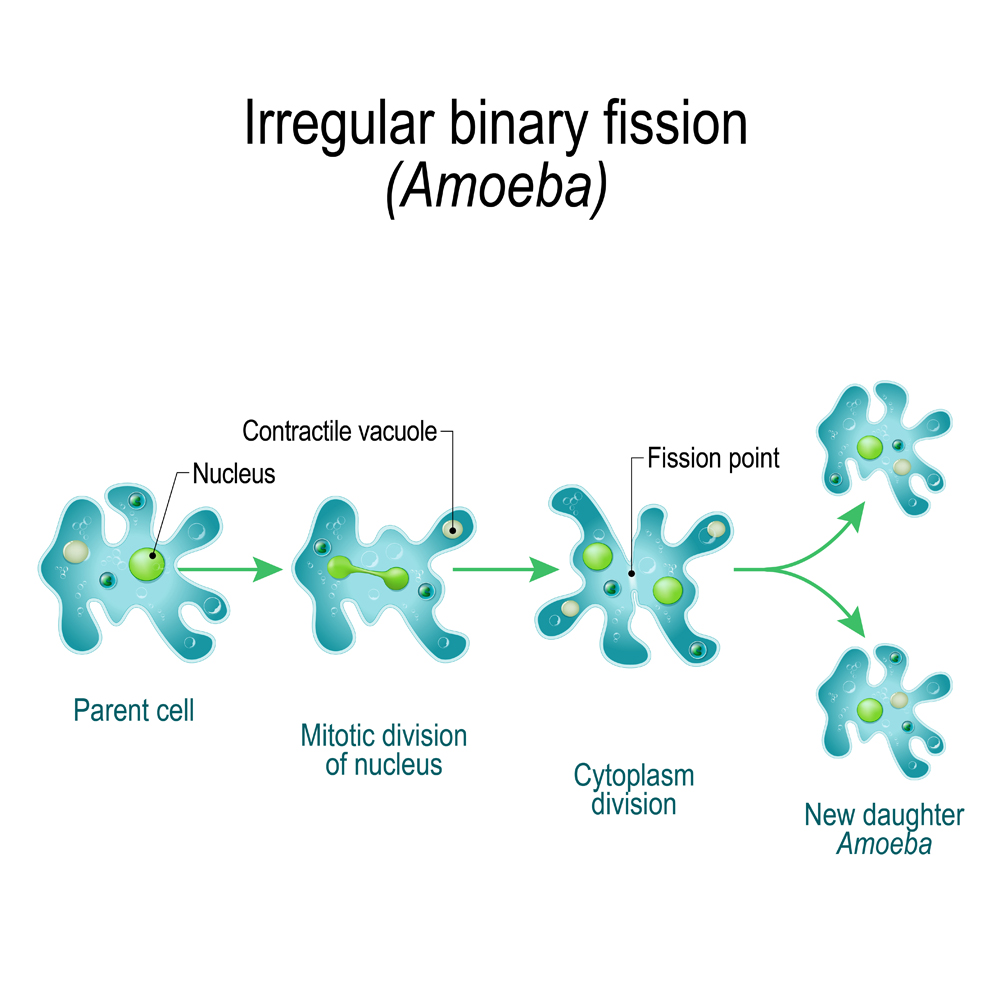 Initially, he used a situation in the lifespan of an amoeba to explain his theory. Explaining that the two daughter amoebas that come from a parent amoeba will have a similar history, until their point of separation. Once split from each other, they have their own memories and experiences, thus widening the differences between them. Even so, both of them exist simultaneously, not alternatively.

Tracing this trajectory, physicist David Deutsch’s ‘Many-Worlds Theory and Multiverse Theory’ offers the most eminent theoretical solution to the paradox.

It suggests that there are multiple parallel dimensions of time and space that exist simultaneously. The multiverse was defined by him as the superposition of universes. They will separate and differ in their course once an observation is made. Just because an observer cannot witness or be in another world does not cancel out the existence of parallel entities. It’s like being a flat Earther: I can’t see or feel it, so I won’t believe in it.

How does the solution offered by the MWI alter the problem of the Grandfather Paradox?

Finally, we can align the MWI theory with the situation outlined by the Grandfather Paradox. First of all, the time traveler visiting the past will land in some replica of history. As soon as the time traveler steps out of the time machine in that past timeline, the phenomenon of wave function collapse occurs.

Initially, the two coexisting histories were identical, but enactment of the grandfather paradox will separate them with different presents. In one of them, the grandfather will be killed by someone who came from a time machine. While, in the other dimension, no one arrives and so the grandfather lives and goes on to have children and grandchildren, one of whom travels via time machine and becomes a killer. 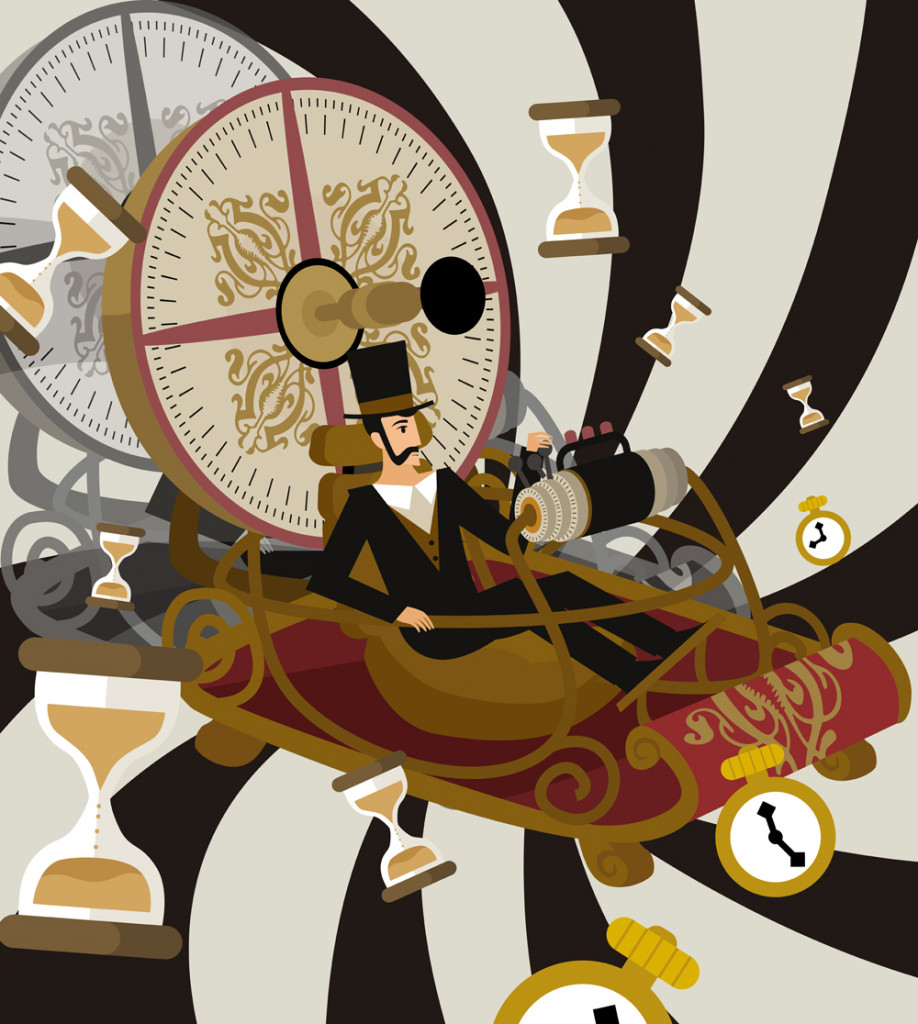 Verdict: Is this the absolute solution?

What’s important to understand is that, in theory, such problems exist and such solutions work. A time may come when these interpretations are put to the test in the “real world”, but that may still be a ways off. There will always be speculation about the practical applications of time travel, as stated in the words of Everett from his unedited dissertation, “We must renounce all hope of finding anything like the correct theory… simply because the totality of experience is never accessible to us.”