As with everything in life, Newton’s beloved gravity comes into play. The gravitational force of Earth begins pulling you back down as soon as your feet leave the ground (despite your desire to soar through the air).

Michael Jordan is one of the greatest basketball players to ever step foot on a court. End of story.

Even those people who have no interest in or knowledge of basketball must have heard his legendary name. His skills with the basketball astonished spectators all over the world and have continued to define excellence in the game.

Although every area of his skills is awe-inspiring, there is one particular trait of his game that lefe his competitors’ jaws hanging to the floor in unabashed respect: his hang time.

Now, I know what you’re about to ask; what the heck is hang time?

What is Jordan’s hang time?

Now, what could be so special about Jordan’s hang time? Did gravity act on him differently or something?

Well, although it seemed like he regularly broke the laws of physics, he just happened to have an impressively long hang time.

Is It Really Superhuman?

Generally, the hang time of a person is less than 1 second (a bit less than what you expected, right?). An average human’s hang time is somewhere around 0.53 seconds. In fact, the maximum hang time a normal human being can manage is 1 second – no more than that.

Michael Jordan’s longest hang time record – the time when he remained airborne the longest – is 0.92 seconds. That’s probably why he is considered to be so great. That is far longer than the average human being.

The Science Behind Hang Time

Obviously, a person can’t remain airborne for long. Why, you ask?

As with everything in life, Newton’s beloved gravity comes into play. The gravitational force of Earth begins pulling you back down as soon as your feet leave the ground (despite your desire to soar through the air).

Earth pulls you back to the ground with an acceleration of 9.81 m/s2 (the universal value of g all over the planet).

To calculate hang time, you need to consider few values, namely your initial height from the ground (which is 0), the initial velocity of taking the jump, and the value of acceleration coming back down to the ground. Once you plug in these values, you’ll be able to calculate your own hang time. 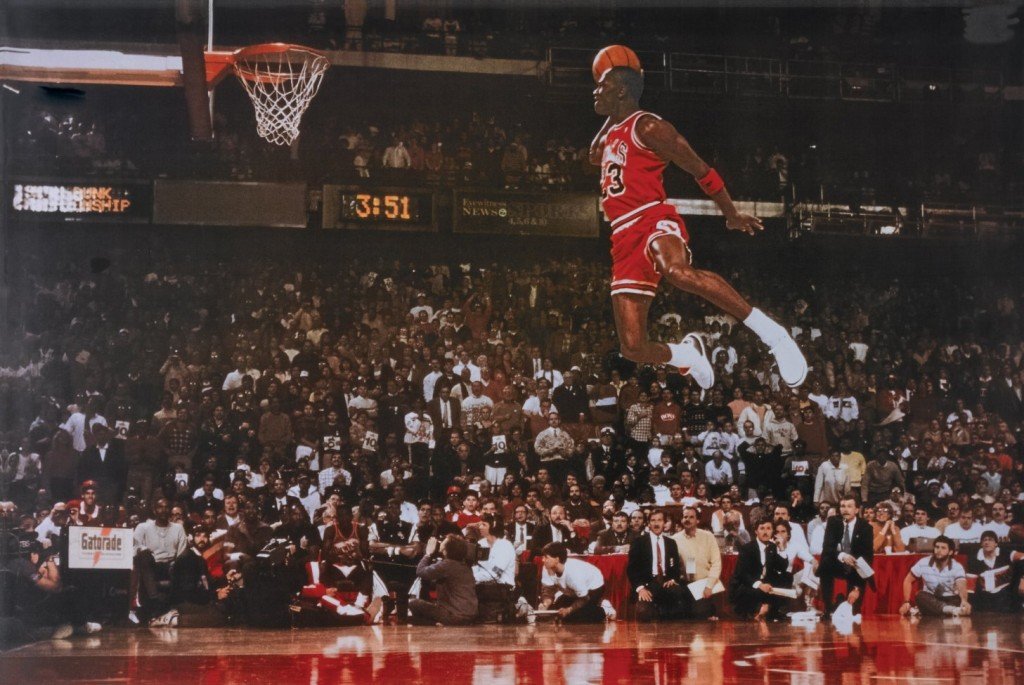 Is Hang Time the Same Everywhere?

On the same planet, yes. Whether you are in New York, London, or the top of Mount Everest, your hang time will remain the same.

However, let’s talk about the broader universe, where some truly impressive games of basketball could be played.

On different planets, the value of acceleration due to gravity changes, and so does the hang time.

If Jordan tried to dunk a basketball on Venus, he would remain airborne for a little longer than on Earth, as the value of g on Venus (8.81 m/s^2) is lower than the g variable on Earth.

If he tried to dunk on, say, Jupiter, what would happen then? Check out the video to find out:

How much do you know about Michael Jordan’s slam dunks?