The orbicularis oculi is the primary muscle responsible for eyelid closure. Like most facial muscles, the orbicularis oculi muscle too has a complex anatomy. Part of the reason can be attributed to the complicated spatial arrangement of the myofibers and their insertion directly into the skin of the face.

When I was first told by my oncologist that I needed to wear corrective glasses, as my vision had become less than perfect, I was heartbroken. I didn’t want to wear glasses at all!

So, the first thing I did after getting my first pair of spectacles was to try and figure out ways to get my vision back to normal, i.e., 20/20. While that exercise didn’t really bear the intended fruit, I certainly learned a great deal about human eyes. 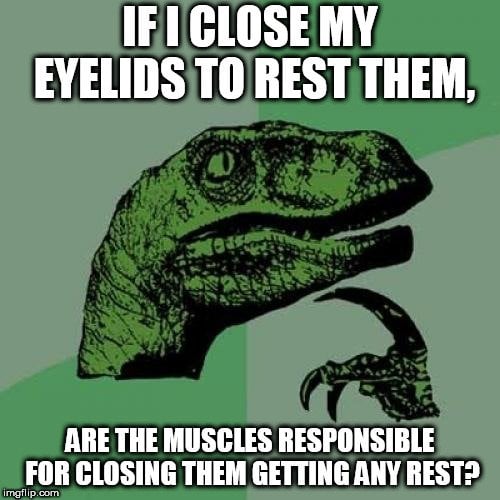 One of the things about eyes that always bothered me, as I’m sure it bothers many of you, is that certain muscles are still working when you close your eyelids to shut them completely.

You see, we’re often told that the best way to relax your eyes is to close your eyes and give them some rest. I, personally, have always associated the idea of ‘resting’ with certain relevant muscles/muscle groups becoming relaxed, which ultimately leads to the relaxation of the concerned body part. Following that logic, one would assume that when the eyelids are closed, no eye muscles are being engaged, because if they were, then those particular muscles wouldn’t really get a chance to relax, right?

That quandary brings us to the question – what happens in the ‘background’ when you close your eyes (more specifically, when you shut your eyelids)? Are some muscles still engaged when you close your eyes? (Image Credit: Pixabay)

Let me introduce the main muscle behind all this…

The orbicularis oculi is the primary muscle responsible for eyelid closure. Like most facial muscles, the orbicularis oculi muscle too has a complex anatomy. Part of the reason can be attributed to the complicated spatial arrangement of the myofibers and their insertion directly into the skin of the face.

The orbicularis oculi is not only responsible for actively closing the eyes, but also for much of the facial expression made around the eyes. The muscle can be divided into three types: orbital, preseptal and pretarsal (Source).

The orbital portion of the muscle has a reddish color and forms a complete ellipse, overlying the orbital rim and the cheek. This is thickest part of the muscle and is mainly responsible for forceful eyelid closure. 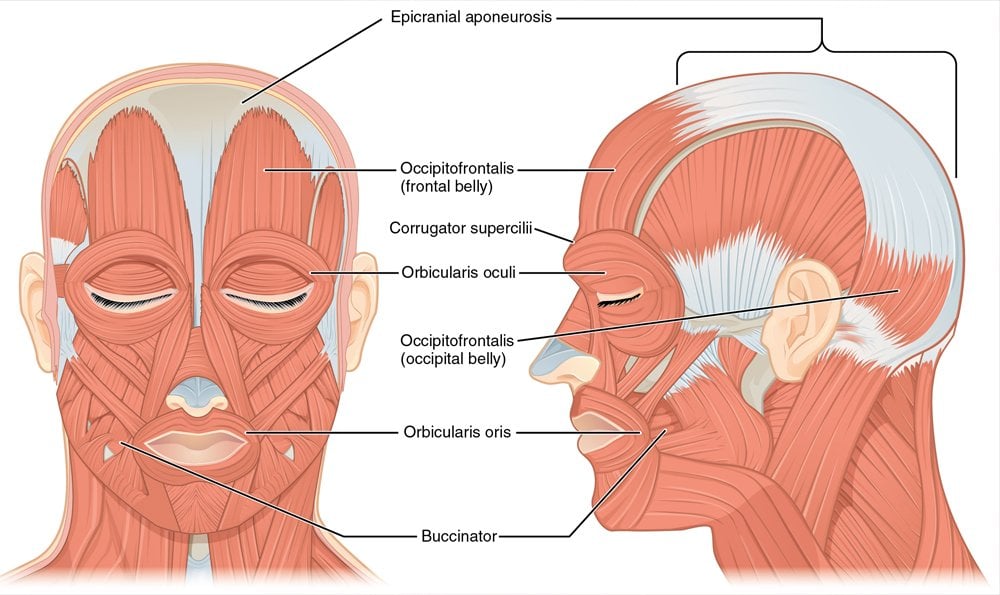 Front and Side Views of the Muscles of Facial Expressions. (Photo Credit: OpenStax/Wikimedia Commons)

The preseptal portion is thin and pale, and is formed by two half-ellipses of muscle fibers bifurcated by the medial and lateral canthal tendons. The pretarsal portion of the muscle is anterior to the lower and upper tarsal plates.

The main function of the orbicularis oculi muscle is to close the eyelids, and it is, in fact, the only muscle that can do so. More specifically, it is so critical that if there is any sort of injury/damage to this muscle, the subject loses the ability to close their eyes.

The palpebral portion of the eye acts involuntarily, closing the eyelids gently, specifically when one is blinking or sleeping. When the entire orbicularis oculi muscle is brought into action, the skin of the forehead, temple, and cheek is drawn toward the medial angle of the orbit, and the eyelids are firmly closed, as occurs in photophobia.

Are some eye muscles still engaged when you close your eyes?

You actually have different muscles that open and close your eyes. As mentioned earlier, the orbicularis oculi muscle helps to close your eyelid, while the levator palpebrae superioris muscle assists in opening it. 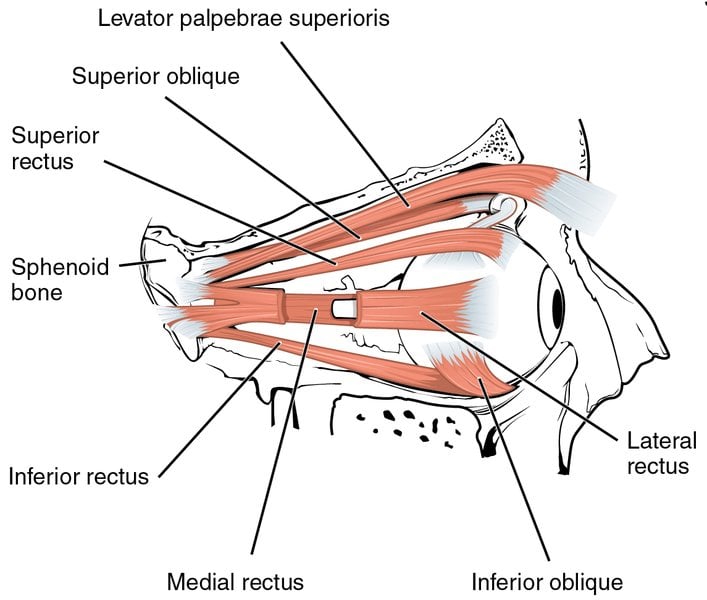 There’s also a third muscle that controls the upper eyelids, but only in special circumstances, such as when you are surprised/shocked. You cannot control this muscle actively; it fires all on its own.

When all these muscles are relaxed, your eyelids will be somewhere in the middle of being closed and opened, quite similar to how it looks when you’re tired!

So, to be fair, at any given moment, your eyelids are in the position they are due to the combined function of these muscles, which work in tandem. This is why it’s fair to say that, yes, even when you close your eyes, some muscles ARE still engaged, meaning that even when you’re sleeping, your body is never fully relaxed!

The short URL of the present article is: http://sciabc.us/TrU51
Help us make this article better
Prev Article Next Article