If we have gotten to the point where we can grow bacteria, why haven’t we discovered more species? This is known as the great plate count anomaly.

Bacteria are everywhere. They are on and inside our bodies, there are millions of them living in the soil beneath our feet, they swim in the oceans and float in the air.


Being both a boon and a bane, scientists have been trying to study them for centuries. The problem is, they’re elusive little buggers. One bacterium might be invisible, but scientists must study them by growing many together, forming colonies. In two hundred years of microbiology, we have grown 30,000 species of bacteria, but that’s only 1% of all that we think exist.

If we can grow them, why haven’t we discovered more species? This paradox is known as the great plate count anomaly.

A Look into the Past

In the age of a pandemic, where we wash our hands every time we go out, it seems unfathomable for doctors to go from conducting an autopsy to aiding childbirth without pausing to sanitize. Even as recently as 280 years ago, however, we knew very little about diseases and how they spread.

Our understanding of bacteria originated from diseases. Some scientists in the 1800s thought “bad air”, known as miasma, caused diseases like cholera. Others, particularly the Greeks and Romans, blamed an imbalance in a person’s “humors”. Add to this poisons in food that caused diseases, against which the antidote was other foods! 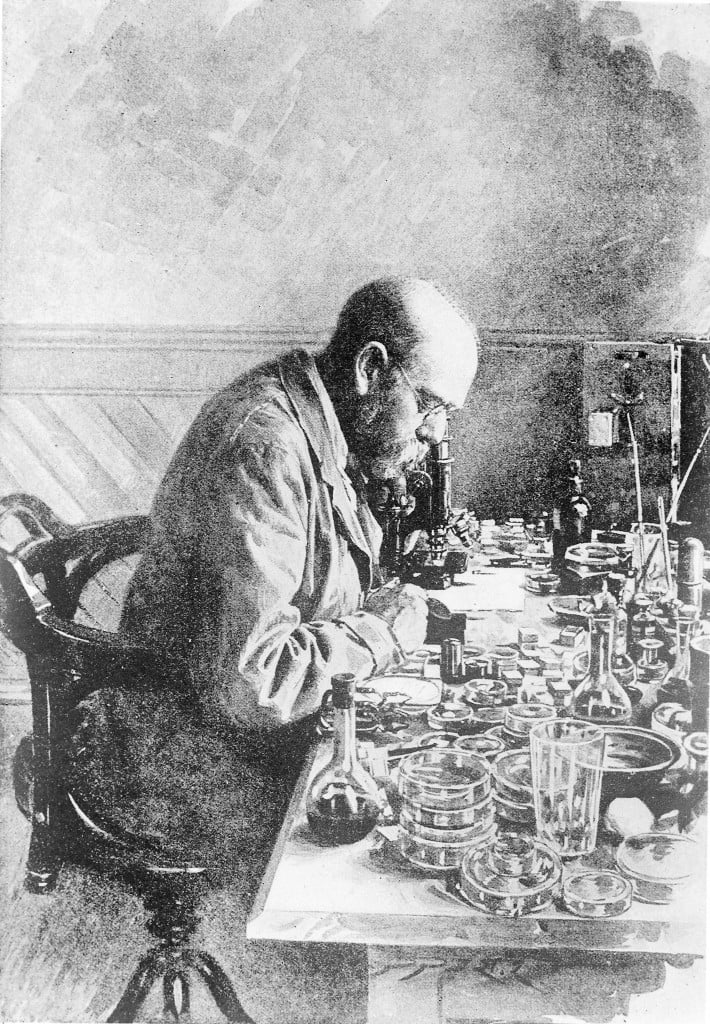 The revolution of microbiology came with Robert Koch and Louis Pasteur. Louis Pasteur famously espoused “germ theory”—the theory that invisible tiny microbes were the cause of diseases—in the 1860s, fifty years after miasma theory was proposed.

Robert Koch was the first person to grow bacteria in a lab.

Bacteria can only be visualized when grown in isolation on a plate. Plates are a medium with food for bacteria to grow. When lumps of one type of bacteria, known as colonies, form, characterizing one type of bacteria becomes a lot easier, and the bacteria become visible to the naked eye. Koch’s version of a plate was a small glass dish, filled with a solution of gelatin that would solidify, and form a layer on which the bacteria could grow and feed. Bacteria are present even in the air, so to protect his plates from contamination, Koch would cover the gelatin-filled glass plates with inverted bell jars.

This method was far from foolproof. Gelatin was useful, but spoilt easily and was prone to discoloration. Bell jars are heavy and difficult to negotiate. Removing them took time, allowing contamination to occur.

Inspired by Koch’s work, a young researcher in Koch’s lab named Julius Richard Petri innovated the Petri plate. Petri came up with the idea of covering one plate with another, slightly larger one, thus inventing the Petri dish.

The light inverted plate was much easier to move around than the bell jar, allowing work to be done much more quickly and preventing as much contamination. This elegant and simple design did not change for the next hundred years. Even now, Julius Petri’s plates are the same, though light acrylic plastics are now used, which allow microbiologists to stack and carry dozens of them at once. 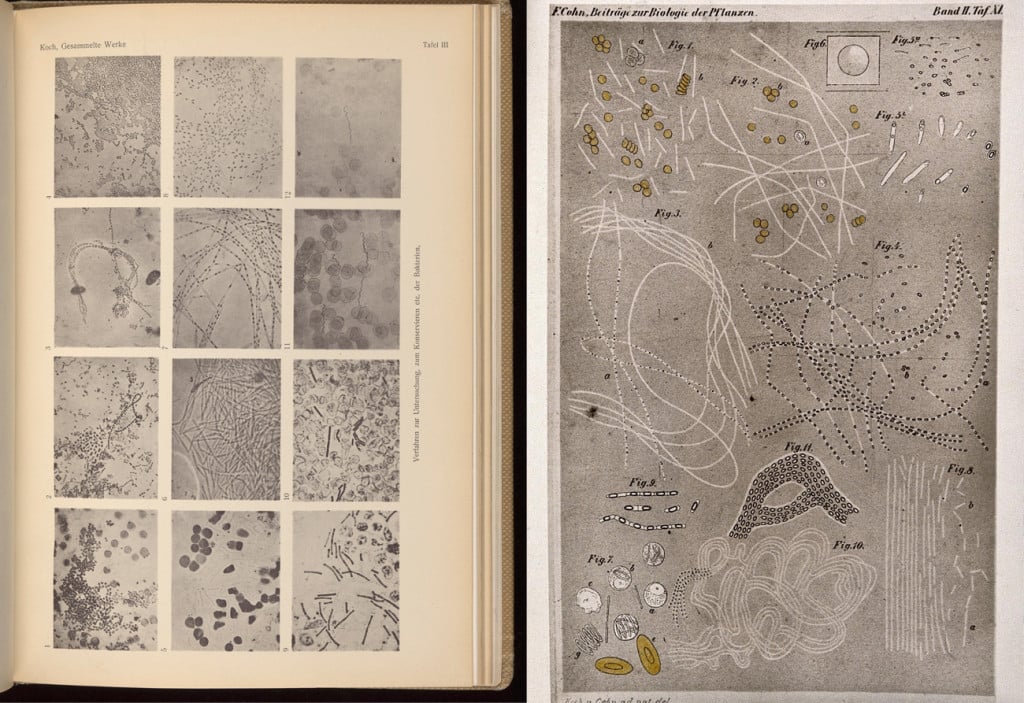 The problem of gelatin was solved by Fanny Hesse, the wife of one of Koch’s lab workers. She suggested the use of agar, known most commonly at that time as Chinagrass. She used them in jams and jellies, and noticed that they did not discolor. Agar could also be heated to a much higher temperature than gelatin without losing its properties.

With agar and the petri plate, the world of microbiology was revolutionized. Thus, the modern method of bacterial plating was born.

So, what’s the problem?

Bacteria are specialists. Hundreds of species have adapted to hundreds of specific conditions. It is easy to grow a bacteria that loves agar and room temperature; these species can contaminate and make it difficult to grow anything else.

But what about bacteria that live in more exotic conditions? What about the bacteria in deep-sea hydrothermal vents or those in the deep recesses of your colon? How would you mimic these conditions in the lab?


Other bacteria are known as obligatory symbionts. Think of our gut bacteria; they require the habitat of our intestines to flourish. Simply removing and growing them often doesn’t work. This is the case for all bacteria, which absolutely requires the organism with which they symbiotically bond.

All of these techniques assume that the bacteria you want to study can grow on plates in the first place, but this isn’t true. There are thousands of species of bacteria that have not been, and cannot be grown and isolated on agar plates. This is what is known as the great plate count anomaly, the difference between how many bacteria we know exist, and how many we can actually grow.

We know the great plate count anomaly exists because there are far more bacteria observable under the microscope than can be grown on plates.

The plate count anomaly is a headache for microbiologists because plating is the microbiologist’s workhorse. It allows one to expose the same bacteria to two different treatments to see what happens, such as testing the efficacy of an antibiotic on a particular bacteria. Growing newer bacteria is also the key to discovering antibiotics, in the race against increasing antibiotic resistance. Plating is also a key step in being able to isolate DNA from a bacteria. Without DNA, we cannot understand how different bacteria are related, or trace the evolutionary origins of all life on Earth.

Despite recent advances in microbiological techniques, it remains a novel field. As we discover more and more about it, we can understand it in greater detail.

Novel techniques of plating, and creative ways of mimicking the essential environments of a diverse profile of bacteria will enable us to grow a greater diversity of them in our labs. This generation’s Semelweiss, Koch, Petri and Fanny Hesse are out there innovating, learning, and leading their own quiet revolutions. With these eventual innovations, we can discover novel antibiotics, learn more about life on the microscopic scale, and perhaps even identify the very first organism to ever exist!