Hydrogen peroxide reacts with an enzyme present inside the body that decomposes while releasing foam. However, it is also stored inside cells, in such a manner that it does not destroy the cell itself.

Have you ever read the ingredients listed on a bottle of household disinfectant, chlorine-free beach, or a packet of hair dye? You’ll find something common to all three – Hydrogen Peroxide.

Hydrogen peroxide has been used since 1920s as a mild antiseptic to clean some injuries and abrasions. When dabbed over a wound or cut, it leads to the formation of a white sizzling foam that covers the injury, providing protection from infection thanks to its anti-bacterial properties.

Have you ever wondered why hydrogen peroxide bubbles on our wounds when it is applied as an antiseptic, yet it doesn’t have the same reaction on a table or our hair when used as a disinfectant or hair dye? If this has ever tickled your curiosity, you’ve come to the right place.

Hydrogen Peroxide is an inorganic chemical found abundantly in nature. Pure H2O2 is a clear liquid that is pale blue in color. It is the simplest known peroxide, the general term for any compound with a single covalent bond between two oxygen atoms.

Hydrogen peroxide is a strong oxidizing and bleaching agent. Storage of hydrogen peroxide is also notably difficult, as it slowly decomposes in the presence of light. Therefore, it is stored in brown bottles that prevent light penetration, along with the help of some added stabilizers (chemicals that slow down the oxidation of H2O2).

Why Does Hydrogen Peroxide Foam?

Chemically, hydrogen peroxide (H2O2) is a compound composed of two hydrogen and two oxygen atoms. It reacts with an enzyme found in our body called Catalase, subsequently breaking down into water and oxygen.

Enzymes are protein molecules with a specific shape that are used to speed certain chemical reactions. Catalase is manufactured in the liver and is used by the body to decompose certain chemicals produce during metabolism.

The dead cells and blood dissolve in the water and move up towards the surface, along with the oxygen, which bubbles out to give the wound a fizzy and foamy appearance. So long as there is a continuous supply of catalase, the reaction continues, and oxygen continues bubbling on the surface. 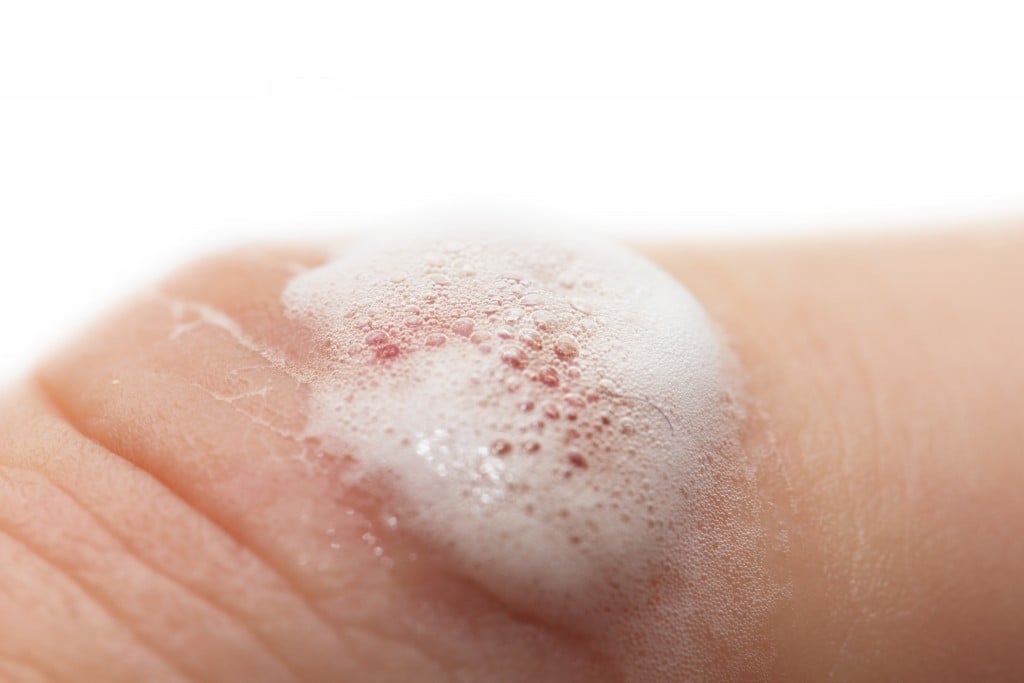 The foam persists for about 2 minutes (depending on the concentration of the peroxide), after which it starts to disappear due to the gradual destruction of the enzyme as the reaction proceeds. Catalase is an enzyme, meaning that it doesn’t take part in the chemical reaction, merely speeds it up. However, its presence is necessary for the reaction to begin in the first place.

Why Does Hydrogen Peroxide Not Affect Healthy Skin?

Catalase is found in most cells of our body (produced in the liver), our blood and some bacteria (Staphylococcus). However, only when the skin is cut or wounded will this enzyme be released and become available to react with. Unbroken skin does not contain catalase, so pouring hydrogen peroxide on smooth skin will yield no reaction.

An alternative reason for this might be the low shelf life of hydrogen peroxide. 3% hydrogen peroxide solution, which is generally used as a disinfectant, has a typical shelf life of 30 days once the seal has been broken. This means, if you don’t see bubbles form when the antiseptic is applied to a bloody cut or a wound, it might no longer be active.

How Can A Cell Produce Something That Destroys Its Own Walls?

Hydrogen peroxide is found in all living material. The white blood cells in our body naturally produce H2O2 to fight off bacteria and infections. Along with that, it’s also naturally synthesized in our body during various metabolic activities. If that’s the case, how do the cells prevent the gas from decomposing their own cell walls?

Fortunately, hydrogen peroxide is stored in specialized cell organelles called peroxisomes, which contain the enzyme catalase and thus instantaneously convert the hydrogen peroxide into oxygen and water, powering the cell in the process. As a result of this efficiency, the cell wall and other cell organelles, never actually come into direct contact with this chemical. 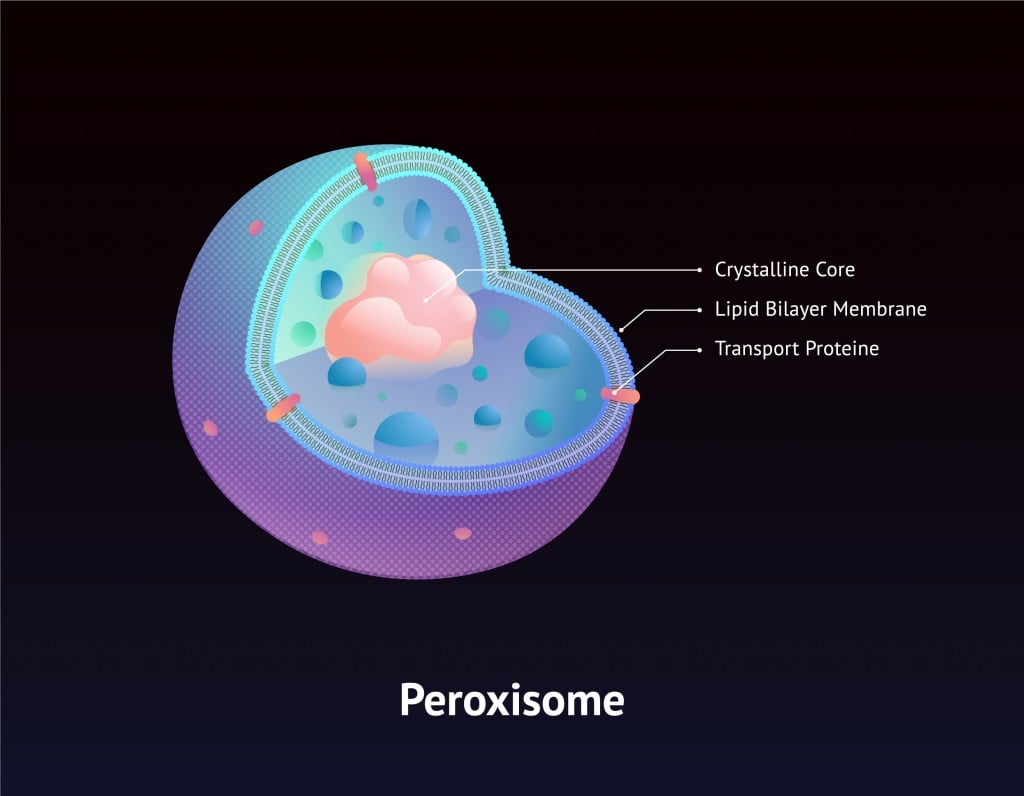 Although hydrogen peroxide has various uses in different fields, it is still a hazardous chemical and leads to toxicity through three main mechanisms: corrosive damage, excessive oxidation and lipid peroxidation.

The oral intake of large quantities of hydrogen peroxide may irritate the gastrointestinal tract, along with causing other problems, such as nausea and vomiting. The excessive foaming that occurs when encountering certain cells may obstruct the respiratory tract or result in pulmonary aspiration.

Hydrogen peroxide may also cause unnecessary reactions on the skin that lead to inflammation, blistering, irritation and severe skin damage. Although it has been used as a disinfectant for decades, modern doctors often avoid its usage, as it may lead to unforeseen problems.

Also Read: Why Is Rubbing Alcohol Used As A Germicide?

You might find the foam forming on your skin after the application of hydrogen peroxide to be amusing, but it does carry certain health risks. Foaming on the skin may not always indicate the destruction of bacteria, as hydrogen peroxide is equally capable of destroying healthy skin cells, depending on its concentration.

Thus, while hydrogen peroxide has a long history of being used effectively as a skin disinfectant, one should never use it without consulting a certified doctor or dermatologist. The pure formulas available at the drugstore have not been proven to be effective for any skin concerns or conditions. However, if you’re looking for an amusing science experiment, take a potato and pour some peroxide over it… the results will definitely be entertaining!