Spending time outdoors is not only a wonderful way to boost your mood, breathe in the fresh air and get some healthy exercise, but it is also an excellent time to explore the wondrous world of plants! With more than 375,000 identified species of plants, there is a lifetime’s worth of Earth’s green residents to explore. There are a number of major divisions in the plant world, and the evolution of plants does make for a fascinating study!

However, one of the most infamous divides in the plant kingdom lies between gymnosperms and angiosperms. The vast majority of plants on Earth are angiosperms, but gymnosperms still represent an important piece of many ecosystems. While they are both seed-producing plants, many of the similarities stop there. To understand this crucial dichotomy a bit better, let’s dive into what unites and separates these two important pieces of the plant world.

Gymnosperms are one of the two major classifications of seed-producing plants, although there are only about 1,000 gymnosperm species currently in existence. Between 300-400 million years ago, when seed plants first developed, gymnosperms were ideally equipped to survive and thrive. The main types of plants that belong to this division include conifers, gnetophytes, cycads and ginkgos, as well as two phyla that are now extinct.

Conifer trees are the most recognizable and common examples of this plant, all of which are cone-bearing seed plants. Conifer is a broad term that applies to many different types of softwood trees, including fir trees, cypress, cedar, redwood, pines and spruce. 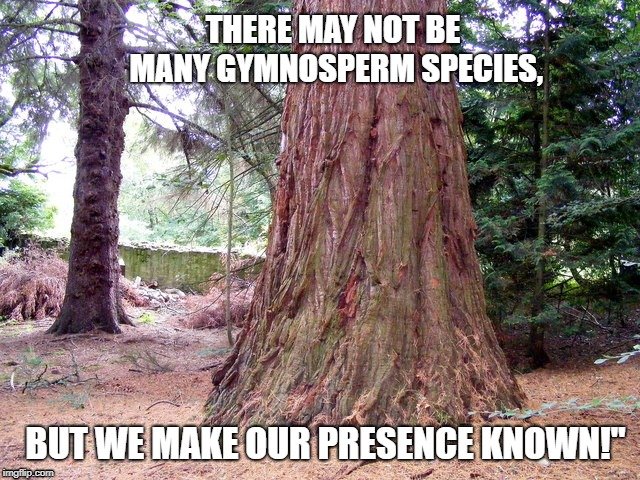 With more than 625 species in the Coniferophyta phylum, they make up the majority of gymnosperms. Gnetophytes and cycads represent approximately 200 other species of gymnosperms, and similarly have seeds that are exposed to their environment. Ginkgo biloba is actually the only surviving species within its own phylum of gymnosperms. There were two other phyla of gymnosperms that have been identified in the fossil record, but they are now extinct.

The word “gymnosperm” is derived from Greek and means “naked seeds”, which is an excellent way to describe this category of plants. Unlike many plants that you may be familiar with, gymnosperms do not enclose their seeds within any sort of protective structure, although there are a number of different dispersal systems used by gymnosperms.

In the case of conifers, for example, female cones are woody and contain the seeds – these are the classic “pinecones” you are likely familiar with. Male cones on conifers are often smaller and herbaceous, rather than woody, and are responsible for producing pollen. The cones do provide some protection while the seeds are developing, but will then open to release winged seeds in the air, gradually break down and let the seeds fall to the ground, or rely on birds to collect and distribute the seeds over long distances.

Some fire-adapted species will even store seeds in closed cones for decades, only to release them once the intense heat from a fire kills the adult tree. 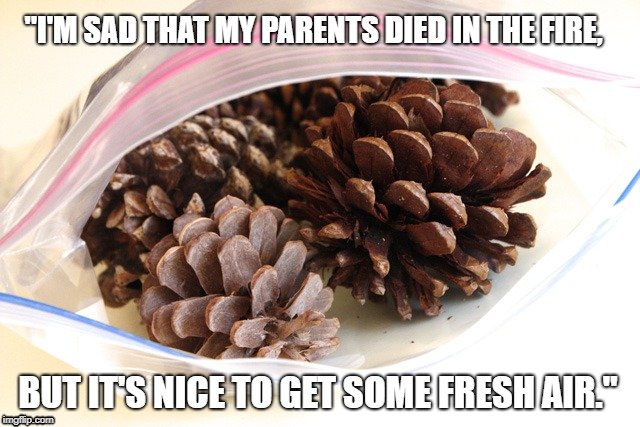 Aside from conifer’s use of cones, cycads rely on direct pollination of its exposed seeds, specifically from certain species of beetles, while gnetophytes boast a wide range of unique pollination adaptations, matching their incredibly diverse morphology and geographic locations. Whether the seeds are in cones, on scales or generated directly on the leaves of gymnosperms, they are exposed to the elements, which adds a great deal of risk to their successful reproduction!

These evergreen plants may not be as diverse or dominant as they used to be, but they do include some of the most remarkably beautiful species of trees in the world. And despite their seed dispersal being somewhat riskier than angiosperms, specialized adaptations have cemented their place in ecosystems across the globe. 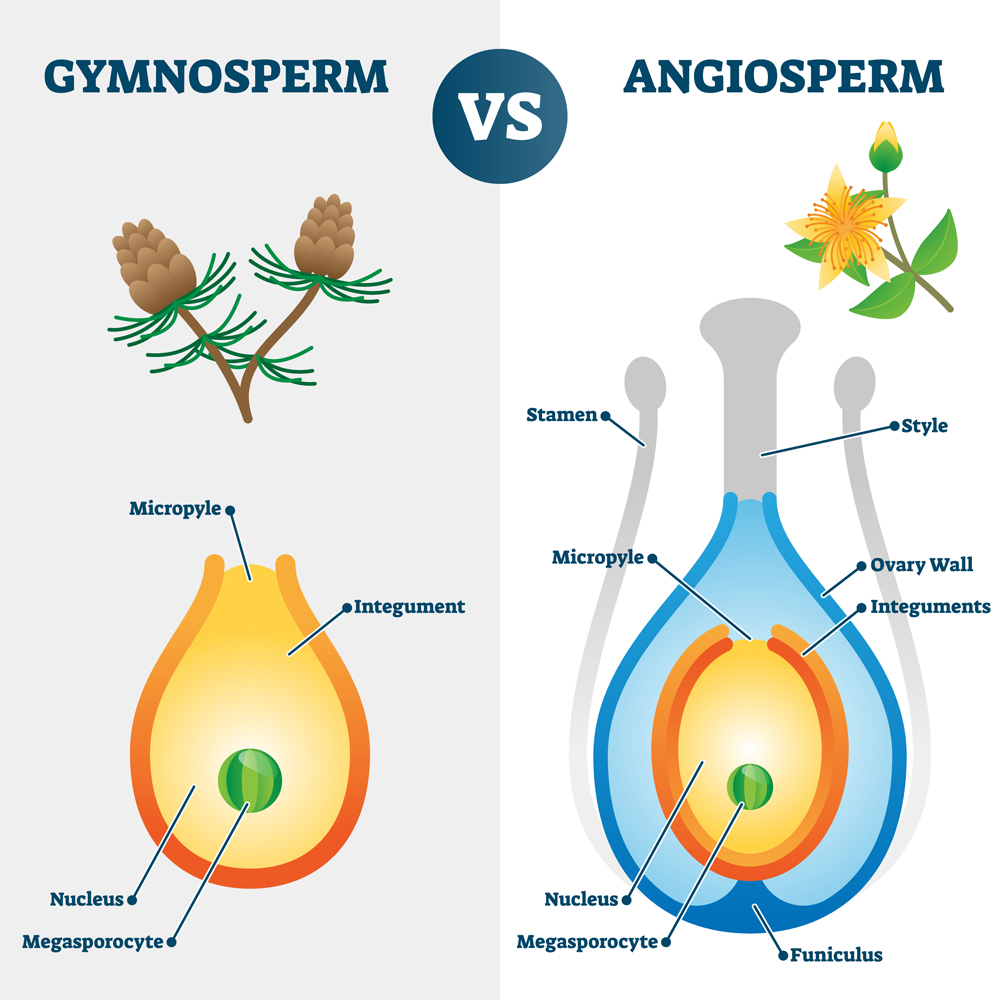 These flowers provide a number of advantages for angiosperms that rapidly enabled them to diversify and spread, specifically because the flowers make for “species-specific” breeding. With the specific anatomy of flowering plants, which include pistils and stamens, angiosperms are unable to self-fertilize, despite being hermaphroditic in most cases. This is either due to self-incompatibility, the inability of pollinators to transfer them to the same flower, or the male and female reproductive organs being present on different flowers.

Flowering plants also often develop specialized pollination relationships with different species of birds, insects etc., that increase diversification and make it easier for these species to fill different ecological niches. Their massive range of adaptations has also led them to have wide variations in color, leaf shape and size, as well as flower and fruit appearance. 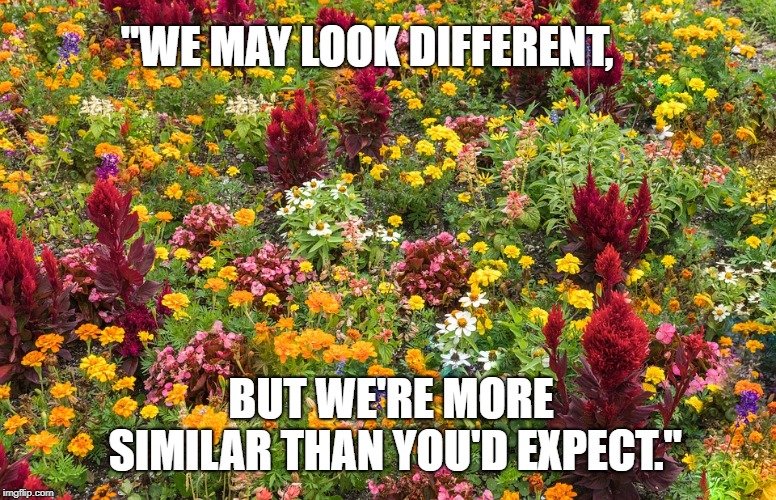 Another unique adaptation of angiosperms is the formation of the endosperm, a nutritive tissue that develops after fertilization. This will help to feed the growing embryo and provide essential nutrients to the nascent seedling, as well as protection. The flowering plants also have triploid vascular tissue, as opposed to haploid tissue in gymnosperms, and angiosperms also boast hardwood stems.

Although all fruits come from flowers, not all flowers will generate fruits. After fertilization and seed development, in many cases a flower will begin to turn into a fruit, which will then become the main seed-dispersal mechanism. The ability of these fruiting bodies to be eaten, and for the seeds to be consumed/excreted, means that seed dispersal can happen across huge geographical distances, further improving their ability to thrive and establish dominance.

Angiosperms are a key component in agriculture around the world, and include the grass family, the legume family, the nightshade family, the rue family and the rose family, among many others. These large classifications provide us with everything from rye, oats, sugarcane, pumpkins, melons and potatoes to cabbage, parsley, apples, plums and grapefruits. Aside from food, angiosperms are also highly relevant in the production of certain medications and clothing, whereas gymnosperms are primarily used for the production of lumber and paper (specifically Coniferae species). 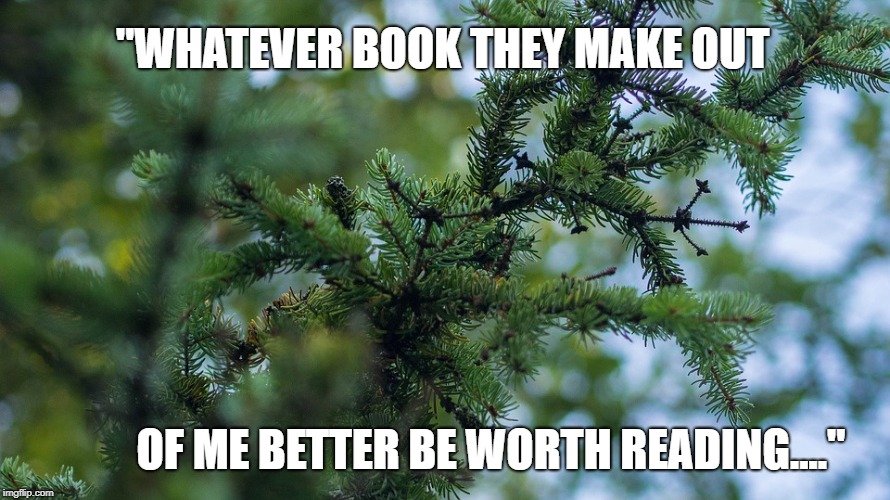 Nearly every plant that you see in your daily life is either a gymnosperm or an angiosperm, and both divisions serve specific purposes for our global culture and their respective ecosystems. Knowing the difference between these two groups helps one understand the long and complex sequence of terrestrial plant development throughout history, and can provide clues to the direction our ecosystems are currently headed!