Sunflowers can take up high concentration of radioactive isotopes and sequester them in stems and leaves hence, they have been employed to clean up contaminated sites following nuclear disasters.

As any seasoned gardener would tell you, a zombie apocalypse isn’t the best time to prune those greens or do a bit of maintenance work in the front yard. But if you have ever played Plants vs. Zombies, then you would know that planting zombie-zapping plants in your lawn is the right thing to do if you want to keep the zombies at bay.

“Did you know” I said to my sister, who was planting sunflowers in a mad frenzy, “sunflowers are the international symbol for nuclear disarmament?” Her gaze which had been fixed at the screen shifted to my face. “Really? Why?”

“In 1996, when Ukraine became a non-nuclear-weapon state, sunflowers were planted at a missile base in the country to celebrate this monumental occasion. Since then, sunflowers have become a symbol of a world free of nuclear weapons. But that is not all there is. It has been discovered that planting sunflowers after a nuclear accident may help clean up the contaminated areas, given the appropriate conditions.”

Following the meltdown at the Chernobyl Power Plant in Ukraine which released over 100 radioactive elements into the environment, sunflowers were planted in droves to pull out the radioactive isotopes from the fallout-impacted sites – an approach based on the principle of phytoremediation, which employs the use of plants to cleanse the environment. 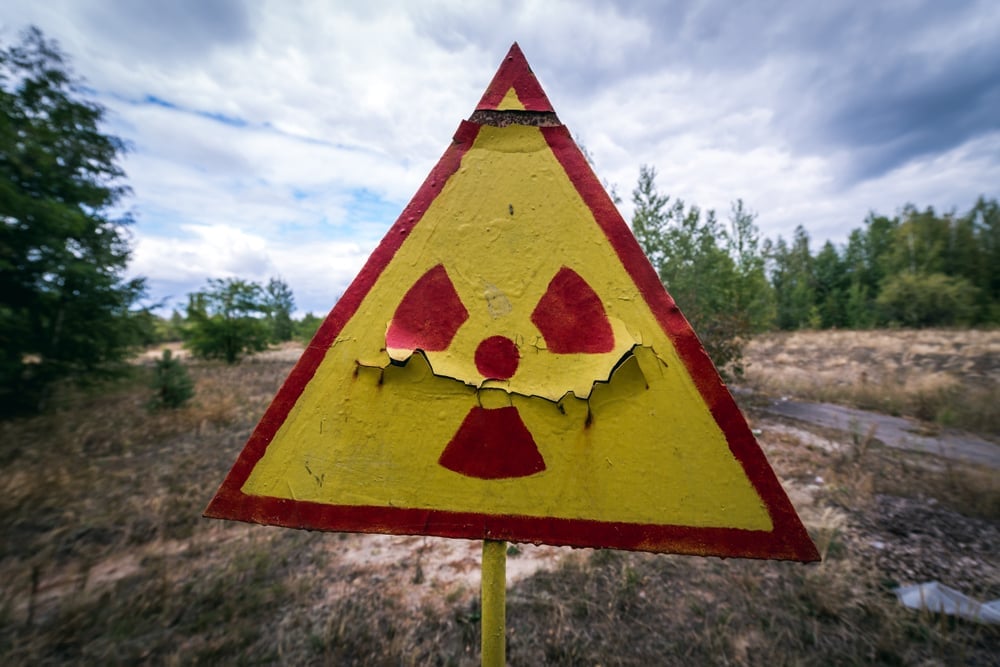 The Chernobyl sunflower project was born in 1994 when a New Jersey-based company planted sunflowers on a floating raft to absorb radioactive isotopes from the water. The test was carried out at a 75 m2 pond located at a distance of 1 km from the Chernobyl reactor.

It was observed that the plants selectively absorbed radiocesium (137Cs) and radiostrontium (90Sr) from the water and results indicated that about 95% of the radionuclides had been cleared out in a span of ten days.  While the majority of 137Cs stayed in the roots, most of the 90Sr had moved to the shoots. The sunflowers didn’t metabolize the radionuclides; they were incinerated and the radioactive waste left was disposed of safely.

Cleaning up with sunflowers: the hyperaccumulator

Life arose on Earth when levels of radiation were much higher than it is today. Plants, in response, evolved in ways that enabled them to survive in adverse conditions so, it is not surprising that some plants that have developed complex systems allowing uptake and removal of toxic and even radioactive materials.

Sunflowers have the ability to soak up exceedingly large amounts of toxic elements in their tissues, like 137Cs and 90Sr which were found in the radioactively contaminated sites (soil and ponds) around the power plant. Owing to this enhanced ability of metal uptake, sunflowers are called hyperaccumulators. 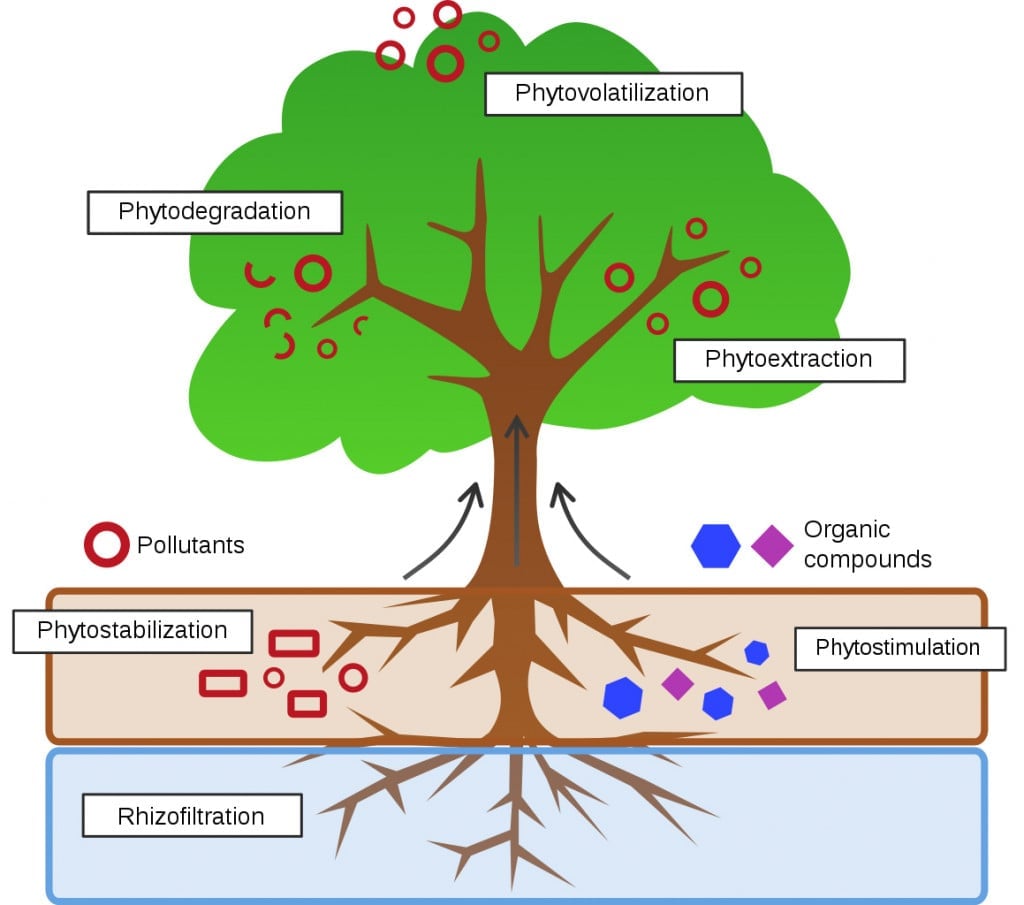 Not all plants can survive after absorbing toxins; many can’t stave off the poisoning and perish. However, the sunflower’s huge biomass and its ability to grow rapidly allow it to isolate the contaminants and continue growing.

Certain nuclear isotopes mimic the nutrients that the sunflower would normally absorb from the soil. Cesium, for example, mimics potassium which is essential for photosynthesis while strontium parallels calcium’s chemistry which is needed for the growth and structural development of the plant. While searching for these nutrients, the plant readily uptakes cesium and strontium that mimic these elements.

Sunflowers are proficient in root-to-shoot translocation of contaminants, i.e., the absorbed radioactive contaminants are concentrated in the plant’s biomass, and are converted into carbon-based forms. The harvestable biomass of the grown-up sunflowers can be disposed of via pyrolysis, a process in which the organic carbon in the plant is burnt leaving behind radioactive waste. The radioactive waste can be converted into glass by vitrification to be stored safely underground.

There is always a chance of hyperaccumulator plants being ingested by animals or birds and contamination spreading through the food chain. This is why, typically, sunflowers would be harvested before they start bearing seeds because the aim is to harvest the biomass which contains the contaminants. Once flowering and seed-production are initiated, the plants do not grow much vegetatively (roots, stems and leaves are known as a plant’s vegetative parts), i.e., production of harvestable tissue to store that contaminant is much lower.

For Chernobyl, while decontamination of water using sunflowers showed favourable results, the soil clean-up was not as effective. Since remediation methods were implemented a few years after the fallout, the radiocesium got bound to the soil particles which hindered its extraction from the soil.

Sunflowers were also planted in Fukushima, Japan after a powerful earthquake triggered a tsunami that led to a nuclear disaster at the Fukushima Daiichi Nuclear Power Plant in 2013. Efforts to implement phytoremediation using sunflowers here, however, were not deemed successful and had a markedly different outcome than Chernobyl which could be attributed to Fukushima having used a sunflower variety with no phytoextraction capability and cesium fixation in the soil.

This failure had significant implications in terms of highlighting the importance of screening  plant types for phytoremediation to be feasible. The plant species selected should be tolerant to high concentrations of the contaminant while accumulating a substantial amount of the target contaminant in its tissues. It should grow rapidly and have a high biomass production capacity. Field mustard, amaranthus and cockscomb are some other plants that have been utilized for phytoremediation.

Since radiation after a nuclear fallout often rests on the top inches of the soil, in order to decontaminate soil, another method attempted by Japan has been to excavate the nuclear waste from the soil to remove the top layers of the soil where the contaminants have settled. The dug out toxic soil is packed into plastic bags and then stored for off-site disposal. This is a massive undertaking that is not only expensive but also highly dangerous as it involves the transport of the contaminated material to a different site, adding risks of secondary contamination. 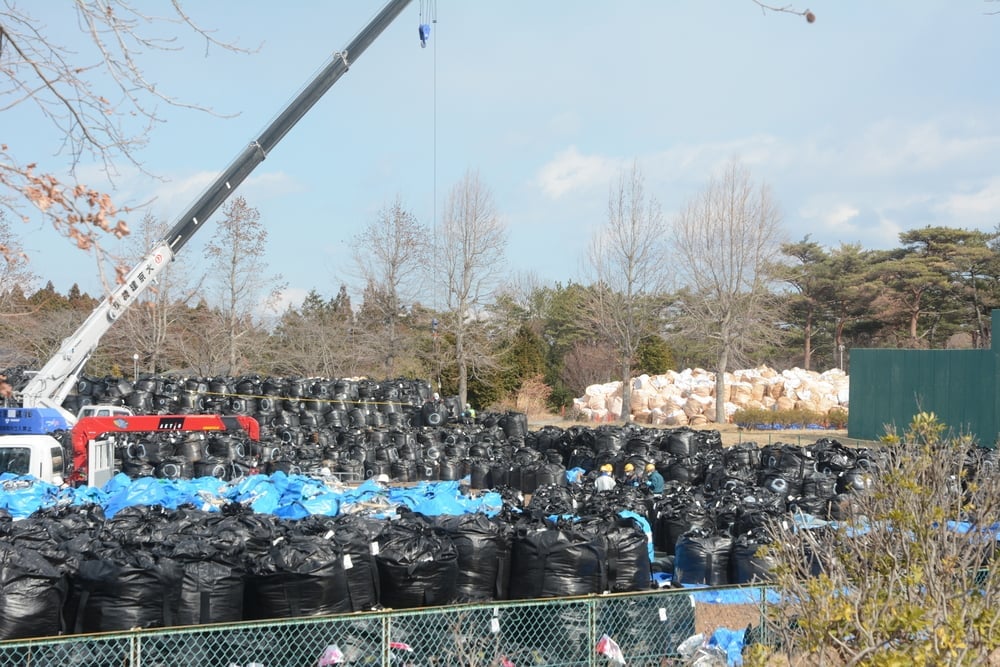 Additionally, phytoremediation achieves the best results at the sites where the contamination depth is shallow. Other factors such as the characteristics of the radioactive waste, the target radionuclide concentration in the waste also influence the process.

Another reason for investigating phytoremediation using sunflowers is that the harvested plant material could be subsequently used to produce energy. Phytoremediation is a time-consuming process, however, the time required for decontamination can be made economically productive by utilising the contaminated biomass of sunflowers to produce biofuel which could, in turn, reduce the cost of remediation.

From lifting people’s spirits to lifting toxicity out from the soil and water – the sunflower dazzles with a brilliance that demands to be admired. With its potential to cleanse the environment of the unwanted, the sunflower is no mere flower; the myriad possibilities linked to the plant’s biology have just started to manifest themselves. Research is key to realizing the future potential associated with the sunflower’s role as a phytoremediator.