Grafting is a technique where two pieces of living plant tissue (of the same species of plant) are joined together in such a way that they form one unit and grow together as one plant. The technique helps cultivate clones of plants and develop hybrid plants.

Have you ever heard of a plant called the ‘Pomato’? It is a hybrid plant that bears both potatoes and tomatoes!

History, regardless of location or era, has time and again told the tale of taking two parts of a plant, joining them, and creating a version more suited to the farmer’s desires. Be it citrus fruits in China or the joining of almonds with plums in Rome, this is an ancient and fascinating practice.

This time-honored tradition is more commonly known as the agricultural technique of grafting.

In very simple terms, grafting means taking two things, joining them together, and hoping they stick together and grow. 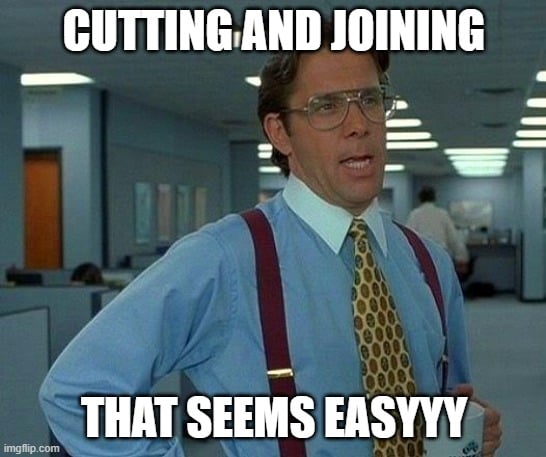 Grafting isn’t is as simple as cutting and joining

Scientifically, though, grafting is the technique where two pieces of living plant tissue (of the same species of plant) are joined together in such a way that they form one unit and grow together as one plant. 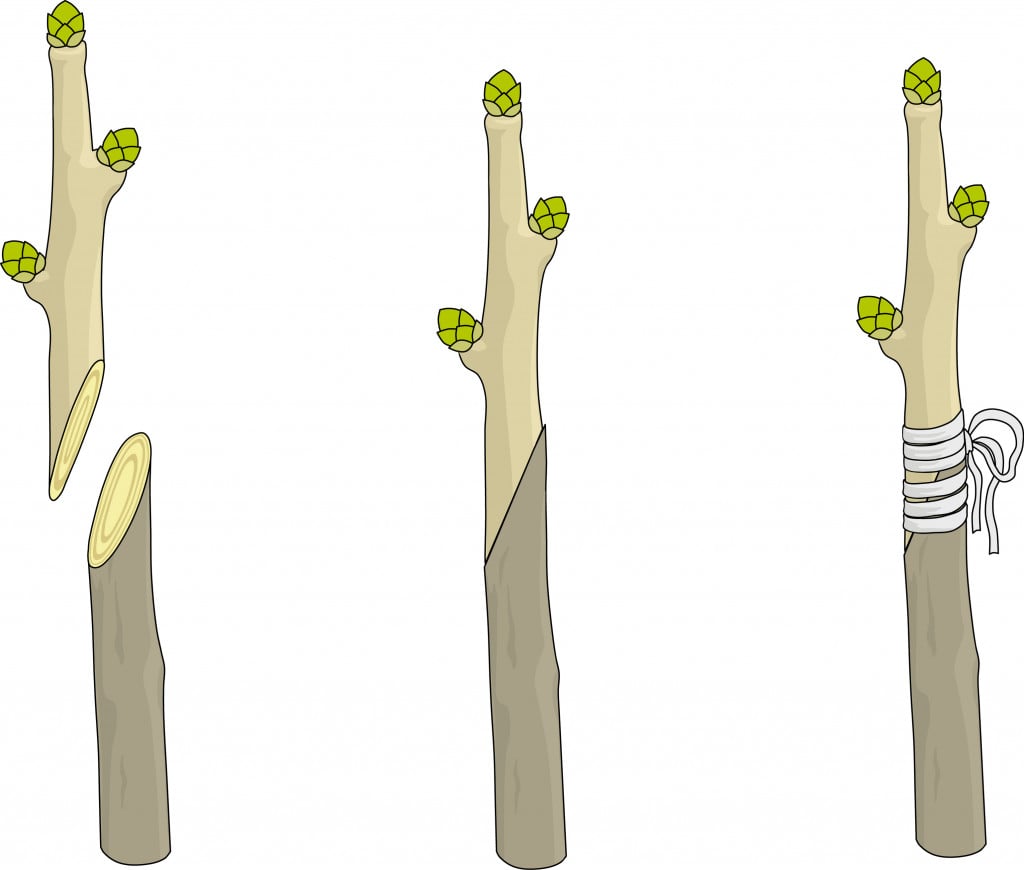 How Old Is Grafting Technique?

The technique is almost 2,500 years old, evidenced by ancient texts that speak of plants that can be joined and those that cannot. Apples, plums, date palms, pears and grapes were all propagated through different methods of ancient grafting techniques. However, the method currently used for grafting, known as ‘Scion-Stock Grafting’, is a more modern technique.

Remember the apple that fell on Issac Newton’s head while he sat beneath it? Well, that variant of the story isn’t wholly true. Newton just saw an apple from an apple tree in his garden fall onto the ground and wondered why apples always fall to the ground. Believe it or not, that exact tree has been maintained at the University of Cambridge’s Botanic Garden using the technique of grafting!

Grafting requires two parts – a donor plant and a receiver plant. The donor plant is called the scion and the stock or rootstock or under stock is the receiver.

Stock is the rooted part of the plant.

Depending on which layer the scion is being grafted to, its name may vary: Only roots below the scion = Rootstock; Root system + Stem = Under Stock. What is scion and what are the types of stock.

How Do The Two Parts Form A Single Plant?

After grafting, all the injured and ruptured cells end up collapsing. The remaining intact cells begin adhering to nearby tissue, which includes the foreign plant. As time goes on, cells from either side begin to interconnect and the junction becomes stronger.

Sticky, sugary substances called polysaccharides, produced by the plant, are deposited at the joint to further strengthen the connection. Simultaneously, a callus forms.

A callus is a group of pluripotent cells (cells that can change into any other cell type). A process similar to wound healing is believed to occur at this location. The pluripotent cell mass differentiates or gives rise to two different types of plant tissue: Phloem and Xylem.

Also Read: How Do Plants Reproduce? Recipe for a successful graft – A strong connection between both the plants, phloem and xylum.

Professional Grafters will join plant parts that have a similar size and align a tissue known as the vascular cambium. The cambium is the part of the growing stem that consists of undifferentiated cells. These cells eventually give rise to secondary phloem and xylem.

Can All Plants Be Grafted?

In some cases, xylem and phloem tissues don’t develop after the plant has healed. The strength of attachment is therefore low. Such a scion-stock graft is an incompatible pair. So… what determines which two plants are compatible with each other?

The determination is based on Family. Closely related species are able to graft with one another. Most will graft to themselves. Only in very rare instances have unrelated species successfully been joined.

Among those that can graft to themselves, eudicots (fruit trees) and tomato plants are at the top.

An exception to this is the monocots – plants that have one embryonic (baby) leaf from its seed. They do not have a vascular cambium, but instead have scattered vascular bundles. They seem to be unable to graft to themselves.

Grafting might fail simply because the cells of the two parts don’t recognize each other. In some cases, cells from one part transport toxic chemicals to the opposite part, unknowingly killing it.

If one tree produces excellent quality fruits, parts of this tree could be grafted onto stocks of a sapling from the same species, which would create a clone. And since only the scion produces fruits, the fruits would all be genetically identical.

In the case of woody plants, it takes longer for the plant to mature and flower. To reduce this time, mature scions can be grafted onto juvenile stocks. In such cases, the grafted scion continues to maintain its maturity and can produce flowers and seeds.

One can also do art with grafting, a process called arbosculpture. As the scion and stock function as one plant, they can sometimes influence each other’s growth. This aids in creating easily transportable and maintainable dwarf plants.

Can You Graft Plants At Home?

Yes and no. Grafting requires patience, knowledge of botany, environmental maintenance, and an abundance of care.

Therefore, before you go off chopping and joining different plants together, it’s essential to have enough knowledge. One must also be careful, as it’s possible to introduce pathogens from one species to another.

So, next time you see two trees joined together or go to a garden with arbosculpture features, remember that these wonders are a product of the ‘Art of Grafting’!