The Biogeochemical Cycles are the ways in which elements or compounds travel through various living and non-living forms. They are essential for all living organisms, and help to recycle materials.

If I ask you what your body is made of, what would you say? “Atoms” might be the answer you nonchalantly give, if you happen to be a geek like us at ScienceABC! There are trillions of atoms inside our body alone, but where did all these atoms come from?

If we travel back in time to examine the source of the fundamental elements that make up our body, we would find that they were all born from dying stars billions of years ago. Though this is an interesting origin, what have the fundamental elements that constitute your body been doing more recently, during their time on planet Earth? For that, we need to understand the flow of energy and chemical component recycling.

Now, the flow of energy is directed into the Earth’s ecosystem. It comes from the Sun and exits as heat, but the chemical components that constitute living organisms are simply recycled through food chains or food webs. 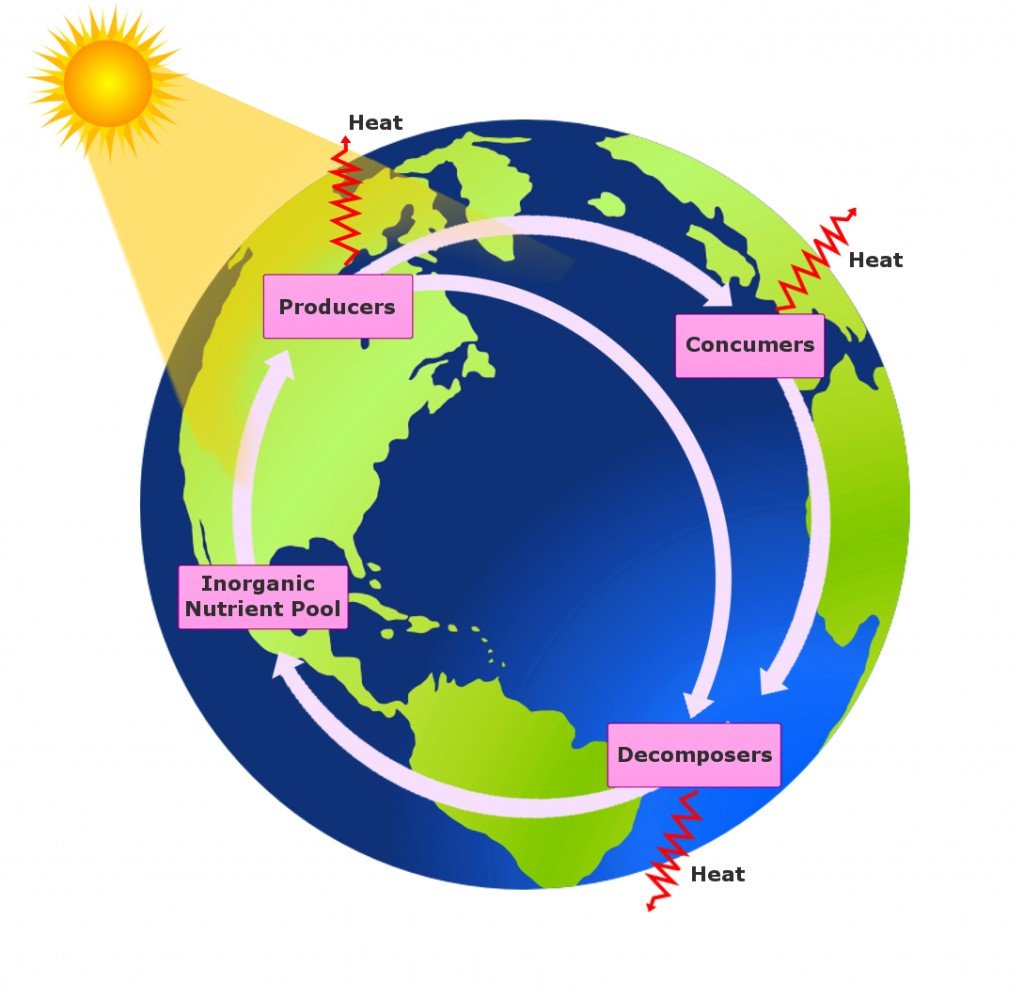 Basically, the atoms that build up your body aren’t brand new. Instead, for eons, they’ve been going through countless cycles in the biosphere. They have been part of many living organisms and non-living compounds through a journey of millions of years! You might be a disbeliever of ‘reincarnation’ as a spiritual concept, but it’s indisputable that the atoms in your body were once a part of many different living organisms and non-living things in the vast span of time!

Carbon, Oxygen, Hydrogen, Nitrogen, Phosphorus, and Sulphur are the six most common and important elements of an organic body, and they can take a variety of chemical forms. The best part about them is that they can be preserved for both short and long durations in the atmosphere, land, water or even in the bodies of organisms. Each of these six elements is circulated through various biotic and abiotic components. Different geological phenomena, including soil erosion, rock weathering, water drainage etc., play their part in the recycling of materials. The ways in which elements or compounds travel through various living and non-living forms is called the biogeochemical cycle. The name itself reflects the prominence of biology, geology, and chemistry—the science fields that help us understand biogeochemical cycles better.

Also Read: Why Exactly Are The Raging Fires In The Amazon So Bad For Us?

The water cycle refers to the pathway in which water is circulated and recycled through Earth’s resources. Water—a compound made of hydrogen and oxygen—is indispensable for all living organisms, which is why the water cycle is one of the most important biogeochemical cycles. 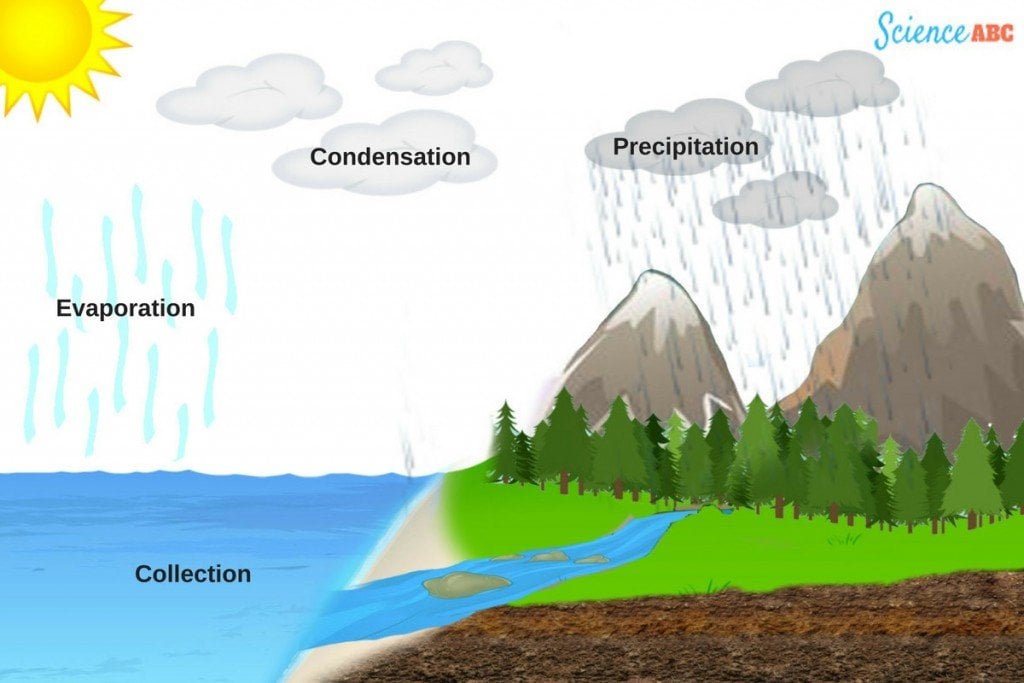 Undoubtedly, no organism can survive and grow without water. In a complex organism, water is essential to dissolve vital vitamins and other nutrients. It is later used in the transportation of these substances. It also assists in carrying out enzymatic and chemical reactions needed for metabolism.

When it comes to us (humans), water roughly accounts for 2/3 of our bodies. Despite its huge prominence, we cannot survive solely on water, so there are other key elements that are essential to keep our bodies running and are obtained through other biogeochemical cycles.

Carbon is a part of all organic macromolecules, is the main component of fossil fuels, and is obtained through the carbon cycle. Nitrogen and phosphorus are important components that make up our RNA and DNA, which are obtained through their respective nitrogen and phosphorous cycles. Sulphur is an important component in protein and is obtained through the sulphur cycle. These cycles cannot occur in isolation. The water cycle is the main driver of other biogeochemical cycles. For example, the movement of water is essential for the leaching of phosphate and nitrogen into lakes, rivers, and seas.

Human actions, especially in the last few decades, are having a drastic impact on biogeochemical cycles, especially the carbon cycle. Fossil fuels, which have been used recklessly for decades, took millions of years to emerge. These fossil fuels serve as a vast repository of carbon, but they’re being carelessly burnt as a fuel. This burning rate is too rapid for it to be returned back to their old carbon sinks. Instead, it’s being released as carbon dioxide and methane into the atmosphere, which ultimately worsens the greenhouse effect.

Furthermore, other menacing practices, such as deforestation, are also dispelling carbon preserved within plant matter. It is also mitigating the number of plants available to capture and store it, particularly in tropical rainforests and peat bogs.

Also Read: Why Is Life Carbon-Based (And Not, Say, Silicon-Based)? 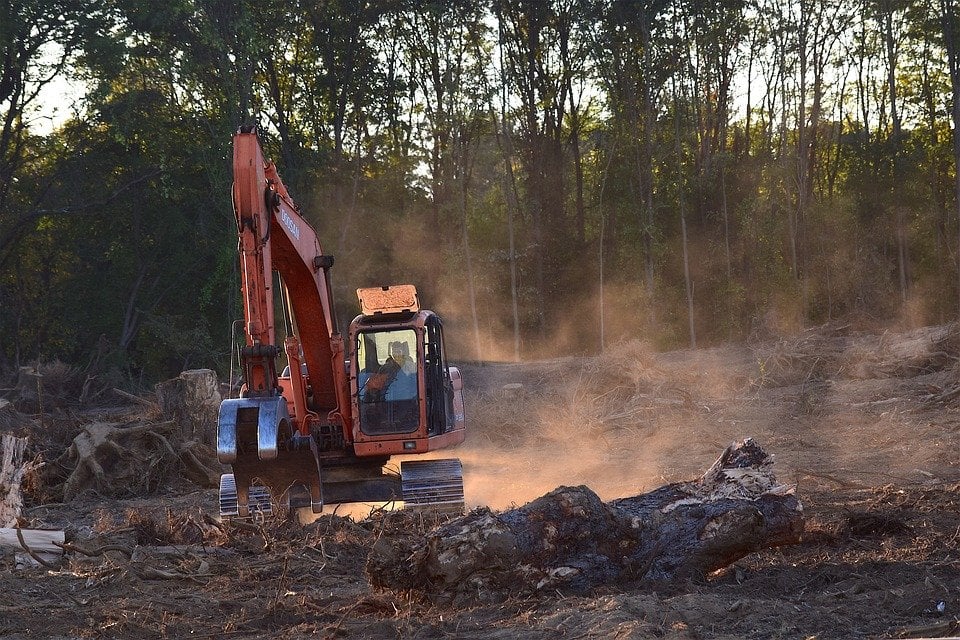 This unnatural interference with the delicate biogeochemical cycles by humans could lead to drastic consequences in the very near future.