In the 1980s, physicists were desperate to unify the four fundamental forces of the universe into a single comprehensive force. Their first attempt developed into what was called supergravity, but due to a multitude of inconsistencies and unconfirmed predictions, it had to be discarded. Another burgeoning theory was String Theory.

Born in the 1970s, the theory was largely ignored until the 1980s, when its popularity was revived and physicists began to study it seriously. String theory remains one of our best guesses at a complete understanding of the ways of the Universe, but according to the theory, the universe exists in 26 dimensions! It is therefore strangely particular that we are only exposed to four of them – three interchangeable dimensions of space and one, discovered a century ago, of time.

The absurdity has bothered philosophers and – later – physicists since, forever. They are far too curious to accept reality as it is without any qualms or skepticism; they want to know why reality is the way it is. However, a paper recently published in Europhysics Letters (EPL) seems to reveal why our Universe might only exist in 4 dimensions.

When viewed from a large enough distance, dimensions cease to exist. It is only when we view an object from a close distance does a dimension emerge. From a considerable distance, a piece of paper would appear to be a single point, it would appear to be one-dimensional. However, as we move closer, the four sides will gradually be revealed to us. Now, when we come in even closer, we discover the third dimension: depth. 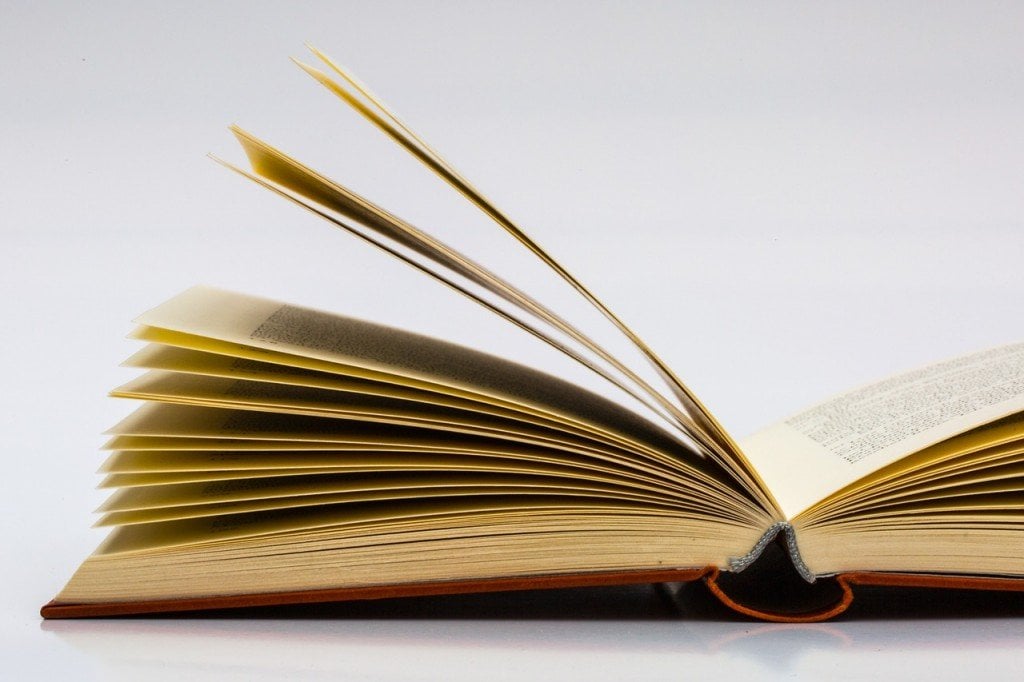 So… why only four? Well, the paper suggests that the others are prohibited from unfurling by the second law of thermodynamics, a fundamental law of the universe. According to the paper, the newborn universe was suffused with radiation and Helmholtz free energy density, a thermodynamic quantity that exerts pressure on space.

Merely seconds after the Big Bang, as the universe instantaneously cooled, the Helmholtz density attained its maximum value and the universe immediately “froze”. In this phase, the universe, which previously existed in every dimension we believe exists, was limited to only four of them. The only way our universe will unfurl into more dimensions is if it exists above a critical temperature, a hellish temperature that surely prevailed a mere second after it was created.

The physicists’ finding is analogous to the phase transitions that water undergoes. The only way a block of ice can transition into liquid water is when it is subjected to heat. While this theory has gained traction only very recently, the principle towards which we have always turned to answer such notorious dilemmas is the anthropic principle.

According to the anthropic principle, if the universe were any different, intelligent species questioning its elegant constitution wouldn’t exist.

The second law of thermodynamics primarily explains why time only moves in a single direction, which we call “forward”. The law predicts that the direction of time in our universe moves in the same direction in which the disorder in it increases. However, this reasoning is incomplete. A convincing argument is realized only when we combine the law with the anthropic principle. This is an excerpt from a previous article I wrote explaining why time only moves in one direction:

“If we can acknowledge the role of luck in bringing a flower or fruit to life, why can’t we do the same when we talk about ourselves?

If the winds were tempestuous that day or the soil was more unyielding, the flower couldn’t have been born. Similarly, if the conditions of the universe were any different, intelligent life capable of asking “why does time flow in only one direction?” couldn’t have sprouted. We see the universe the way it is because, if it were any different, we would not be here to observe it! This is called the anthropic principle. I know this seems cynical and difficult to comprehend, but it certainly seems true unless, of course, we find evidence to the contrary.

Had the universe been two-dimensional, organisms would have been unable to move around each other. Rather, they would be required to surmount another organism or slide below one. The intricate ways in which food is digested and broken down or blood is circulated throughout our bodies would have been impossible to achieve in 2D bodies. We, intelligent species asking why the universe has four dimensions, simply wouldn’t exist. 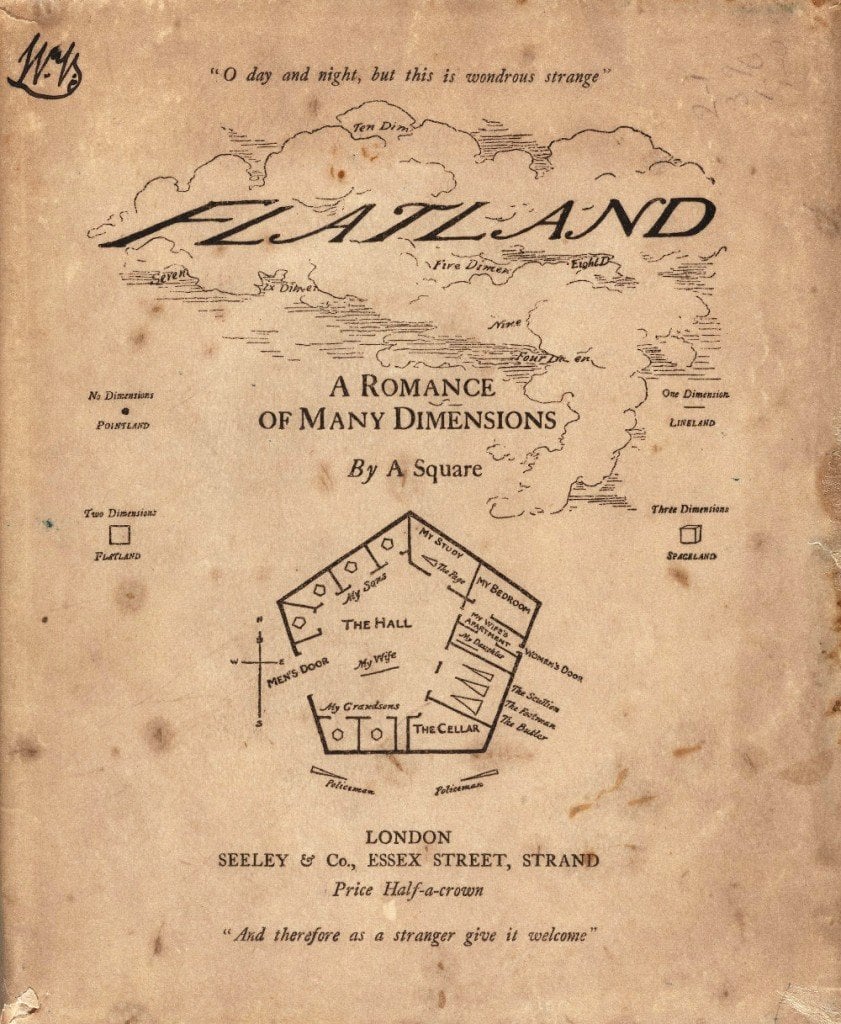 In fact, biology itself, even of the simplest order, would perish, as the earth would be unable to revolve around the sun. Gravity’s strength decreases by four times when the distance between two bodies is doubled, but the decline is five times in five dimensions and six times in six dimensions. In a higher dimensional universe, Earth might not be able to achieve a stable orbit around the sun and would, therefore, freeze to death.

Perhaps the gravitational compression and gaseous expansion that formed the sun would occur differently in higher dimensions, as compared to how they occur in four dimensions. Maybe the sun itself would prematurely collapse into a black hole if we were to tinker with the laws of gravity. Even atoms in higher dimensions, physicists have found, wouldn’t congregate and form complex molecules that could subsequently constitute complex life. 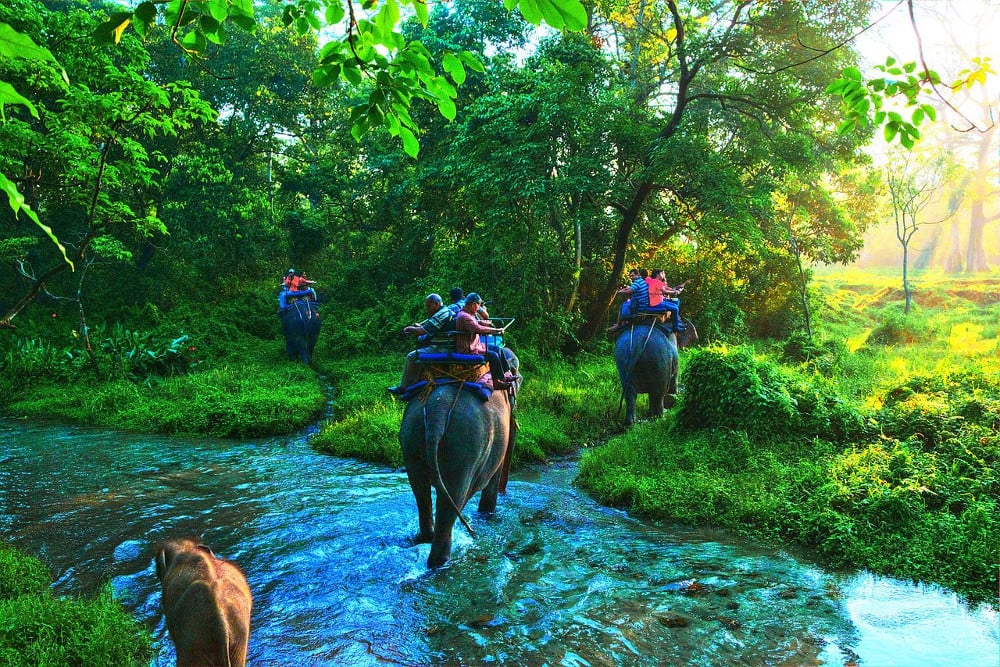 Life wouldn’t have been possible without the Sun. (Photo Credit: Subham Dey)

Stephen Hawking cited the anthropic principle in his Brief History of Time while speculating on the strangely particular dimensionality of the universe. While it is indisputable, we now understand that it doesn’t explain its cause, something the paper published in EPL does. However, the proposition is yet to be validated.

If it eventually is, we can cross this mystery off our long list of perennial enigmas of our species. This sort of confirmation would also be tremendously encouraging for physicists, as it would represent a huge leap in our quest to unify the four fundamental forces and ultimately our understanding of how the universe was born, how it grows and where it might be headed.