When a comet comes close to the sun, the gas on its surface ionizes, which creates a tail that jets out in the opposite direction.

Astronomy and the wonders of the cosmos seem to sweep us off our feet every day. This makes sense, of course, because the more we learn about celestial objects, the more fascinating they become. The best part about this field of science is that we never seem to run out of things to research. There are countless things that we don’t know or fully understand, which keeps us ready and eager for more.

For instance, have you ever wondered what those glimmering tails behind comets are? Well, you’re about to find out! 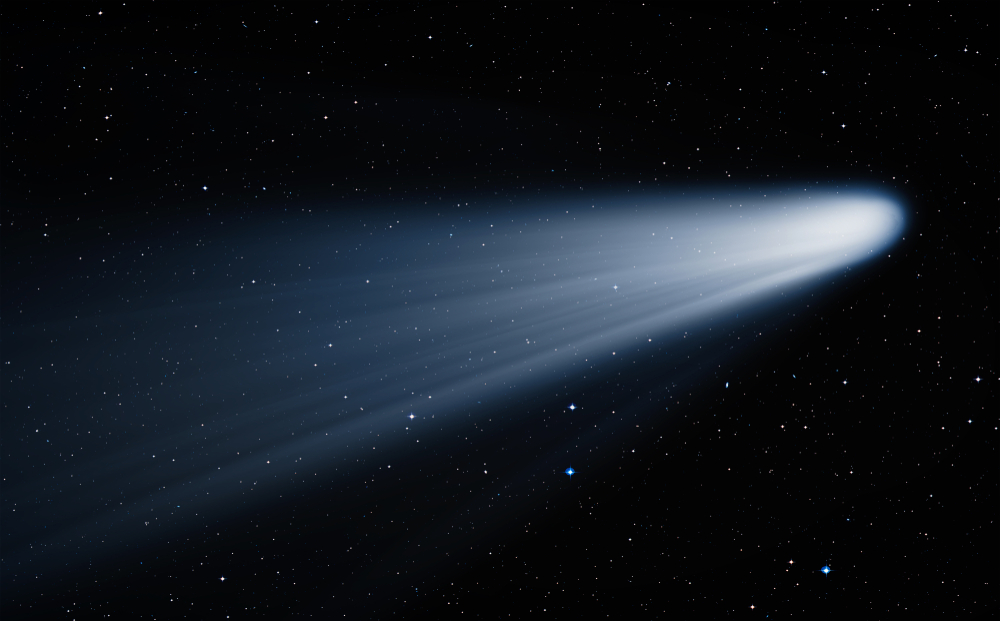 A comet streaking through against the black backdrop of space (Photo Credit : muratart/Shutterstock)

When a comet flies close past the sun, the ultraviolet radiation of the sun causes the gas to ionize off the surface of the comet in the form of a tail. Interestingly enough, a comet may not necessarily have just one tail. This phenomenon can be attributed to the fact that the surface of a comet is not even, like that of the planets. Due to this uneven surface, the ionization may end up pumping out multiple jets of magnificent trails.

Like all other things in science, comets have long been associated with signs from God. In early ages, comets could have meant good omens for some kings, but a bad sign for the others! In 1910, people in Chicago sealed their windows in response to a rumor that the tail of the comet could inject poison into Earth’s atmosphere. However, our current knowledge discards such fictional ideas!

Comets are celestial bodies that are mainly composed of ice. A common name researchers use is “snowy dirtballs”. They are ‘snowy’ because they’re composed of ice, while ‘dirtball’ indicates the presence of a lot of dust. A majority of these comets are known to orbit the sun, but they’re known to generally inhabit a far-away area of the solar system called the Oort Cloud.

The structure of a comet can be divided into two parts: the nucleus and the coma. The nucleus is the dark part of the comet that consists of a rocky core and has dust, ice, and a variety of gases on its surface. These gases most commonly include carbon monoxide, ammonia, carbon dioxide and methane. The glittering part that shoots out from the nucleus is referred to as the coma. The word derives its origin from Latin Comida, which means “hairy”.

What is coma, and why do they trail out like a tail?

Every time you see a picture of a comet, you inevitably spot the fuzzy trail. This is because all the pictures of comets you’ve seen have been taken from Earth, and our planet is quite close to the sun. As such, it seems to be the sun that is responsible for the tail of the comets.

When a comet, while orbiting the sun, comes in close proximity to the star, the ice on the surface of the nucleus begins to turn into gas. If you’re wondering how that’s possible, allow me to explain with an example from our everyday experience.

If the refrigerator stops working, the ice converts to water, which means that solids can convert to liquids. However, at the surface of a comet, how does ice converts to gas without passing through the liquid stage?

The simple answer to this question is sublimation. Sublimation occurs when there is enough absorption of heat for the molecules to overcome the attractive forces from adjacent neighbors and escape directly into the vapor stage. Sublimation is the hero of this story. In a comet with two tails, one may be of ionized gas particles that are sublimated due to the action of solar wind. The other tail might be composed of the dust that gets released from the surface of the comet after the ice ionizes. 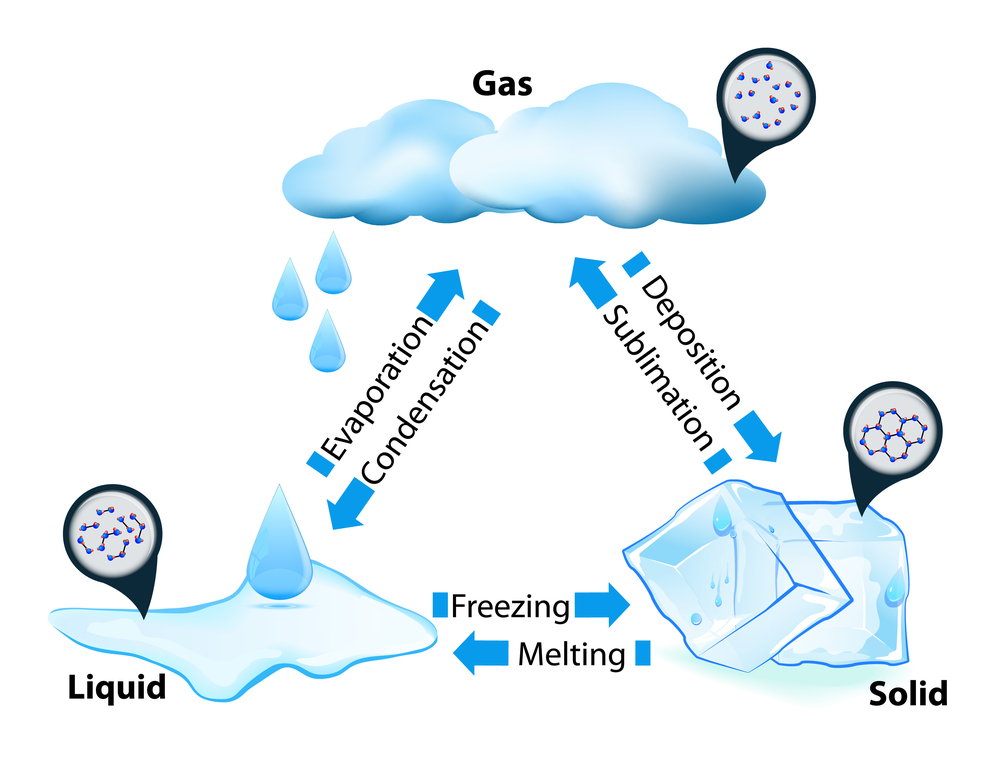 An illustration of the process involved in change of states of matter (Photo Credit : Designua/Shutterstock)

An important point to note is that the ionizing pressure caused by the solar wind is more intense on the gas molecules, which means that the ion tail is more intense. In comparison, the dust tail shoots out more lazily. Moreover, the irregular shape of the comet may also be responsible for the appearance of multiple tails.

It may sound strange, but people used to think this for many years! Oddly, if the nucleus of the comet contains a lot of carbon, then the tail after ionization may expel an eerie green color. For humans, who often associate green liquids with poison, confusion is bound to occur!

In 1910, the earth passed through the tail of Halley’s Comet, but no damage was caused. Even though the tails of comets have been known to contain a deadly gas called cyanogen, it rarely makes an impact. Our planet passing through this tail may have taken in an infinitesimal fraction of the tail’s cyanogen, nowhere near enough to affect anything on Earth!

With every passing decade, we tend to accumulate more facts about these migrating celestial objects that were once thought to either bring plague or a good harvest. From unfounded and unusual beliefs to understanding the chemical composition at the surface of these “hairy” dirtballs, science and astronomy have certainly come a long way!