It is a widely accepted fact that stars are created in clusters. While trying to find out where the Sun’s siblings have gone, we have found a possible candidate…

People who grew up with siblings will likely relate to the fact that there’s only one person with whom they share such a strong and unique emotional bond. In the many instances of sibling rivalry, jealousy, affection, and trust, there comes a certain point where we wonder what we would ever do without them. They form an integral part of our lives, from childhood right on up to adulthood.

While many of us have had our moments with siblings, there is a particular entity who was separated from its siblings a very long time ago—our own Sun.

The Birth of Our Sun 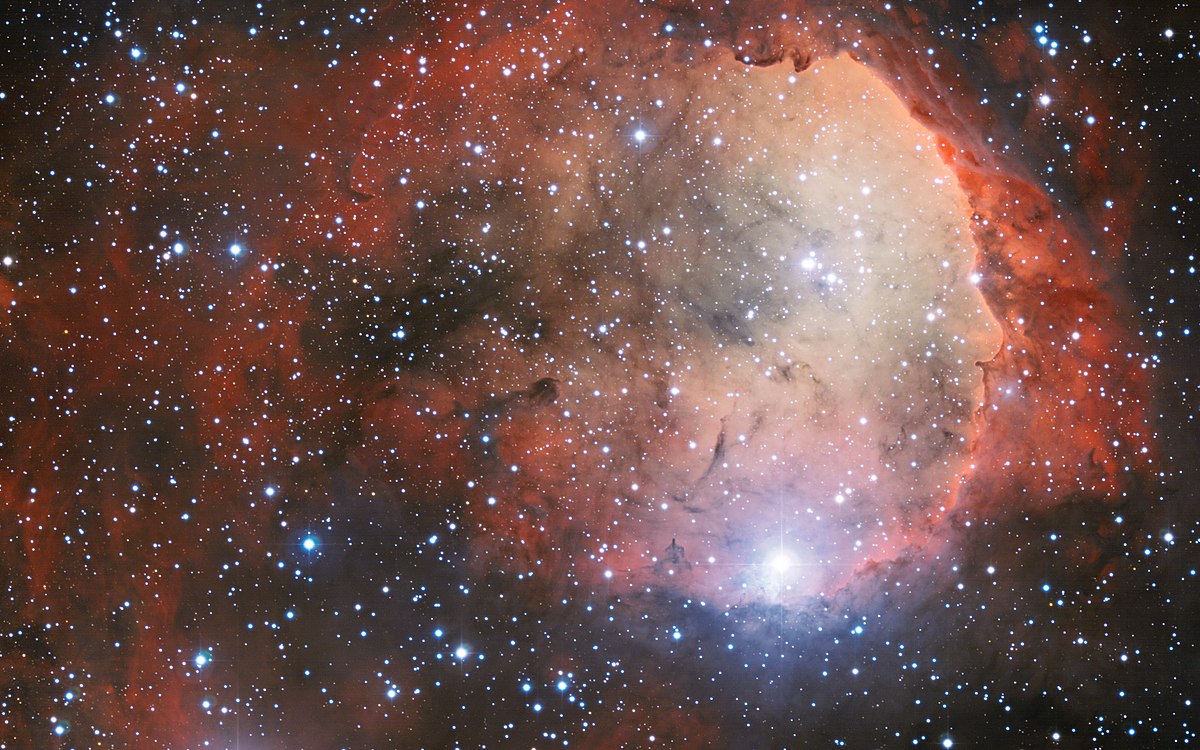 This is an image of NGC 3324, a star-forming region, taken using the Wide Field Imager at the La Silla Observatory. There are sufficient stars in this for it to be termed an open cluster. (Photo Credit : ESO/Creative Commons)

To provide some context here, the Sun was not born alone. In the astronomical world, it is a widely accepted fact that stars are most likely to be created in clusters. Star formation happens when an accumulation of gas and dust, abundant in molecular hydrogen, collapses due to gravity. This takes a long time (millions of years), and there are usually multiple centers where this collapse occurs. Usually, the gaseous clouds in which stars are born are called stellar nurseries. Stellar nurseries can be in the interstellar medium (ISM) and may be giant molecular clouds (GMC).

The existence of a planetary system tells us that the Sun was not formed in a dense cluster. A star that passes within a distance of 100 Astronomical Units from a newly born star could effortlessly destroy the dust and gas material around it, preventing any planetary formation. However, it is also hard to determine the details regarding the kind of cluster the Sun was born within. It is also still quite unclear if the Sun’s birth cluster has disbanded entirely… or if it still exists! 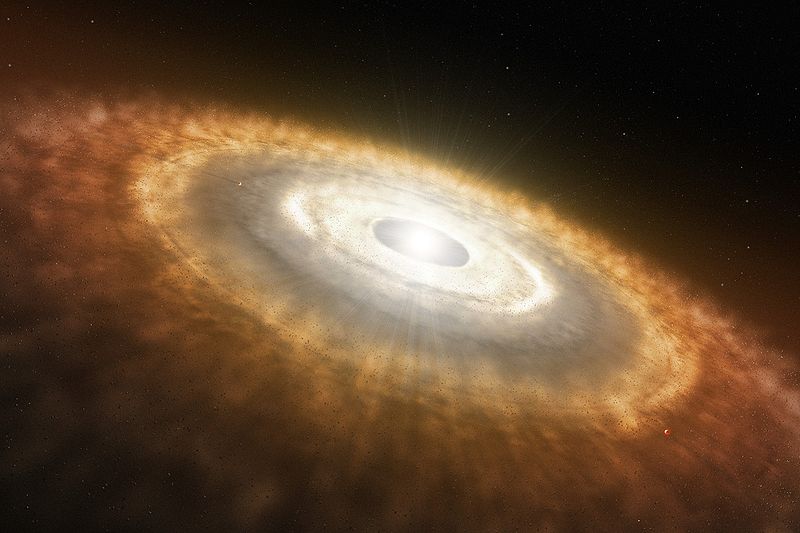 An artist’s rendition of a newly formed baby star, surrounded by dust and gas particles that would eventually go on to form planets. When being formed in clusters, it is likely that a neighboring star might strip the new star of its surrounding gas and dust material. (Photo Credit : ESO/Creative Commons)

If the Sun’s birth cluster has dissolved, simulation studies have shown that its former members could be found within 100 parsecs of the Sun. If the birth cluster of the Sun still existed, M67 has been considered as the potential birthplace of the Sun, due to similar elemental compositions of the stars in the M67 cluster and the Sun. 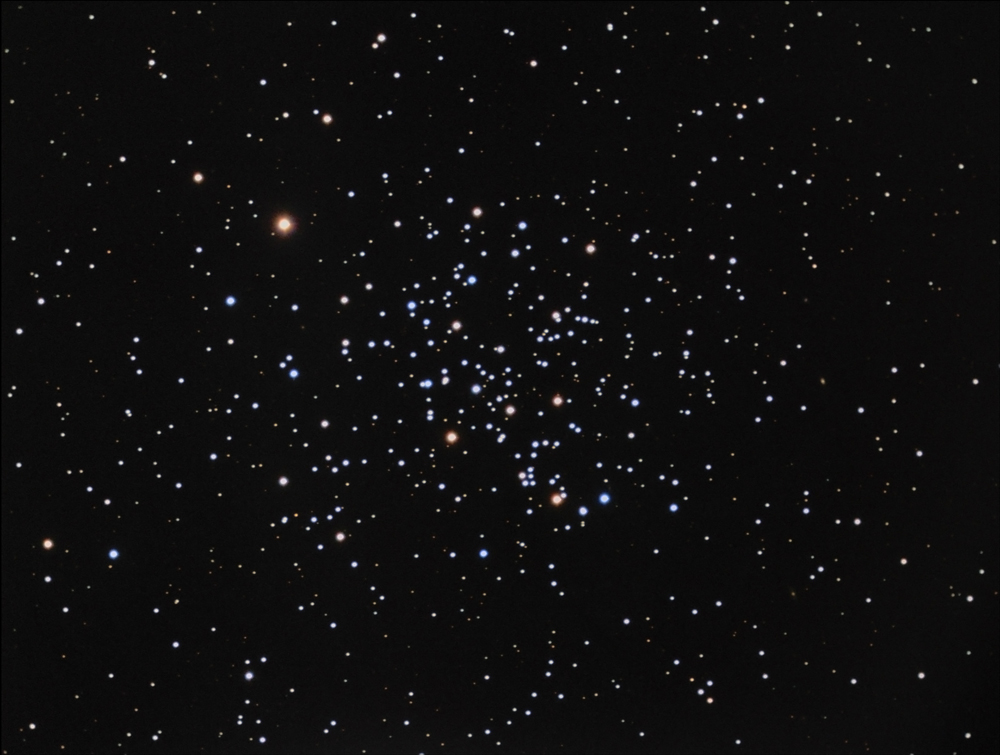 This is an image of the M67 star cluster, considered the likely birth cluster of the Sun. (Photo Credit : Jim Mazur/Creative Commons)

We will now come to what qualifies as a solar sibling. As mentioned, stars born with the Sun in the same gas cloud would be called solar siblings. Solar siblings are different from ‘solar twins,’ which refer to stars having spectra that are very similar to that of the Sun, without considering the origin of the star. Solar siblings should have an age and chemical composition comparable to the Sun, since they would have formed around the same time and in the same gas cloud. However, properties like mass, luminosity, and temperature are not expected to be identical.

The search for solar siblings primarily consists of two methods. The first method is to simulate the orbit of the Sun and potential solar sibling candidates backward in time. This consists of using the velocity vector of the star, the galactic potential (to account for the galaxy’s gravitational influence), and the equations of motion to obtain the star’s previous trajectory. This can be used to determine the star’s birth location. Here, the velocity vector consists of the speed of the star’s motion and its direction of motion through the galaxy.

Another method that can be used to determine solar siblings is called chemical tagging. In this, the chemical compositions of stars are compared using spectroscopic methodologies. By looking at the spectrum of the stars, it is possible to find the elements present in them. By comparing the spectra of the Sun and possible candidate stars, we can determine the possibility of them being born in the same environment.

This is the absorption spectrum of the Sun and the elements Hydrogen, Helium, Sodium, Calcium and Iron. By studying and comparing the spectra of the stars and the elements, it is possible to determine the elements present in the stars. (Photo Credit : Teresa Gonzalez/Creative Commons)

Several observational surveys have been done to help us determine both the motions of the stars in the galaxy and the chemical composition of those stars. The Apache Point Observatory Galactic Evolution Experiment (APOGEE), one of the programs under the Sloan Digital Sky Survey, has conducted a spectroscopic and chemical composition analysis of most stars in the Milky Way and has been used to find out potential solar siblings. Other spectroscopic surveys include GALactic Archaeology with HERMES (GALAH) and High Accuracy Radial velocity Planet Searcher (HARPS). 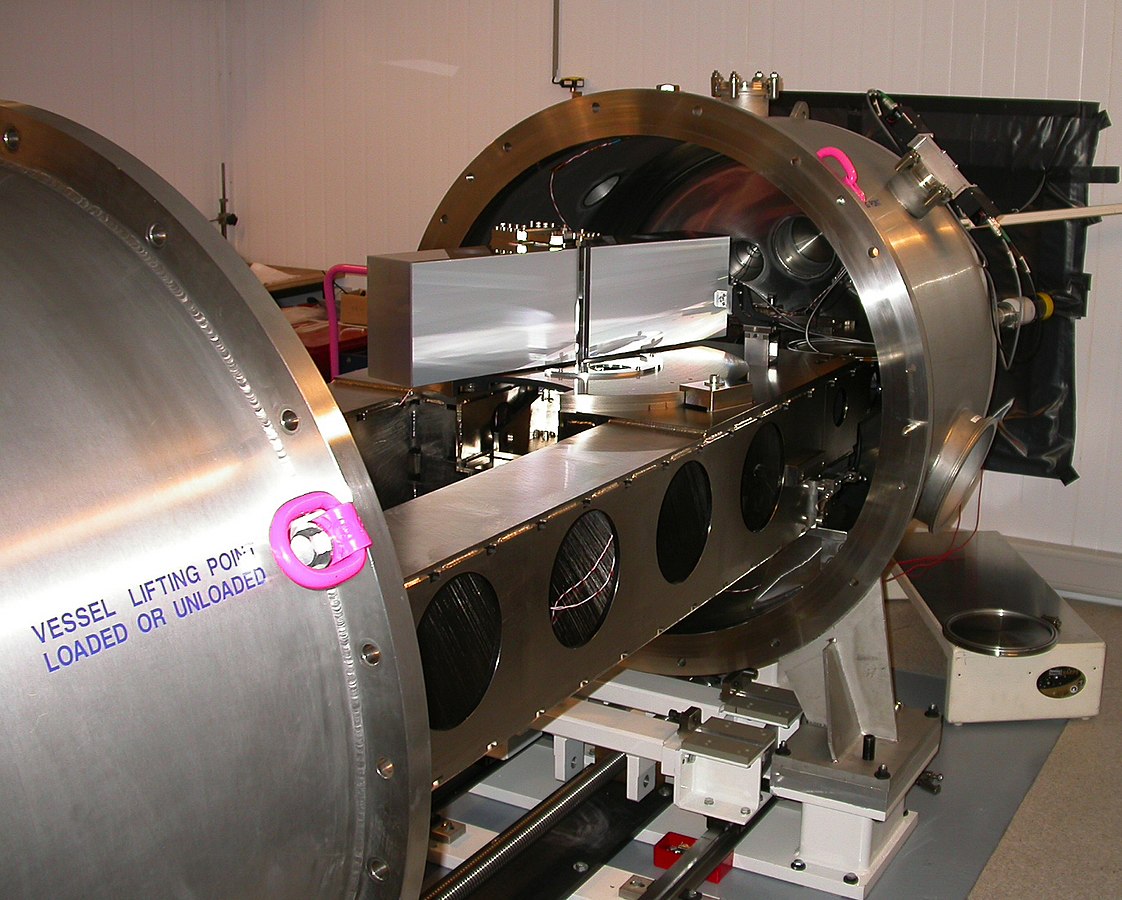 This is an image of the HARPS spectrograph, with all of its high-precision instrumentation visible. Using this spectrograph, it is possible to obtain high-resolution spectra of stars. (Photo Credit : ESO/Creative Commons)

When it comes to finding stellar orbits and astrometry, surveys and satellites like Hipparcos, Gaia, and the Geneva-Copenhagen Survey (GCS) have been used. Using this, the stars’ past trajectories and the location where they were formed can be determined.

While these two methods are the techniques currently being used, there are still uncertainties in the studies. For example, chemical tagging assumes that the gas cloud in which the stars were born had a uniform distribution of elements. It also presumes that each birth cluster has a unique chemical composition that makes them distinguishable.

However, this may not necessarily be the case in reality. Also, there are systematic differences even in the compositions between sub-giants and main-sequence type stars within a cluster. However, studies have shown several open clusters to be generally homogeneous. It is important to consider the evolution of the chemical composition of stars over time. It is also possible to account for stars of a particular evolutionary stage and perform the necessary studies.

A problem with modeling past stellar trajectories is that accurately obtaining the motions of stars is very difficult. Also, the position of the Sun in the galaxy is not accurately known, which will yield the birth position of the Sun to be inaccurate. We can correct this by taking just the relative positions of the Sun and the stars into account. However, there is also a possibility of small shifts in trajectories of the Sun and other stars as they pass near clusters and molecular clouds over time. Modeling such uncertainty can be rather difficult.

For an accurate determination of possible solar sibling candidates, a combined approach consisting of chemical tagging and orbit simulations will provide the conditions to help us find them. A confirmation for such candidates consists of obtaining higher resolution spectroscopic measurements to find the abundances of rarer elements, like lead and bismuth, and determining an accurate estimate of their ages. 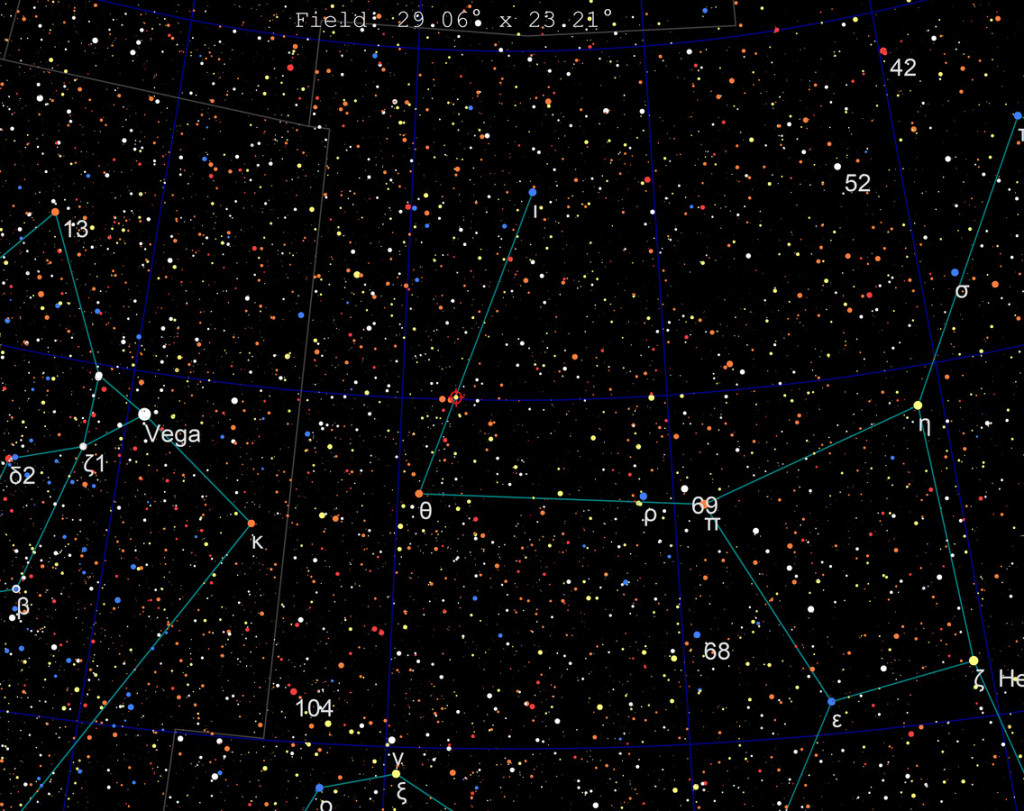 This is a star map of the Hercules constellation with HD 162826, a star highly likely to be a solar sibling, marked with a red circle in the middle. (Photo Credit : Tomruen/Creative Commons)

So, how many solar siblings have been found? So far, only one star has satisfied the above chemical and dynamical conditions. The star is designated HD 162826 and is located about 110 light-years from Earth in the constellation of Hercules. There have been several such potential candidates, especially HD 186302, found in the constellation of Pavo. However, a 2019 paper found it unlikely that it would have formed with the Sun in the same gas cloud. Other ex-candidates like HD 147443 and HD 196676, although indicating a point of origin consistent with that of a solar sibling, have a chemical composition different from that of the Sun.

However, the 2019 study gave a list of 4 primary and 13 secondary solar sibling candidates. These are yet to satisfy the conditions of having chemical distributions similar to that of the Sun.

Finding out about solar siblings will help us establish a clearer picture of the origin story of our Sun. Despite being the most studied star in the Universe, the nature and environment in which the Sun was born are still poorly understood. Determining that would enable us to discover more about star formation and star formation history in the Milky Way galaxy. It will also give us some idea about the initial conditions required for planet formation, and the qualities for them to harbor life!