If the day before yesterday you robbed a moment of respite by looking up at the taciturn night sky, you may have found yourself gaping at the moon in all its glory, abnormally larger and brighter.

No, you weren’t hallucinating. The moon was actually much larger and brighter, and it looked unbelievably splendid. This occurrence is popularly dubbed a supermoon. The supermoon followed us for three consecutive nights in the December of 2017. It was also the first and last time one would greet us this year. But why and when do supermoons occur?

When does a supermoon occur?

The moon’s orbit around Earth is not a perfect circle. It is similar to a point tracing the perimeter of a coronally cut egg around its yolk. The reason behind this stretched orbit is Earth’s tidal waves and the pull and push of gravitational forces exerted by the earth, other planets and the sun.

This distorted shape causes the moon to pursue a certain path, such that at one point it is observed to be farthest from the Earth, formally known as Apogee (252,000 miles), and at one point nearest to it, known as Perigee (222,000). The average distance between the moon and the earth is 238,000 miles. These approaches are observed every lunar month or in the moon’s 27-day orbit. 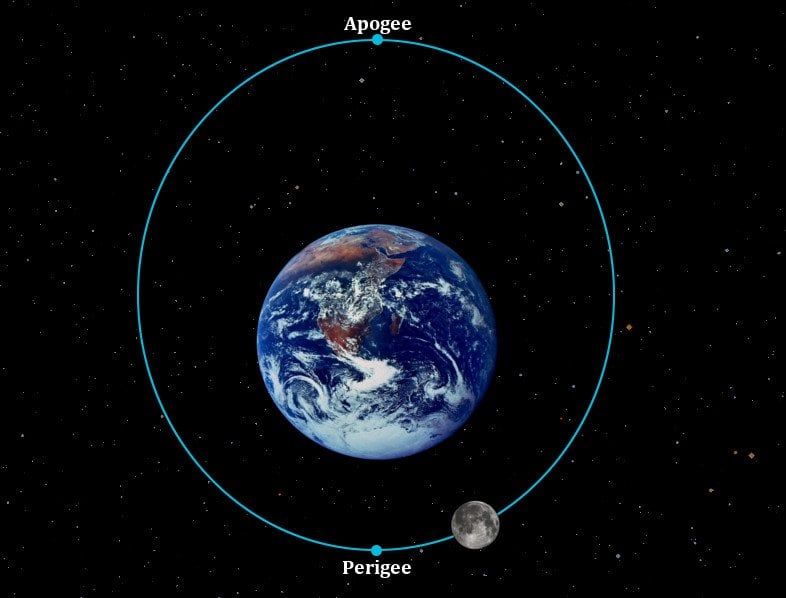 However, a supermoon cannot merely occur if only the moon is at its perigee. The other necessary condition is the occurrence of a full moon. The full moon occurs every 29.5 days when the sun fully illuminates our celestial neighbor. A supermoon is the embodiment of the coincidence when a full moon occurs when it is simultaneously closest to us.

At this precise coinciding point, the moon is 30% brighter and 11% larger than usual. However, this is a very subtle difference and would go unnoticed unless you are a meticulous moon watcher. Some people report the supermoon to be conspicuously large during its occurrence, and it has become a popular celestial occurrence to watch around the world.

Astronomers claim that this magnified view is only witnessed if you are close to the horizon. This is known as the Moon illusion. Scientists defend this claim by adding that the brain is predisposed to perceive objects on the horizon as much bigger than they are in the sky. Surprisingly, the term supermoon was coined by an astrologer, Richard Nolle some 30 years ago. Scientifically, such an occurrence is known as a Perigee full moon. He postulated (possibly arbitrarily, without any evidence) that a supermoon occurs when the moon is at or within 90% of its closest approach to Earth.

A supermoon, combined with the gravity of the Sun, can disrupt tidal processions and cause huge tidal waves, but natural disasters, as a result, are yet to officially documented.

How often does it occur and when will it next occur?

The full moon and the perigee are estimated to align in a period of roughly 413 days (1 year, 2 months and 18 days). This knowledge allows us to predict future and past occurrences of supermoons.

Even though the term was coined as early as 1979, interest in it particularly peaked when a supermoon occurred three times last November, the largest in 69 years, since January 26, 1948. The moon’s perigee last November was only 221, 520 miles.

The supermoon on December 3rd was the first of three occurrences spread between December and January. The next two are supposed to occur on January 1 and is estimated to be even closer than the one on December 3, as well as another on the 31st of January. A perigee lunar eclipse last occurred on September 27, 2015, and its period of occurrence is every 18 years, 11 days and 8 hours – a cycle known as a saros.