Home
Nature
Universe
If Aliens Contacted Us, Would We Even Be Able To Understand Them?

One of the greatest questions that human beings can ask is whether we are alone in the universe. The idea fascinates many of us, while also terrifying others, mainly those who have seen enough blockbuster films to assume that any alien presence coming in contact with Earth is solely out to suck our resources dry or destroy/subjugate our species entirely. Scientists take a more measured approach, and in their endless quest for knowledge, have established an infrastructure to scan the stars for any sign or communication of intelligent life. To this point, we have yet to receive any broadcasts or experience direct contact with an alien civilization, but that in no way eliminates the possibility that they are out there.  Assuming that other intelligent life exists, and that they do eventually reach out to say hello, many scientists and thinkers ask the same question… how would we know? And more importantly, how could we possibly hope to understand the message?

Short Answer: Communication and comprehension would most likely need to be based on universal constants, such as laws of the physical universe or mathematics, rather than our traditional concept of “communication” on Earth.

To begin with, many people wonder how alien cultures would contact us, and the options for that are rather limited. If an alien life form has progressed in intelligence to explore space or send signals to the stars, it is presupposed that they have a comprehensive understanding of the laws of the universe. Similarly, they would need to understand the electromagnetic spectrum (e.g., gamma rays, visible light, radio waves), which operates on different wavelengths.

Given this, communication could come in an array of forms, such as rapid laser pulses, or basic radio signals, both of which can convey information. Whenever unusually bright points of light are observed, scientists tend to focus on these, as they are more likely to be artificial than natural, but thus far, no consistent or legible communication has been achieved. In fact, when pulsars (rapidly rotating neutron stars) were first discovered, scientists believed that their extremely fast pulses of radio waves could actually be a form of communication from extraterrestrials! For the past 55 years, most attention on Earth has been given to radio signals, as it has been discovered that these electromagnetic waves pass through the universe quite easily, and are not absorbed or re-emitted from other objects in space. Therefore, detecting radio waves of a repeating pattern, focused on Earth, would be an exciting sign of attempted contact. Founded in 1984, the SETI (Search for Extraterrestrial Intelligence) Institute has been working in the field of radio astronomy and listening to the stars, hoping to pick up a signal. There are a limited number of radio telescopes in the world, but that number is climbing, and the size (read: power) of these telescopes is increasing. It is a commonly held belief that if we receive a signal from an alien civilization, it will come in the form of radio waves, so we always keep one ear open!

How Would We Recognize It?

The issue, of course, is that radio signals are produced throughout the universe and spat out in random directions all the time, so every signal picked up on Earth is not a communique from an alien. However, due to the random nature of most cosmic processes, these radio waves are largely non-repetitive and fluctuate across the radio wave spectrum. Technology, on the other hand, allows for the focused production of radio waves, with specificity in time and frequency. Therefore, detecting this sort of “intentional” signal would be a good sign that someone out there was trying to get in touch. Consistent detection of a signal on a single frequency would almost certainly be artificial, and our conversation could thus “begin”.

Would We Understand it?

This is the greatest problem, of course, since “language” as we know it is highly unlikely to be intelligible by an alien life form that evolved billions or trillions of miles away. Before we can communicate between the two languages, we need to learn the structure of theirs, and vice-versa. The obvious basis for this would be the physical universe in which we’re both located, and assuming that laws are the same throughout it, there is some common ground to work with.

The shape of our galaxy or the mathematical basis of the universe is the best place to start. The logic of math is highly intuitive, and can be used to communicate anything in a quantitative fashion. Our numeric system is also unlikely to be shared by aliens, just like language, but more fundamental ways of expressing numbers, such as binary code or the Fibonacci sequence, could be transmitted to establish a baseline of communication.

Again, as mentioned earlier, if an alien culture was advanced enough to send directed radio waves out into the universe, rather than just electromagnetic radiation leaking from their planet, then they would have a basic knowledge of technology and mathematics, and be able to decode relatively basic codes embedded in information. If we received a message of any kind, we could then respond with something proving our own intelligence and ability to communicate.

From there, once a basic mathematical basis of language was established, pictorial depictions could be shared, linked to mathematically transmitted information. Our ability to decipher codes with supercomputers continues to increase, and while an advanced alien civilization may exceed our capacity to understand by tens of thousands of years, there is a chance that comprehension and communication is possible, based on the universal language of mathematics. From there, a Rosetta Stone of the Stars could theoretically be formed.

The Real Question therefore becomes: If extraterrestrials contacted us….

Getting into this discussion is far beyond the scope of this article, but there are some valid concerns on either side. First of all, there is no proven indication that alien civilizations would be hostile, and theorists predict that the more advanced a society gets, the “nicer” they become, basically because greater sophistication is aligned with altruism. However, this may be flawed logic, since our civilization is the baseline for this assumption, and does not always follow that line of reasoning.

However, an attempt of an alien civilization to contact us may also be a warning, perhaps of a nearby supernova or a malignant artificial superintelligence, or it could be with the intention to share information and technology that could advance our knowledge of the universe. Regardless of how you feel, if we ever receive a true signal, it will likely be one of the greatest events in human history, and will be up for some amount of debate.

Finally, there are those who don’t believe there are any extraterrestrial civilizations, and there is even a fascinating battle between the Drake Equation and the Fermi Paradox, which confuses this situation even more.

Only time will tell if we’re alone in the universe, but until then, we’re certainly going to keep paying attention!

The short URL of the present article is: http://sciabc.us/ygY7v
Help us make this article better
Prev Article Next Article
About the Author: 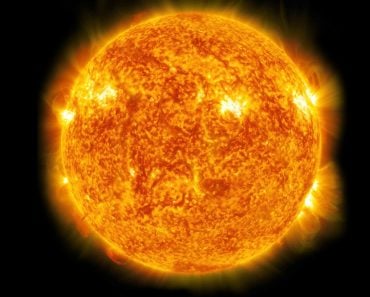