There are certain stars, known as Circumpolar Stars, that never set or rise, depending on what part of the world you observe them from.

Whenever our Sun or Moon goes under the horizon, we say that it has set. In the night sky, we see thousands of stars slowly moving on the black canvas of space. We have all seen beautiful pictures of the night sky where we can trace the paths of these stars as white streaks across the endless black. These paths show us when and where the star has risen and where it is going to set. 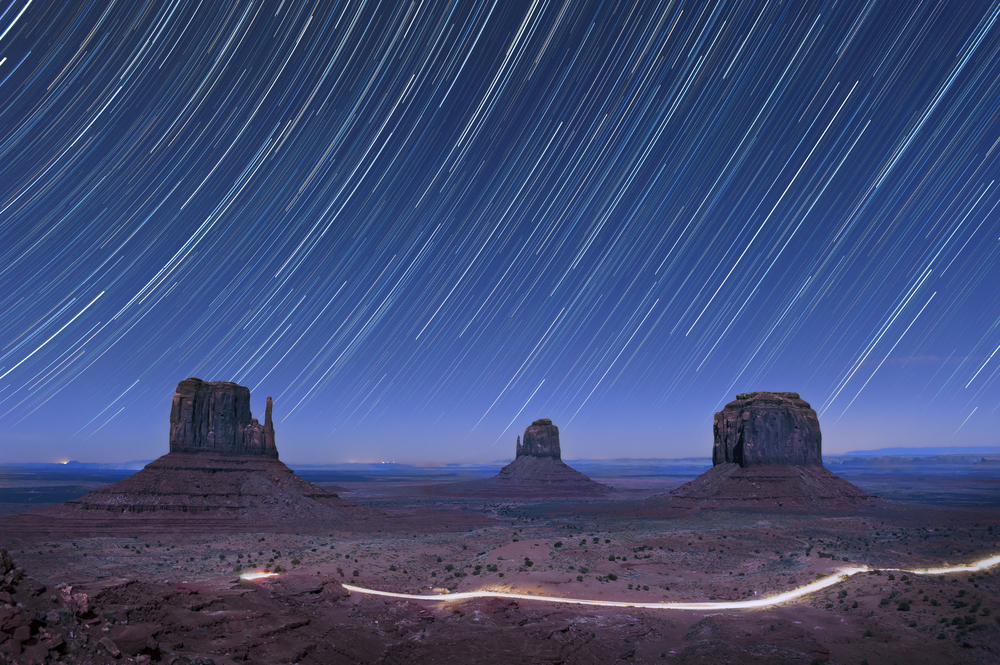 A picture of star trails at night. (Photo Credit : John A Davis/Shutterstock)

However, that begs the question, are there any stars that never set? Are there stars that always stay in the sky, no matter when we look up? And if so, what are they and what makes them love our particular corner of the sky so much?

Are the stars moving or are we moving?

Firstly, when we talk about the movement of the stars in the night sky, we must understand whether we are talking about the stars moving in space or about something else making it seem like they are moving.

Before Copernicus and Galileo came up with the heliocentric model for the universe, we believed that the Sun, the Moon, and all the other celestial bodies moved around the Earth. The rising and the setting of the Sun were believed to be caused by the Sun’s movement in the sky around the Earth. 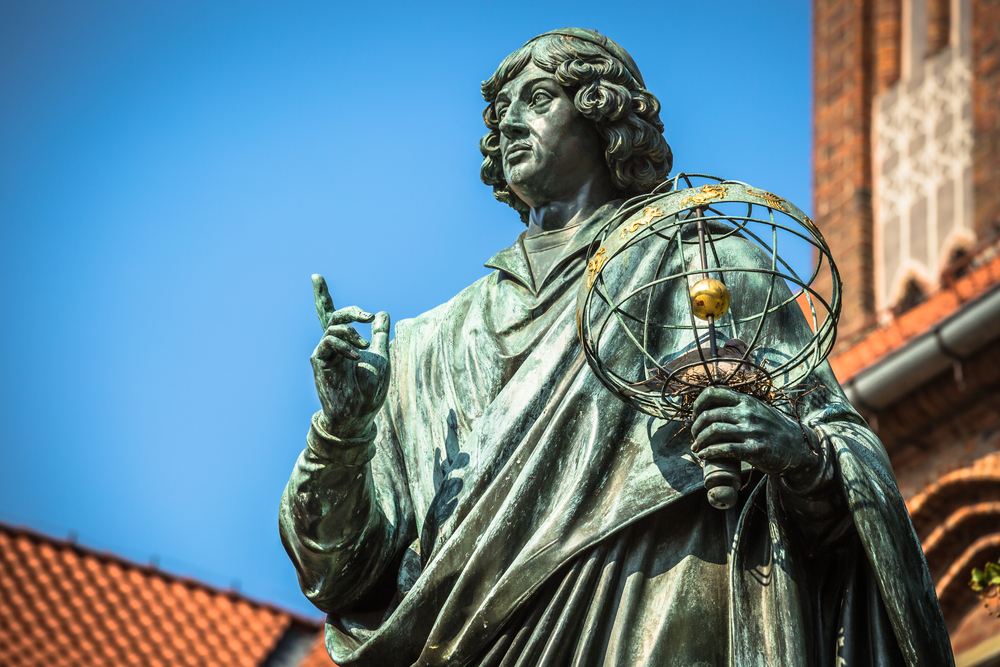 Now we know that this is not the case. We understand that the Sun sets and rises because of the Earth’s movement around itself. And this is true for every other thing that we see in the night sky. Even the stars we see moving across the sky are being visually impacted by the Earth’s rotation.

That being said, this doesn’t mean that the objects in the sky, including the stars, don’t also move in space. All the objects we see are moving in space, but the everyday changes that we see in their position is not primarily driven by their own movement.

Imagine sitting on a carousel. When you’re sitting there and the carousel starts moving, you feel like all the other people standing around you are moving, but in reality that is not the case. 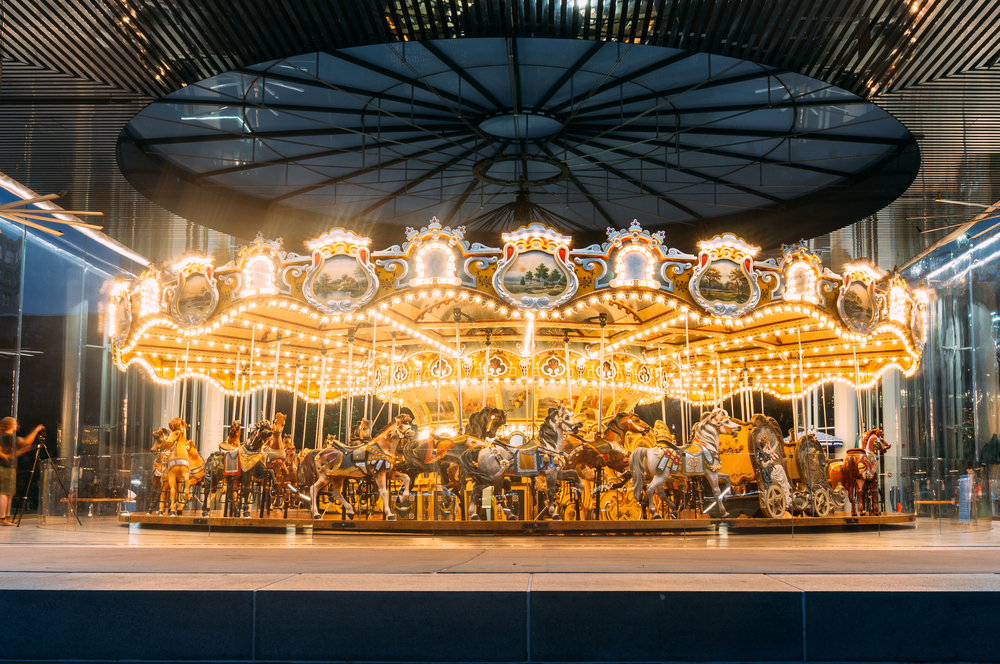 Given that example, we can understand that all the stars we see in the sky rise and set, just like the Sun and the Moon, because of the Earth’s rotation. However, that brings us back to the same question—are there any stars that don’t set at all? And if so… how?

How do some stars not set or rise in the night sky?

We discussed how the Earth’s rotation can make us feel like the stars in the sky are rising and setting. Now, imagine going out on a beautiful and dark night. You have your camera and a tripod with you. You set the camera on a tripod and sit beside it, taking in the magnificent view. The best way to take pictures of such a beautiful night is using a long exposure mode, which allows you to see the streaks of the stars in the night sky. 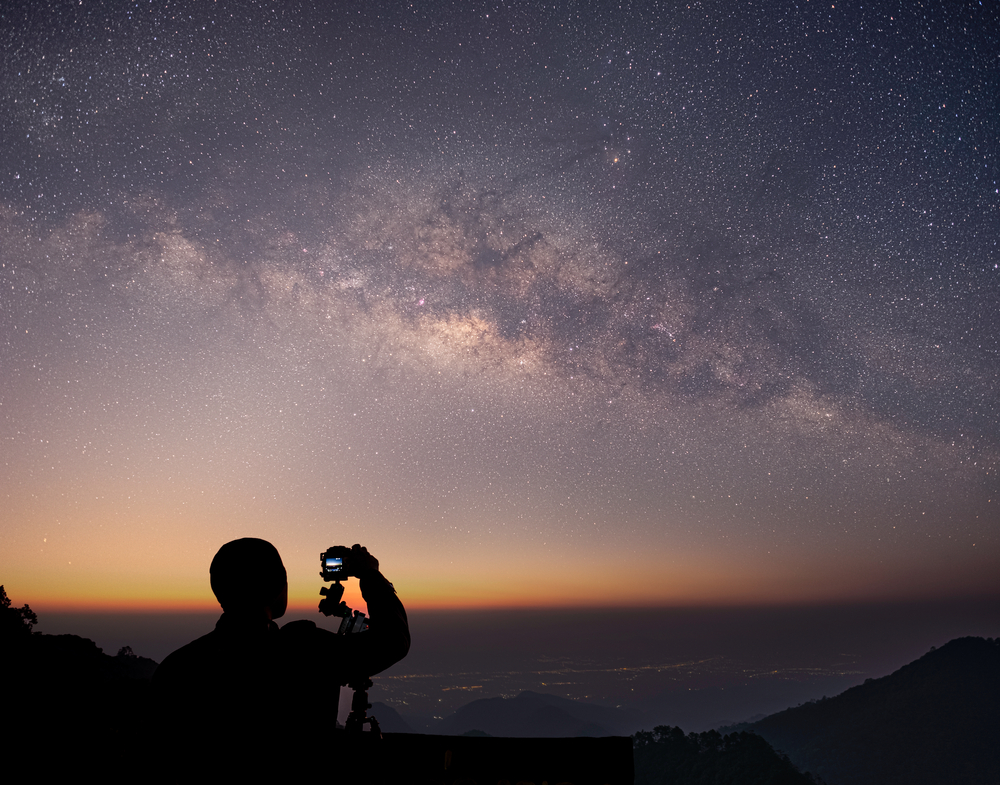 When you’re done taking the picture and admire the final product, you will see lines moving across the sky, which trace the paths of different stars. There is something interesting and immediately noticeable about many of these streaks… they are moving in circles. 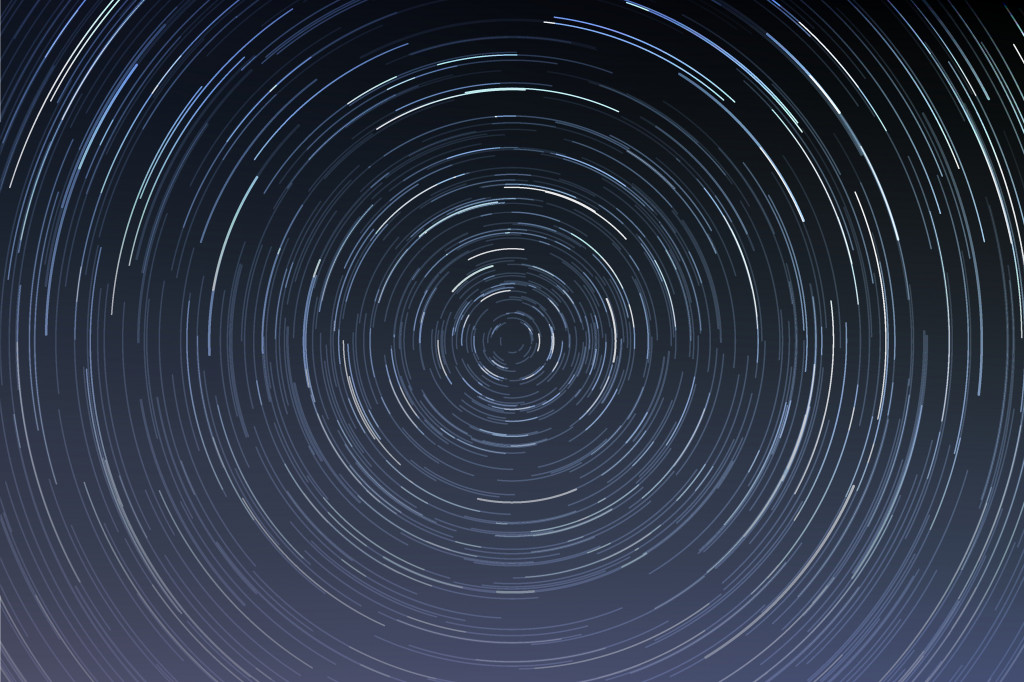 But why don’t they set and rise like the other stars? To understand that, let’s go back to our example of the carousel.

When you’re looking at the people standing around you, you see them once and must then complete an entire round before you can see them again. If your peripheral vision was the “horizon”, this would be similar to them “setting” and “rising”.

However, if someone were to stand on top of the carousel, that person would never leave your peripheral vision. This is exactly what happens to Circumpolar Stars.

Circumpolar stars are generally quite high above the horizon line, so even when the Earth rotates around itself, they stay in our vision. Instead of making streaks in the sky that pass below our horizon, they just make circles, as seen in many pictures.

How to know if a star is circumpolar?

If you see a star as Circumpolar or not depends on your location on Earth. If you were to stand at the north pole of Earth, you would find all the stars to be circumpolar. All of these stars would be making circles around Polaris, which would never move from its place.

The farther we start getting from the poles, the fewer circumpolar stars we get to see. One can determine if a star is Circumpolar or not by the coordinates of both star and the observer. One of the important coordinates used to mark the position of stars in the sky is declination. In simple terms, declination gives the angle at which the star is from the coordinate system’s equator. This tells how high or low a star is in the sky. 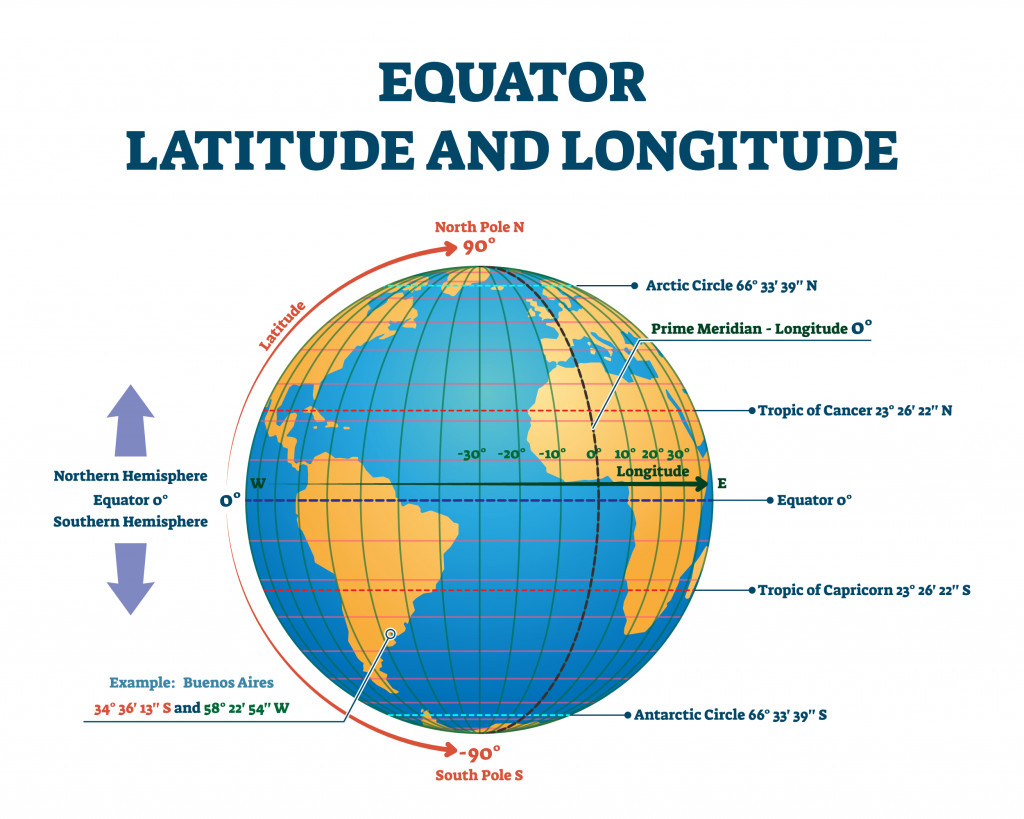 Latitude of an observer on the Earth. (Photo Credit : VectorMine/Shutterstock)

Similarly, we need to know if the observer is located closer to the poles or the equator, and for this, we make use of latitude. Just like declination, latitude is smaller towards the equator and higher towards the poles. Once we have these two coordinates, we can determine that the star is Circumpolar if it satisfies the equation:

Declination of the Star >= 90o – Latitude of the Observer

If you want a little snack for your brain, you can identify the coordinates of some stars in your night sky, along with your own latitude, and find out how many of those stars are Circumpolar!