Peacocks don’t dance because it is raining. In main parts of Asia such as India, the peacock’s mating season which being around May coincides with the monsoons. To attract a mate, peacocks perform an elaborate dance to show of their tail feathers to a peahen.

There is no denying that peacocks are some of the most beautiful (and slightly bizarre) animals on the planet. If you’ve ever seen a peacock at the zoo (or in the wild), you can’t have missed their incredible feathers. With huge, elaborate eye-spotted tail covert feathers, these birds look like a case of natural selection gone horribly awry – but in a completely fascinating way.

However, that’s about as far as general knowledge of peacocks goes. As it turns out, they have some other rather interesting traits that help them stand out from the rest of the avian world. For instance, if you ever see a peacock caught outside in a rainstorm, there’s a good chance you’ve seen that beautiful beast dance. The question is… why do these stunning birds like to dance in the rain?

The answer isn’t actually that simple.

The Legend of the Peacock Rain Dance

This phenomenon of seeing peacocks dance in the rain is far from a modern idea. In fact, for centuries, many people have believed (and still do) that peacocks tend to dance before the rain comes, essentially foretelling when a place might have a sudden shower.

However, as cool as that would be, that idea is now widely considered a superstition. The occurrence, when it does happen, is bizarre, but there has been no scientific proof discovered for this apparently prophetic ability. The real reason for this downpour dancing is actually all about being in the right place at the right time.

One of the most interesting things about bird species around the world is the wide diversity and bizarre nature of their mating rituals. From the bugling calls of Emperor penguins and the two-timing trickery of hedge sparrows to the strange dance of birds of paradise, birds have developed some truly odd ways of attracting and keeping a mate.

Peacocks are the male variety of peafowl (as opposed to peahens – the females), and they are no exception to this penchant for strange mating rituals. It comes as no surprise that a bird with such a beautiful set of tail feathers would be interested in shaking them to attract a mate, once again proving that humans aren’t all that different from our animal brethren.

Now, for a bit of backstory, peacocks and peahens primarily live in India, Sri Lanka, Myanmar, and Java, as well as one species living in the Congo. What do all of those places have in common? A wet season (or a monsoon season, in the case of some Asian locations). Coincidentally, the wet season often begins around May, in the springtime, when animals all over the world feel that ancient urge to mate. 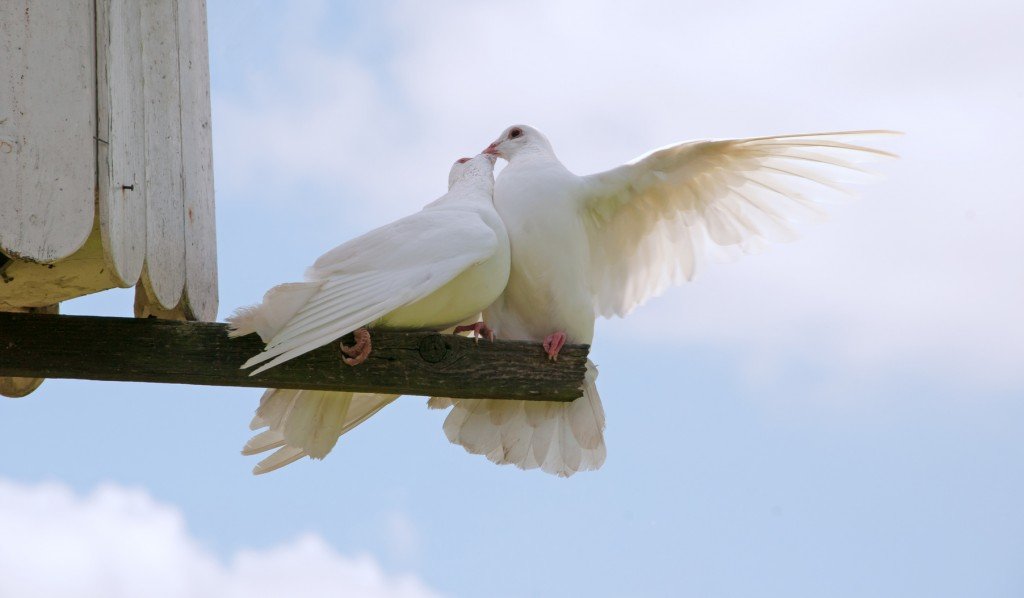 Some doves should just get a room… (Photo Credit: chelle129 / Fotolia)

Therefore, when on a trip through India or Indochina, if you come across a peacock dancing in the rain, you can draw some immediate conclusions – rainy season has begun, and that beautifully bedecked bird in front of you in feeling a bit frisky and looking for a mate.

What complicates this explanation slightly is their coincident use of their covert tail feathers to attract a mate. Peacock tail feathers aren’t just big and boldly colored; they have actually developed tiny crystal-like structures spaced throughout the feathers that bend and reflect light in interesting ways, making the birds seem so vibrant and eye-catching. 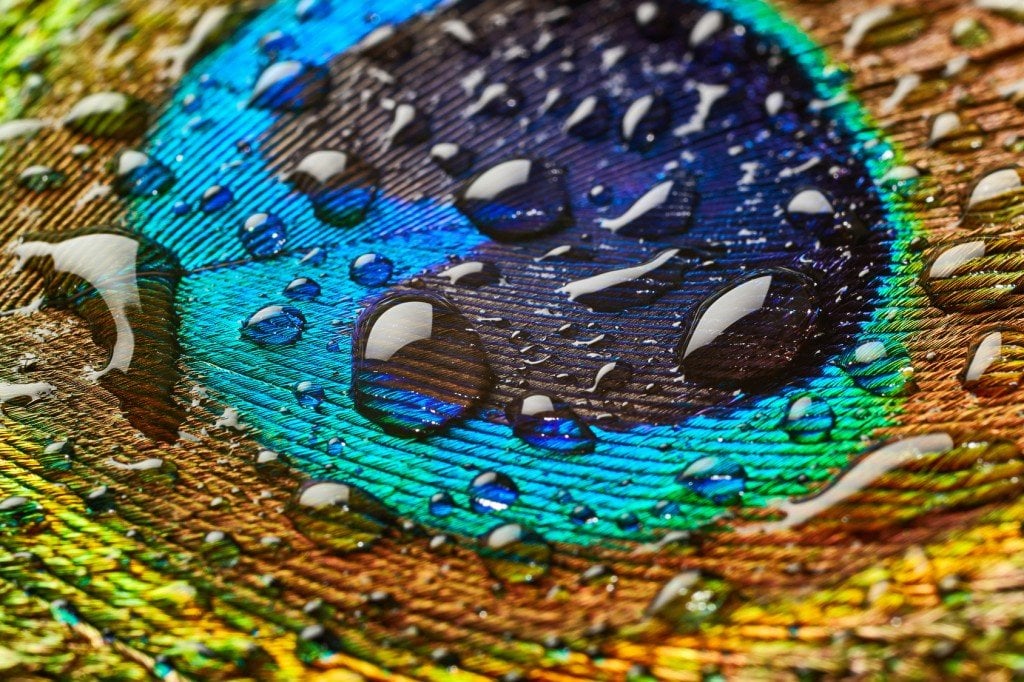 When these crystal-like structures get damp, they may appear to glisten even more, making them even more attractive to potential mates. While this may just be a happy accident for peacocks, rather than a preferred weather condition for their mating ritual, they certain don’t seem to mind dancing in the rain.

At the end of the day, once these birds are damp and dancing, puffing out those tail feathers as far as they can, they’re downright irresistible to any peahens nearby!

Do you know why peacocks dance in the rain?