An ectotherm, commonly referred to as a cold-blooded animal, relies on external heat sources to control its body temperature, which can fluctuate widely based on the animal’s surroundings. This is different from endotherms, who regulate their internal temperature based on heat produced within the body.

On a hot summer day, as you walk your dog down the street, you will notice that your dog’s tongue is hanging out as he pants, and your t-shirt is slowly soaking through with perspiration. Both of these activities are methods that our bodies (humans and dogs) utilize to control and stabilize our internal temperature. By sweating, we are able to cool down the body as the result of evaporation, while panting allows for the same thing to happen on a dog’s tongue. 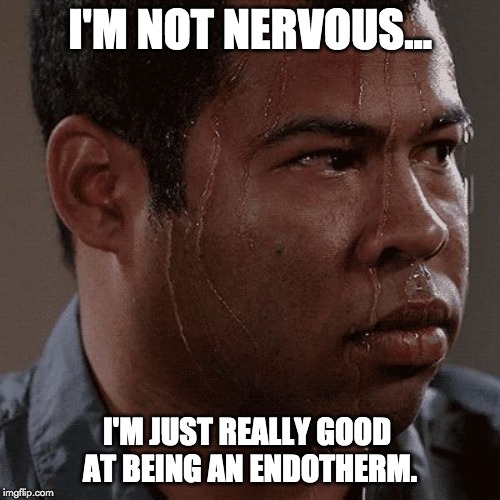 However, humans, dogs and thousands of other mammals are endotherms, whereas reptiles, fish, lizards and invertebrates are ectotherms. Instead of managing the heat being produced inside their body to keep their temperature stable, they rely on their outer environment as a heat source, and allow their body temperature to fluctuate much more than endotherms.

What is an Ectotherm?

As mentioned above, an ectotherm is commonly called a “cold-blooded” creature, and there are hundreds of thousands of ectothermic species. Unlike endotherms, “warm-blooded” animals, ectotherms are unable to increase their internal metabolic activity to boost heat production. They do produce some amount of metabolic heat, but not enough to completely fuel their body. Instead, they are at the whim of their external environment, relying on open spaces to soak up the sun, and also shaded areas to shield the creature from heat when it gets too hot outside. 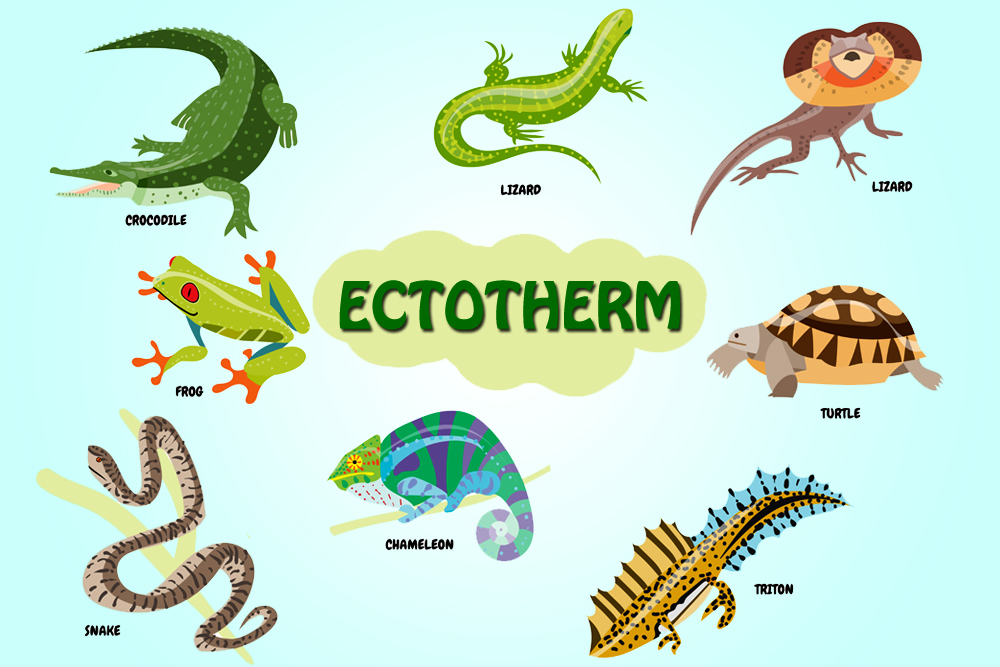 If you have ever seen a lizard lying lazily on a rock, you’re witnessing a key element of ectothermy. This practice of “basking” allows the animals to directly soak up the heat of the sun and the heat of the rock beneath it. This will increase the creature’s internal temperature to a comfortable point. There is usually a preferred range of temperature for ectotherms, but there is less rigidity in that range as there is for endotherms.

Consider a lizard in the Sahara Desert, where daytime temperatures may soar above 110 degrees, but once night falls, the temperature could plummet to a chilling 25 degrees. That lizard will be able to sun itself on a rock during the early morning sun, seek shade from the scorching noon heat, and then finally adjust its internal body temperature for a chilly evening. It makes for an unpredictable life, but a much more flexible one!

Benefits of Being an Ectotherm

The primary benefit of being an ectotherm is the smaller amount of food that must be consumed, in comparison to warm-blooded animals. Humans, birds and other mammals must consume a significant amount of calories per day so their internal temperature can be maintained. The majority of food consumed by endotherms does not, in fact, go to increasing or maintaining body mass; it is used as metabolic fuel that keeps our temperature level.

Similarly, smaller warm-blooded animals struggle to maintain their body temperature, due to their greater ratio of body surface area to mass; essentially, smaller endotherms must work very hard to keep themselves warm, since they are constantly losing heat to the environment. Small ectotherms, however, don’t need to worry about this problem, which may explain why cold-blooded animals tend to be smaller creatures.

Another benefit to having a fluctuating temperature is that ectotherms are less susceptible to infections, parasites and other pathogens that endotherms must face. The varying temperatures of their bodies make them anything but ideal for bacteria and other nasty microbes, which prefer a stable, warm temperature to thrive. That being said, the vulnerability of endotherms to more infections has improved the strength and complexity of their immune system beyond most ectotherms. 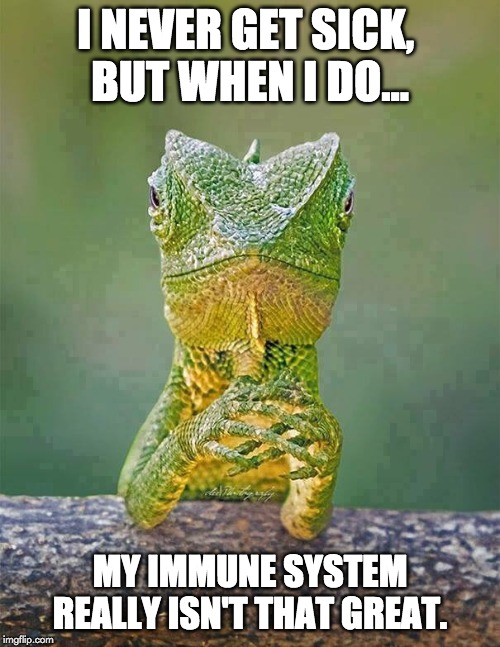 Finally, ectotherms are able to live in quite extreme conditions where endotherms prefer to avoid. More importantly, even in the most extreme areas, these creatures have adaptations to keep their body temperature within a safe range. Many endotherms are able to burrow into soil, open their mouths to release heat, change colors, or simply orient themselves differently to the sun if they get overheated. When an ectotherm’s body temperatures rises too high, it can cause the body’s proteins to denature, but in such a circumstance, they can release substances called heat-shock proteins. This will prevent the denaturing of the protein, and is considered part of the animals “heat shock response”. Endotherms also have heat shock proteins (HSPs), but they are less readily released, and are not considered our first line of thermo-protective defense.

On the other end of the spectrum (literally), if temperatures plummet to near-freezing, or even below, ectotherms can shiver, huddle together for warmth, or release cryoprotectant substances into their blood to prevent ice crystals from forming. These cryoprotectants consist of sugars, salts, glycerol, glucose and other proteins, depending on the particular species, allowing Arctic insects, fish and amphibians to survive.

They are unable to secure large stores of energy for hunting or mating, and are somewhat immobile and defenseless when the temperature plummets. Furthermore, there are some areas where they simply cannot survive (namely very cold regions) because they would never be able to boost their energy levels to move, hunt and eat. Before hunting, an ectotherm may bask in the sun for hours, as though it is charging a battery, whereas endotherms can increase their heart rate, body temperature and energy levels in mere moments.

In the grand history of life on this planet, ectothermy was on top for the vast majority, but as evolution continued and life began to diversify, certain circumstances drove natural selection towards endothermy. There are plenty of pros and cons to both ectothermy and endothermy, but as a human being reading this article, just be glad you don’t need to lie on a rock to warm up every morning.