There has long been a popular belief that zebras were white animals with black stripes, but scientifically, it turns out to be the opposite. According to the principles of embryology, the real/original color of zebras is BLACK. The white color is actually the stripe around the main black background of their body.


There is no denying that zebras are one of the most exotic and breathtaking horse species, but there are also plenty of questions about these beautiful animals.

1) Are zebras white with black stripes or black with white stripes?

2) What is the purpose of having such a peculiar pattern on their bodies?

Look no further because researchers have finally landed on some answers!

In the Medieval era, people believed that zebras had white bodies with black stripes. The proof of this hypothesis lay in the fact that they had white underbellies. This makes logical sense; white is a lighter color; it would be the base to a darker black. 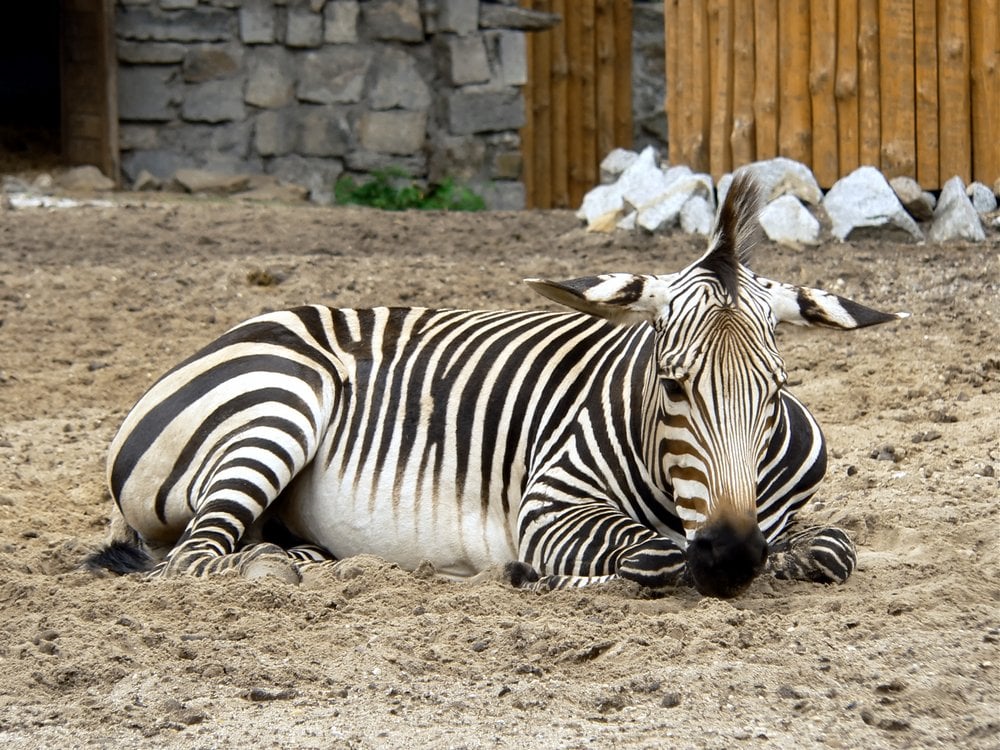 However, recent studies prove the opposite: zebras are actually black with white stripes!

Zebra’s Stripes are Formed Due To Selective Pigmentation

The stripes are mainly caused by selective pigmentation.

Zebra embryos start completely black. Cells called melanocytes produce the black pigment melanin, which colors the hair and skin of a zebra. After being produced, the melanin will make its way to the skin cells and the hair shaft. 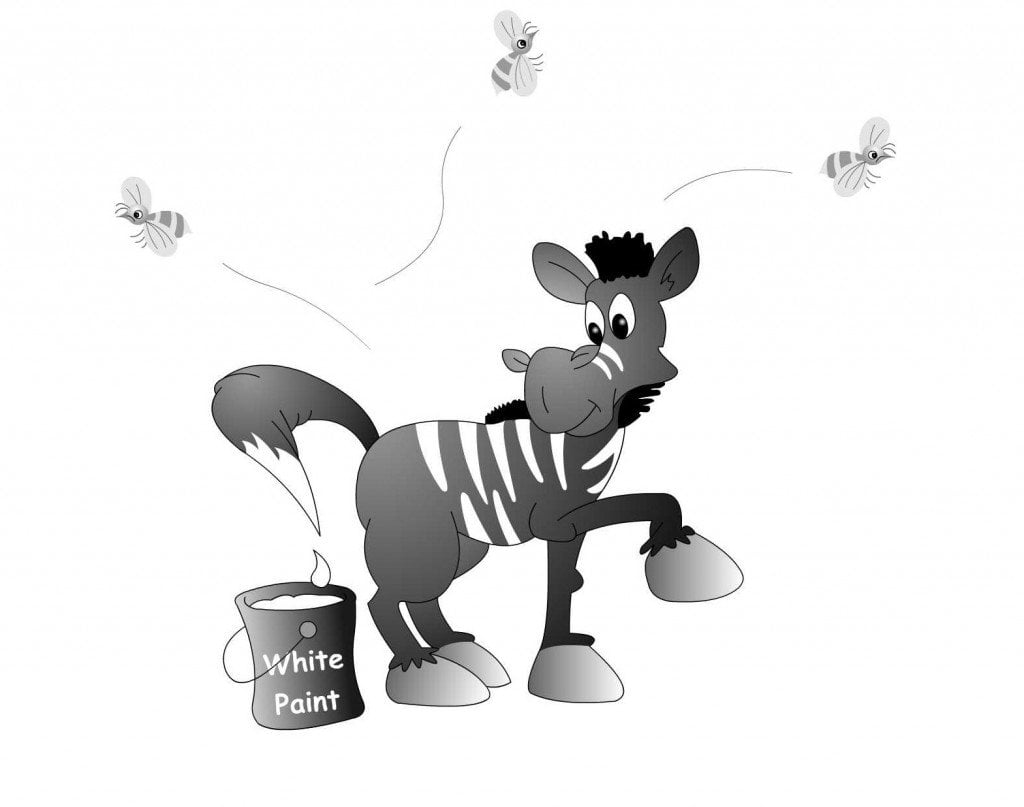 This pigmentation is controlled by the activation or inhibition of certain genes involved in the production and transport of melanin.

In the last stage of embryo development in the zebra, melanocytes in certain areas have their melanin-producing genes turned off, resulting in the white stripes we see in a zebra.

However, the zebra’s skin does not turn white in these regions due to the separate paths that lead to skin color and hair color. Thus, the skin of the zebra remains black, while the fur may be white or black.

Differences in their stripe pattern can recognize different zebra species.

Depending on when these genes are switched on, the stripe patterns form accordingly. Studies have shown that the earlier the melanocyte matures, the thicker the stripes of the zebra. This is an example of heterochrony. Simply put, it is the difference in the timing and duration of certain genes being turned on or off between different organisms.

The Genes That Control Creating White Stripes on Zebras

While we know this much, the molecular pathways and which genes are involved remain a mystery. In 2016, a study published in the journal Nature suggested that the Alx3 gene is involved in forming stripes. Since zebras are difficult to keep in the laboratory, the researchers instead examined the stripe pattern of the African striped mouse.

Alx3 was found before pigmented stripes. It also suppresses a gene called Mitf, which controls how melanocytes mature, leading to light stripes.

Although these were found in rodents, evolutionarily speaking, it could help scientists determine the purpose of stripes, whether they are on zebras or other creatures!

What is the Purpose of a Zebra’s Stripes?

This question doesn’t have a single, straightforward answer; there are several hypotheses:

The stripes of a zebra actually serve as camouflage to deter its main predators: lions and hyenas. As the animals herd together, experts believe that the mass of stripes can confuse predators by acting as an optical illusion and effectively merging their figures. Therefore, a herd of zebras can create the optical illusion of a huge mass, thus deterring any predators from taking on the herd alone.

Zebras spend a lot of time grazing on open plains, which means that they have to endure the intense African heat for long periods of time. Zebras with the most prominent torso stripes generally live in the northern equatorial region of their range. In contrast, those with less prominent torso stripes are more common in their range’s southern, cooler regions. This geographical distribution supports the stripes’ proposed utility as a heat-regulating tool.

Both of the above ideas have been popular theories in the past, but they do not have much evidence to support them.

3) Flies and other pests

Tsetse flies are a major problem for animals in tropical Africa. These parasitic flies cause the disease trypanosomiasis in both animals and humans. One hypothesis supported by some evidence is that zebra stripes confuse the flies. A study published in 2014 in Nature found that flies thought to be a common pest for Zebras are less likely to sit on black and white striped surfaces.

In 2019, Japanese researchers painted cows black and white and found that fly bites were reduced by 50%. They have proposed this method as a possible prevention technique for spreading disease by these tsetse flies.

And there you have it… a zebra is a black horse with white stripes because they do not want flies to suck their blood!

How much do you know about the stripes on the zebra?