Scientists have proposed several hypotheses to explain why lions have a mane. The current evidence supports the theory that a male lion with a dark and large mane is seen as a robust and healthy mate by lionesses.

All members of the cat family, Panthera, evolved from a common ancestor, but the kings of the jungle are the only members of this family to sport lush manes around their necks. If lions are the only species of cats that grow manes, it must serve a solid function, right? 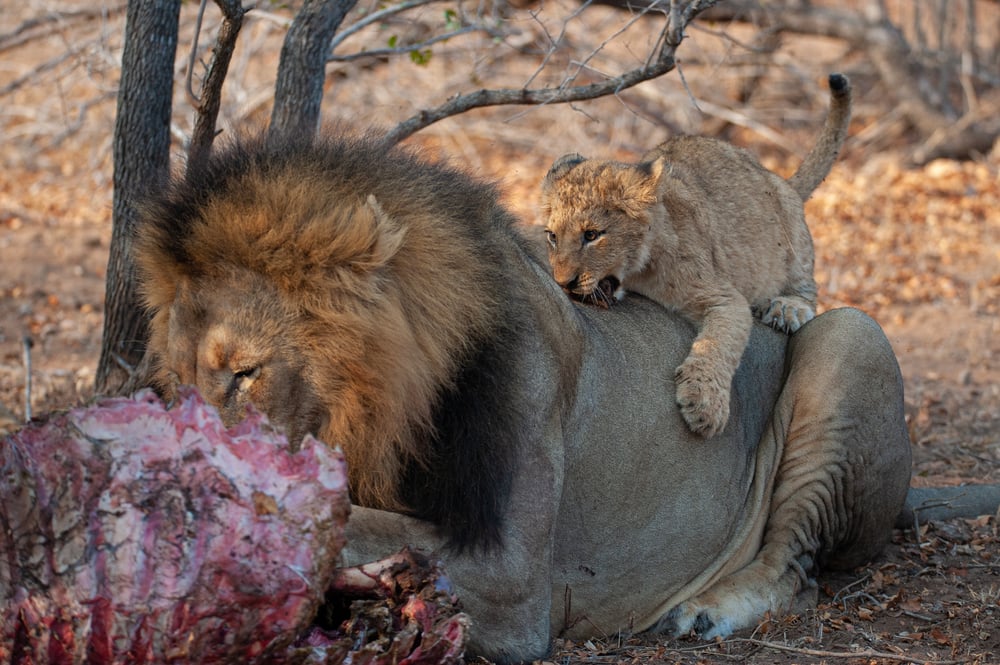 A Mane To Combat Rival Lions

Charles Darwin stated, “The mane of the lion forms a good defence against the one danger to which he is liable, namely the attacks of rival lions.”

Truth be told, Darwin’s strong suit was finches, but his statement (which was nothing but a hypothesis) was accepted by most in the scientific community and stood its ground until 1972. At that point, George Schaller, an ecologist who knew enough about lions to write and publish The Serengeti Lion, suggested that a lion’s mane could potentially flag him as a quality mate. Schaller pegged lions as avid sexual performers, having observed one to have mated about 157 times in just 55 hours!

However, neither of the two hypotheses were backed with proof. The popular belief for most common folk, until recently, was that a mane’s primary function was to provide protection to its bearer. Male lions are aggressive competitors, and will fight to climb the social hierarchy. The mane, as a protective cover, seemed like an evolutionary advantage against wounds and injuries around the neck. Unfortunately, this hypothesis didn’t make much sense, as lions who fight each other tooth and nail hardly ever strike at the other’s neck.

With the question still hanging about, theories had to be put to test. In 1995, the mystery of the lion’s mane grasped the attention of Dr. West and Dr. Packer, who set out to research their theories. 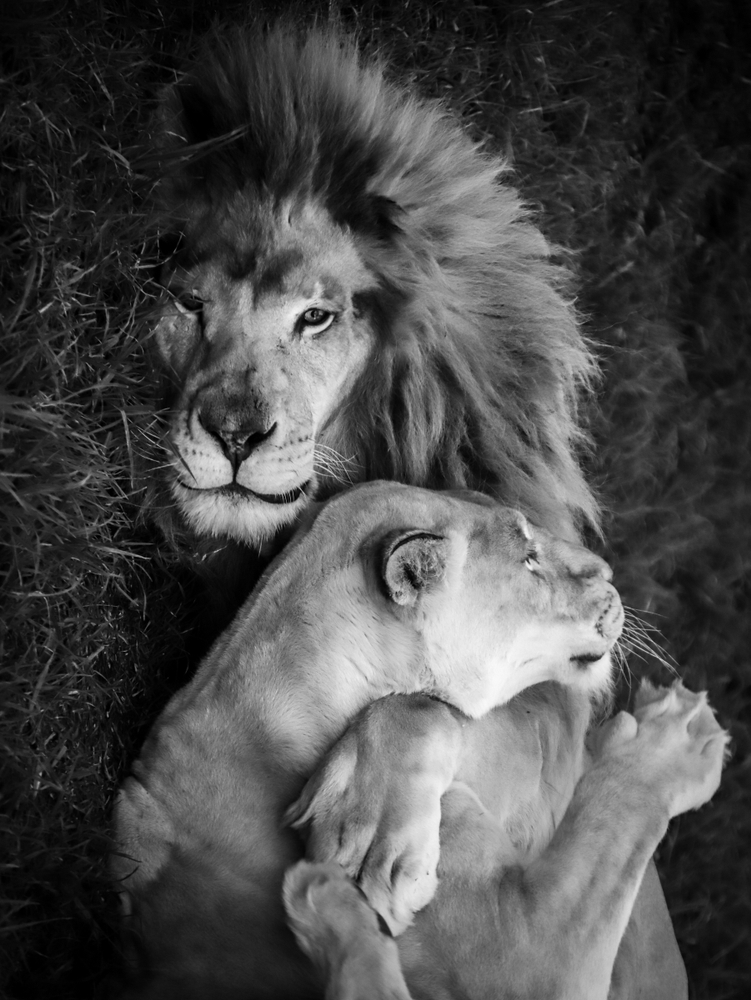 The scientists drove to Tanzania’s Serengeti National Park with a bunch of dummy lions with light and dark manes of various lengths. These dummies were romantically named Lothario, Fabio, Julio and, you guessed it, Romeo! Having laid them out in the open, they lured out the real lions by ringing their dinner bell— the sound a hyena would make during a kill.

To their surprise, the pride of lions found four strangers lined up. What the scientists observed made the role of a mane strikingly clear. The shorter-maned dummy was approached by the male lions nine out of ten times, whereas, the dark-maned dummies seemed to have cast a spell on the females of the group, with the lionesses approaching them thirteen out of fourteen times!

Who would’ve thought that a dark mane could spice up the love life of Africa’s biggest cat?

With the results of a successful experiment in hand, the reasons behind this selection became easier to explain.

The Mane And Sexual Selection

Sexual selection is a common practice across the animal kingdom, where the individuals of one sex choose mates of the other sex based on who developed specific superior physical and behavioral attributes. These traits can appeal to the mate-seeking individual, as it increases the chances of passing good genes to their offspring. Similarly, the lion’s mane may have evolved through sexual selection.

Like a rite of passage, the males of the pride begin growing manes when they reach the age of two, and at this stage, must secure a dominant position in a new pride. The longer the mane, the more intimidating this young male will seem to the current leader of the new pride, who he must overthrow to become a prime member.

Also Read: Why Do Some Animals Have Beards? 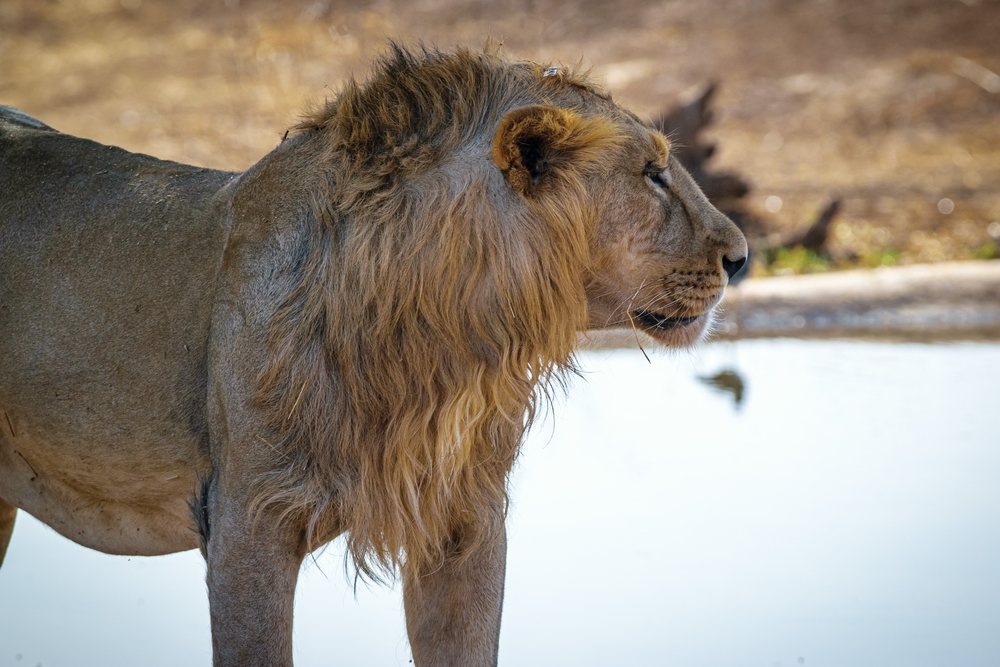 Much like boys that hope for a deep bass voice when they hit puberty, young male lions can luck out if they’re able to grow a lushly filled-out mane.

The darkness of the mane usually sets in prior to the lion’s first birthday and continues to darken for the next couple years.

Research shows that the blood of dark-maned lions shows higher levels of the male sex hormone, testosterone, so it makes sense why lionesses don’t prefer blondes. Dark manes indicate a male’s health, sexual prowess, strength and fighting capabilities to its potential mates or competitive rivals. The high levels of testosterone also help them heal quicker and help them survive longer in the wild.

In a pride, you’ll see a lot more females than males. During mating season, the females of the group were observed to give most of their time and attention to the dark-maned lions. This effort is not in vain; if a lioness scores a dark-maned gent, she is guaranteed more cubs with better genes and a higher survival rate.

Moreover, dark-maned males can better perform their duties of stay-at-home dads and fend off any potential threat that might hurt their cubs. So, length of the mane aside, these young lions should probably keep their claws crossed for a darker mane too! 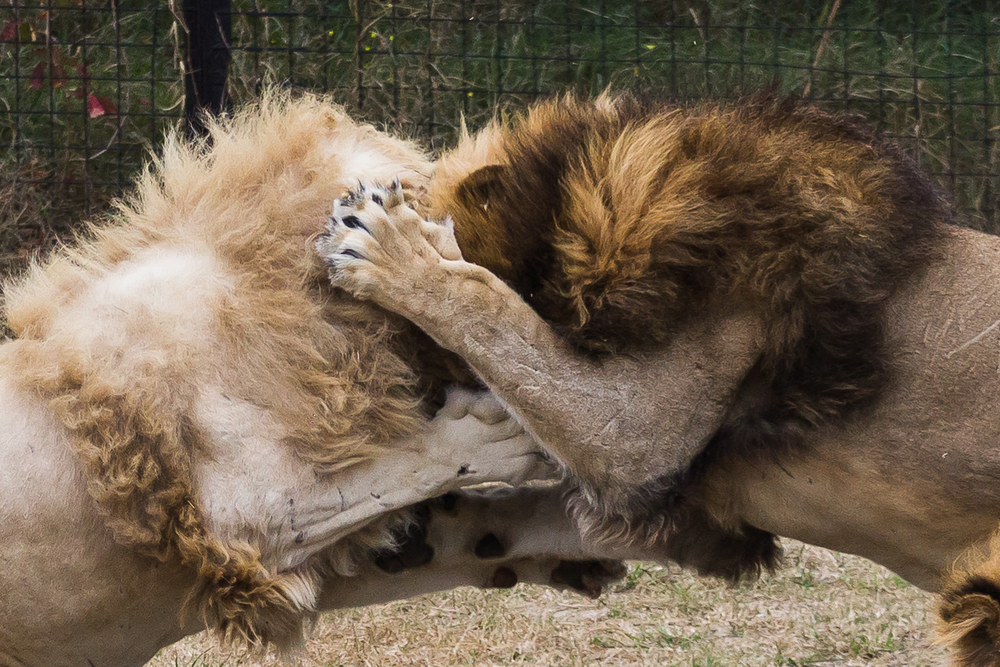 The dark manes of lions might get them their sex appeal and much needed intimidation, but there’s a catch, and it comes at a cost. Lions don’t have cool wet noses like dogs do, nor do they sweat like we can. They need to breathe and radiate their body heat through their skin to keep their temperatures in check. This is where their dark thick manes won’t play to their strengths.

Using cameras that can measure the surface temperature of objects, it was observed that maned lions were hotter than their mane-less counterparts. Dark hair is much thicker than light-colored hair, so it traps more heat and renders the whole process of heat dissipation inefficient.

During long summer months, the bodies of these lions become hot, and as a result, tend to produce more abnormal sperm. Such lions also tend to feast less often, which can affect their strength. Moreover, if and when circumstances dictate them to hunt for themselves, they have a hard time camouflaging in their surroundings. 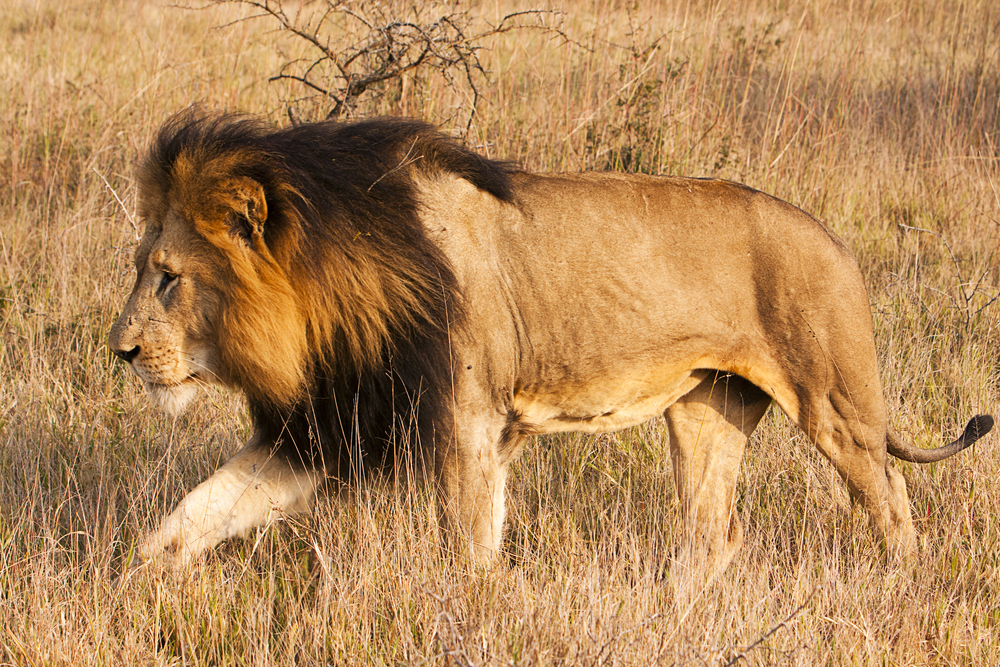 Also Read: Why Are Humans Hairless Compared To Other Mammals?

When it comes to lions, the darker the mane, the higher the level of testosterone in their blood. The more testosterone being produced, the more attractive they will seem to the ladies. A female lion prefers to mate with a black-maned male in order to have better surviving offspring, and premier care for her young cubs.

Disney’s The Lion King, should have given Simba a thick dark mane, because technically speaking, the dark-maned Scar had a better chance at winning Nala’s heart!