Yes, gorillas, koalas and chimpanzees do have fingerprints, which serve a very important purpose for their survival, if not ours.

There are plenty of things that separate us from other animals, such as language, self-awareness, clothing, the Internet, selfies… and the list goes on and on. However, there are also some things that unite us, and can remind us that before human beings essentially changed the game of natural selection, we had evolutionary traits and tricks just like our animal cousins, both far and near. Many of these traits can still be seen, even if it’s easy to take them for granted, such as fingerprints.

These days, fingerprints only seem to be useful for identifying criminals, but in our evolutionary past, they served a very different purpose. The question is, are humans the only animals to have developed these mysterious whorls and swirls, or do other creatures have fingerprints too? 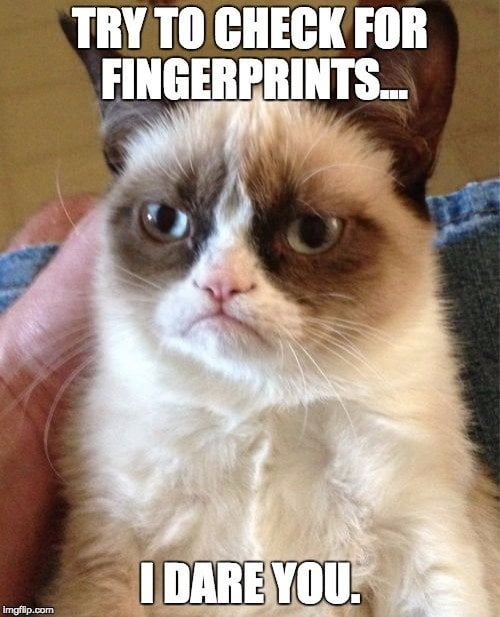 Short Answer: Yes, gorillas, koalas and chimpanzees do have fingerprints, which serve a very important purpose for their survival, if not ours.

The Function of Fingerprints

For those of you who understand natural selection, there is clearly no evolutionary advantage to fingerprints helping put criminals in jail, so there must be some other reason for their development. As it turns out, fingerprints also go by another name – dermal ridges – and when looked at under a microscope, those tiny patterns of swirls, loops and whorls look like a topographic map, complete with valleys and ridges. This textured nature of the fingerprints mean that they significantly increase friction on the surfaces they touch – everything from tree branches to footballs. By increasing the contact area between the fingers and the other surface, it is easier to hang on to and grip safely.

Roughly five million years ago, before primates came out of the trees and began to move upright throughout the world, the need for that extra grip was crucial. Leaping from tree to tree without falling, precisely grasping rocks and other makeshift tools, and climbing rapidly to avoid predators required a confident grip that wouldn’t slip. Wherever fingerprints have been found in the natural world, it has been determined that they serve a very similar purpose.

That being said, there has been some research on the frictional function of fingerprints that has found this accepted argument lacking. The opposing theory states that fingerprints, due to their rather rubbery nature, allow the skin to deform and avoid the development of blisters, unlike our palms, fingerpads and soles (of our feet), which can often blister. This argument doesn’t full hold up, however, because human palms are also covered in dermal ridges.

Furthermore, some researchers have also proposed that fingerprints actually reduce contact area, which would lower the frictional coefficient. Others even argue that fingerprints are designed to help maintain a grip on wet surfaces, as the small channels between the ridges would be able to shift water away from the contact point. Whatever they’re true purpose, they are important, and very difficult to get rid of, unless you’re joining a secret government agency, of course.

Research is limited on this subject, but it is ongoing, both in humans and in the animal kingdom. Speaking of fingerprints in other animals, the form that their fingerprints take, as well as the species where fingerprints have independently developed, may surprise you!

As of now, the only animals aside from humans that have the same types of fingerprints are gorillas, chimpanzees and koalas. Now, the first two don’t come as much of a surprise, given our primate ancestry, but koalas seem to stick out like a sore thumb on that list. They are marsupials, and haven’t shared a common ancestor in more than 70 million years. The idea that fingerprints independently developed in koala bears is one of the strongest arguments for the frictional function of fingerprints, considering that koalas spend the vast majority of their life hanging out on the sides of trees, munching on eucalyptus leaves and generally being quite lazy. 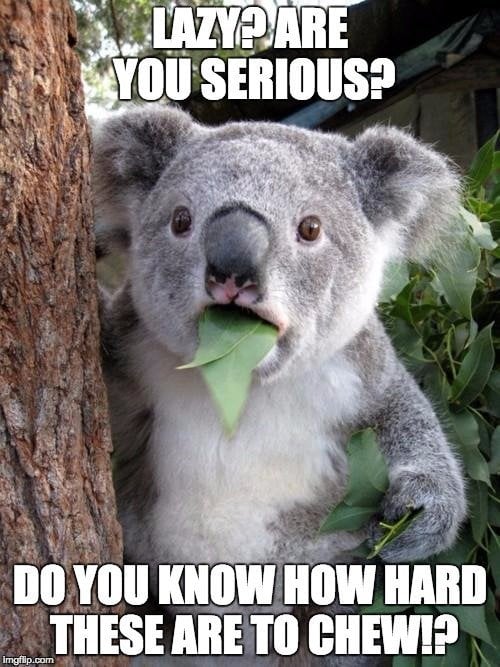 Oddly enough, the fingerprints of koalas are nearly identical to human beings, and even under a microscope, they are basically impossible to tell apart. The shape, size and ridge patterns are bizarrely identical, even moreso than the similarities between primate and human fingerprints. However, while human beings have “dermal ridges” on their entire fingers and across their palms, koalas only have fingerprints on the tips of their fingers, where the majority of their gripping force occurs.

Gorillas and chimpanzees have hands that are remarkably close to human beings, and they also possess fingerprints on their hands and feet, as well as on their opposable thumbs and big toes. As mentioned, these dermal ridges help the gorillas and chimps grip tools, providing them with dexterity and the ability to climb and maneuver with ease.

Although the presence of “fingerprints” is quite limited in the animal kingdom, a few other species have dermal ridges, just not where you might expect. Certain species of monkeys in South America have these “prints” on their prehensile tail, which helps them grip branches more effectively, and the same development is seen in the phalanger, a tree-dwelling marsupial native to Australia and New Guinea.

Dermal ridges are even seen in pigs and dogs, albeit on the front of their hairless noses, but each of these “noseprints” is completely unique – just like our fingerprints!

As you can see, when evolution lands on a good idea that serves a valuable purpose, it shouldn’t come as a surprise when that feature pops up in different species at different times, even when separated by 70 million years!