Many animals experience jet lag, but there are some that can manage to avoid the unpleasant effects of changing time zones.

Jet lag is a somewhat recent phenomenon—a newly turned centennial. The first international flight (one that meant a change in time zones) took place in 1919 between London and Paris. However, it was only in the 1960s that the term found its way into the mainstream media.

On February 13, 1966, reporter Horace Sutton’s article in the Los Angeles Times reads, “If you’re going to be a member of the Jet Set and fly off to Katmandu for coffee with King Mahendra, you can count on contracting Jet Lag, a debility not unakin to a hangover.”

What Is Jet Lag?

“Jet Lag derives from the simple fact that jets travel so fast they leave your body rhythms behind,” Sutton further noted in the article, and he’s right!

Our body’s circadian rhythm maintains your inner sleep or wake schedule, which is why it’s also called the ‘body clock’. In tune with the cycles of day and night, our circadian rhythm affects everything from body temperature to hunger, and, of course, sleep. When we change time zones, our internal body clock lags from the time zone we left.

Consider that you’re traveling from Tokyo, Japan to San Francisco, USA. The flight takes about 9 hours and 25 minutes. If you leave Japan at 5:50 pm, you’ll land in the USA at 11:15 am. But, in your head, it would be about 3:30 am. So, it’s sunny in San Francisco (or Philadelphia), but your brain and body are still back in Tokyo, where the moon is up! 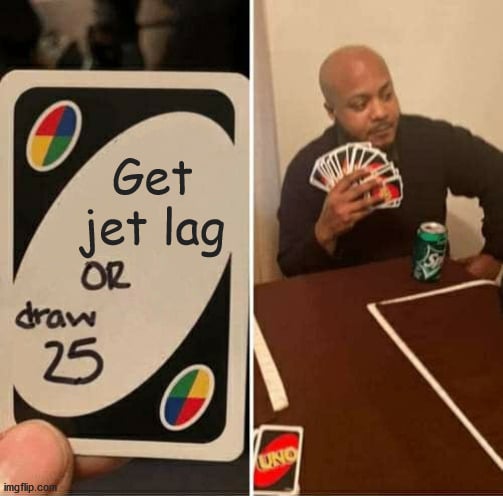 No one likes jet lag

Every businessperson or celebrity is acutely aware of the symptoms of jet lag. Fatigue, headaches, upset stomach, and an inability to sleep are all common, but what about your pet that travels on the same flight? What about those animals flown across the world for research or entertainment?

We may like to think of ourselves as a standout snowflake species of the living world, but having a circadian rhythm isn’t unique to humans. Life, in the broadest sense—animals, plants and even bacteria—possesses a circadian rhythm.

We only know whether an animal experiences jet lag when we experimentally study it. Theoretically, any animal with a circadian rhythm would experience jet lag under the right circumstances. But, as you’ll see, the natural world doesn’t always lend itself to theory.

Animals That Get Jet Lag

We probably know more about how jet lag affects mice than we know about its effects on us. Researchers carry out experiments on mice (today, under strict ethical guidelines) to understand, among many things, how a living creature’s circadian rhythm works, and the genes and proteins that may be involved.

One way to study this is by inducing jet lag in mice. These mice get similar symptoms as us when faced with jet lag.

Also Read: Why Do We Wake Up At Roughly The Same Time Every Morning?

Anecdotal evidence suggests that pets do get jet lag, but little concrete research has been done on the subject. Researchers have studied social jet lag, which is when pets—particularly dogs—are active at a different time than their owners. This can cause both the owner and the pet to lose sleep, resulting in jet lag-like symptoms (without the time zone change).

The curveball in this list is the horse. It both does and doesn’t suffer from jet lag.

In terms of sleep, a horse will face little to no difficulty because, instead of sleeping 8 hours at a stretch, horses only sleep for a total 3 hours, split up into short catnaps. Distributing its sleep throughout the day means that its sleep pattern isn’t affected. 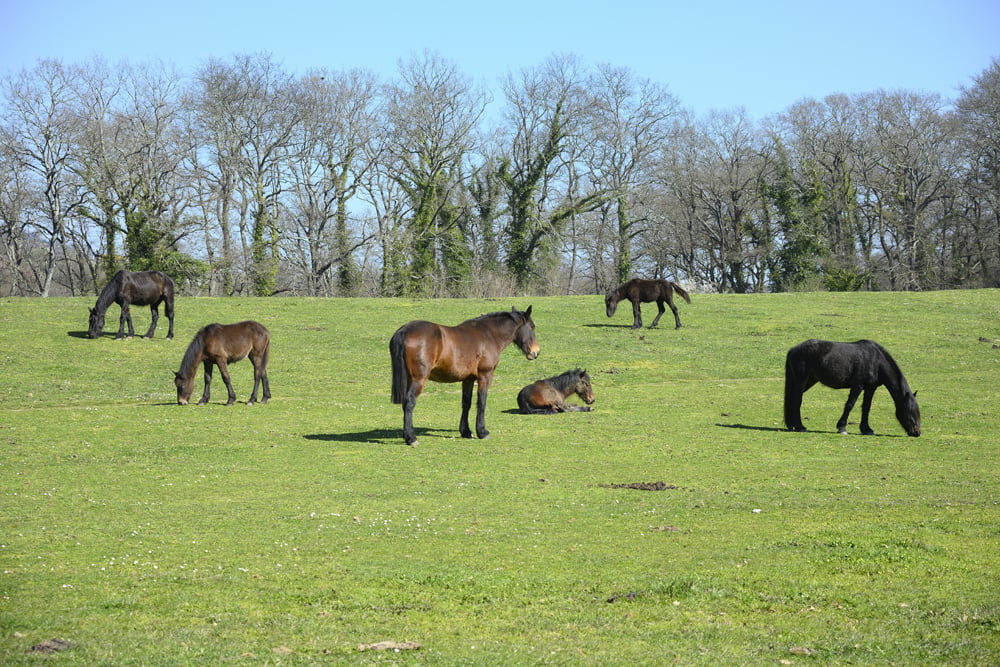 However, a circadian rhythm, and by extension jet lag, isn’t only about sleep. The change in time zone does affect melatonin hormone levels and body temperature. That said, according to one study, horses might recover from jet lag faster than humans.

Besides mammals, we know that insects like bees experience jet lag. In a landmark study called the ‘jet lag experiment‘, researchers trained bees in Long Island, New York, USA, and then flew them overnight to Davis, California, USA. The next day, they found that the bees were foraging for pollen and nectar on New York time, rather than taking direct cues from the sun.

As for birds, reptiles, amphibians and fish, the data is too scant to say that they may or may not experience jet lag.

Animal That Don’t Get Jet Lag

We wish we could flick a switch and reset our body clock to the right time. Well, the trashline orb weaver can do just that.

Thomas Jones, whose lab studies the behavior of these spiders, found that the spiders had unusually short internal days—18.5 hours, instead of a 20 to 24-hour day. The mutant animals with short circadian rhythms that scientists create don’t survive very well, but these spiders have no problem with the strange hours.

Even more surprising is that the spiders can reset their circadian rhythms. Under experimental conditions, the scientists flashed light at the spiders, such that they would have an almost 6-hour jet lag. Rather than disrupting the spider’s activity, the spider would just reset its behavior by 6 hours. Other spiders have shown similarly odd circadian rhythms.

Also Read: Why Do We Sometimes Feel Tired All Day, But Wired At Night? 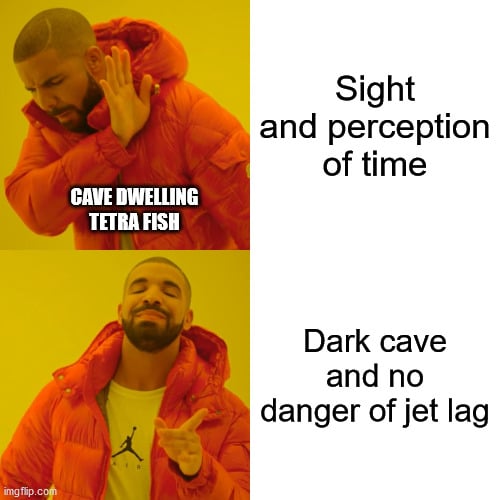 When you’re always in the dark…

This makes sense; since the cave-dwelling fish are in constant darkness, they don’t need sensitivity to light, and neither do the animals on which they prey. However, strangely, even those animals that dwell in complete darkness appear to possess a weak circadian rhythm…. so the mysteries continue!