Dielectrics are basically insulators, materials that are poor conductors of electric current. Unlike the free electrons in a conductor, its electrons are tethered to its atoms. Consequently, no current can flow through it.

Such a material has no place in conductive devices, unless it is used to insulate itself, of course. However, if you think that dielectrics are despised by engineers, you are terribly mistaken. In fact, dielectrics are as ubiquitous as transistors. Between every capacitor is sandwiched a dielectric, the same capacitors without which your touchscreen would merely be a sheet of glass. But how does an insulator enhance the efficacy of a capacitor? 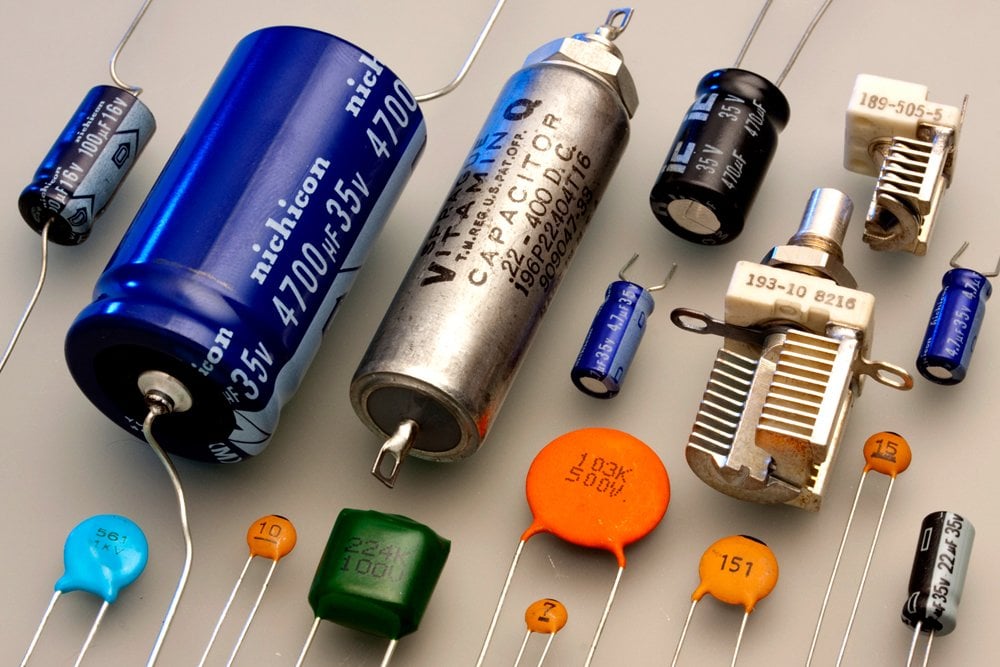 First we need to understand how a capacitor works.

A capacitor is a device that consists of two parallel metallic plates placed extremely close to one another. The primary objective of a capacitor is to store charge. The charge can later be released to drive other circuits. This property renders it very useful in devices such as inverters. However, before releasing charge, it must first acquire it.

A capacitor is fed charge by connecting its plates to the terminals of a battery. Now, because metals are a sea of free electrons, when the electrons emanating from the negative terminal reach the metal, they violently repel the electrons on its surface. The repulsive force neutralizes the force exerted on the electrons by the battery, deterring them from accumulating on the plate.

Electrons coming from the negative terminal reach the metal wherein they violently repel the electrons on its surface neutralizing the force exerted on the electrons by the battery.

The extra electrons could be accommodated if they were somehow attracted by a force greater than the force of repulsion. This is achieved by placing another metal plate parallel to it. The parallel plate is connected to the positive end of the battery. At that point, the positive terminal attracts the electrons from the plate to which it is connected, rendering it positively charged. 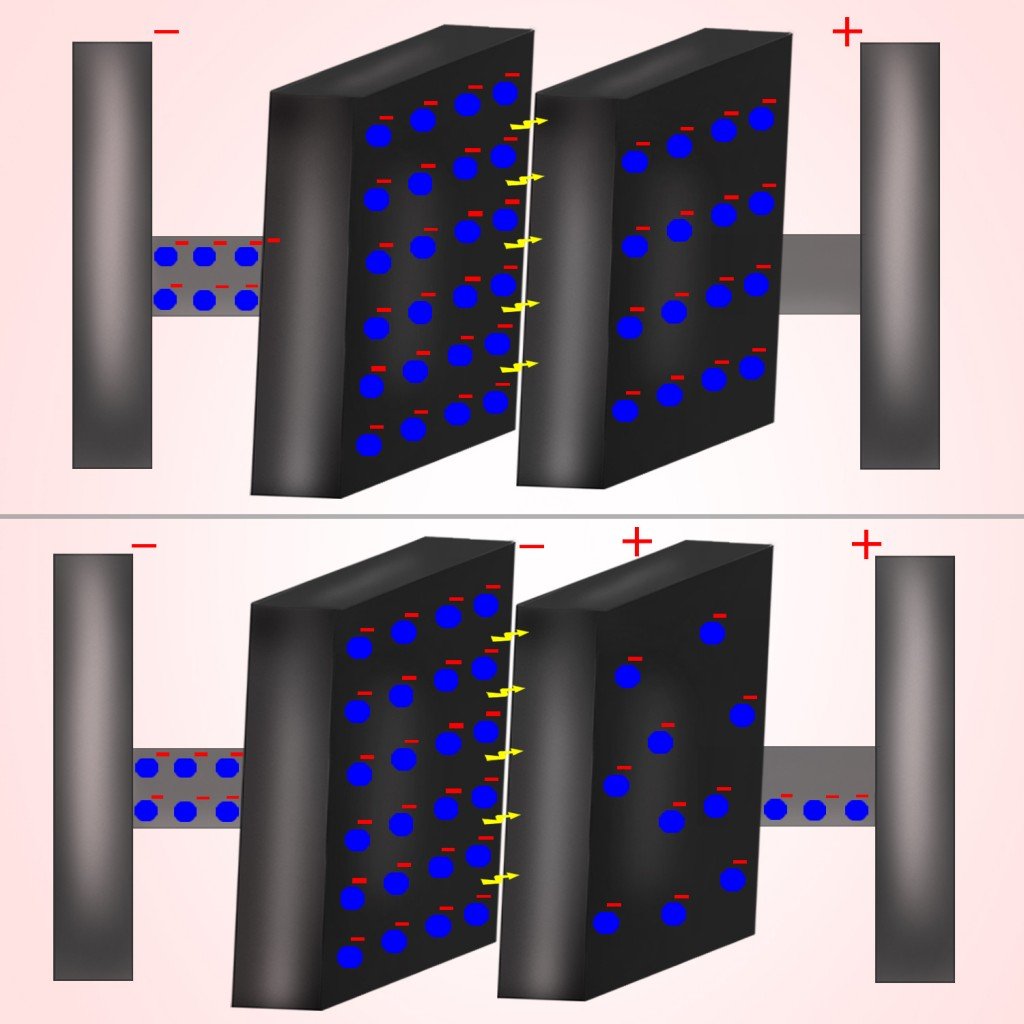 By placing another parallel metal plate the extra electrons are accommodated.

This positively charged plate will now provide the force of attraction we desired, meaning that it will attract the extra electrons transmitted by the negative terminal. In this way, the capacitor will store charge. This charge on the plate can be used to drive another circuit in the absence of a battery by simply connecting the wires to the negative and positive plates as they typically are to the two terminals of a battery.

Even though atoms in a dielectric cannot be ionized to generate a current, they can certainly be polarized. When one brings a negatively charged object towards a dielectric, the electrons in its atoms are repelled by it. This accrues a net positive charge on the side of the dielectric facing the object and, consequently, a net negative charge on the opposite side.

Capacitance is given by the ratio of the plates’ cross-sectional area and the distance between them. Capacitance will increase if we increase the cross-section of the plate for the obvious reason that a larger plate can accommodate more charges. Capacitance decreases with an increase in the distance between the plates for the simple reason that an increased distance weakens the attractive forces that lure and bind the electrons to the second plate.

In conclusion, a good dielectric is not merely an insulator, but a material that refuses to ionize at any cost. They also ensure that the plates are always separated, thereby averting the possibility of a short. An even better dielectric is also robust and capable of working at higher temperatures.