A Wankel engine is a special type of rotary engine that employs an eccentric motion mechanism to generate power for an automobile.

The reciprocating internal combustion engine has been a ubiquitous source of rotational power for many decades now. However, it came with its own set of complications that made it quite unsatisfactory for one particular gentleman who found it wasteful to use reciprocating motion to generate rotational motion. His frustration resulted in the development of the Wankel engine.

What is a Wankel Engine? 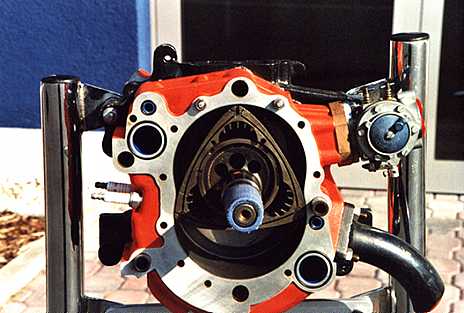 A Wankel engine is a type of internal combustion engine that produces crank power by rotary motion, rather than reciprocating motion. The engine is named to honor its inventor, Felix Wankel, who came up with this idea when he was only 17 years of age.

The design was intended to be a simple and more compact unit with fewer moving parts and more efficiency, while also rotating in a single direction. This was very different to conventional reciprocating engines, which had many moving parts and involved the nearly instantaneous reversal of motion of these parts.

Construction of a Wankel Engine

Rotor of a Wankel engine in its housing (Photo Credit : Roman Belogorodov/Shutterstock)

The rotor is the most critical part of a Wankel engine. It is a three-dimensional structure loosely shaped around the Releaux triangle, which is an equilateral triangle with slightly rounded sides. The rotor consists of chambers built into the sides to accommodate for combustion. It also has sealing surfaces at the vertices and the face to prevent losses from the leakage of energy generated due to combustion. 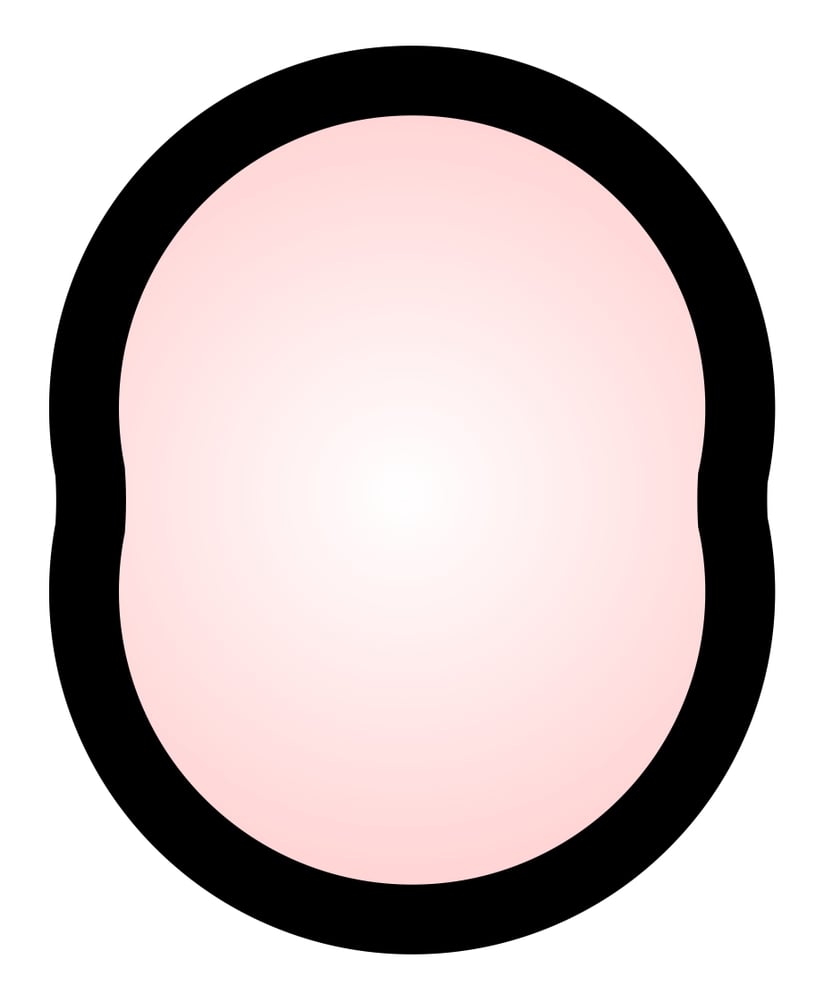 The housing is epitrochoidal in shape, which roughly resembles an elongated oval (Photo Credit : BigAlBaloo/Shutterstock)

The housing in which the rotor moves is designed in a roughly elongated oval shape, also known as an epitrochoid. The benefit of such a shape is that all vertices of the rotor remain in contact with the housing at all times. It’s also important to note that there is always a small gap between the face of the rotor and the inner surface of the housing.
The housing also has holes for the inlet and exhaust ports for the induction and discharge of gases. Working of a Wankel Engine

Every engine has a working medium, also known as combustible charge. A combustible charge consists of air and fuel mixed in a specific ratio to achieve optimal combustion. A Wankel engine operates on a thermodynamic cycle known as the Otto Cycle. This cycle has the following steps and can be understood in conjunction with the diagram below: 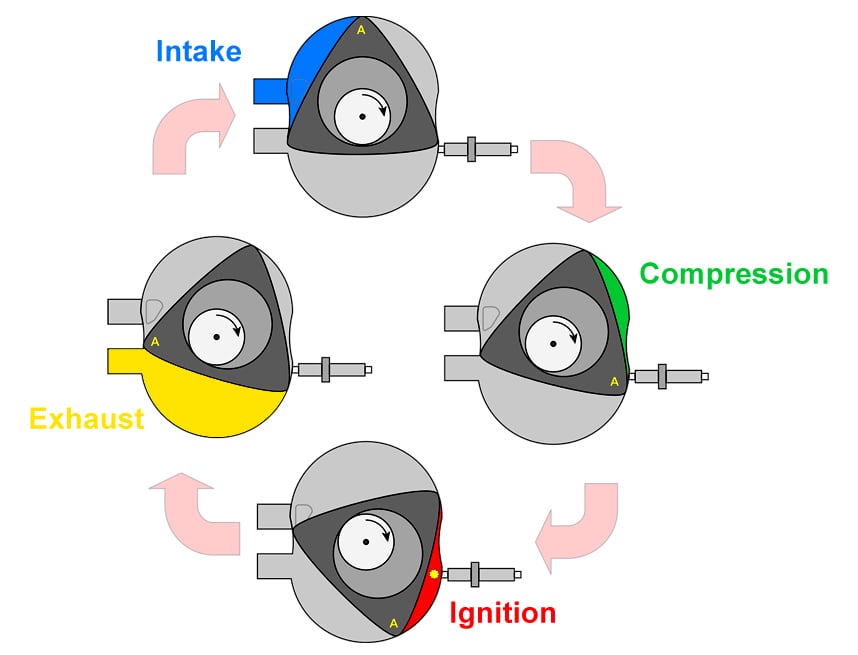 Stepwise breakdown of the Otto Cycle in a Wankel engine (Photo Credit : Fred the Oyster/Wikimedia Commons)

Assuming clockwise rotation of the rotor:

1. Intake (Drawing in of charge at atmospheric pressure)

As vertex 1 crosses the inlet port, while vertex 2 is still between the inlet and exhaust port, fresh combustible charge is drawn into the chamber.

As vertex 2 crosses the inlet port, the combustible charge between 1 and 2 gets ‘squeezed’ between the rotor and the housing, thereby resulting in compression.

While the charge is being compressed, it is ignited by means of a spark. This results in heat generation at constant volume. Due to this, the pressure in the zone enclosed by 1 and 2 also begins to rise, forcing the rotor to move and ‘ease’ out.

Due to the immense pressure resulting from ignition, the rotor moves to allow for expansion. While 1 and 2 have moved to expand, vertex 3 assumes a position suitable for induction. Meanwhile, the exhaust port between 1 and 2 allows for the expulsion of spent gases, making this a continuous cycle.

Advantages and Drawbacks of a Wankel Engine

When the Wankel engine was developed, as many as 100 manufacturers rushed to implement their own versions of the design. The Wankel rotary engine triumphed over the reciprocating engine for many reasons. A Wankel engine is more compact than its reciprocating counterpart (Photo Credit : Flickr)

However, despite having many mechanical superiorities, Wankel engines failed to become a mainstream option.

1. Unlike reciprocating engines, where one piston addresses only one cycle, the rotor in a Wankel engine has three zones operating at different temperatures, resulting in uneven expansion and consequently, poor energy isolation.
2. The combustion chamber does not have a uniform cross-section, but is instead spread out between two surfaces. This results in a slow and incomplete process that increases inefficiencies due to the unburnt charge being expelled from the system.
3. Unlike reciprocating engines, which are sealed by means of circular piston rings, it is difficult to seal rotors, as sealing elements on the vertices are unable to withstand tremendous pressure for extended periods of time.

Applications of a Wankel Engine 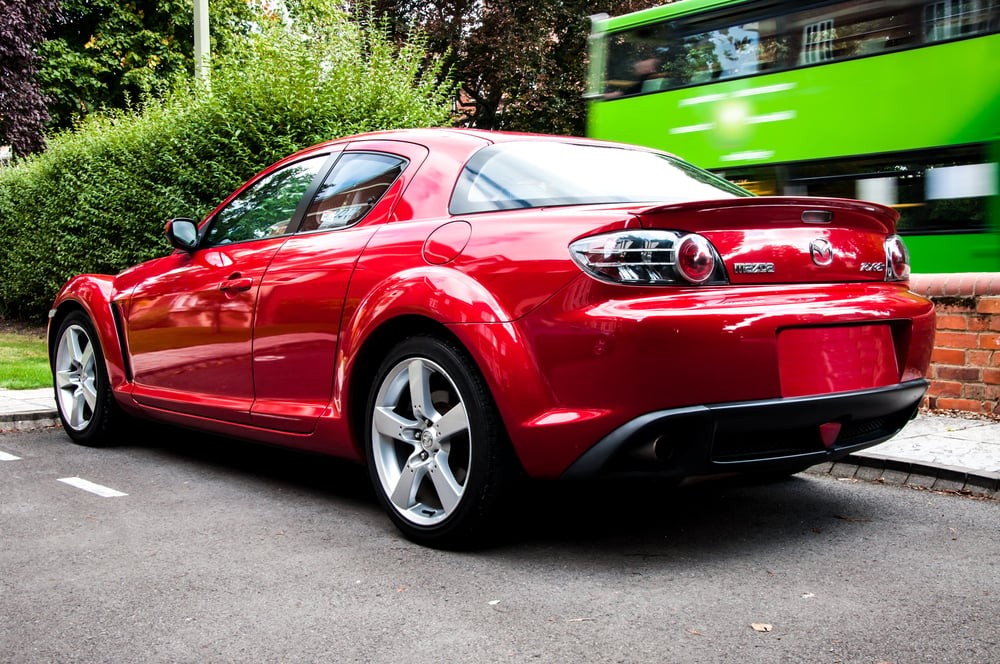 1. Motorsports – Multi-rotor Wankel engines have been used in automotive and motorcycle racing with great success in the past. They have been prominently used by manufacturers such as Mazda, Citroen, Rolls Royce, Norton and MZ.
2. Aviation – Due to their high RPM operating capacities and compactness, they are suitable for light aircraft. Wankel engines do not need much time to idle and warm up, so they can consequently reduce waiting times for aircraft during their pre-flight inspection tests.

What the future holds for Wankel engines

While Wankel engines have some inherent benefits over reciprocating engines, its combustion-related inefficiencies make it unfavorable for automotive applications. However, their compact nature makes them conducive for auxiliary power support in electric vehicles, should they run out of charge midway. Apart from combustion-related applications, Wankel engines are also being explored for use in compressors and pumps where sealing-related losses don’t really affect the performance of the devices.