When we use a machine, we want to get as much out of it as we can. Therefore, it’s no wonder that when James Watt developed the first steam engine back in 1759, he was disappointed to learn that 80% of the steam was wasted! The race then began to improve the steam engine and improve its efficiency. The Steam Engine was one of the most important innovations that helped “drive” the Industrial Revolution, so improving its efficiency was an essential goal for scientists of that time.

In the year 1824, Nicolas Léonard Sadi Carnot, a French military engineer, proposed a theory that was quite ground-breaking in defining the thermodynamics of a heat engine. He visualized a “perfect” heat engine, also known as Carnot’s Engine or Carnot’s Cycle, with the greatest possible efficiency. In that engine, heat moved from a hot reservoir to a cold reservoir through a cylinder-piston assembly, converting some of the heat to work. 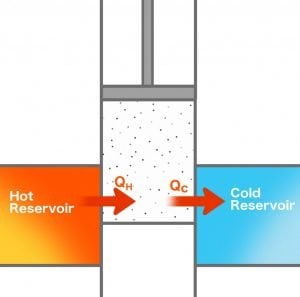 As it was a “perfect” engine, there was no waste of heat in friction or any loss in changing the temperature of the other parts of the engine. He proposed that such an engine could not achieve 100% efficiency and that there would always be an upper limit to the efficiency it could achieve. His theorem stated: No engine operating between two heat reservoirs can be more efficient than a Carnot engine operating between those same reservoirs.

To understand it in detail, let’s look at the way Carnot’s Cycle is structured. A prior understanding of the Second Law of Thermodynamics and Entropy is important in order to understand the concepts mentioned below. 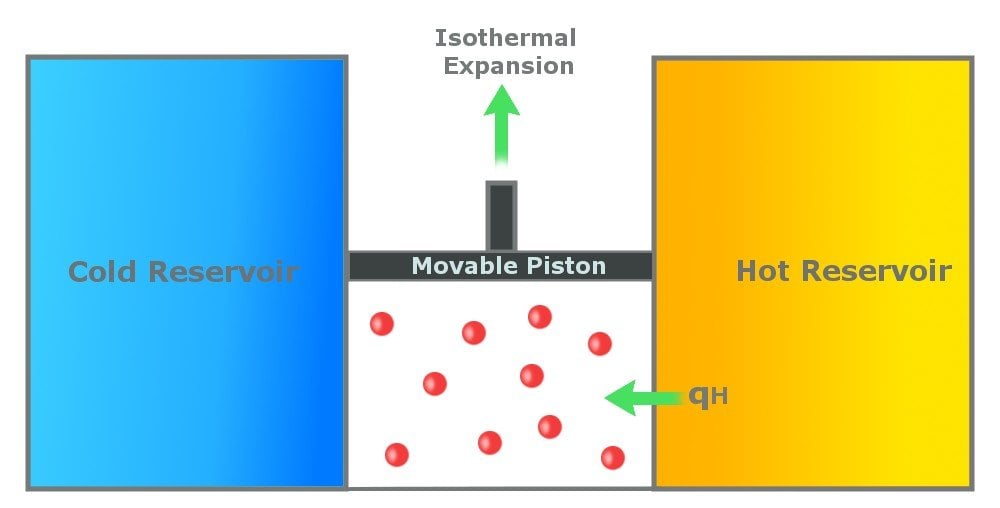 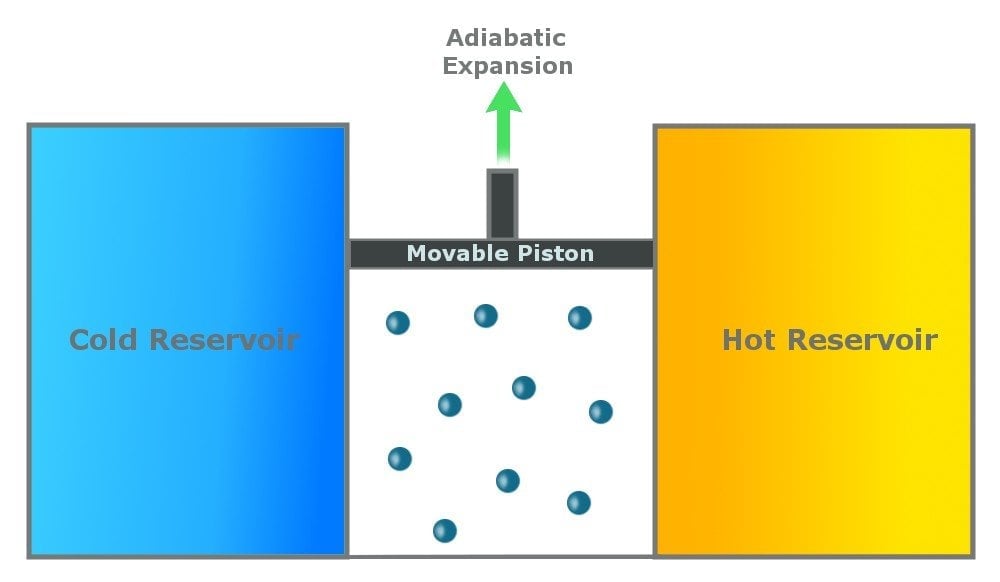 In this step, the cylinder loses heat (Qc) to the cold reservoir. This step is again isothermal, which means that it happens at a constant temperature of Tc. Due to the heat loss, the gas compresses, pushing the piston down. 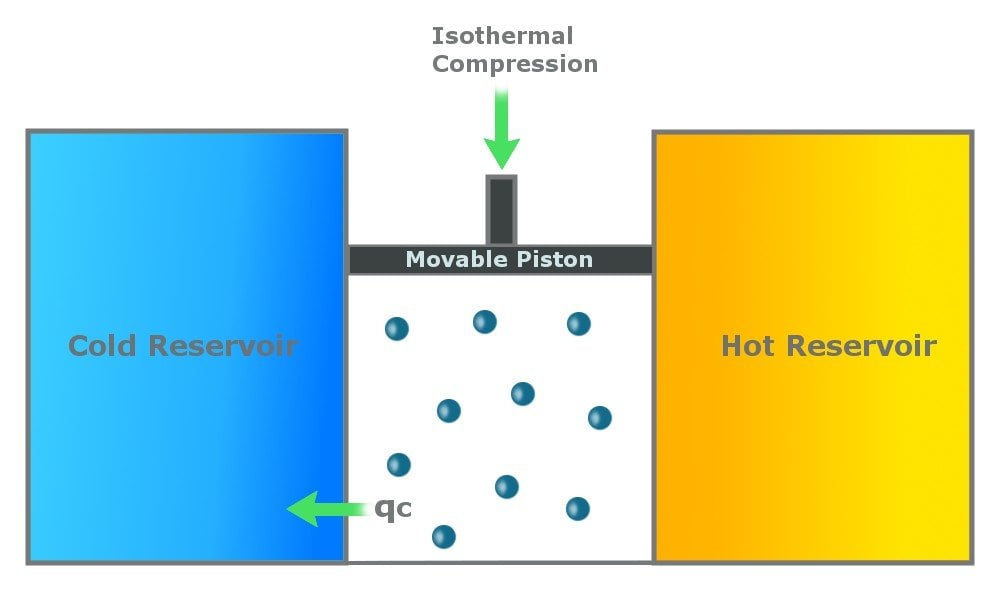 In the last step, the cylinder is again insulated from the environment, and there is no heat exchange. The environment does work on the piston, and the piston moves back to compress the gas. The gas again attains the temperature of Th and retains its original state. 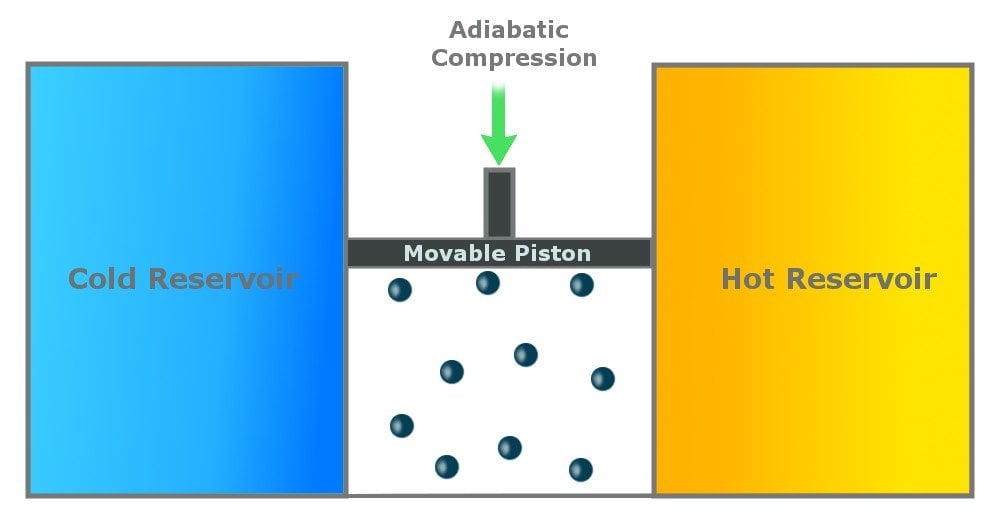 This means Qh, which is the heat taken from the hot reservoir, equals ThΔS, and the heat given to the cold reservoir Qc equals TcΔS.

A Carnot Cycle, when plotted on a PV (Pressure-Volume) plot, looks as shown below. The work done by the engine is represented by the area bounded by the complete path of the PV plot. 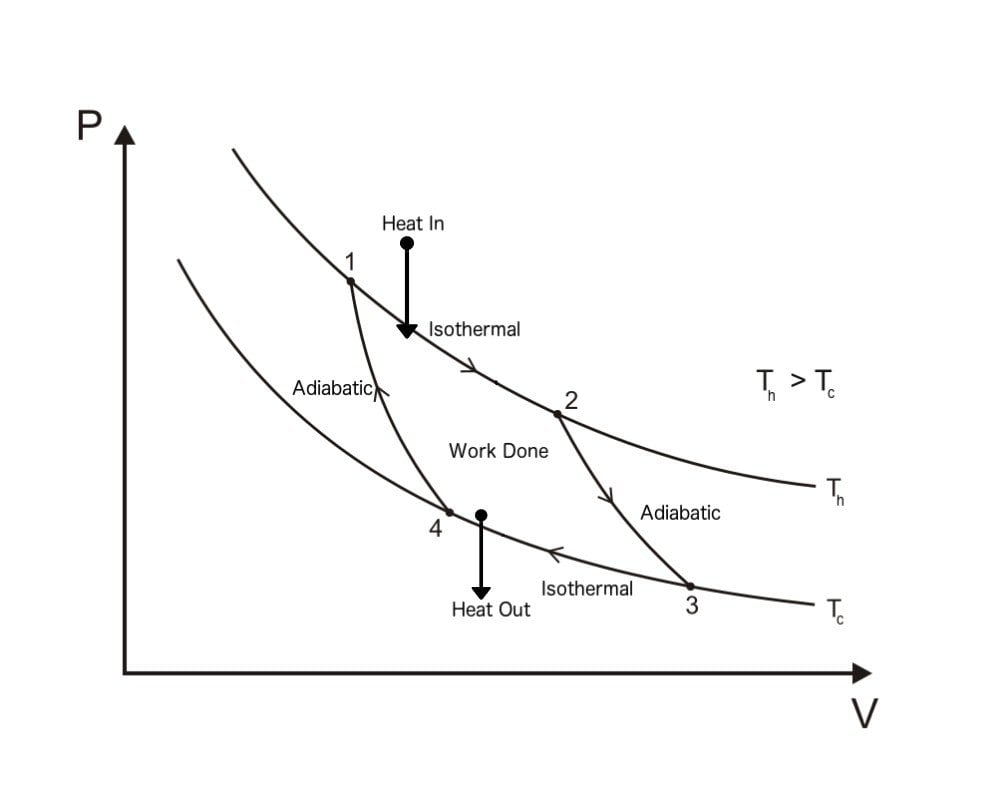 A Carnot Cycle, when plotted on a TS (Temperature-Entropy) plot, looks as shown below. Here again, the work done by the engine is represented by the area bounded by the complete path of the TS plot. 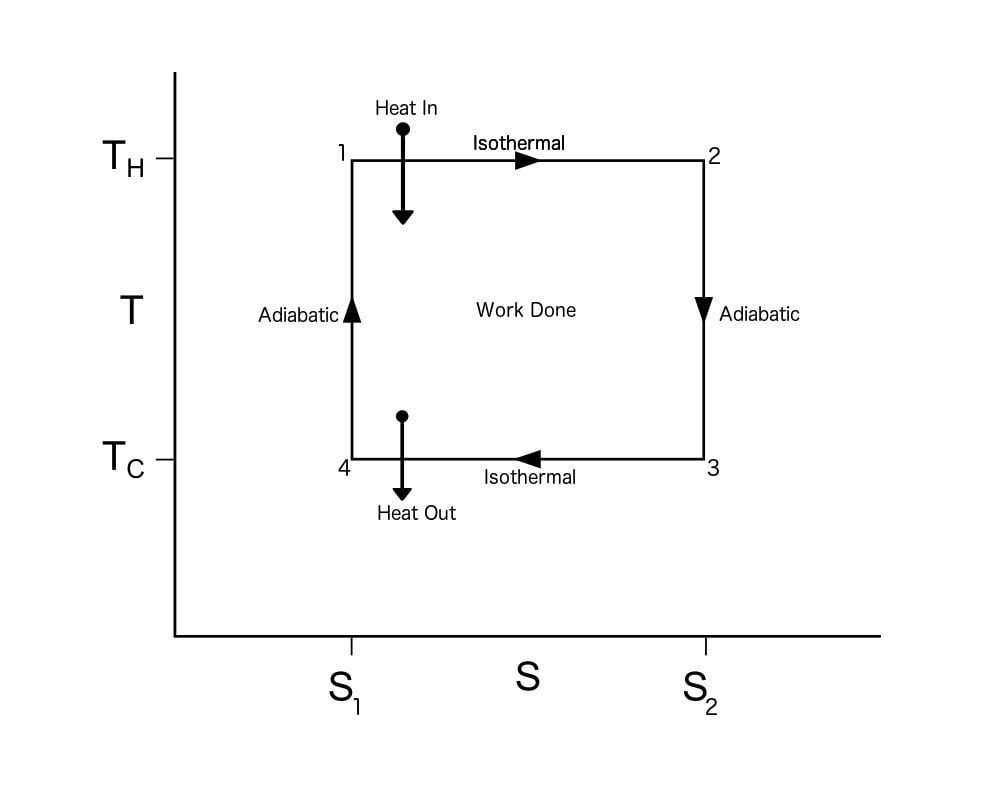