A number of electronic devices these days (including smartphones, tablets and even laptops) have a sense of gravity designed into it and can therefore tell up from down, thanks to a device called an accelerometer.

There are so many features of smartphones that we use and take for granted without ever realizing how important they are, and also, how great their contribution is to our entire experience of using phones. Take, for example, the way we watch videos; while watching high-definition videos on a device (say, a smartphone), we usually tend to hold it laterally in order to get the most out of the screen size. Magically enough, the video playing on the screen and all the other menu options also orient themselves according to the new direction! 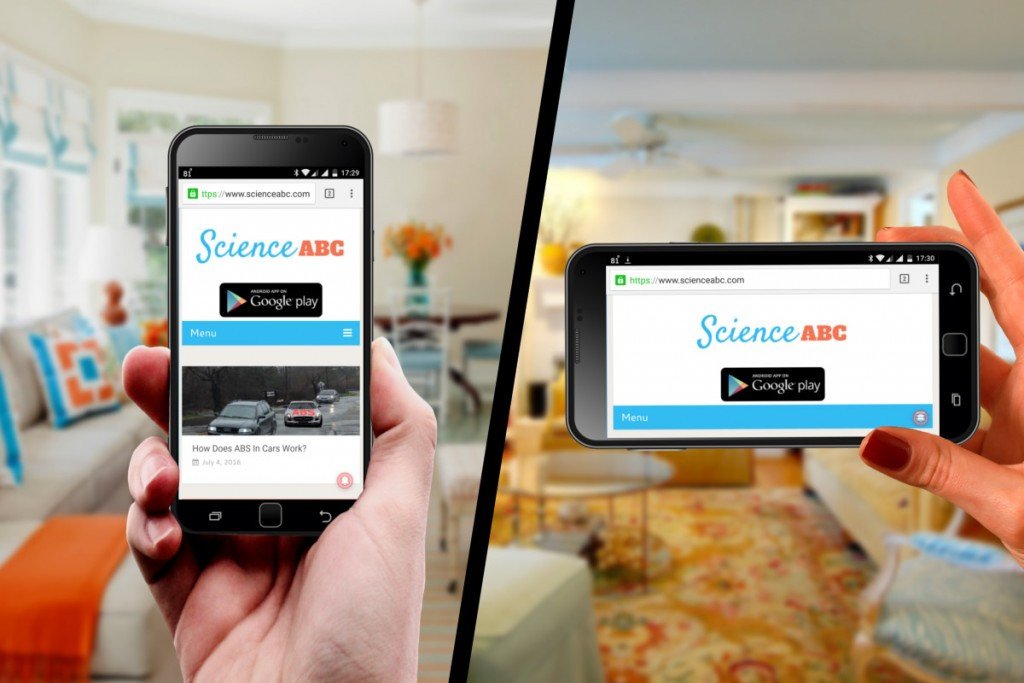 How does that happen? How does your smartphone know up from down? After all, it has no ‘real’ sense of its own orientation, right?

The Magic of Accelerometers

As it turns out, a number of electronic devices these days (including smartphones, tablets and even laptops) have a sense of gravity designed into it and can therefore tell up from down, thanks to a device called an accelerometer. An accelerometer is a device that measures the proper acceleration or ‘g-force’ at a given point. As you may already know, under standard conditions, anything at the surface of Earth experiences a G-force of 9.8 m/s^2 due to Earth’s gravity. Therefore, an accelerometer will measure 9.8 m/s^2 at the ground and zero during free fall. 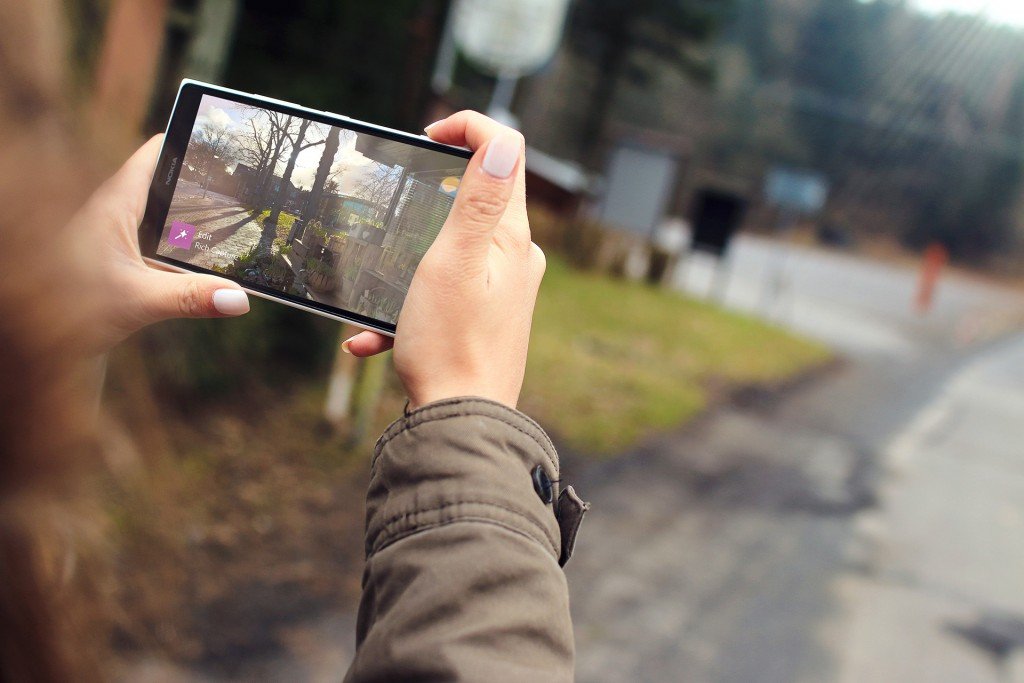 Thanks to accelerometers, you can use ‘landscape’ mode on your phone seamlessly (Image Source: www.pexels.com)

In addition to smartphones and tablets, accelerometers are used in many other devices and electronic equipment, including inertial navigational systems of aircraft and missiles, flight stabilization systems of drones, collision prevention systems in vehicles, and so much more. However, in this article, we’re going to look at how it helps your phone display automatically change its orientation.

How does an accelerometer work?

A standard accelerometer consists of two basic parts: a housing that is attached to the object in question (say, a phone) and a seismic mass that is connected to the housing. Unlike the housing, this mass can move when the housing’s orientation changes when the concerned object is moved. To comprehend how this works, consider the following image where the ‘movable mass’ is a spring attached to a heavy metal ball:

The metal ball moves when the device is moved

The force of gravity acting on the entire object can be calculated from how much the spring is extended.

However, you can’t possibly a spring and a heavy mass inside a smartphone without making it unusually bulky. Therefore, engineers have figured out a novel work-around to this problem in smartphones. There’s simply a tiny chip inside smartphones that houses an accelerometer and helps the phone to know which side is ‘right’ side up. 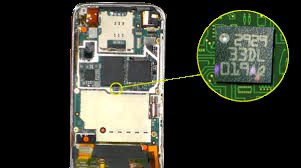 An accelerometer in a smartphone (Image Source: Engineer Guy / Youtube)

This chip is extremely small – only 500 microns across, i.e. one-thousandth of a millimeter! It’s made by etching into a piece of silicon using potassium hydroxide, along with a housing that’s attached to the phone. It also has a ‘comb-like’ section that can move back and forth. Although this is much more advanced than the standard accelerometer we discussed above, the fundamental parts are the same: the seismic mass is represented by the comb-like section of the chip and the spring is represented by the flexibility of the thin silicon that’s attached to the housing.

Therefore, when you move your smartphone to change its orientation with respect to the ground, the tiny comb-like section in the accelerometer moves to and fro, generating current in the process. The amount of current produced is then correlated with acceleration in a given direction. As soon as the acceleration in a specific direction exceeds the threshold value, voila! The orientation of the screen changes! You can check out the visual representation of the entire process in this video by Engineer Guy:

This is why the screen doesn’t rotate if you move only slightly in any direction. You need to tilt your smartphone (almost) completely to change the orientation of the display. 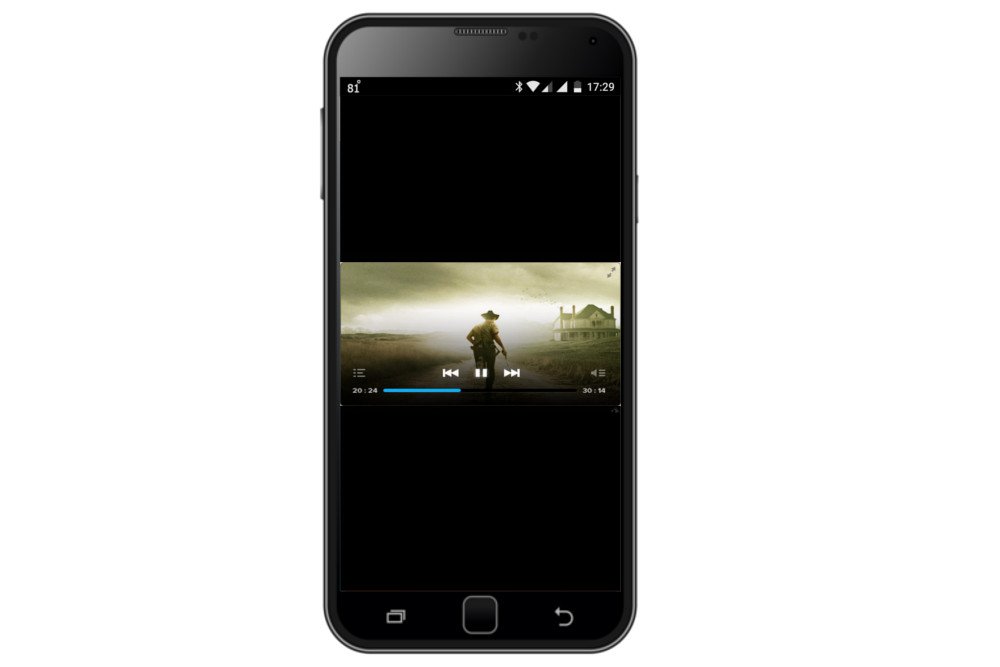 Watching a high definition video in Portrait mode is no fun

Think of how different our user experience of smartphones would be if not for this intricate technological device. We could never enjoy watching a high-definition video or reading a book as much as we do now on our phones. And yes, racing games that involve steering by tilting the device would only be a cruel joke!