Personally, I’d prefer to visit Saturn, but yes, if you had to flee Earth for some reason, a cost-benefit analysis would tell you that Jupiter is a much more feasible option.

Cosmologists aren’t planning to embark on any such illustrious journey to Jupiter, but not because they don’t want to! In fact, there are many reasons to travel there; the most compelling of which is that some of Jupiter’s moons, namely Europa, Callisto, and Ganymede, might contain vast amounts of liquid water beneath their icy shells, making them one of the best places to look for life in our entire solar system. 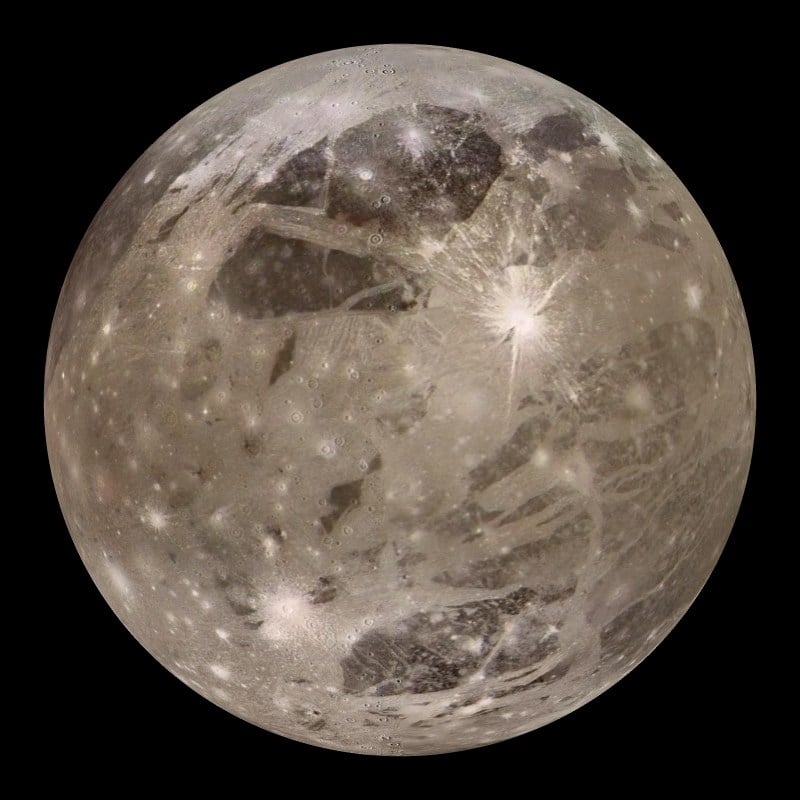 Ganymede, one of the moons of Jupiter, is bigger than Mercury! (Credits: Wikipedia)

Therefore, before heading off, scientists must consider the trade-off between burning more fuel or the large financial expenditure and time it would take to reach the destination. The time it takes to reach a faraway planet depends not only on technological leaps in propulsion systems, but also on how all the planets are aligned. 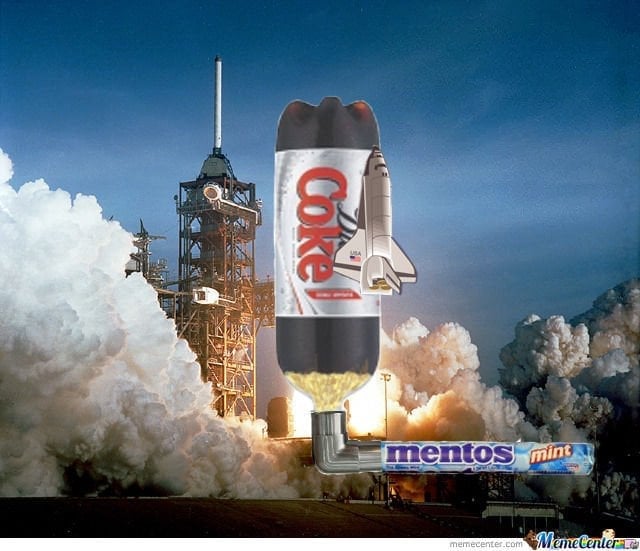 The first spacecraft to reach Jupiter was NASA’s Pioneer 10. It took a direct route, completing its journey in only 640 days—just under 2 years. Even so, it only came within 130,000 km of Jupiter. Faster routes are taken by a spacecraft when it has the intention of only superficially observing the planet. Basically, the Pioneer 10 spacecraft just clicked a few pictures of Jupiter and continued on its way further into the solar system. Similarly, Pioneer 11 and Voyagers 1 and 2 took around 600 days, but were able to get much cozier to the gas giant than Pioneer 10, coming within 21,000 km of Jupiter. 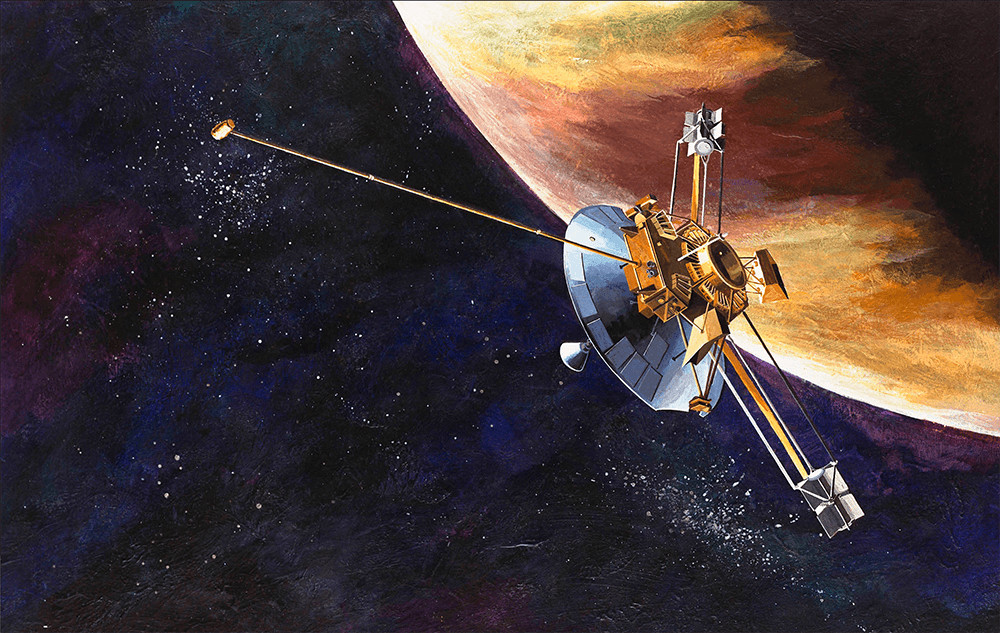 Pioneer 10, the first spacecraft to reach Jupiter in 1973, took 640 days to achieve this feat. (Credits: NASA)

NASA’s Galileo mission was launched with a dedicated intention of studying Jupiter and its moons. It is the first space mission that stuck around the planet for few years. To stick around the planet, a spacecraft needs to go slow and take a more circuitous route so that it can get into the orbit of Jupiter and then can carry out its investigation. Otherwise, a “too fast” spacecraft would just fly past the planet without coming under its orbit. The Galileo mission took 2,242 days—almost 6 years—to reach Jupiter, but most importantly, it did so with exactly the right velocity.

A spacecraft can take a direct route (like the Pioneers or Voyagers) or longer, more circuitous ones (like Galileo or Juno). A longer route requires them to travel a path just behind a planet, near its orbit. This is why their alignment with respect to each other is of critical importance. The planet’s gravitational pull lures a spacecraft inside when traveling towards it and then slingshots it on its way around and back out. 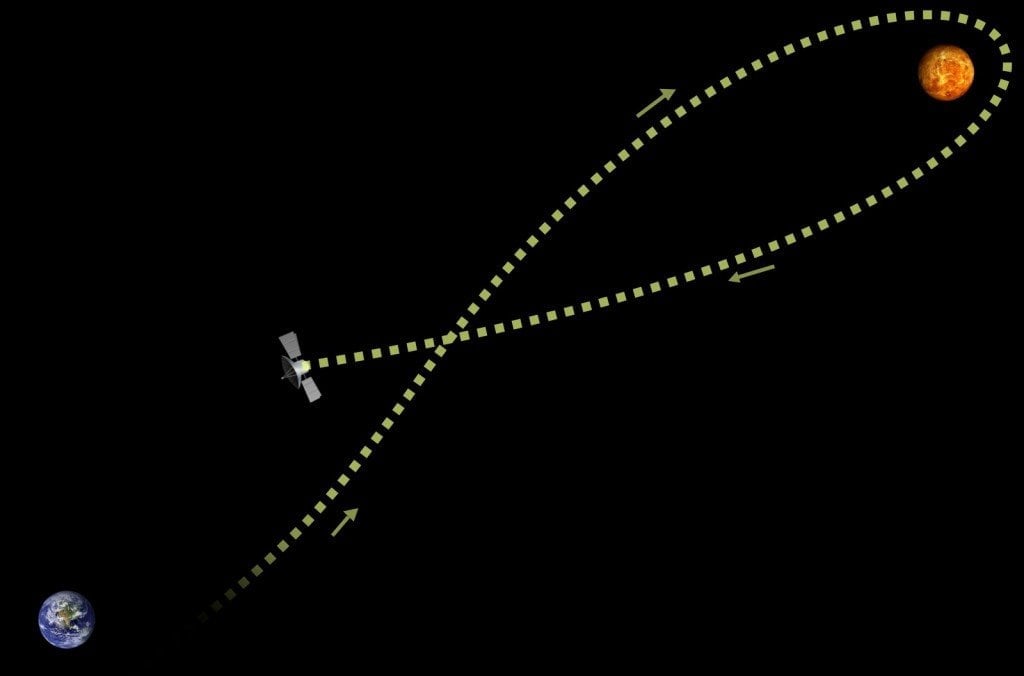 A spacecraft relies on taking a part of the planet’s orbital energy to achieve this feat. The loss of energy is so small that even though the planet has lost some amount of its energy, the retardation in its motion isn’t noticeable.

Burning fuel rapidly will certainly bring you to Jupiter faster and will take a lot less time, but a more fuel-efficient way would save a ton of money and other important resources. Moreover, money isn’t the only constraint here. Satellites traveling at very high speeds find it equally difficult to slow down to just the right velocity and settle into a celestial body’s orbit.

However, like any standard ride through a low-lit planetarium giving you a tour of the solar system, spaceships are also designed to whiz past planets with the intention of just rudimentarily glancing at the planet and capturing a few photos before flying off to explore the unknown ahead. Technically, this is called a flyby.

Galileo, the first spacecraft to remain inside Jupiter’s orbit for a couple of years, followed a VEGA (Venus Earth Gravity Assist) trajectory. The spacecraft underwent a close encounter with Venus once, followed by two cycles around Earth, and was then finally thrown off like a disc towards our solar system’s giant planet.

New Horizons was the fastest spacecraft ever designed, at the time of its launch, and reached Jupiter in just over 13 months or 405 days. This space probe performed a different type of flyby on its way to Pluto and other dwarf planets. It leveraged Jupiter’s powerful gravity to bolster its speed and optimize its course towards the dwarf planet, Pluto. The gravity assist from Jupiter helped New Horizons increase the probe’s velocity by approximately 8700 miles/hour. This helped in truncating its trip to our solar system’s beloved dwarf planet by 3 years! 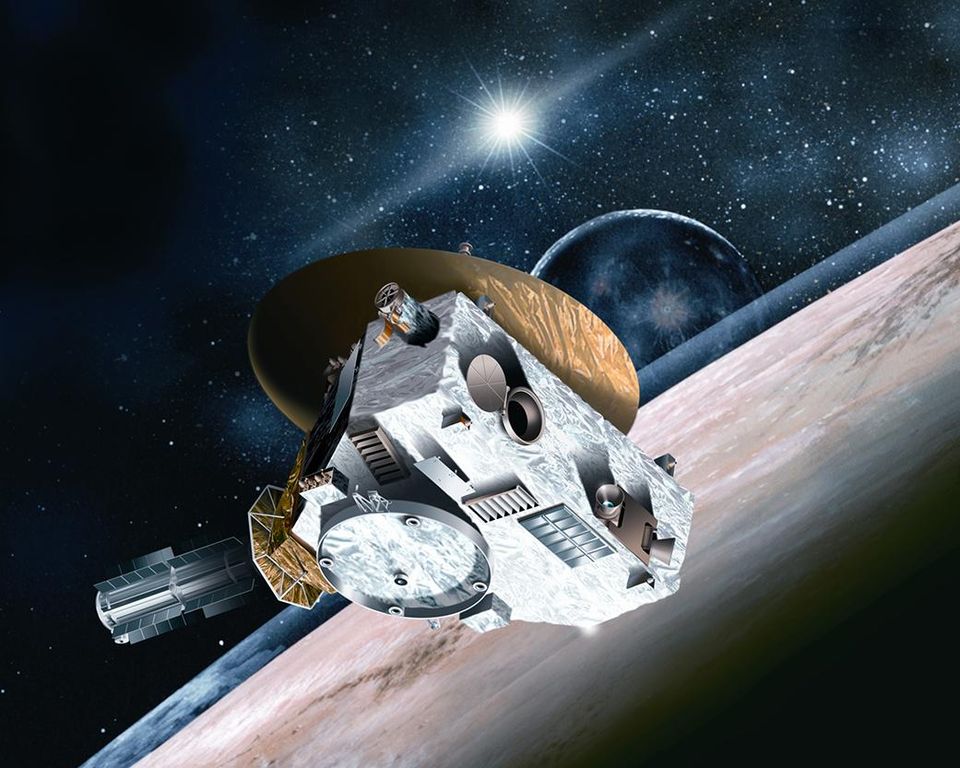 Are we going to Jupiter again?

Jupiter is one of the happening places in our solar systems. Moons of Jupiter with vast oceans beneath thick ice shells might just provide suitable ambience for life to thrive. Fortunately, we have two big space missions lined up to reach Jupiter’s moons. First is NASA’s Europa Clipper, which is specifically commissioned to study Europa, one of the 79 moons of Jupiter. It is slated to be launched at some point in 2024 and is estimated to reach Jupiter’s orbit by 2031. As discussed earlier, to stick around Jupiter, the spacecraft needs to take a long circuitous path with less velocity so that it can come into the orbit of the gas giant, rather than just whiz past it.

Another mission named the Jupiter Icy Moons Explorer mission, planned by the European Space Agency, is also expected to be launched around 2022 and should get inside Jupiter’s orbit by 2029.

In short, a really fast spaceship like New Horizons can reach Jupiter in just over a year, but on average, it would take around 550-650 days, if the intent of the space mission is just to get past Jupiter. However, to investigate the planet and its moons by getting inside its orbit, a spacecraft would need to be slow enough to enter Jupiter’s orbit at precisely the right speed, allowing itself to be “captured” by the gas giant.