While all you need to do is make a single click to visit a website, the actual journey required to load it covers a thousand miles and a million devices.

All of us with access to the Internet have probably visited hundreds or thousands of websites by now in our lives. If you’re a bit unsure about what a website is, don’t worry…. you are almost certainly viewing this very article on a website. However, that doesn’t mean that you know the story behind visiting websites.

In real life, your journey takes only a couple seconds—the same amount of time it takes for the website to load onto your device—but this story might have covered a thousand miles in those few seconds. Yes, a thousand miles in just a few seconds! Now, let’s slow down time a bit and examine what actually goes on when we want to visit a website.

If you don’t already know, the Internet basically works according to the client-server model. Imagine that you’re ordering a Big Mac. You ask the person behind the counter for a Big Mac and he gives you one. The same thing is true for websites, which are actually stored on devices called servers. 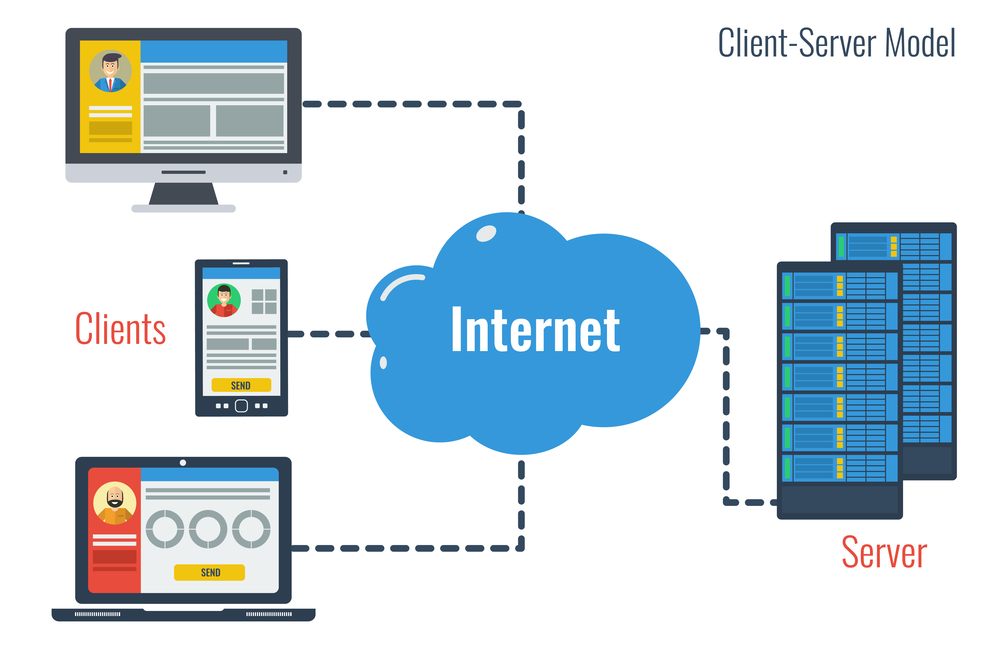 The above shows the client-server model (Photo Credit : VasutinSergey/ Shutterstock)

These servers can be stored anywhere in the world. Whenever you want to visit a website, your device generates a request that will be sent to the server. 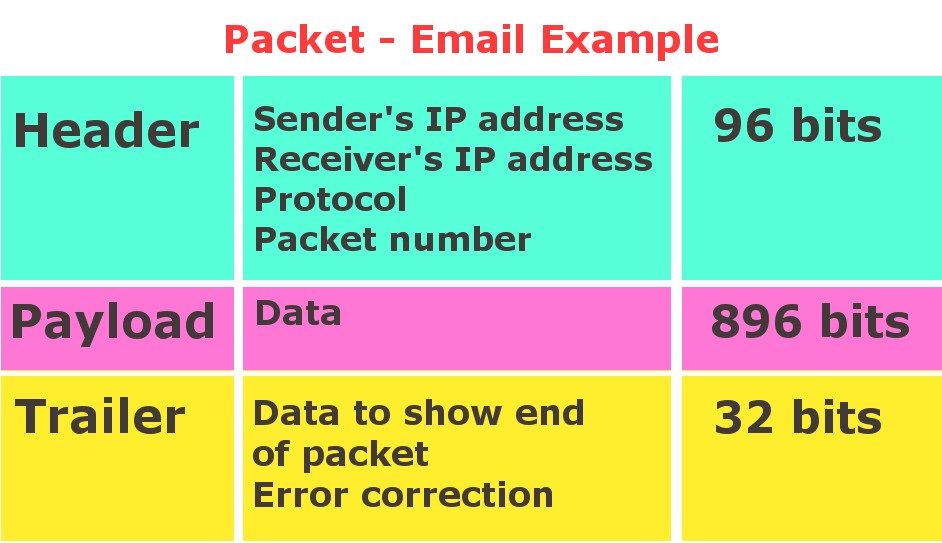 Structure of a network packet

The packet also contains a sort of a seal, which is used to check the authenticity of a packet. With over a billion packets of data being transferred over the Internet, a packet might lose some of its data or the data might become corrupted. For the receiver to certify that the data is authentic and has no errors, this “authenticity check” is used. One of the most widely applied checking methods is the Cyclic Redundancy Check (CRC), which is pretty neat. We know that data is stored and saved digitally as numerals—0s and 1s. CRC simply adds the number of 1s in the data and stores the count. If the stored count and the number of 1s received by the receiver match, the packet is authentic.

Now that this packet has been generated, it’s ready to go. The packet will first travel via telephone or cable wire through various networks. If you have an Internet connection to your house, you might already know that your Internet passes through telephone or cable wires connected to your house. After going through these wires over various networks, the packet will end up in the main Internet hub of your region or country, which is akin to your local post office. Here, the server’s IP address will be decoded to the area where it is located.

However, how does the packet move from country to country? Well, did you know that there is a massive network of wires connecting Internet hubs all over the world? These wires cross land, seas and even the expanse of entire oceans! All these wires are fiber optic cables, which can transfer data at the speed of light! Yeah, they’re that quick. 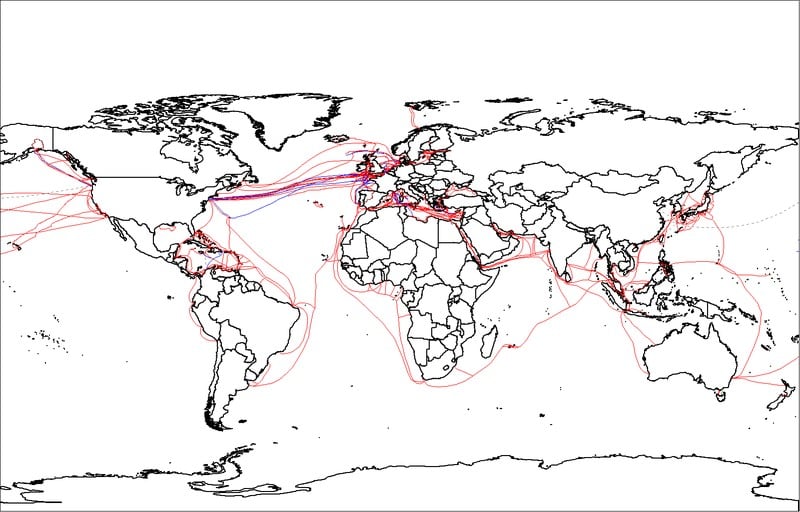 Once the server has received your request, it is ready to send the website, but the website may consist of text, images or videos that are too big to send as a single packet of data. Thus, the server breaks down the website into multiple packets of data and sends them along. 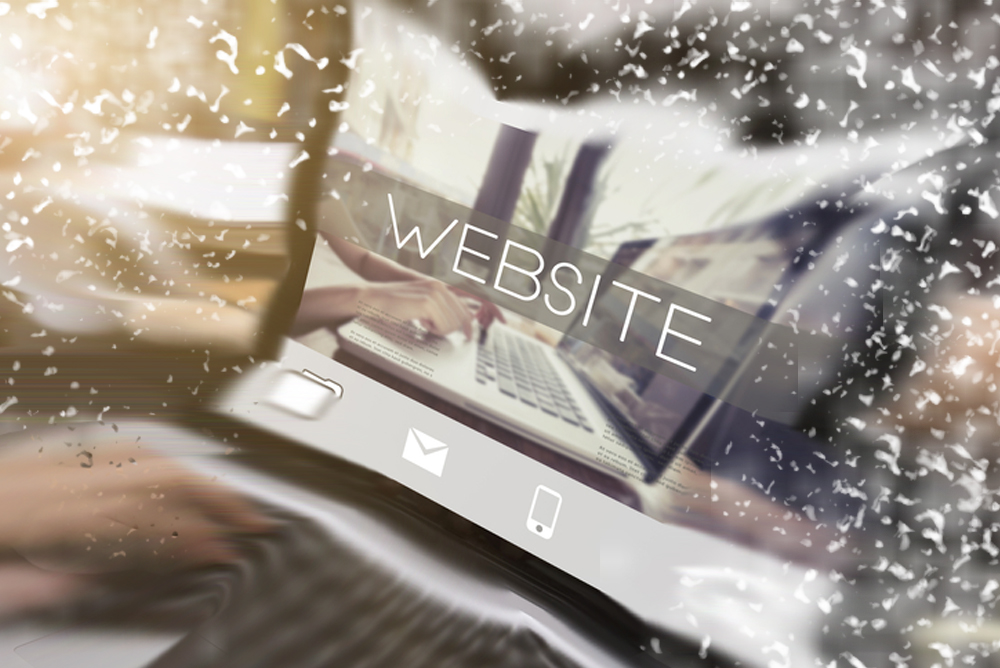 Now, these multiple packets make the same journey as the request did, but it’s not necessary that all the packets travel the same route. For attaining faster speeds and not getting stuck in traffic, each packet takes its own route. Suppose that we want to send a website from California to London. Some packets might take the direct California-New York-London route, while other packets might go from California to North Carolina to Montreal and then on to London. Other packets might go to Miami and then London. The point is that the packets choose routes such that they reach your device at roughly the same time (give or take a few microseconds).

Now that all the packets have reached your device, all that remains is the reconstruction of the website, which is done by a method called sequencing. When the server broke the website down to multiple packets, it gave a sequence number to every packet stored inside it. Now, your device uses the same sequence to recreate the website you want. And voilà! You have your website!

You clicked on the website you wanted to visit some 500 words ago! The process that goes on behind the scenes to access your website within those few seconds is simply staggering. Regardless of where you are in the world, an average Internet speed will load and deliver your website in a matter of seconds. Such is the marvel of modern science. Remember that somewhat remarkable journey next time you click on a website link!