Wi-Fi is measured using the unit dBm. Transmitters and receivers are present in the devices, along with routers, to detect and convert radio waves to electrical signals. They detect the dropping dBm as Wi-Fi strength decreases due to too much distance or obstacles between the receivers and transmitters.

People born in the ’80s and ’90s know the initial stages of the internet. There were dial-up boxes with long wires paired with the home landline. Any time the phone was engaged, the internet would disconnect. We progressed from that mess to an Ethernet connection, but that also meant ugly wires traveling everywhere in the house.

Wi-Fi made life much simpler. It made the wires obsolete, enabling a single point of connection to various devices simultaneously. Everyone reading this knows the first thing they ask for after reaching a new friend’s house—not a glass of water, but the Wi-Fi password.

Wi-Fi has become so commonly used that it is preferred over using fixed wireless data services provided by telecom companies. You must have had one of those heart-sinking moments when you browse away for hours on your phone, only to realize later that you’ve been using your phone’s data instead of Wi-Fi. 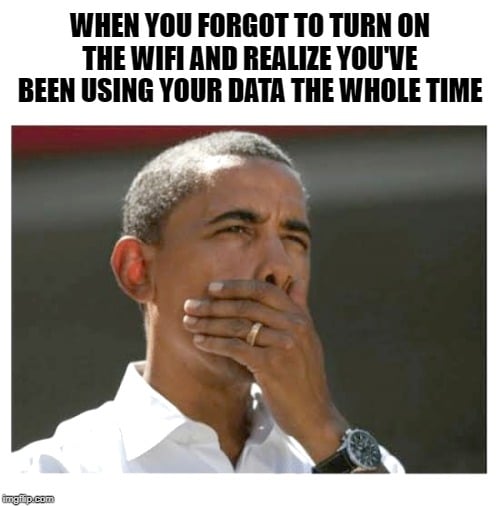 Wi-Fi does have a fixed range of influence, which only enables internet access to the areas it can reach. This is shown by the reducing Wi-Fi signal strength on our devices, but how do these devices determine this strength?

We will start our inquiry by understanding what Wi-Fi actually is.

Wi-Fi was developed in the ’90s by Dr. John O’Sullivan, along with his colleagues, and was held under the Wi-Fi Alliance. Wi-Fi is used for wireless local area networking (WLAN). It allows a multitude of devices (smartphone, tablet, PC, TV, printers, etc.) to access the internet. It also enables these devices to exchange information with one another, helping to create a network between them. Wi-Fi uses Internet Protocol to communicate, which makes it better than terrestrial radio. This is basically the language of the internet, allowing Wi-Fi to be highly structured.

Wi-Fi is a family of radio technologies, based on radio waves, which are used to communicate to other devices. These are electromagnetic waves, ranging from 30 hertz to 300 gigahertz, a signal that is generated by a transmitter. A transmitter is an electronic device that is connected to an antenna radiating the waves. 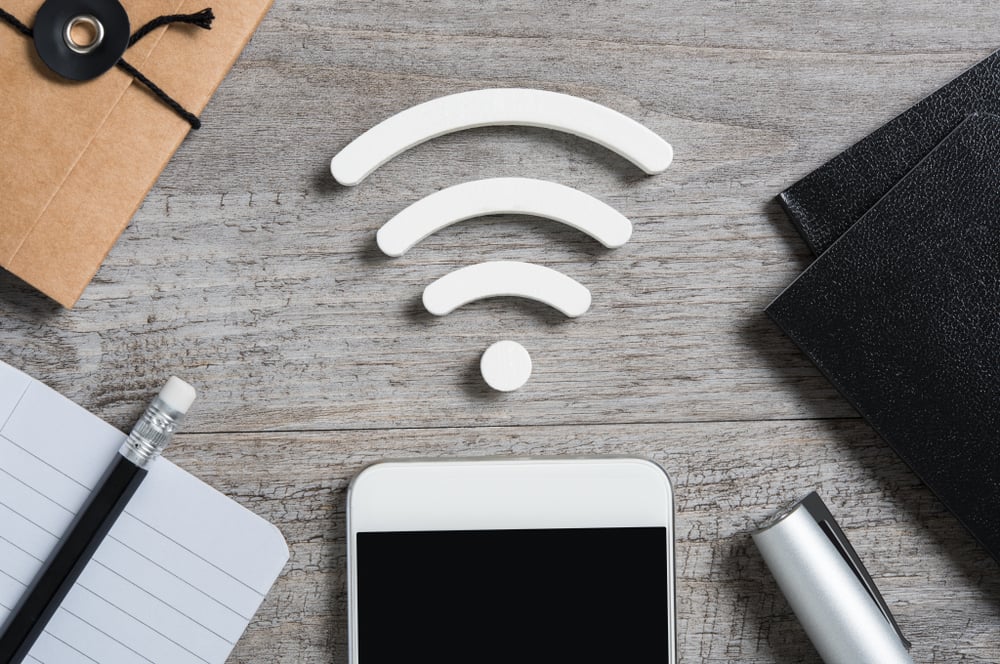 About 60% of the world’s current internet traffic is carried by Wi-Fi (Photo Credit : Rido/ Shutterstock)

Wi-Fi’s radio waves travel in two frequencies, 2.4 gigahertz, and 5 gigahertz. The lower frequency travels the farthest, so in this case, the 2.4 gigahertz can reach devices located further away. However, the drawback here is that it doesn’t offer that much speed, which is where 5 gigahertz comes in. 5 gigahertz provides superior speed, but only over a comparably shorter distance. The availability of the two options helps Wi-Fi cut through a lot of noise and obstacles to deliver a strong signal to the devices.

How do Routers work?

A router is a bridge between devices and internet access through Wi-Fi. As the name suggests, it routes the traffic between the internet and the devices. 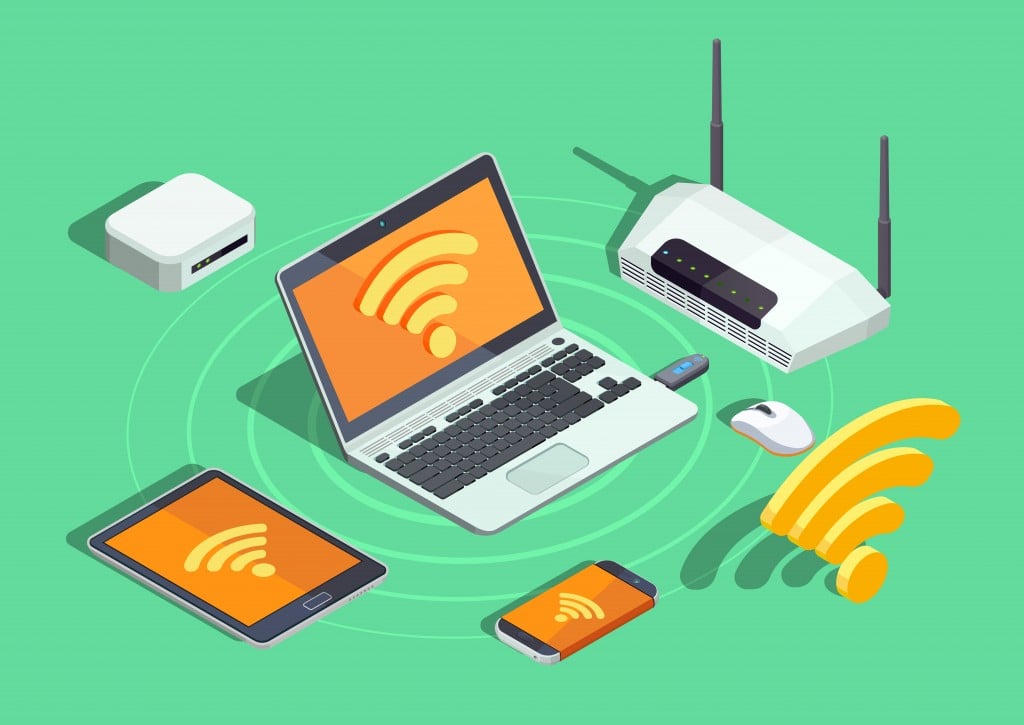 There are low-powered radio transmitters and the receiver inside the router transmits radio waves by converting them from electrical signals. A router has a maximum range of around 300 ft, depending on the manufacturer, specific product, type of walls and obstacles between the devices.

The router sends and receives packets of data to the devices with which it is connected. Routers work in an ordered fashion; they assign a local IP address to the devices they are connected to, thus creating a local area connection. It works like a courier service sending the data to the intended recipient through the addresses it assigns, thus avoiding any unwanted data mixture.

How is WiFi strength measured?

There are no standards followed by various router manufacturers for measuring Wi-Fi signal strength, although RSSI (Received Signal Strength Indicator) is a common measurement system. Some of these routers use a scale of 0-60 (RSSI), while some use 0-255 (RSSI).

To make the readings consistent and human-readable, the Wi-Fi signal strength is measured in dBm (decibel-milliwatts). It shows the strength by expressing the power ratio in decibels (dB), with reference to a milliwatt (mW). This dBm has a negative value, so a very strong Wi-Fi signal would be -30 dBm and an unusable one would be -90 dBm.

How do devices determine the signal strength?

Like routers, every Wi-Fi-enabled device has a radio transmitter and receiver of its own, which converts the radio waves and electrical signals. This is required for communicating with the router (or any other Wi-Fi transmitter, like a mobile hotspot) as it sends and receives packets of data. Thus, the signal strength is determined between the transmitter and receivers of the device and router.

As mentioned earlier, Wi-Fi’s strength keeps decreasing as distance increases and as more obstacles come in between the device and router. This decreasing strength is represented by the decreasing levels of dBm (the Wi-Fi strength unit). The position of the device in the Wi-Fi’s radio field is the dBm strength of the Wi-Fi signal.

As you switch on the Wi-Fi of your phone, the transmitter gets switched on and connects to the router. The device than locates itself in this dBm field, assessing the strength of its connection. This strength of the Wi-Fi signal is then represented on your device as the bars on the screen. If the device picks up anything around -30 dBm to -50dBm, it should show full Wi-Fi strength.

If it is nearing -80dBm, it shows barely one bar, implying that the connection is very weak. If it reaches -90dBm or beyond, it won’t even pick up the signal, letting you know that there is no Wi-Fi access in your area. 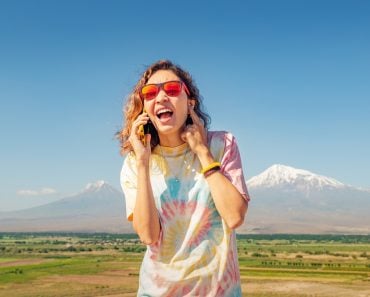