Home
Humans
Why Does Your Stomach “Drop” When You’re Anxious?

We all know the feeling… someone we’re attracted to walks in the room, the minutes are counting down until we give a big speech, or we see the flashing lights of police sirens in our rearview mirror.  There are countless reasons to be nervous in life, and we can’t always see them coming. Not only does this mess with our mind, but anxiety and nerves can also affect us in a physical way. Sweaty palms and an increased heart rate are common symptoms, but have you ever felt your stomach “drop” during a particularly bad case of nerves? 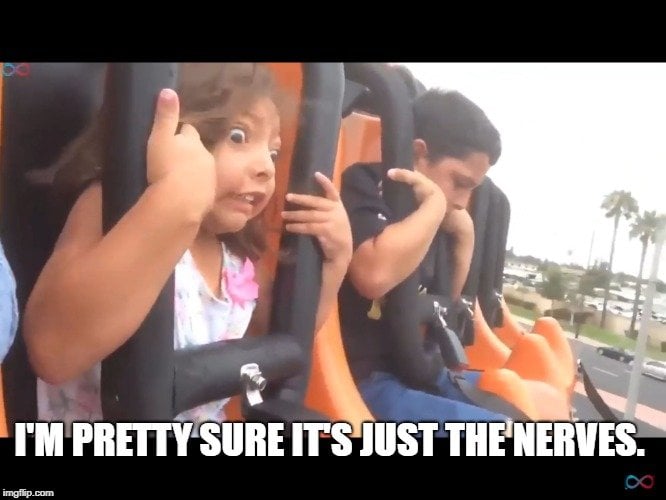 It can come on fast and strong, as though the bottom of your stomach has simply tumbled into your toes. It’s one of the clearest signs that our nerves are taking over, but many people still get worried when they experience that strange sensation. The answer is quite simple, in fact, and relates directly to our sympathetic nervous system, more specifically, to our body’s fight-or-flight response.

One of the most universal and fascinating things about humans is our natural instinct for self-preservation. Commonly referred to as the fight-or-flight response, this reaction is driven by the sympathetic nervous system and consists of various physiological changes that prepare us to, as the name implies—either flee or fight. This energetic response by the body can happen in the blink of an eye, as the brain detects some type of danger and releases a flood of hormones and neurotransmitters into the body, including adrenaline and cortisol. 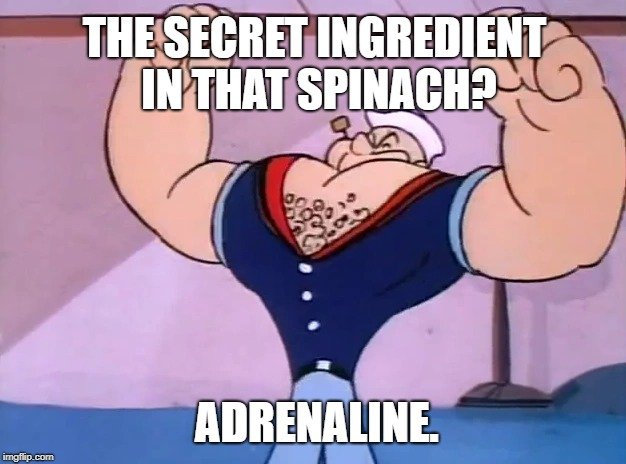 These critical compounds have a wide range of effects, including boosting the heart rate, increasing your breathing to boost oxygen intake, contracting your muscles, narrowing your vision and releasing sweat as your body heat rises. Your senses may also grow acute, such as a peak in your hearing or smell. All of these physiological changes occur because your brain has detected a threat, and therefore believes it should defend itself. The instinct for self-preservation occurs in almost all living things, but this particular set of responses in humans likely developed in response to our early history. Hunting dangerous animals and surviving in the untamed wilds a few hundred thousand years ago was no easy task; being on guard meant survival. Similarly, being able to run fast and fight hard was essential. Our fight-or-flight response likely developed over thousands of generations of natural selection, wherein those who had better fight-or-flight behaviors had better fitness, and were therefore more likely to pass on their genes.

Hundreds of thousands of years later, we aren’t running from predators nearly as often, but our body still demonstrates those old habits whenever it senses danger. Furthermore, in our modern world, stress and anxiety are much more clear and present dangers than a sabertooth tiger, and can also trigger our sympathetic nervous system. Whether you’re walking down a dark alley, waiting outside a job interview, or talking your way out of a sticky situation, our body’s reactions won’t be much different than they were back in our prehistoric days. 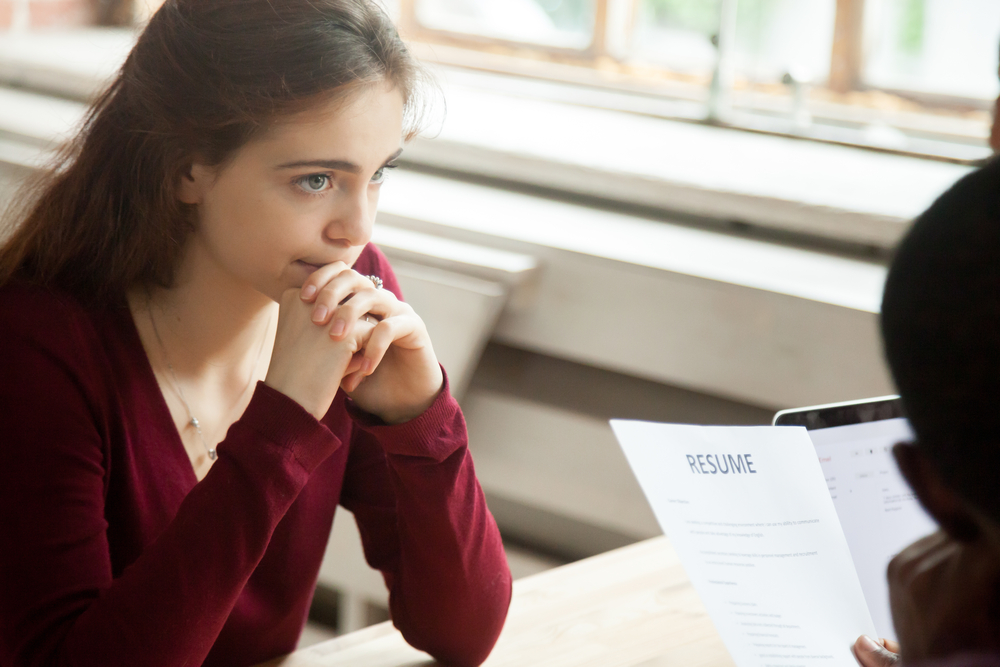 Moment of anxiousness during a interview (Photo Credit : fizkes/Shutterstock)

As mentioned, there are plenty of physiological changes that occur when our fight-or-flight trigger is pressed, including the sequestering of energy where it can do the most good. As you likely know, the blood moving through our body is how oxygen is spread throughout our organ systems and cells. When an organ is active or in normal use, it receives a normal amount of blood, or even more than usual, in the case of transient activities, such as exercise or digestion. 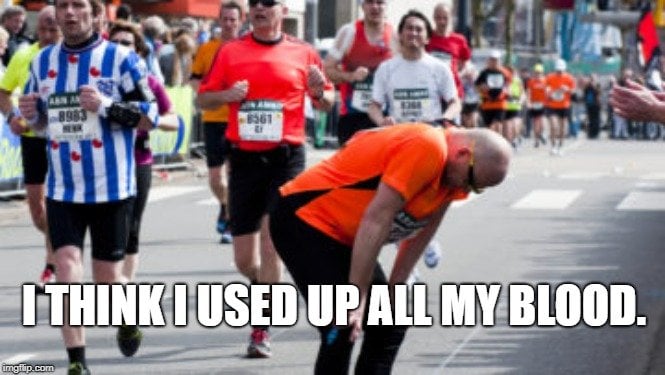 When our fight-or-flight response begins, our blood moves into organ systems that are more essential for defense, attack, intense movement and exertion, such as our muscles. The hormonal release of adrenaline and cortisol tells our body that we need the blood elsewhere. In the case of our stomach, digestive activities can be put on hold if we feel that surge of energy and anxiety. As the blood rushes away from our stomach, it can feel as though our bowels are dropping, and this physiological change can be difficult to ignore. Additionally, when we are swept up in a wave of nerves, and the hormones begin to race, our muscles tend to contract, including those in our core. When combined with the rush of blood to essential organs, this tightening of the gut has been likened to everything from “butterflies” to “an anchor”.

Interestingly enough, if we are experiencing an extended period of anxiety or exertion, there are a few other changes that may happen in our stomach. Since we tend to breathe more heavily when we’re nervous or our pulse is high, we take in more oxygen than we need into our gut. As a result, we may experience flatulence, which can also make our stomachs feel a bit “expanded”, as though the bottom may be lower than normal!

While it may feel strange to have the bottom suddenly “fall out” of your stomach, there is no inherent danger in this sensation. In some cases, however, nerves can go so far as to cause nausea, dizziness or vomiting, in which case it should be taken more seriously. If you are constantly suffering from a “funny stomach” or perpetually feel ill at ease, you may be dealing with a chronic anxiety disorder, which should warrant a visit to a professional. 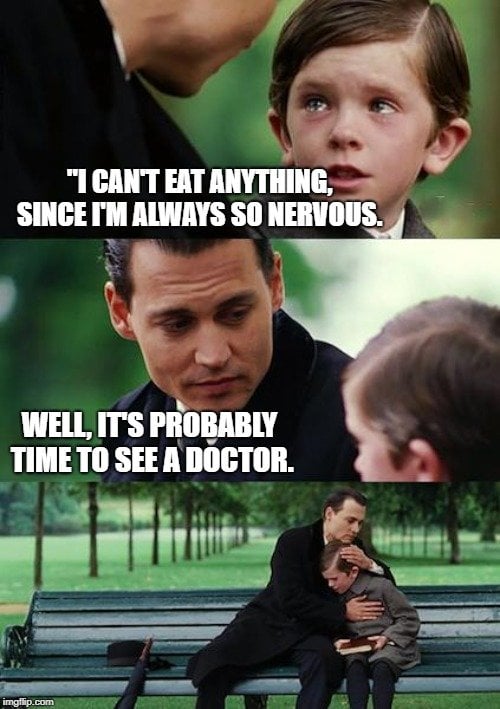 Feeling your stomach drop when you get nervous is one thing, but ongoing digestive or gastrointestinal issues as a result of stress and nerves can have long-term negative effects on your health. Be careful–and be well!

The short URL of the present article is: http://sciabc.us/9JkUY
Help us make this article better
Prev Article Next Article