Tanning is the skin’s response to damage from ultraviolet (UV) radiation. The UV radiation causes damage to the DNA in skin cells. In an effort to repair the damage and protect the cells from further damage, the body produces melanin. The melanin absorbs the UV radiation, preventing it from causing further damage.

Laying out on a beach without a care in the world sounds like an incredibly relaxing way to spend a summer’s day, but have you ever fallen asleep out there? With the sun beating down on you for hours, when you wake up, there’s a good chance that you’ll be a different color than when you first laid down!

Obviously sun-tanning is highly desirable for some people, but for others, it’s nearly impossible. While the person lying next to you may brown into a bronze god, you may just get a painful red sunburn. Doesn’t seem fair! It seems like we should get to the bottom of this…. why does sun tanning even happen?

Well, the short answer is that tanning is our body’s way of signaling that damage is being done to our skin cells, as well as a way to protect ourselves from further harm. However, since we all enjoy a moment in the sun from time to time, perhaps this issue deserves a bit more explication.

During your relaxing day at the beach, you probably don’t feel like you’re being bombarded by radiation, but that is precisely what sunlight is! In addition to visible light and heat, there are three types of ultraviolet radiation that come from sunlight: UVA, UVB, and UVC. We can basically ignore UVC radiation, as it never reaches the surface of the planet (or our skin) and is largely absorbed by the atmosphere. However, UVA and UVB radiation do reach our sun-exposed skin, and have various effects. UVA radiation is much more common, and isn’t filtered out by our planet’s ozone layer. We are exposed to UVA rays throughout our lives, as they can even penetrate clouds and atmospheric gases. When UVA radiation strikes our skin, it immediately engages the melanocytes (the pigment cells in our skin), causing a release of the melanin they have already stored, resulting in what we know of as a “tan”.  UVA radiation penetrates deeper into the skin, and can damage skin cells in the epidermis, leading to various types of skin cancer. 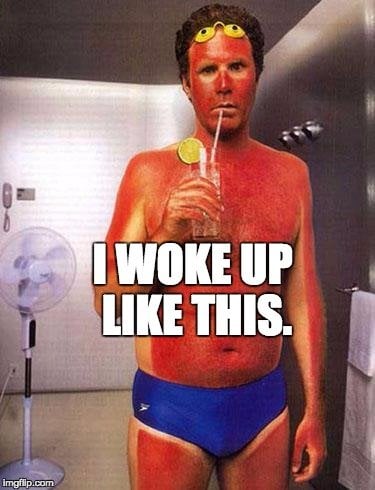 Also Read: Can You Get Sunburnt Through Glass?

UVB radiation is slightly different, however, and only penetrates the top few layers of the skin, and is primarily responsible for sunburns, rather than sun tans. This makes UVB less of a danger for deep-layer skin cancers, but it can contribute to melanoma and those uncomfortable sunburns.

DNA Damage: The Struggle Is Real

Radiation of any kind penetrating the skin can damage DNA in those affected cells, which is why humans have adapted melanin – to repair and protect the body from that damage. When UVA radiation penetrates the skin, it causes the existing melanin to darken, but does not stimulate the production of more melanin. The color change resulting from UVA radiation is due to oxidative stress on the melanin, which changes its color. However, this is not a long-lasting color change, and the “tan” from UVA rays will usually fade in a few days.

UVB radiation is the key component in the second stage of the tanning process. The damage caused by UVB rays stimulates melanogenesis, the body’s natural response to radiation (producing more melanin). This type of tan will be much longer lasting, and actually protects your skin from further radiation damage, as the melanin produced will absorb that radiation. UVB radiation can typically be blocked by sunscreen, whereas UVA rays are more difficult to protect against; fortunately, natural and synthetic fibers (clothing) have been shown to protect against the majority of UVA rays. The melanin produced and released by melanocytes comes in two pigment forms: eumelanin (brown) and phaeomelanin (yellow and red). Depending on a combination of your hair color, skin tone, race, genetics, and previous exposure to sunlight, the production levels of these two pigments may be different. For example, a fair-skinned Irishman with red hair may produce less eumelanin than phaeomelanin, making it almost impossible for him to get a “tan” in the traditional sense. On the other hand, a Mediterranean woman with dark hair and an olive-skinned complexion may tan very easily, as her melanocytes produce more eumelanin than phaeomelanin. If you are of a race other than Caucasian, you’re particularly fortunate, as melanin production is almost continuous, ensuring that you always have a darkened skin tone and much more protection from radiation. For this reason, the occurrence of skin cancer in people from those cultures is much lower.

If you want to get a truly excellent tan, short bursts of exposure are recommended over the course of 5-7 days, as that will activate the melanocytes (through UVB rays) and start building up a protective layer of melanin. This will not only protect you from additional DNA damage and lower your chances of skin cancer, but also give you that sexy, toasted in the sun appearance you’ve been dreaming of all winter! 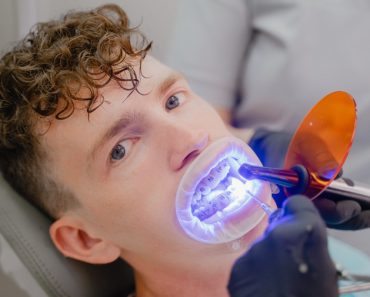