Jealousy and envy stem mainly from comparison. Though these terms are often used synonymously, they have different meanings, so the reasons we feel them can be different.

We’re all familiar with that feeling, whether it’s because a partner or close friend pays attention to someone else, a colleague gets a promotion you wanted, or any of the countless other situations that have caused us to feel the pangs of jealousy. I’m sure many of us are guilty of having behaved unreasonably because of those feelings, from time to time.

It is also a very common theme in stories, movies, songs and other forms of art. Shakespeare described it as the ‘green-eyed monster’.

Jealousy and envy are universal emotions, but why exactly do we feel them?

Jealousy and envy are terms that are often used interchangeably, but there is a difference between the two.

Jealousy pertains to people and relations. There are 3 concerned parties – ‘me’, my ‘beloved’, and my ‘competition’. When it comes to jealousy, the ‘beloved’ is irreplaceable or will not change, while the ‘competition’ can change.

Let’s consider the example of a well-known on-screen couple: Ross and Rachel from Friends. Over the course of their relationship, viewers see Ross being jealous of Pablo, Barry and Mark, among others. For Ross, Rachel is his beloved, while Pablo, Barry and Mark were his competition. For him, his competition was constantly changing, as compared to Rachel, who stayed as a constant.

Envy, on the other hand, pertains more to situations or qualities. In this, the concerned parties are – ‘me’, the quality or situation over which I’m feeling envious, i.e., the ‘goods’, and my ‘competition’. In envy, the ‘goods’ are replaceable, while the ‘competition’ is irreplaceable.

For example, your friend has just bought a new car, and while you’re happy for them, you envy them their success. In this case, the car is the ‘good’. Even if your friend had bought something else, you still would have been envious. The ‘good’ can change, while the person you are envious of, in this case your friend, remains constant.

Before we can understand why we experience jealousy and envy, it’s important to note that research on most emotions and feelings is not definitive. It mainly consists of a set of theories and hypotheses, without many options to test them definitively. It’s also important to remember that jealousy and envy are generally associated as emotions, not as feelings; emotions are more complex and include feelings, motivation, and behavioral tendencies, among others. 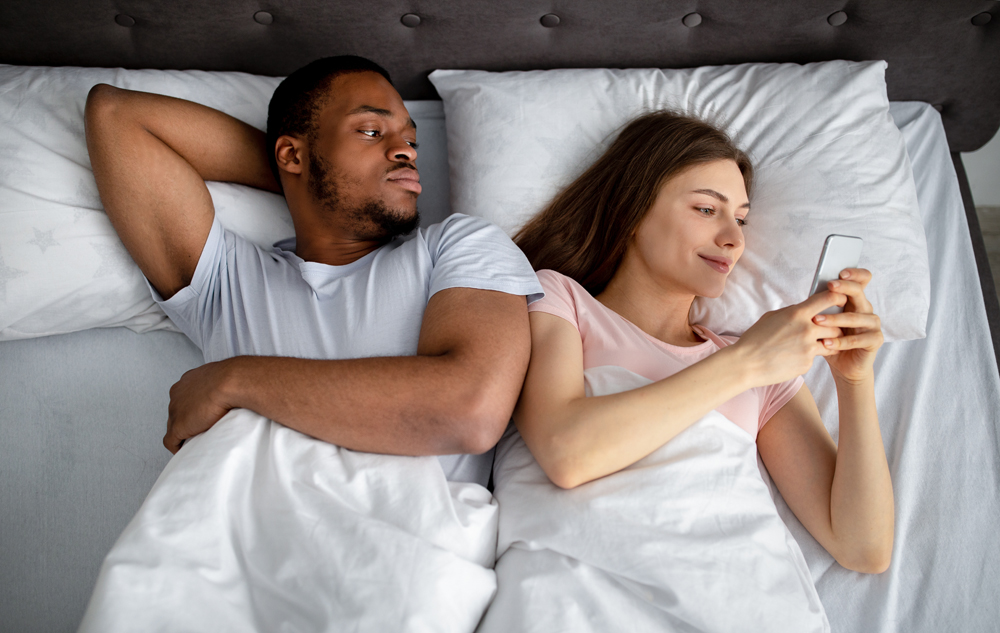 We feel jealous with respect to relations (Photo Credit : envato)

Why do we feel jealous?

As established, jealousy is experienced in connection with a relationship or the risk of losing it.

Emotions are often studied from an evolutionary perspective.

We feel jealous when we feel that our relationship with a person or the benefits we derive from that relationship are at risk. According to this theory, our brains are hardwired to feel jealous, as this encourages us to take action to save the relationship. Therefore, it isn’t something that we can avoid or control.

Another theory is that jealousy is the result of insecurity. When you’re insecure about yourself, you are more likely to be fearful of losing a relationship, or some part of it.

Why do we feel envious?

The evolutionary approach mentioned above also applies to envy. However, envy has another factor.

Humans tend to evaluate their self-worth and well-being by comparing them with that of others. If others possess something we lack, but we want or need, we feel envy towards them.

Since envy occurs due to comparison, it can be distinguished from admiration.

Consider the following situation: You went to school with a friend you considered to be your equal. Ten years later, your friend is richer than you. Would you envy your friend, or would you envy a similarly rich, indeed richer Jeff Bezos?

Most people will be envious of the former—their friend. There is an obvious comparison between you and your friend. You may have studied at the same school, come from similar family backgrounds with similar financial situations, and had a similar intellect, but there may not be many similarities between you and Jeff Bezos.

You may admire Jeff Bezos for his incredible wealth, yet you would envy your friend. Therefore, comparison is an important component of envy.

Apart from these reasons, overthinking, bad experiences, a paranoid personality and reduced self-worth are some factors that can increase or worsen feelings of jealousy and envy. 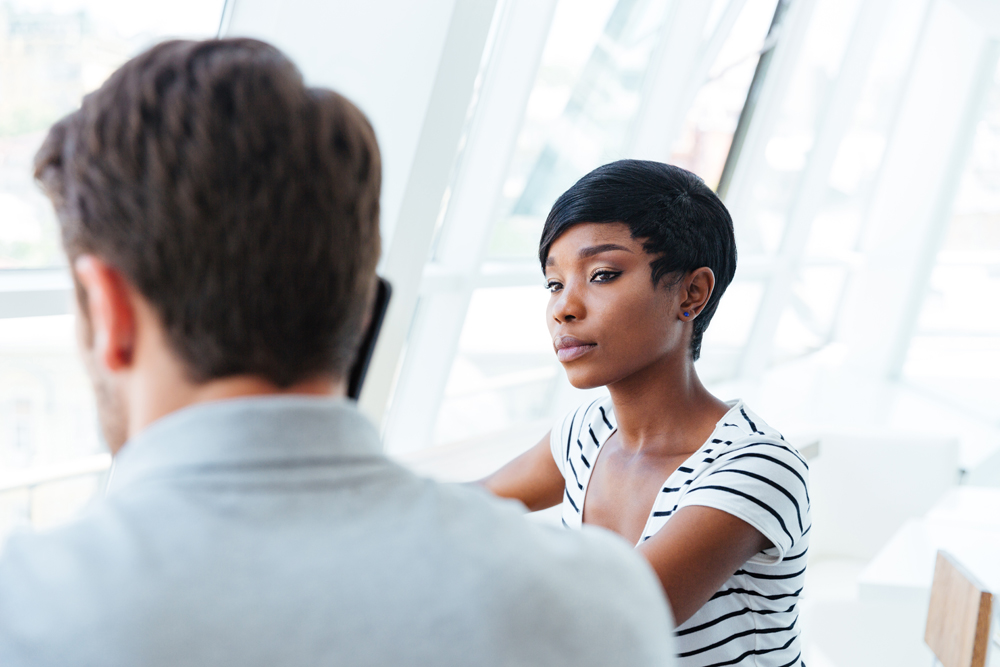 Are jealousy and envy good for us?

Most negative emotions, such as anger and fear, are believed to have evolved or evolved to advance our best interests. Although the jury is still out on whether jealousy and envy are good for us, allow me to present both sides.

Some people believe that these two emotions are not good for us. They are, after all, a state of distress for the person. More often than not, these emotions lead to behaviors that harm us.

Jealousy and envy also arise on the basis of what we think is important or beneficial. However, that may not be the case, and our state of distress will be unwarranted and pointless.

Alternatively, some people believe that jealousy and envy can be good motivators for action. Consider the situation in which a relationship needs to be worked on or when we must acquire a particular physical good or develop a quality that may be beneficial to us. In such cases, jealousy or envy can motivate us to work on the things we cherish in our lives. 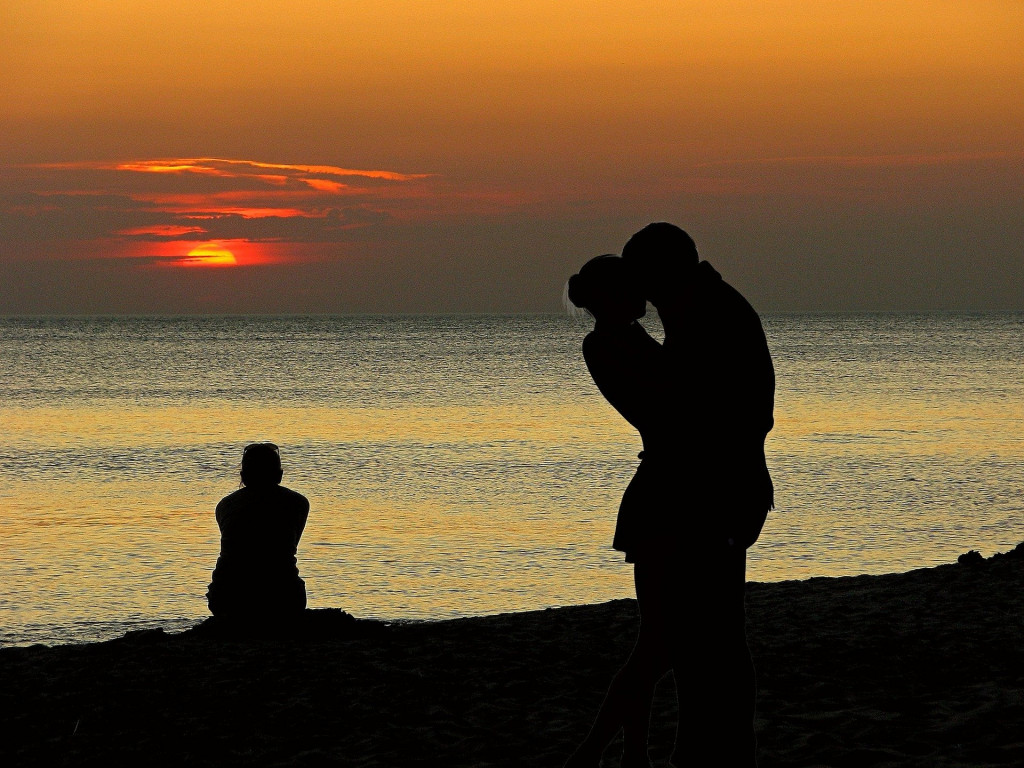 We should not let these emotions consume us (Photo Credit : Pixabay)

When we ask ourselves what we value, our response can be skewed by societal expectations of what we should value. However, analyzing things that make us jealous and envious can provide a more honest answer, as they push us to introspect and think about what is important and beneficial to us.