When you fall and scrape your knee, or injure yourself in some other way, you haven’t lost the skin in that area forever. Instead, our body regenerates the lost skin cells to restore our perfectly glowing and healthy skin again. However, there are times when this doesn’t happen, for instance, in the case of third-degree burns, amputations etc. In such cases, the body part in question doesn’t regenerate completely. What we are actually left with is scar tissue.

Another surprising fact is that our liver is the only internal organ that can regenerate itself. Most people are aware that liver transplants don’t always involve transplanting the whole organ. Rather, a portion of the donor’s liver is cut off and put into the receiver’s body, where it grows into a fully functional liver in about a year’s time. However, the heart, brain, kidneys and other essential organs don’t possess this phenomenal property.

Why is the liver the only organ to regenerate?

We’ve established that the liver is the only internal organ to regenerate, yet it’s not at the top of the totem pole of important organs. The heart and brain partially tie for first position (the jury is still out on that one). Since the whole concept of regeneration continues to elude us, scientists don’t have a definitive answer for why this is the case with the liver. However, they have the next best thing – theories!

One of the theories states that the more complex the structure of the organ, the harder it is to regenerate. Organs like the kidneys and heart are very complicated, with multiple divisions within the organ. Different sections work in tandem to carry out the overall functioning of the heart. The liver, however, is simpler in terms of its functioning. The cells practically work as independent units carrying out the same function. 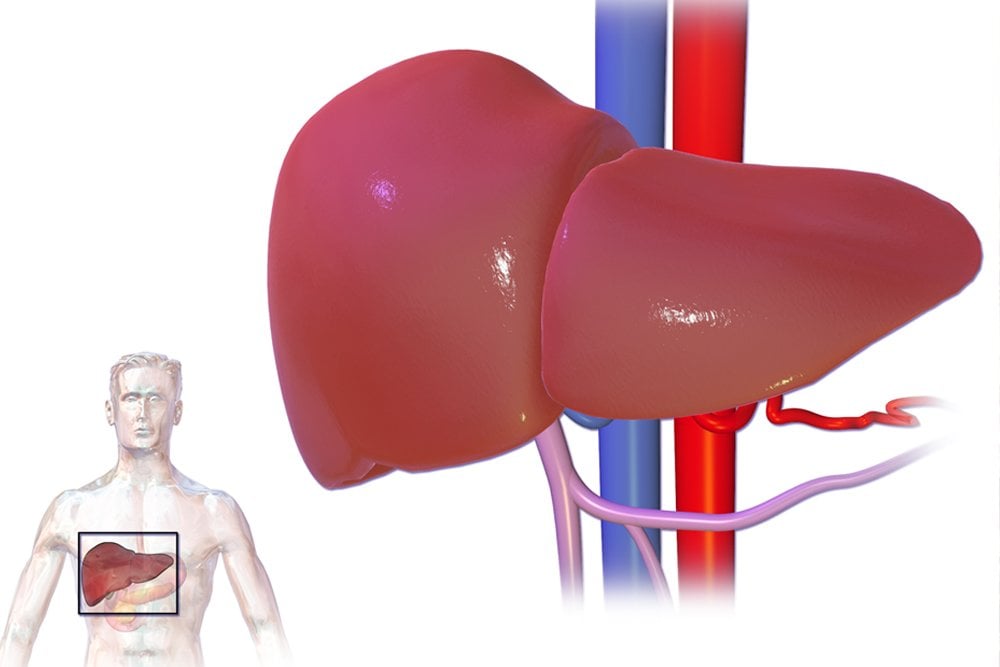 However, it is important to note here that the liver does not undergo proper regeneration. The existing liver cells simply divide to form new liver cells. While this does return the mass of the organ back to normal, the shape doesn’t come back to normal. The reason behind this is pluripotent cells. The cells of an embryo are few in number. These are the ancestors of every single cell in our body. They have the ability to divide and differentiate to form any type of cell, be it a skin cell, heart cell, brain cell……you get the idea. As we grow and these pluripotent cells begin to divide, they lose their ability to form any type of cell. Therefore, since the regeneration of the liver is not carried out by pluripotent cells, it doesn’t regain its original shape.

Another theory that complements the previous one is that liver cells don’t have many modifications. They are very similar to a typical animal cell, so regeneration is easier, since less complex structures need to be multiplied.

It is argued that the above-mentioned points are an evolutionary advantage. It then begs the question, why didn’t we evolve to regenerate more important organs as well, like the heart or the brain? Sadly, scientists don’t have an answer for that yet. It could be because, since the heart and brain have different types of modified cells, more energy would be required to regenerate those. We would also spend energy in maintaining our pluripotent cells in their pluripotent stage, since a change in the shape of the brain or heart isn’t the safest idea. 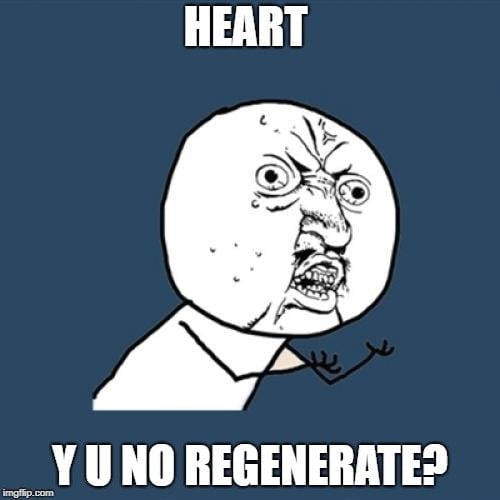 Is the regeneration of organs possible?

Obviously, humans are unable to regenerate organs. We simply grow scar tissue and learn to live without the organ when we can, or we simply die. We do, however, regenerate cells, such as blood cells, liver cells, skin cells etc. This tells us that we do have the ability to regenerate. In fact, certain studies have shown that we actually have the same genes as some of the other animals on Earth have that enable them to regenerate their body parts. We simply need to figure out how to activate them.

Studies have also shown that pluripotent cells can be used to kickstart the healing and regeneration process of organs. However, to what extent that is possible is still unclear.

Regeneration may not necessarily be a dream. There are a number of possible methods out there… we just need to figure out how to harness them properly!