The backfire effect is an aspect of psychology. When an opinion is contradicted by facts, instead of the opinion changing, it gets further strengthened. Due to this effect, whenever you are confronted with information and facts that contradict something you believe, instead of changing your view or forming a new opinion, your original beliefs will often be strengthened.

The backfire effect is an aspect of psychology. When an opinion is contradicted by facts, instead of the opinion changing, it gets further strengthened. Due to this effect, whenever you are confronted with information and facts that contradict something you believe, instead of changing your view or forming a new opinion, your original beliefs will often be strengthened.

When you were pushed into this world, and bombarded with 7.2 billion people, 8.7 million other species, 510.1 million square kilometers of accessible space, quite a few years ahead of you, the history of a million years behind you, and a whole lot more to take in, you did the most sensible thing you could think of at the time… You cried and yelled!

However, as the years went by, you realized that there were other ways to deal with information overload. 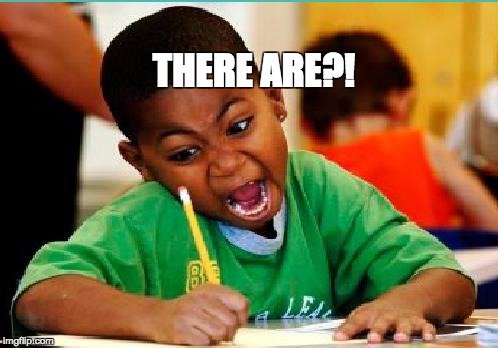 You started building the world in your head. You observed things and people around you, you tried to understand them, and you put them all together in your head according to your perception of it all. Now, everything new that you learn must comply with this model in your head. Otherwise, your brain will go to great lengths to defend itself against being overwhelmed.

What is the Backfire Effect?

The backfire effect is a very strong, psychological aspect in all of our minds. Due to this effect, whenever you are confronted with information and facts that contradict something you believe, instead of changing your view or forming a new opinion, your original beliefs will often be strengthened. You will believe in your previously formed opinion even more vigorously, despite seeing hard proof.

For example, remember that classmate you formed an opinion about too fast? And even though everything they did suggested otherwise, you didn’t want to believe you were wrong about them, so you convinced yourself that you weren’t wrong. You found reasons, dwelt on minor things, and ignored the facts that contradicted your opinion. All of this struggle just so your opinion didn’t have to change. The huge amount of thought you gave it only strengthened your original opinion about your classmate. 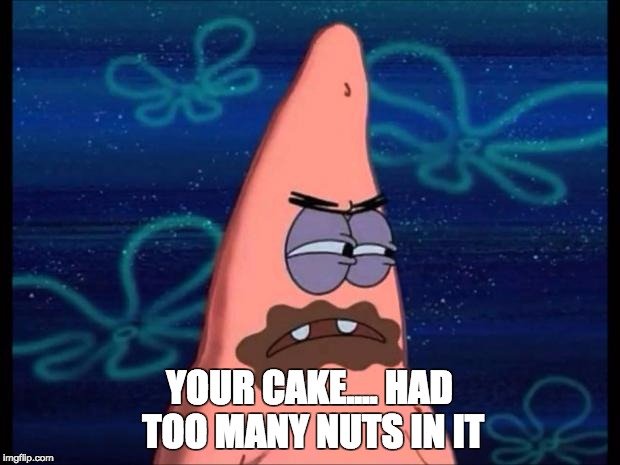 Assuming you hadn’t told anyone else about what you thought of this classmate, there is no question of being judged or labelled ‘wrong’… so why did you do it? Why did you make all this effort to defend an opinion that no one knew about except you?

It’s helpful to picture all your beliefs and perceptions as the construction plans of a building. It is a building that you constructed through a great deal of effort. Any new contradicting information is a potential threat to your building, and that is a threat you cannot afford, because you’d have to build that section all over again. Instead, you build defenses around it. These defenses are made of weak reasoning supplied to you by confirmation bias. Each time there is a new threat, you have to make more elaborate defense structures. Not only do these defense structures keep out the threats, but also increase the value of your work each time. And with each time, your confirmation bias (which feeds on the value), gets stronger and the reasoning supplied by it is weaker. At the end of it, you would end up having a very weak structure with a huge personal value, due to all the effort it took you to construct.

When the first threat came your building’s way, what if you wanted to defend it, but didn’t have any material, because you didn’t want to rely on confirmation bias? You’d be forced to watch as your building was destroyed, forcing you to build another one all over again. It could be done with strong material this time, however, as it’s not supplied to you through confirmation bias. You’d have to do this every time, but in the long run, it would probably take the same effort as building defense structure after defense structure. Besides, you’d probably get far fewer threats, seeing as your building would be so strong. 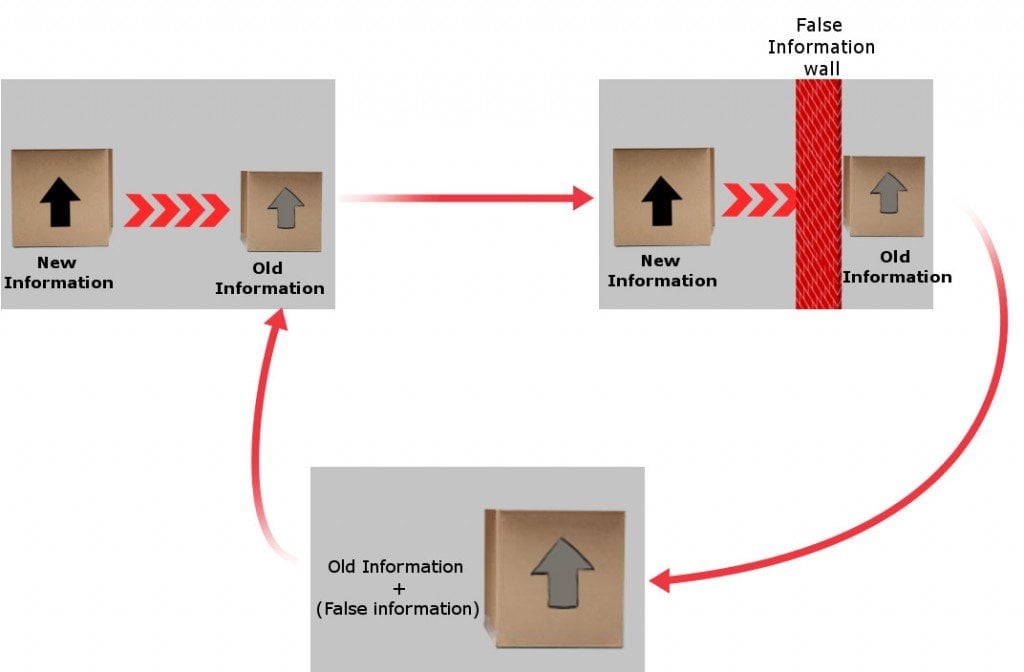 All scientific discoveries have been counterattacked at some point. In fact, that’s the only way they’ve evolved. When Einstein first put forth his theory of relativity, which contradicted all the previous theories involving Newtonian physics, he faced a lot of resistance (Including Tesla’s criticism!). When asked how none of the hundreds of letters fazed him, he said that if he was indeed wrong, a hundred letters wouldn’t be needed. One letter would be enough. The backfire effect in the minds of many very intelligent and qualified scientists, who were obviously very passionate about the concepts they had been working with for years, led them to do experiments to prove Einstein wrong, and they published papers to do the same. He couldn’t convince many of them, after their beliefs had been so strengthened. Fortunately, strong reasoning can be overpowered by a bias only for so long. Here we are, so many years later, digging further into his theories that prove there is always room for radical changes in thinking. 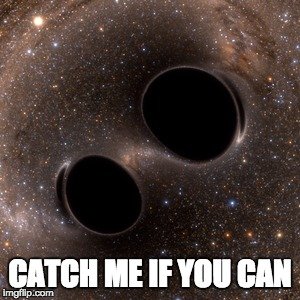 How can we use the Backfire Effect for our benefit?

The backfire effect is very powerful and a part of the mechanism of our minds as humans. We can’t get rid of it, but we can make ourselves more aware of it. Being aware that you may be straining your logic only to preserve your beliefs will cause you to keep your mind more open, allowing you to definitely change and learn much faster.

Huge industries also use the backfire effect! Advertisements work by asserting what you already believe in, thereby strengthening your belief that they somehow tie to their product. The place you are from, the time of the day when you’re shown the advertisement, the culture of your country, the political system… all are considered to accurately assume your predisposed opinions.

Arguments can be approached in better ways when you are aware of the backfire effect. Apart from being aware of it, so you can keep your own mind open, you shouldn’t state facts that counter the opposing person’s opinion. Instead, you should ask them questions that will make them question what they believe. 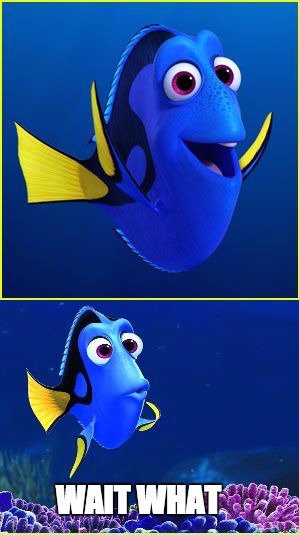 The Internet revolution has provided the ability to argue with people across the globe, even if you’ve never met them. Heated arguments you might have witnessed (or participated in) on the Internet between two people going back and forth about a political opinion or a very emotional issue will usually end in very raised tempers and no conclusions. This is because each side is really just strengthening the other side’s original opinion.

In my opinion, it is critically important to be aware of the backfire effect, because of how much it helps us grow. We can change and learn much faster if we allow our ideas of the world to be flexible, and not be so certain that our beliefs are superior. In the very wise words of Master Yoda… 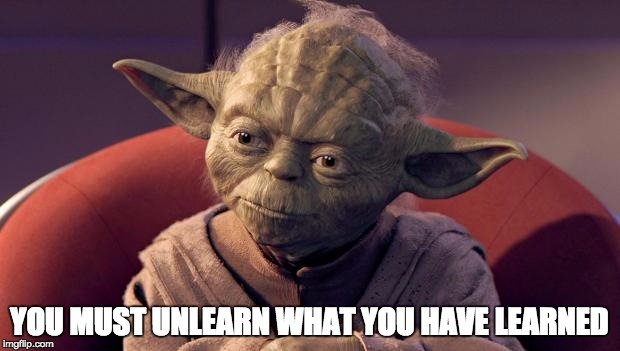