Doomscrolling means consuming a huge amount of negative news, despite the consequent harmful effects such behavior can have. We seem to doomscroll because we crave information in times of uncertainty.

Your thumb continuously flicks up and down as you scroll through a social media platform filled with endless streams of catastrophic news. You feel your heartbeat increase and your stomach drop, yet you find that you’re unable to stop, almost as though your scrolling has become a compulsion.

This phenomenon has an apt name: Doomscrolling. The term originated in 2018, but gained traction during the pandemic, owing to the incessant onslaught of tragic news. Doomscrolling has become a cause of concern for mental health in our current times.  (Photo Credit : twenty20)

Why Do We Compulsively Consume Bad News?

Doomscrolling is commonly understood as consuming a vast amount of negative news, even if you know the harmful effects of such a hobby. The year 2020 wouldn’t let humanity catch a break. We have basically been drowning in negative news, ranging from a raging pandemic and weekly natural calamities to rampant human rights violations across the globe.

The Oxford Dictionary made ‘Doomscrolling’ the word of the year in 2020, but it’s not a new behavior. People have always been unable to look away from a train wreck.

One reason for doomscrolling is the human behavior known as the “intolerance of uncertainty.”

In times of turmoil, when tragic news appears to be perpetual, there is a marked sense of uncertainty about everyday life. We feel that if we could only find answers to everything we don’t know, we would feel better. Thus, we obsessively scroll and refresh our feed in the hopes of coming across that vital piece of information that just might drive our worries away. Humans also have something known as “negativity bias”, i.e., people tend to focus significantly more on negative news. Media outlets cash in on this human behavior, which is why the percentage of bad news and sensationalized headlines far outnumber good or comforting news. In other words, we pay more attention to negativity.

A possible evolutionary reason for this might be that negative “news” or a threat once represented a life-or-death situation for prehistoric humans. They didn’t have the option of switching off their phones or literally setting their worries out of sight. They had to pay attention to the threat or else they could die.

This survival instinct might have persisted in us, causing us to hyper-fixate on negative news.

Also Read: Is Binge Watching TV Good Or Bad For You?

The Effects Of Doomscrolling

Psychologists have correlated doomscrolling with poor mental health. After the Boston Marathon Bombings in 2013, a study tracked the news consumption of around 4,500 Americans. The study found that people who consumed more than six hours of media were nine times more likely to develop acute stress than those who did not watch the news as regularly.

To overcome the fear brought on by uncertainty, people often feel the need to gather as much information as possible to find a reassuring explanation. In this effort, they inevitably fall down the rabbit hole of negative headlines. It is becoming increasingly common to fall down the rabbit hole of bad news due to social media’s endless feeds. (Photo Credit : Victor Moussa/Shutterstock)

However, they don’t end up in Wonderland; instead, they find themselves worrying more and more.

There is a phenomenon known as the “knock-on effect.” Like dominos falling, distressing news knocks down the domino of negative thoughts in our minds, fueling our anxiety and leading to high stress levels and depressed moods.

In fact, the over-consumption of terrible news can even lead to symptoms of post-traumatic stress disorder (PTSD) in some individuals. PTSD is a psychiatric disorder that occurs as a response to experiencing devastating events in one’s life. People with this disorder experience exceptionally high levels of stress and anxiety triggered by any memory or association with their trauma. A study conducted after the 9/11 attacks investigated the connection between media consumption and stress levels of 1,770 Americans. The stufy included people who lived far away from the attack, as well as those in NYC. The study spanned over three years, and found that the people with a higher than average exposure to media coverage of the attack suffered more notably from symptoms of PTSD.

It’s impossible to escape the news with our phones glued to our hands and our laptops always open. Information gives us a clearer perspective on what’s going on and helps us form helpful opinions. However, too much of it can elevate our stress levels and make us feel like things are worse than they really are.

Also Read: Are We All Becoming Narcissists?

Social media is designed to be addictive and make us scroll mindlessly for hours. When this addictive design is coupled with negativity, it becomes a dangerous recipe for doomscrolling.

Striking a balance between staying informed, but not overdosing on negativity, helps stabilize our mental health. Hence, psychologists encourage more mindful consumption of news by keeping track of the hours people spend each day consuming negative news, and moderating yourself accordingly! 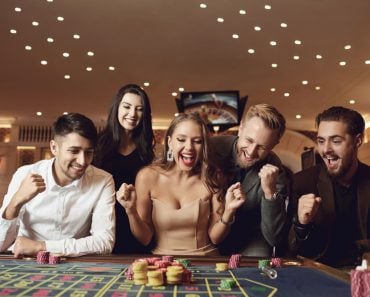