Biological weapons are microbes like bacteria, viruses, fungi, or the toxins produced by them, which are then used to cause large-scale destruction and death to other living organisms.

Just as living organisms evolved with time, the types of weapons used to fight enemies have also evolved over the millennia. The spears, arrows, knives, and clubs used by ancient cavemen grew more sophisticated as swords, daggers, and shields. These later transformed into firearms like guns, rifles, grenades, and today’s sophisticated bioweapons like pathogenic bacteria, fungi, viruses, and the toxins produced by them.

The term “biological weapons” or “bioweapons” refers to the use of pathogenic bacteria, viruses or fungus, and the harmful toxins produced by them, to cause large-scale infections in humans during warfare. Toxins are the biologically active chemicals produced by some living organisms that can cause illness.

The deliberate release of biological agents as biological weapons to bring about the mass destruction of humans, human-made structures, or the biosphere is classified as biological warfare. An illustration of several bacteria and viruses posing as a bomb, representing their use as a weapon and posing a real global threat. (Photo Credit : Lightspring/Shutterstock)

The concept of biological warfare is significantly old and dates back at least 2500 years.

One of the earliest incidences of the use of bioweapons was in 300 BC by the Persians, Greeks, and Romans. They used animal cadavers to contaminate various sources of water. In 400 BC, the Scythian archers used decomposing bodies and blood-manure mixtures to dip their arrows in prior to an attack.

Biological warfare reached a new level of sophistication in the 1900s. The German army used anthrax and cholera as biological weapons. During World War II, the Japanese attempted to use the plague, syphilis, and anthrax as bioweapons.

The 1925 Geneva protocol was the first international law to prohibit the use of biological weapons. However, it did not govern the possession or development of bioweapons. The Biological Weapons Convention (BWC) held in 1972 supported the Geneva Protocol, inhibiting not only the use of bioweapons, but also their development, production, procurement, transfer, and stockpiling. A BWC treaty was signed in 1975, which completely banned the production of all types of Weapons of Mass Destruction (nuclear, chemical, radiological, and biological). A total of 183 states are a part of the BWC treaty as of March 2021.

In the past few decades, several baseless conspiracy theories regarding the spread of many epidemics and pandemics have been making the rounds. These were considered to be acts of biological warfare to bring massive destruction to humankind.

How does a biological agent qualify as a bioweapon?

For a biological agent to be classified as a bioweapon, it must have certain characteristics.

First, it should have little to no visibility. Imagine weapons like the gigantic tankers and rifles used in wars, and now imagine bioweapons (like viruses and bacteria), which are invisible to the naked eye. Which one is scarier?

Second, they should be highly potent. The bioweapon should be able to induce symptoms alone or in combination with other bio-agents. The symptoms presented should be indistinguishable from the symptoms caused by other microbial agents that are not lethal.

The incubation period of the bioweapons is a critical aspect, as it determines how dangerous it is. Incubation time is the time between exposure to the onset of symptoms, and should not be immediate, for maximum destruction.

It should easily disseminate (spread) from individual to individual, should infect a large population in a short span of time, and have a higher rate of mortality (ability to induce more number of deaths). This ability of the bioweapon makes it more effective and tougher to control.

Third, the bioweapon should retain its viability and pathogenicity even after several rounds of replication. It should also be capable of entering the host in quantities large enough to cause potential damage.

Fourth, the bioweapon should be inexpensive, suited for large-scale production, long-time storage, and easy transportation. It should have long-term stability in the environment so that it can cause maximum damage to the host organisms, including humans, plants, pets, and livestock. A scientist working in a laboratory to create pathogenic agents for use as a bioweapon. (Photo Credit : envato)

The CDC (Center for Disease Control and Prevention) has categorized biological agents used as bioweapons into three major categories—Category A, Category B, and Category C.

The highest priority agents are the Category A agents, which can be easily transmitted from person to person, resulting in higher mortality. These kinds of agents often require special attention and action in maintaining public health. Toxins like anthrax (Bacillus anthrax) and Botulism (Clostridium botulinum), smallpox, the hemorrhagic fever caused by viruses, and plague (Yersinia pestis) are some examples of Category A agents. 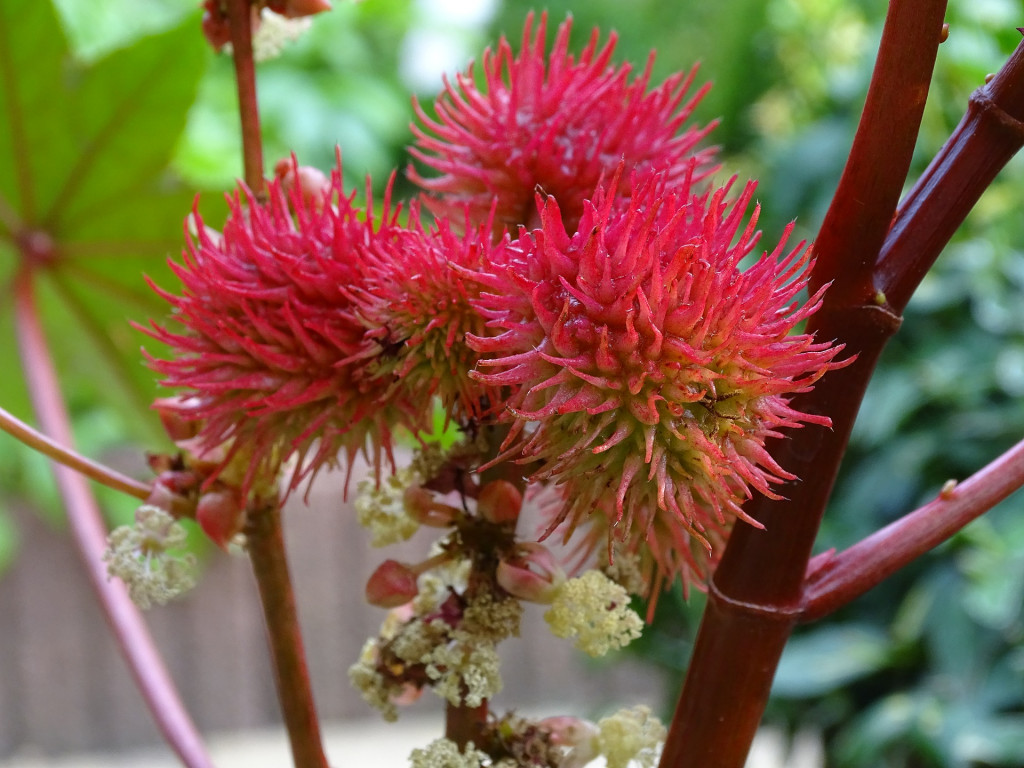 Ricin, a poison found in castor beans is an example of category B bioweapon. (Photo Credit: Pixabay)

Category C agents are the bioagents that can be genetically engineered for mass production and easy dissemination. They often show high morbidity rates and mortality rates. Examples are emerging viruses like hantavirus and Nipah virus, multidrug-resistant tuberculosis, and the yellow fever virus.

To combat the dangers of bioweapons, security systems have come up with biodefense strategies. Some of the measures include medication, vaccination, and a general improvement of public health. Biodefense could be targeted to two types of populations, for civilians and for militants as an emergency response. Several government agencies have been deployed for the efficient detection and identification of bioweapons, but the lack of institutional support and non-compliance among the states often challenges the ability of biodefense to counter a biological attack.