Human beings have an incredible capacity for memory, and while this can be helpful when remembering where we left our keys, there are some grey areas of memory that are not so easily explained. When you think back with fondness on the past, perhaps in a moment of sorrow or longing, that emotion can be complex and even painful at times. The classic mention of the “good old days” is essentially saying that the past was better than the present.

This emotional state has a name that you almost certainly recognize – nostalgia. However, throughout history, nostalgia has been thought of and responded to in a wide variety of ways, which brings us to an interesting question: What is the cause of nostalgia and what does it do for us? Is it a disease? A cognitive glitch? A universal compulsion?

Short Answer: Nostalgia is a form of reminiscence that commonly takes the form of a first-person memory, typically of an event or experience surrounded with friends or family, or moments of personal happiness.

The Long History Of Nostalgia

More than 300 years ago, nostalgia wasn’t seen as a harmless musing about the past, but as a mental disorder with potentially disastrous complications. It was seen as a form of depression, or a serious symptom of such depression, in which a person was unable to fully live in the present. A Swiss medical student named Johannes Hofer first gave a name to the condition after observing the low spirits of Swiss mercenaries fighting in foreign lands. The word itself, nostalgia, comes from Greek origins: nostos (homecoming) and algos (ache). From this point forward, for the better part of a century, such sensations of nostalgia were largely considered a symptom of depression. 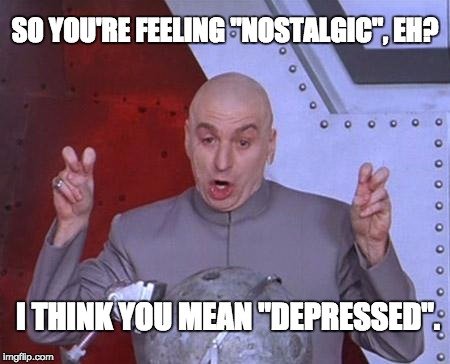 Nostalgia became a popular element of literature and other art forms, as it does have a certain romantic element to it. Looking back at the past is an unusual thing, because our minds are often self-protective. This means that we don’t remember things exactly as they occurred, but with some mental edits that make the memory more pleasant. For example, we may recollect moments of pleasure or glee from a vacation or afternoon, but will completely forget when your luggage was lost on the way home from Hawaii, or when that beautiful picnic in Paris ended early due to unexpected rain. Nostalgia is essentially a means of romanticizing the past through the filter of our minds, and that fact was not lost on writers, poets, artists and even filmmakers in the 20th century.

As more and more people began to study this strange mental phenomenon, it was seen that not all nostalgia came from a place of sadness or longing, but often from a desire to reflect on happy memories of the past. By the end of the 20th century, nostalgia was no longer seen as a symptom of depression, but actually a means to counteract it.

Studies have come to a number of conclusions regarding nostalgia, including the fact that it doesn’t often occur due to a longing for a particular memory, but rather of an emotional era in your life. When you are feeling upset, anxious, lost or confused, reminiscing nostalgically about a previous era of life can help to lift your spirits, reminding you that good times happened in the past, and will therefore happen again. Completely opposite of what was once believed in much of the scientific community, nostalgia can actually help reduce stress, increase longevity and boost feelings of hope and optimism. 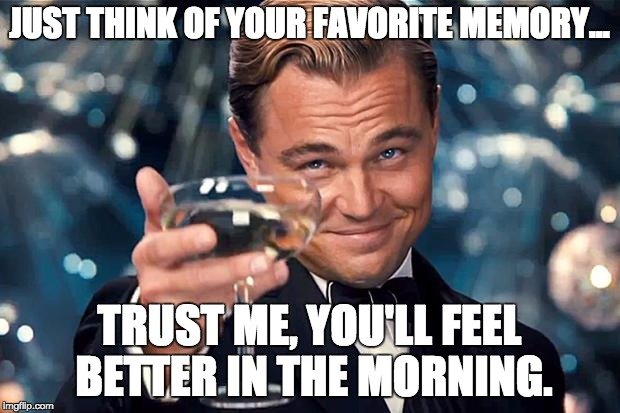 Another study found that nostalgia was more powerfully connected to the sense than previously thought. It has been found that the olfactory sense is a common portal to nostalgic thoughts. The olfactory lobe is directly connected to the limbic system, which is considered the control center for emotions. For this reason, smells are the most reliable triggers for nostalgia. Other triggers, such as music, have also been closely linked to nostalgic tendencies. Nostalgia can even be used to change the physiology of the body; when a person muses on nostalgic thoughts, their actual body temperature can rise. In a sense, the warm, fuzzy feeling of a good memory does actually help you get warmer!

Now that we understand that nostalgia is simply a defensive mechanism, or a self-inflicted remedy for dark times and sad thoughts, plenty of people have tried to take advantage of this mental glitch. Products from times past and the “retro” styles that never seem to stop rolling out are a direct appeal to our nostalgic sides. When we see toys, clothes, cars or movies from days gone by, it can often trigger the positive emotions of that era, and in that moment of reverie, our decision-making skills can be compromised.

While essentially harmless – except to the pocketbook – it is still quite the dirty trick of manufacturers and advertisers. Reusing old ideas, “reboots” and retro-celebrating trends can be manipulative… and extremely successful.

Also Read: Why Do Some People Have A Better Memory Than Others?

300 years ago, nostalgia was considered a curse of the clinically depressed, but now, it is widely seen as a positive attribute of human consciousness. If you find yourself constantly waxing nostalgic, it may be a sign that there is something wrong in your current life that you consistently try to escape from, but the occasional reflection on the past is nothing to worry about. It’s simply your brain reacting to a cognitive trigger from some part of your sense memory, or a protective reaction of the brain to boost our spirits when we’re feeling blue.

Either way, allow yourself the occasional trip down memory lane; it just might turn your mood around!