The secret behind Captain America’s superhuman strength is the Super-Soldier Serum. This serum is a concoction of chemicals that, when ingested or injected, enhances the body’s mental and physical functions to operate at their maximum capacity. In addition to the serum, Captain America was also exposed to Vita-rays, which stabilized the serum’s effects within his body.

Even in the league of Marvel superheroes, Captain America stands out as particularly unique. Not because he has a spangly blue costume and wields a shield with stars printed on top (although, that’s also hard to miss), but rather because he doesn’t have inherent ‘superpowers’, per se, like Thor, Wolverine, and Hulk, nor a powerfully weaponized suit of armor like Iron Man, to help him crush his enemies to a pulp. Instead, he’s just a human whose bodily functions have been incredibly enhanced to operate at their maximum capacity. 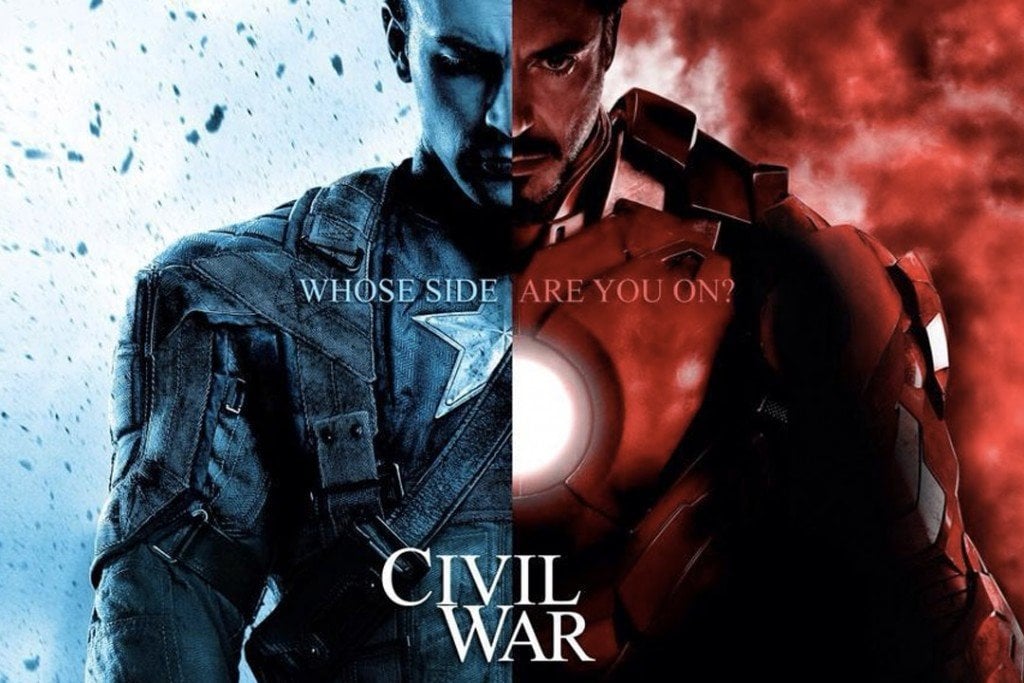 He’s vulnerable to sharp-edged weapons, regular bullets, and even the brute force of a punch (although that punch has to be pretty darn hard), just like any other “normal” human. This is probably one of the reasons why Captain America resonates with people, as people find him to be someone to whom they can relate.

But how are his bodily functions so enhanced? What’s the secret behind his extra agility, extra strength… and basically every other human ability with the prefix ‘extra’ or ‘super’ attached to it? 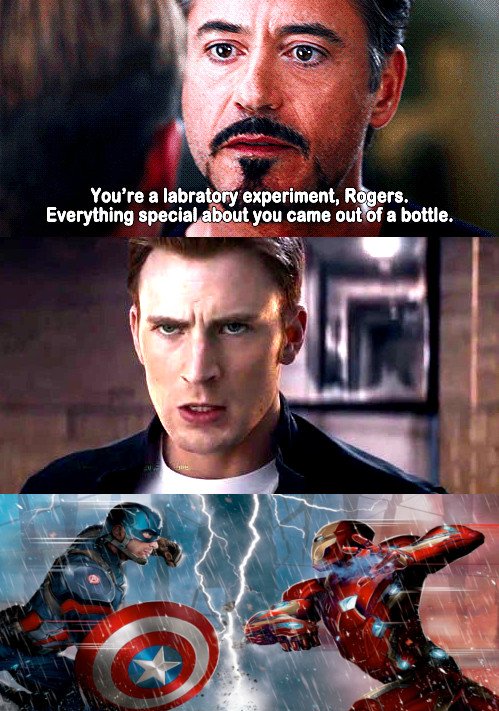 The main secret behind Cap’s superhuman strength and endurance is the Super-soldier serum, which is a fictional concoction that has been used in the Marvel universe from time to time. It’s basically a homogeneous combination of ‘certain chemicals’ (that have not been named, obviously!) in the form of a liquid, exclusively prepared by a scientist named Abraham Erskine, code-named “Professor Reinstein”.

Once administered to a human body through a series of treatments involving both ingestion and injection, the body transforms itself both mentally and physically to operate at the peak of human performance, and perhaps even beyond that.

The super-soldier serum was formulated to create incredibly advanced super-soldiers during the time of the second World War to help lead the Allied Forces to a swift victory. Steve Rogers, aka Captain America, was selected as the first test subject for this formula as a part of “Operation Rebirth” due to his unparalleled courage and staunch patriotism for the country. 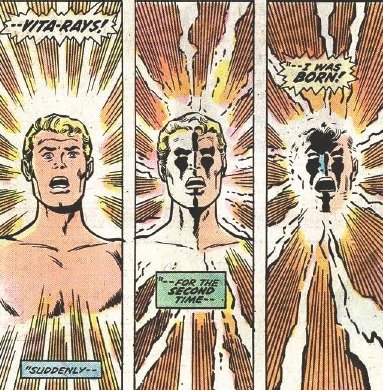 Super-soldier serum certainly has the potential to exponentially increase human mental and physical strength, but it requires an altogether different system to stabilize it inside a human body at an accelerated pace. After having been administered the serum, Cap was put in a metallic chamber and bombarded with special rays that could do the trick. Referred to as Vita-rays (another ‘Marvel-only’ thing), these rays sped up the effects of the serum and stabilized them within Cap’s body. 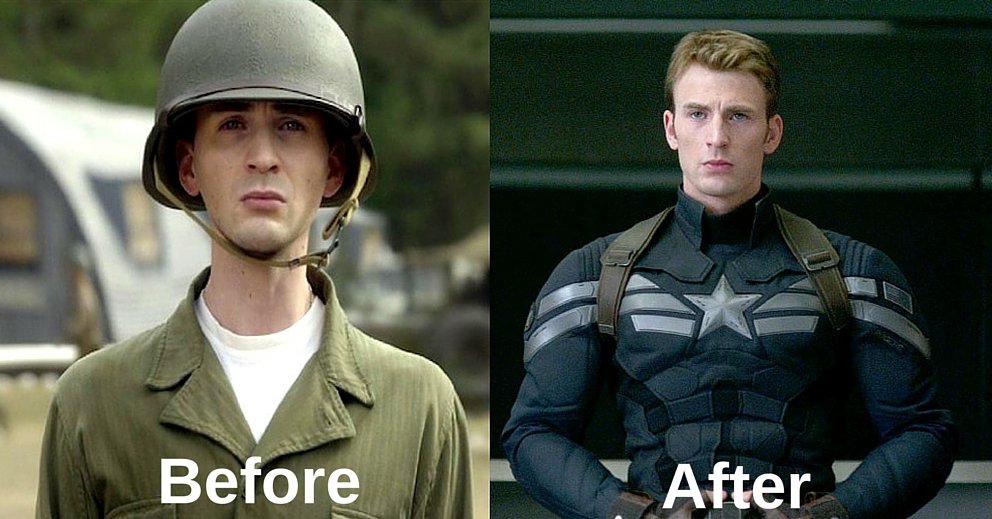 Talking about the miraculous effects of these rays is one thing, but being exposed to them at 100% of their capacity in a metallic chamber is another. The transformation was a painful procedure, to be sure, but its results were textbook perfect!

Here’s a short clip of the transformation of Steve Rogers into Captain America. Take a look:

Could there be a Captain America in real life?

All this talk about Captain America’s super agility, super strength and super endurance is all well and good, but is it possible to replicate such a mechanism in our world to create real-life super-soldiers?

As of now, we haven’t figured out a way to concoct a super-soldier serum, but looking at the effects that the serum produced on Cap’s mind and body, scientists have identified a number of genes that could be tapped to recreate such results in normal humans. Specific genes, such as those involved in improving the oxygen-carrying capacity of blood or increasing muscle mass, can be hyper-activated using certain techniques.

According to Sebastian Alvarado, a postdoctoral research fellow in biology at Stanford University, various genome-editing tools that we have today (like zinc finger nucleases, or CRISPR/Cas9 systems) can hyper-activate or deactivate certain genes to make a normal human body into one with the best possible (and practical) physical health. Such techniques can potentially make you more strategic, enhance your problem-solving skills, supercharge your reflexes and make you incredibly fast. 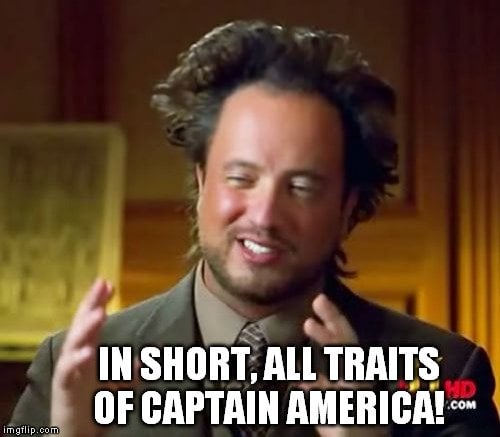 A Need for Real Vita-rays

We do have, at present, techniques that can alter your genetic code and bestow you with certain superhuman features; what we still need is the Vita-rays, or the ‘scientifically and practically plausible’ version of Vita-rays, which could stabilize such genetic alterations in the human body.

Of course, such tests have not been carried out on humans in real life. The biological complexities and ethical considerations are yet to be worked out to pull this fantastic feat out of the Marvel universe and apply it in real life.

As far as making a real-life Captain Americas is concerned, the future does look bright. However, enhanced physical and mental muscles are not the only things that make one a superhero; the traits of one’s character are also key elements, and those, my friend, can never be altered by any super serum! 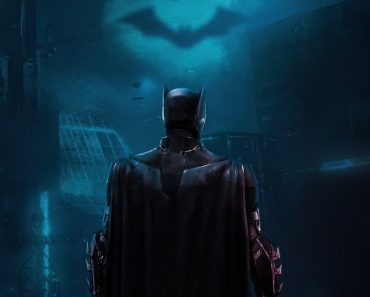