It is absolutely possible, but you’ll probably lose, or break your ankle in the process.

The action movies with women in heels makes for a long list. Black Widow, Catwoman, Wonder Woman, Gomora, and even Nebula does battle in slight wedges.

In real life, people wear heels to appear tall and stately, but our feet usually hate us for it by the end of the day. They aren’t the most comfortable shoes and neither are they the most practical… just think about the times you have fallen, or almost fallen because of them.

So, when films show actors, primarily women, performing daredevil stunts in six-inch stiletto heels, it really makes one question whether any of that is really possible?

Before we delve into the physics of high-heeled fights, it’s important to remember that films aren’t an accurate depiction of real life; some suspension of disbelief is fine. For many fantasy and sci-fi films, we can let some dubious fashion choices off the hook. At times, these fashion choices align with a character’s personality. Just think of Harley Quinn… she would look out of character wearing trainers, in a grey tracksuit combination. Her personality is impractical and outrageous and her costuming reflects that.

With that said, let’s dive into it.

Not all heels are designed the same. There are wedges, block heels, pumps, and everyone’s favorite—stilettos—to name just a few. The heel can be attached to a peep toe shoe, a gladiator-style laced shoe, a boot, ordinary oxfords, or even sneakers.

The sky’s the limit…or rather, 12 feet long, the record measurement for the tallest heels in the world.

Some of these heels are better suited to combat (and comfortable everyday life) than others. In general, the higher the heel and the pointier the heel, the less practical it will be for combat.

Another consideration is whether the shoe is strapped on to the foot or not. No one wants their shoes to fly off their foot while serving a kick to an enemy. 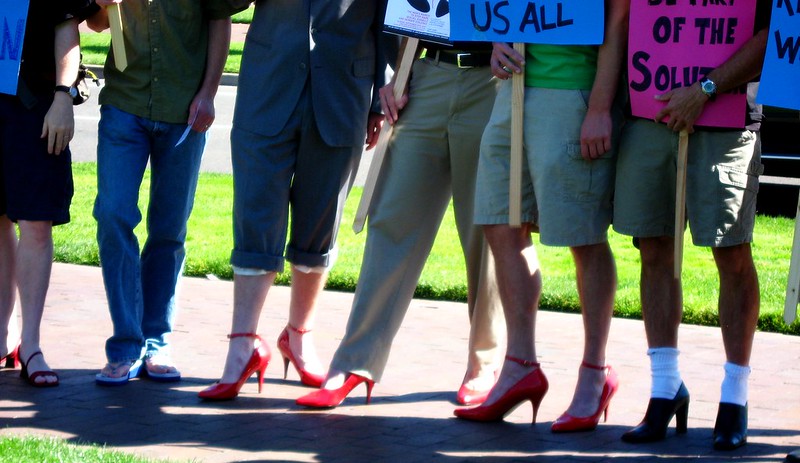 Fighters, especially of the superhero variety, might also not want vulnerable body parts exposed to weapons. The same goes for the legs. Superheroes won’t be able to fight with a broken shin. Boots, especially knee-high boots (like riding boots), provide good protection from murderous arrows and villainous daggers. Even Wonder Woman will leave her arms and thighs exposed, but not her precious shins.

Now, how does the heel, either high or low, fare for a fighter? It all has to do with balance.

Standing on our own two feet is inherently unstable. Our center of gravity leans slightly forward, which mean that the body needs to actively work to keep us balanced. This involves a host of the body’s senses—the visual, auditory, vestibular and somatosensory (meaning information from within the body) systems.

Heels alter the elevation at which your brain is used to experiencing the world; the ground is farther away from your head and your limbs are longer. Your conscious brain knows the reason (the heels), but your senses are still calibrating to this new position. The visual system takes time to adjust to the height difference, as does the vestibular system.

A superhero in heels would be an interesting spin-off.

The ankle and calf muscles

High heels shorten the muscles in the legs, particularly the gastrocnemius and the soleus muscles in the calf. These shortened muscles are the reason your calves look so good when you wear heels, but shortened calf muscles distort how the body maintains balance.

Our center of gravity falls in front of the ankle (when projected vertically). To prevent us from toppling forward, the ankle and the two calf muscles perform something called the plantar flexion.

The plantar flexion is what allows you to move your foot up and down, press the gas pedal while driving, balance on your tip toes, and yes, balance in heels. However, wearing heels for a prolonged time can impinge this plantar flexion movement, which would impair balance in the long run.

The position of the ankle and calf while wearing heels puts added pressure on the knees, which is why people who don’t normally wear heels complain of wobbly knees when they wear them. Pressure on the knees is definitely not an advantage in combat. 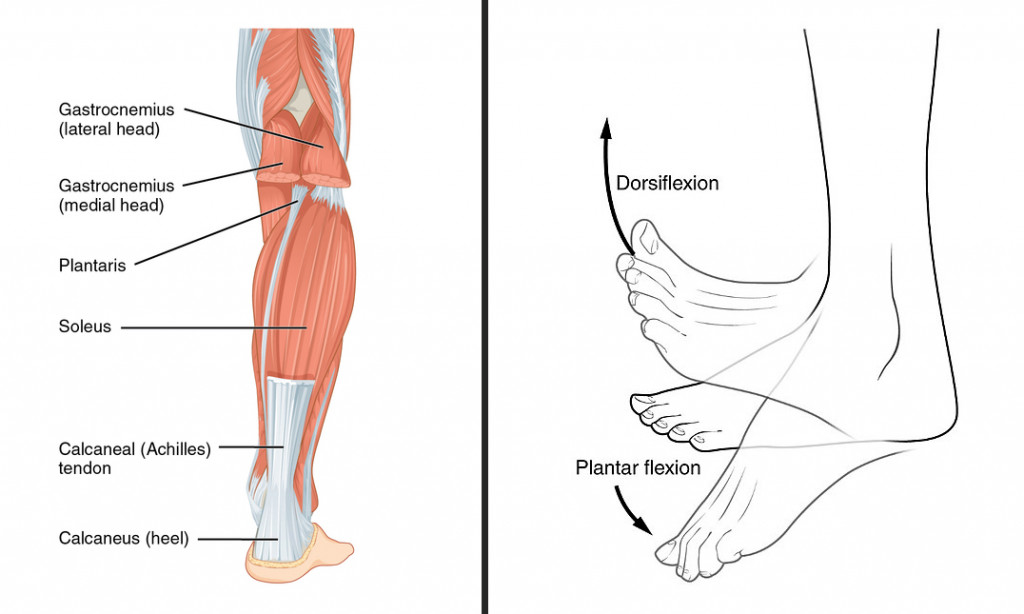 The height of the heel also affects the way the leg joints interact with the pelvis region, which all leads back to problems with balance. All muscles and other connective tissue aren’t isolated and their effects can be felt in other connected regions, resulting in a domino effect.

Shorter heels mean longer calf muscles and less strain on the ankle and the knee, which means more mobility.

All this is fine if you’re only concentrating on walking, but imagine running jumping, kicking and being a fearsome fighter. One misstep and now you have a twisted ankle.

Even distribution of weight

A flatter heel will allow a female combatant to distribute her weight more evenly, thereby making her more stable. Block heels and even wedges are therefore a decent choice if you’re going into battle.

Stilettos, however, are not a realistic choice. The needle-like heel means that one must put all their weight on that small point to stay balanced. The chances of falling, or even breaking the heel, are very high. It would be better to be barefoot than to fight in a broken stiletto.

Furthermore, many high heels don’t offer much in terms of arch support. The arch of the foot is a shock absorber and helps prevent the foot from hurting, particularly during hard impacts or landings.

High heels as a weapon

Anything pointy can be a weapon, and heels are no exception to that; just ask Avital Zeisler, a self-defense expert. Her method of self-defense incorporates the heel as a weapon. Its point could be used to inflict damage; in the movies, that would mostly be against the villains—human or otherwise.

If you can overcome the discomfort and the instability of a heel, then the sharp point could serve you to injure your opponent. In a fight sequence, a kick from a pointy heel could definitely do some damage.

Heels aren’t a great combat footwear choice. Not only do they leave you unsteady on your feet, but they might break, make your feet hurt, and they’re loud, which would probably make it difficult for you to make a stealthy escape.

That being said, if you have no choice in the matter, and you’ve been caught by a villain while in your heels, I’d suggest ditching the shoes entirely and battling with bare feet!