“Chernobyl” excellently breaks down the complex mechanisms of a nuclear disaster and makes it entertaining for viewers, but it did miss a few things in the process.

HBO’s 2019 series Chernobyl—also known as HBO’s apology for Game of Thrones—was critically acclaimed for its recreation of the Chernobyl nuclear power plant disaster of 1986. The series, for the most part, gave us an accurate look into the history, politics, and science of the disaster, with great attention to detail in the production and writing.

Granted, HBO did take a few creative liberties for the sake of better storytelling, but most of the changes are justifiable. For example, there was the addition of a fictional scientist named Ulyana Khomyuk played by Emily Watson, who is meant to represent the dozens of scientists who helped investigate the accident.

However, at other times, the show’s creators just added stuff for more drama. Quite a lot of viewers were left in a state of panic after binge-watching the series, scared that their neighborhood reactors would kill them soon. Just to clarify… they won’t. 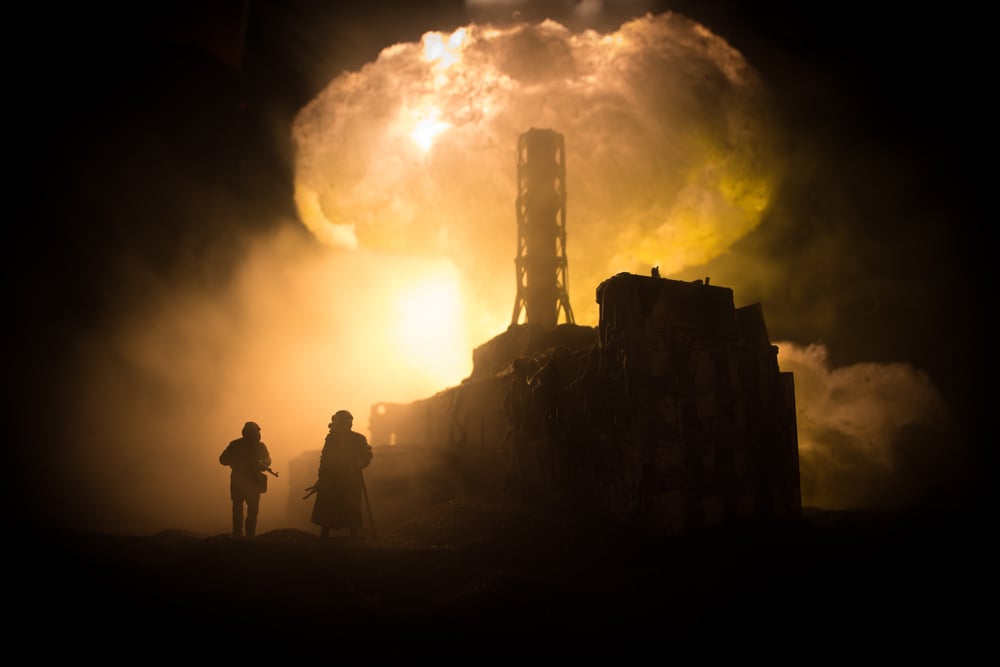 Don’t be scared into thinking this might happen to your friendly neighborhood nuclear plant. (Photo Credit : zef art/Shutterstock)

The science side of Chernobyl does suffer a bit, being simplified in some points, and blown out of proportion at others. Some parts of the show are incredibly scientifically accurate, and some fall short. With that in mind, let’s look at what technical aspects Chernobyl got right, and what it got wrong.

How dangerous is the radiation?

One Forbes article writes, “Chernobyl runs across the line into sensational in the first episode and never looks back.” This might seem at odds with what creator Craig Mazin has to say about the show. Mazin told Variety that while writing the show, he “always defaulted to the less dramatic because the things that we know for sure happened are so inherently dramatic.” However, when putting the show under some level of scrutiny, is a bit hard to believe.

The portrayal of the dangers of radiation and nuclear energy was exaggerated to a ludicrous extent in certain parts of the show.

For instance, the story of firefighter Vasily Ignatenko and his pregnant wife, Lyudmilla, is true, but the claim that Lyudmilla’s unborn child dies because of the radiation absorbed from Vasily’s body… is most certainly not. That is not how radiation poisoning works.

Radiation is not a virus that can spread through contact. Showing it in that way is preposterous, and even problematic. After Vasily has been stripped and cleaned, there is no reason that his body would hold enough radioactive contamination to cause any distress to Lyudmilla, let alone affect an unborn fetus.

Radiation is also not like a ‘bullet,’ as it is so dramatically described in the show. 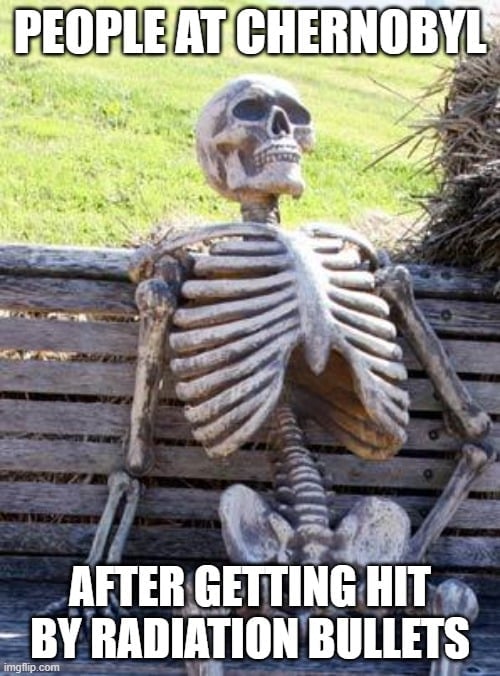 Radiation is all around us at all times… it’s not something that only comes from nuclear reactor failures. We would be unable to go about our day-to-day lives in peace if we were being shot by bullets at all times from all sides, now would we?

The series also shows workers dying instantly after being exposed to radiation…another exaggeration. It is true that first responders were diagnosed with acute radiation syndrome (ARS), and among those affected, some died, but their tragic deaths were months later. Others, most of them in fact, lived out the rest of their lives. The civilian population around Chernobyl was also not affected by ARS, as the show would have us believe.

Can an RBMK reactor explode?

A lot of fans were also left with a good amount of scientific curiosity after the series concluded. Some were intrigued by how one of the central (though not particularly liked) characters, Anatoly Dyatlov, kept insisting that an RBMK REACTOR CANNOT EXPLODE. Even when it becomes painfully obvious that it did, in fact, explode.

So… why was he so firm in his insistence? Was it just that he was terrified of admitting that the unthinkable had happened on his watch, or was the scientific reasoning behind his thought process solid? 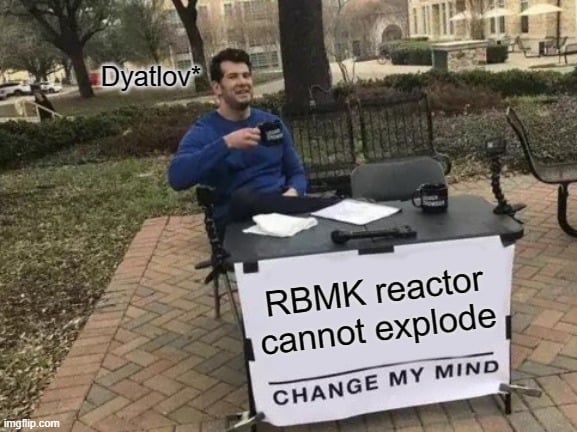 Well, he was correct in saying that an RBMK reactor cannot explode. At least, not in the way you imagine an explosion to happen. When thinking about nuclear explosions, nuclear bombs are what comes to mind. However, reactor failures work differently from the runaway chain reactions of nuclear bombs. Nuclear fuel in reactors does not have sufficiently high concentrations of fissionable Uranium to explode like a bomb.

Valery Legasov explains how the Chernobyl disaster happened in the final courtroom scene. The first part of his speech explained how the reactor works, how the different components controlling the reactions work together, and hence why Dyatlov thought an explosion was impossible.

Yet the impossible—the explosion in Chernobyl—did happen. Why? It was caused by a unique set of circumstances, which combined human error, a broken political system, misinformation, design flaws in the reactor, and to top it all off, a bit of bad luck that led to a lot of poor choices.

In other words, RBMK reactors can explode, unfortunately, but they need a lot of help to do so!

It was a tough job for the creators to delve into the complex physics behind the Chernobyl disaster, without losing the audience’s interest. Thus, they watered down some parts when explaining what happened.

RBMK (which, FYI, stands for Reaktor Bolshoy Moshchnosti Kanalniy or ‘high-power channel reactor) has the unique feature of using graphite as the moderator and water as the coolant. Using water as both coolant and as an absorber of neutrons makes the reactor have a positive void coefficient. This is that big word thrown around liberally by our man Legasov during the trial.

Basically, the two flaws in the design of RBMK reactors that allowed for the Chernobyl disaster to happen are the design of the control rods and the positive void coefficient.

The control rods weren’t actually Boron tipped with graphite, as the show says. The design is more accurately represented in this image- 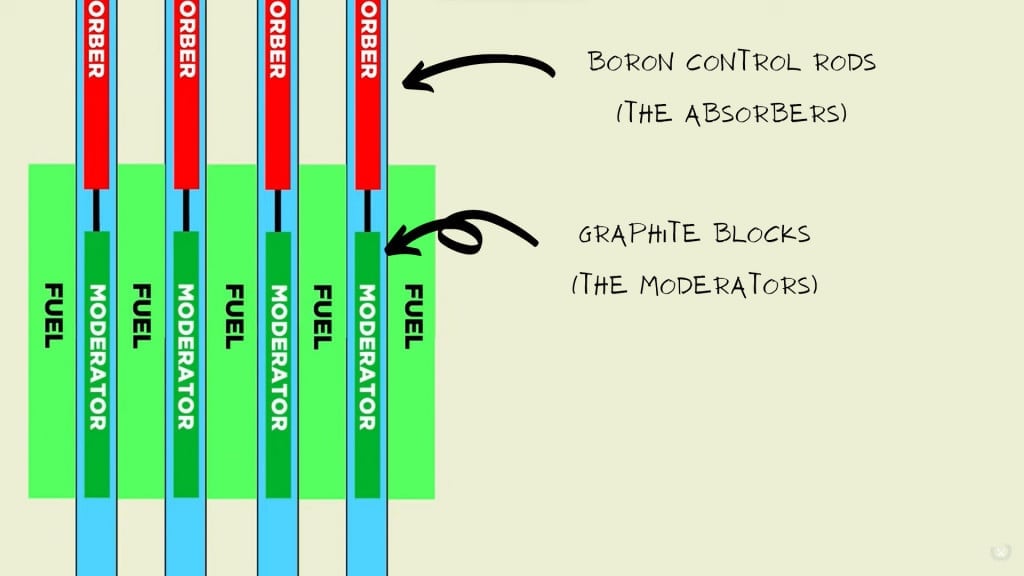 So, while taking out the control rods (which slow down the reaction), they are simultaneously putting in the moderators (which speed up the reaction). This design is ultimately what caused the final straw that led to the disaster truly going off the rails.

The chain of events is described pretty well in the show, staying true to the facts, all the while giving viewers a visceral taste of building tension and danger. The safety test happened, the reactor power got too low and was brought up too fast, and then, the now-infamous AZ-5.

As for the explosion itself, the show’s explanation simplifies things quite a bit. When the control rods were reinserted all at once and the moderators shifted, there were way too many neutrons at the base of the reactor. The reaction spiked to a level that it simply could not handle. Combined with all the other unfavorable elements in play, this created a spike in neutron flux that caused the explosion. 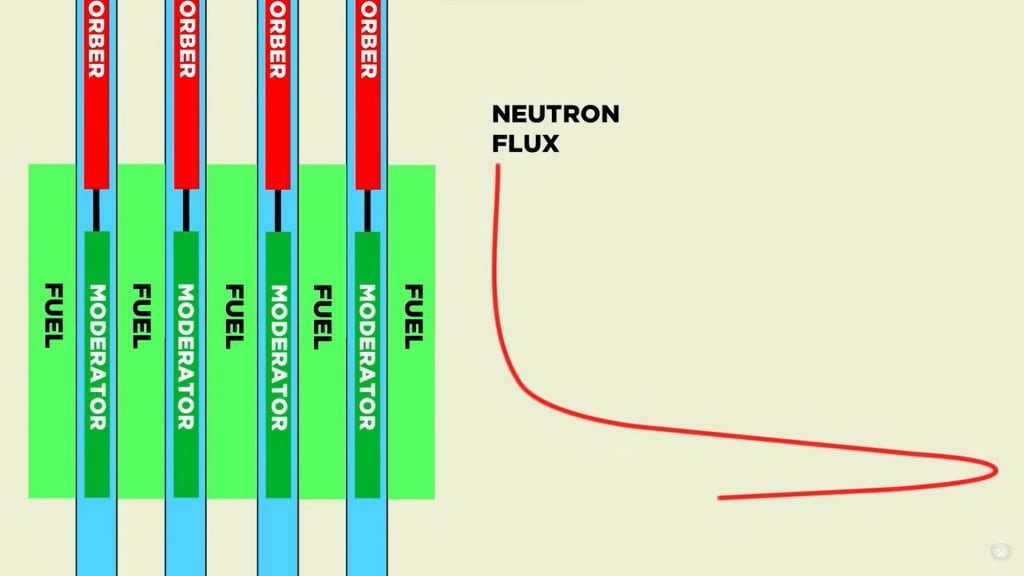 Neutron flux spike at the base (Photo Credit : vlogbrothers/Youtube)

There was nothing left at the base of the reactor to absorb neutrons and control the reactions when the control rods were being reinserted at this particular position. This is what tipped the reactor over the point of no return.

In conclusion, Chernobyl gets some things right and some things very wrong. In short, radiation does not spread like COVID-19, RBMK reactors do explode, and although the show offered a pretty great explanation for the reactor failure, there are some other technicalities behind it all, for those who are curious!

However, compared to all the sci-fi mishaps out there, the technical inconsistencies of Chernobyl can be forgiven to some extent. Although perhaps not for all of it, like the radiation stories scaring the pants off the audience. The important thing is to remember that the series is still a dramatization of real events, no matter how accurate it may be.