Home
Humans
Movies
Does Chloroform Really Knock You Out As Quickly As They Show In Movies?

Chloroform is a colorless, sweet-smelling organic compound with the IUPAC name Trichloromethane and formula CHCl3. Chloroform can daze or knock out people even when it’s consumed in small doses.

Pick any famous crime thriller, investigation or espionage movie, and chances are good that you’ll find the following scene unfolding in one way or another at some point:

A villain sneaks up surreptitiously behind their target and places a rag over their mouth; after a few moments, the victim goes weak in the knees and loses consciousness.

If you’re more interested in the chemistry, rather than the action of the scene mentioned above, then this question must have popped up in your head at some point: does chloroform (the liquid that they soak the rag in) really knock one out that quickly?

Chloroform is a colorless, sweet-smelling organic compound with the IUPAC name Trichloromethane and formula CHCl3. It is a dense liquid with a tetrahedral molecular geometry with C3 symmetry. The structural formula of chloroform is given below: 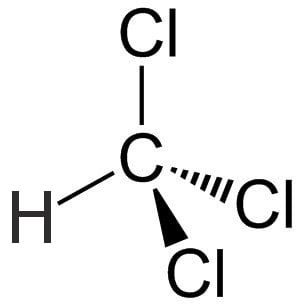 As mentioned earlier, chloroform is a highly volatile liquid that has been widely used for its anesthetic properties throughout history. Due to such properties, it has a reputation for being able to daze or knock out people even when it’s consumed in small doses.

In chemistry jargon, it’s liquid trichloromethane. It is prepared on an industrial scale by heating a mixture of chlorine and either chloromethane or methane (Chemistry enthusiasts, that was for you!)

Chloroform as an Anesthetic

Chloroform was first used as an anesthetic in the year 1847 by an obstetrician named James Young Simpson; he actually used it on two humans as a means of entertainment.

A few days later, it was successfully used in a dental procedure in Edinburgh with no noticeable harmful repercussions. Soon, its popularity as an anesthetic grew by leaps and bounds, to such an extent that it was even used during the birth of the last two children of Queen Victoria in the 1850s. However, its golden age started to lose its mileage, as it was gradually replaced by ether (which seemed to be much safer than chloroform with practically no side effects).

What does Chloroform do?

Chloroform is well-known for its anesthetic properties. If consumed in mild doses, it can daze or knock out the recipient, whereas when consumed in high concentrations, it has the potential to kill the subject.

How chloroform works as an anesthetic is still a mystery. One theory floating around is chloroform disrupts cell functioning by dissolving in the cell membrane. Chloroform easily dissolves in non-polar liquids, like fats. The cell membrane is made of fats, and is highly susceptible to external disturbances.

There is s some evidence that chloroform directly impacts the central nervous system along with the liver and kidneys; in high doses, it can even produce respiratory center depression and coma. (Source)

Chloroform’s effects on the human body hugely depend on its dosage and the method of administration. According to Wisconsin Department of Health Services, “immediately or shortly after exposure to a level of 100 ppm (100,000 ppbv) of chloroform in the air, a person may feel tired, dizzy, and have a headache.”

Although most of us associate chloroform with ‘a liquid soaked in a rag that knocks people out’, its effects on the human body can be far more complex, and if not carefully monitored, chloroform can even be fatal.

The effects of chloroform exposure on a human increase proportionally along with its dosage. While in small amounts, chloroform can make you feel lethargic and disoriented, as the dosage increases, you can quickly become unconscious and feel no pain or any sensation. In more severe dosages, it can cause strained breathing, complete muscle relaxation, and paralysis of the chest muscles (which is often fatal).

How long does it take for Chloroform to knock you out?

While the right dose of chloroform soaked in a rag can definitely knock you unconscious, it would take much longer than what they show in movies (you wouldn’t drop unconscious just by taking a whiff!). Even with a perfectly measured dose, it would take at least 5 minutes to render someone unconscious.

Chloroform is a volatile liquid, so it loses its effectiveness rapidly when it comes in contact with air. Therefore, the “villain holding a chloroform-soaked rag in his hand while waiting for the victim to appear” is not a plausible scenario, as the chloroform in the rag would have long lost its effectiveness by the time it was actually pressed against the victim’s nose. Therefore… Can we drink Chloroform? Can it kill?

Looking at the way its usage is portrayed in movies and TV, you might think that it’s just another anesthetic liquid that’s harmless to the victim. However, that is absolutely false. Chloroform can be very dangerous, to the point of being fatal to the victim if an inappropriate dose is administered or if the chloroform-soaked rag is placed too firmly against their face. The victim may have trouble breathing and suffocate, leading to deadly consequences.

Chloroform, when ingested in the body is converted to a chemical called phosgene. Phosgene is toxic for cells. Using too much chloroform could cause cells to die.

There’s a reason they don’t use chloroform as an anesthetic today because it’s a challenging task to determine the right dosage that would render a person unconscious without impinging on other vital nerve functions. So drinking it in even small quantites could prove to be fatal.

The short URL of the present article is: http://sciabc.us/Idya1
Help us make this article better
Prev Article Next Article
About the Author: 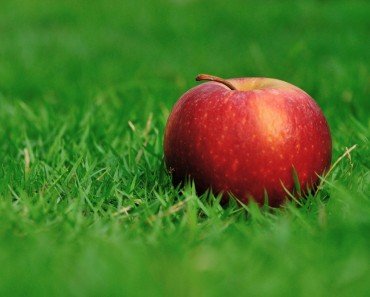