The stomach is a very effective barrier against most pathogens. It has a highly acidic pH, which kills most of the pathogens that we ingest. However, some pathogens can survive by taking shelter in food particles or by forming cysts. The stomach also has a normal microflora of less than 10 viable microbes per milliliter of gastric fluid.

Our stomach is very effective at killing germs, or pathogens. It has a highly acidic pH, approximately 1-2 (1 is highly acidic, 7 is neutral, and 14 is very basic). This efficiently kills almost all pathogens that we ingest before they can reach our intestines. Our intestines have an alkaline medium, which is very conducive for the growth of these microbes. Clearly, the stomach does more than just digest our food. However, this brings me to my next question – if it kills pathogens, why do we experience stomach infections? Conversely, if it doesn’t kill all pathogens, how do the surviving germs endure the acidic pH of our stomach? 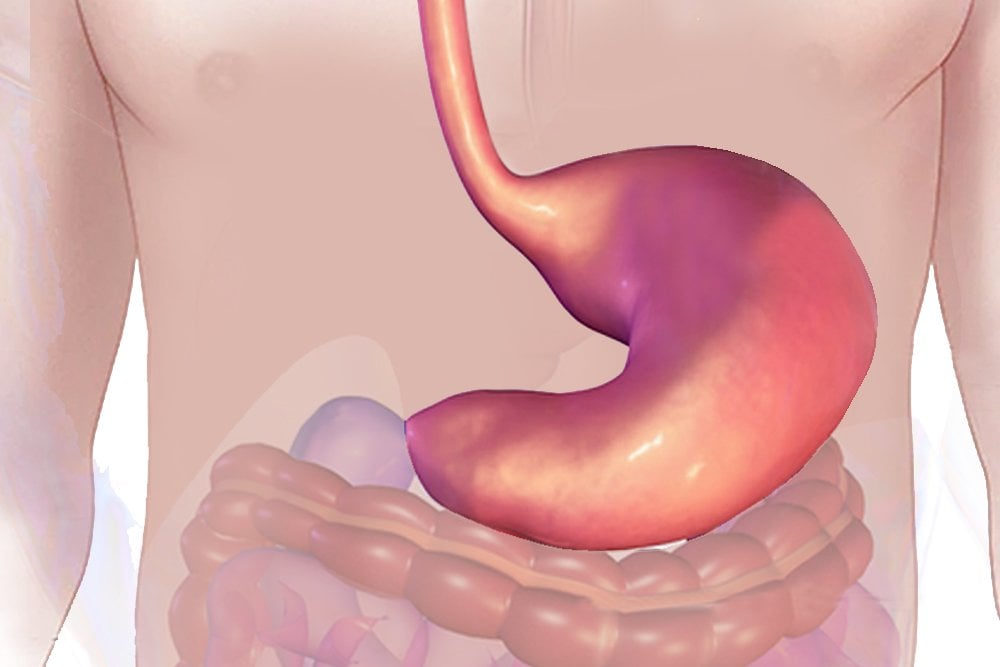 Is The Stomach Sterile?

For a long time, the stomach was considered sterile, due to the gastric juices and proteolytic enzymes that it produced. It was believed that the low pH of 1-2 made it impossible for any microbe to survive. This made the contents of the stomach safe enough to pass into the intestine, which is very conducive for the growth of these germs. However, with the discovery of the presence of a certain organism in the stomach, this myth was busted. This organism was Helicobacter pylori, which is the common causative agent of peptic ulcers.

It was initially believed that ulcers were caused by the acid itself, namely that the acid degenerated the mucus lining. Therefore, medicines were given to reduce the acidity. However, with the discovery of the colonization of H. pylori, there was a major paradigm shift in this line of thinking.

Studying the organisms present in the stomach is not very easy. It can only be done by invasive methods, like endoscopy. However, it has been determined that although minimal in number, the stomach does have some microbes that are present and can survive the acidic environment. 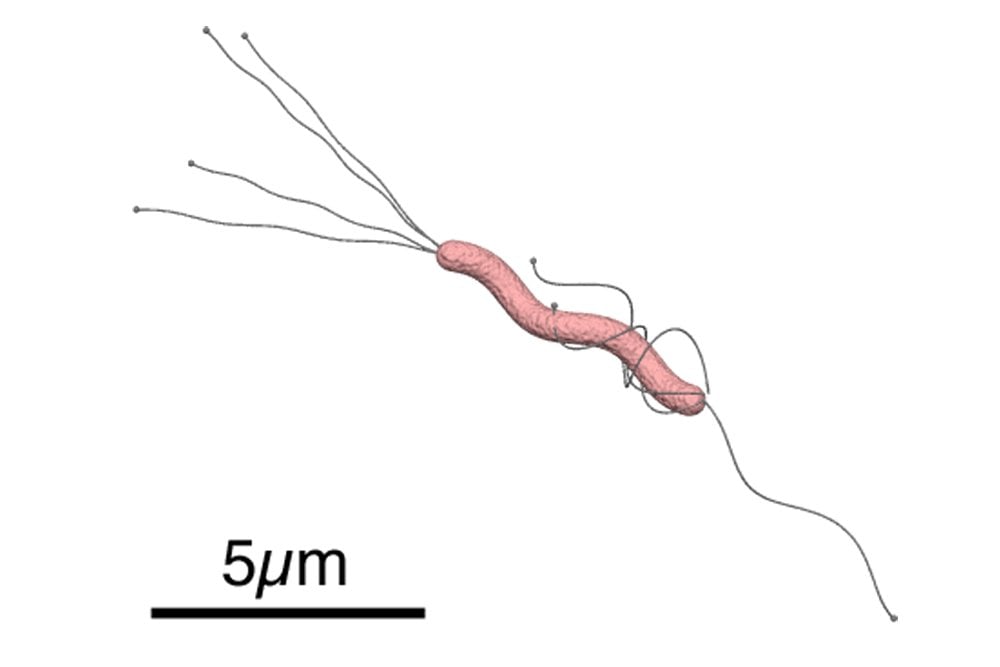 How Do The Microbes Survive?

Apart from Helicobacter pylori, no other organism has been studied extensively enough to get a clear idea of how they survive in the acidic conditions of our stomach. However, a few possible methods have been identified.

Also Read: If The Stomach Adds Acid To Digest Food, Why Isn’t Our Poop Acidic?

Certain organisms can escape the harmful effects of the gastric juices by taking shelter in food particles. Food rich in proteins is especially good to hide the pathogens, thus giving them free passage through the stomach. Scientists are not completely sure why protein-rich foods can help the germs pass through, but there has been ample evidence to support this fact. Some studies have shown how food items like meat are more efficient at protecting pathogens than items like rice!

Another possible way that these pathogens escape the gastric juices is through the formation of cysts. Microbial cysts are structures that are basically the resting stages of microbes. They are dormant and very hardy, i.e., they can survive in unfavorable conditions, thus ensuring the longevity of the microbe. The cysts of some pathogens can even endure the harsh acidic conditions of our stomach and pass safely into the intestine. Here, they convert into their reproductive form and start colonizing the intestine. 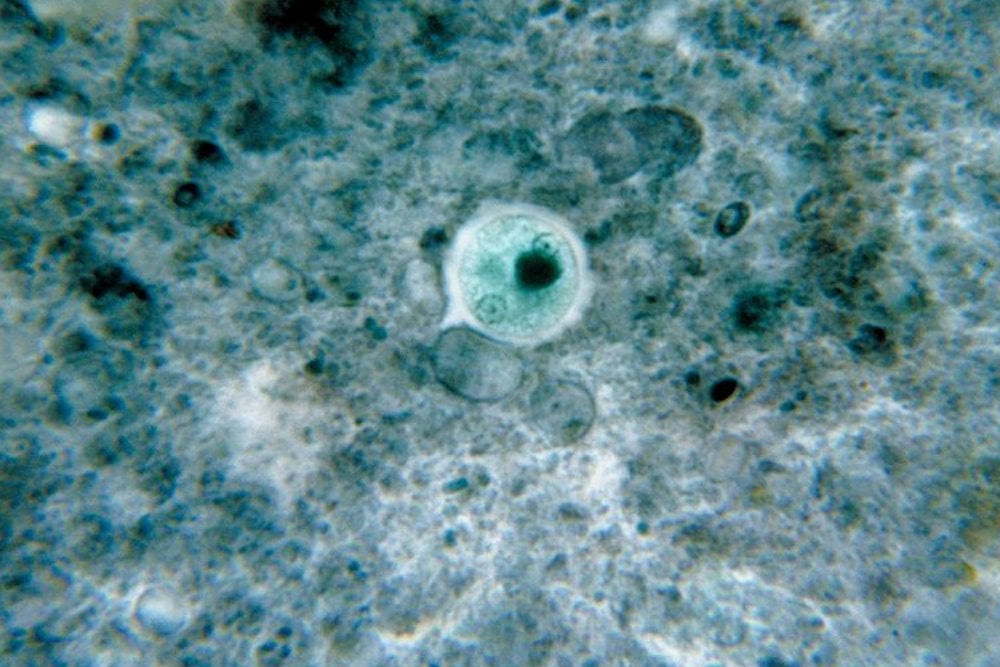 There are also certain microorganisms that can actually manage to survive in the acidic pH, like mycobacterium. This species has a cell wall that is neither truly gram positive nor gram negative. Due to their cell wall, they are resistant to extremely acidic and alkaline environments. In fact, a large number of people are infected with Mycobacterium tuberculosis without even realizing it or showing any symptoms.

The microbe Helicobacter pylori also has another important aspect that helps it survive. It secretes urease, which maintains a neutral environment around the organism. This helps it survive in the stomach and gives it a major advantage.

Also Read: How Do Gut Bacteria Compete With Each Other To Stay In The Gut?

Can All Microbes Survive?

There are ways devised by certain organisms to beat the harsh environment of our stomach, but this doesn’t mean that all pathogens can pass through. The stomach still remains one of the major barriers to the passage of most pathogens. In fact, the normal microflora of the stomach consists of less than 10 viable microbes per milliliter of the gastric fluid.

There are certain conditions that make it easier for pathogens to survive and thrive, like the consumption of antacids, or infection by H. pylori. However, these are not a regular occurrence, and the stomach is still a major hindrance to pathogens.