If you own an automobile and happen to frequent gas stations (petrol pumps) quite often, you have almost certainly come across warning signs in those particular spots. Aside from prohibiting smoking, these bills often advise you to keep your cellphones switched off, and some may even suggest that the use of cellphones can cause an explosion at the gas station.

Is there any truth in that? Can using a cellphone at a gas station cause an explosion?

Why are we told to switch off cellphones at a gas station?

In order to figure out if using cellphones at a gas station is dangerous or not, it’s important that we first understand the reason behind this omnipresent warning.

Although this may seem like a silly question to start with, it’s important, so… what is a cellphone exactly?

A cellphones is a wireless tool that keeps you connected to the entire world, but how does it do that, you may ask? It’s such a cute little device, but as they say, appearances can be deceiving. Under their thin external skin, cellphones contain a myriad of tiny electronic components that help them communicate with network towers wirelessly.

Even though there are no wires involved, there is still an exchange of information between your cellphone and the network tower? How does that happen?

The two-way communication between your phone and the network tower takes place through electromagnetic waves – invisible waves that race to the network tower and return to your phone in seconds! These waves have energy values in the range of 1.24 Megaelectron-Volts to 12.4 Peta-electronvolts. It is assumed that this electromagnetic radiation is a cause of concern; because they carry so much energy, they may cause sparks and consequently ignite gas, which could cause monumental damage in a place like a gas station!

Can cellphones really cause explosions at a gas station? 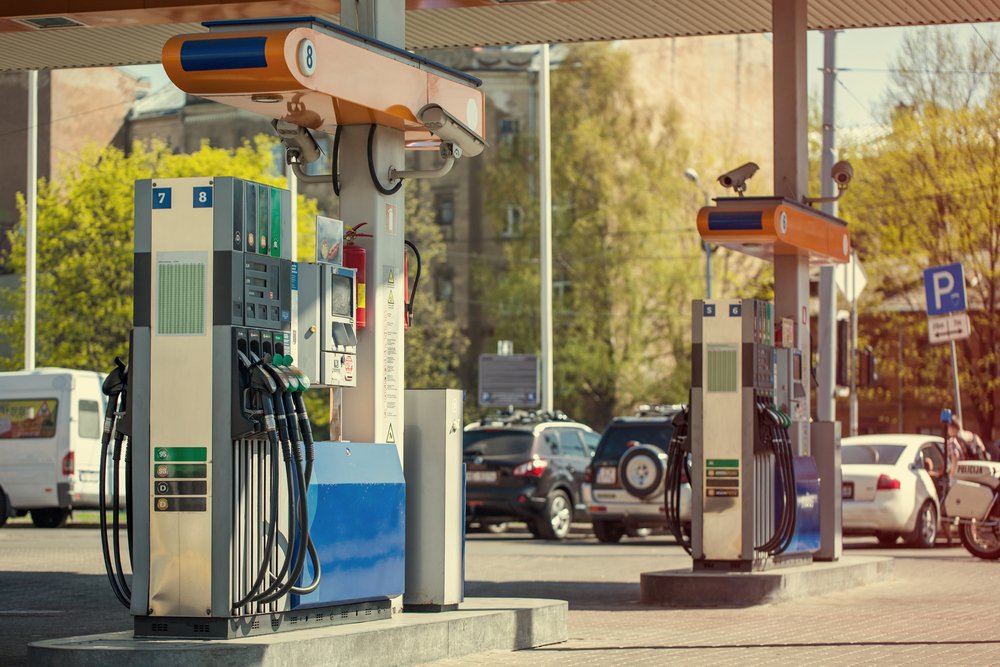 As far as science is concerned, there is no documented connection between explosions at gas stations and the use of cellphones. In fact, according to a study carried out at gas stations all over the world between 1994 and 2005, in all the cases of gas station fires, none were related to cellphones. Mobile phones have low-voltage batteries that are not ‘potent’ enough to ignite a spark at a gas station.

A Word of Caution

Using a cellphone at a gas station, even if it doesn’t cause a fire, is still not a healthy practice. You may not realize it, but using your phone (talking, texting, or merely skimming through notifications) may distract you and potentially cause accidents, such as being hit by another vehicle or running over pedestrians etc.

It may not seem like it, but putting gas in your vehicle is an important task that requires your undivided attention. Therefore, it’s in your own best interest that you put your phone away for a few moments and keep yourself safe from any nasty accidents.