Have you ever looked at yourself in the mirror and wondered, “Why do humans have 2 eyes and 2 ears, but only 1 mouth and 1 nose?”

This strange characteristic of humans does not only apply to the body parts seen externally, but is also true with many internal organs as well. For example, we have a pair of kidneys and a pair of lungs, but only 1 brain and 1 heart. Is this some joke that our Creator played on us? Or is there some reason behind this bias towards certain organs?

Life has loved symmetry since the beginning of life itself. Living creatures can be classified according to symmetries as asymmetrical (like porifera or sponges), radial (starfish), and bilateral.

Around 500 million years ago (a long, long time ago) there existed one particularly special organism. It was a flatworm and its name was acoel. This was the first organism, as far as we know, that was bilaterally symmetrical.

What is Bilaterally Symmetrical?

If a line is drawn along the centre of the body of an organism and the parts on both the sides of the line seem to be like mirror images (or close to that), then it is said that that organism is bilaterally symmetrical.

For example, if you were to draw a line on a human’s body precisely through the center, then you would see that the body would be equally divided into two equal parts. Therefore, humans are bilaterally symmetrical. Some other organisms that show this property are birds, fish, most primates, and so on.

Why is Bilateral Symmetry So Common?

The exact reason, unfortunately, is unknown, but nature tends to make things neatly through evolution. Nevertheless, there are a few hypotheses that present the probable reason why this form is so common. According to one of them, it is believed that such organisms can move about more easily as appendages on both sides of the body support better mobility. Another reason associated with this is that it’s possible that this type of symmetry supports a central nervous system with a spinal cord running through the center of the body.

Whatever the reason, since bilaterally symmetrical organisms have been around for more than 500 million years, it can be safely assumed that there must have a very good reason to continue in this pattern, even after many waves of evolutionary changes in the human body.

Why Do We Have Pairs of Some Organs? 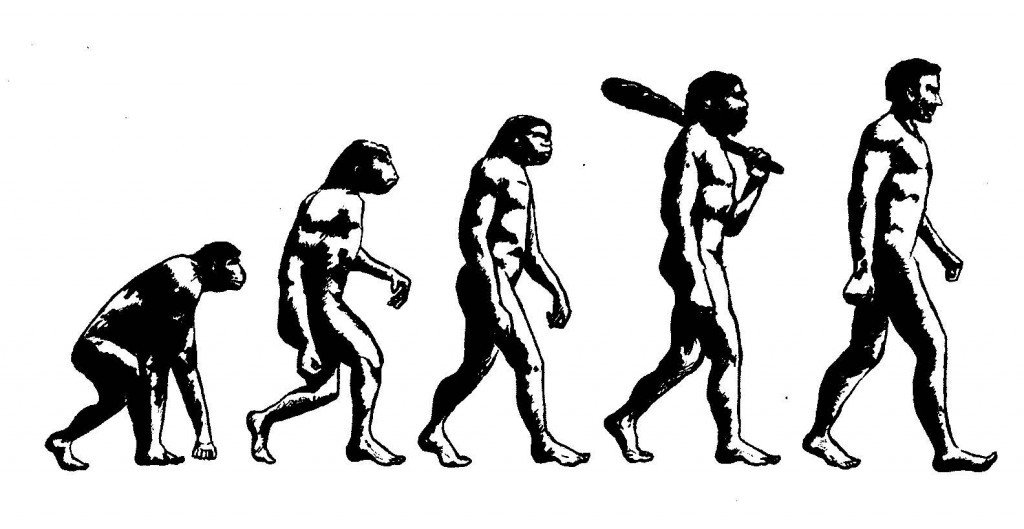 The way we evolved

Scientists believe (as do we) that having pairs of organs is not just a sign of redundancy. In other words, having a pair does not mean that the body is keeping a ‘spare’. In fact, almost every organ pair is equally important to proper functioning of the body.

For instance, we have a pair of eyes. Obviously, we can see with one eye too, but it’s the presence of the other eye that provide us with a sense of depth. This property helps creatures like frogs and chameleons focus on and attack prey, and are better able to deal with predators. In our case, what would the world be like if we could never sense ‘depth’. With both eyes, we are able to continuously see a 3D movie without the need for special glasses. And that is just one small example of these pair benefits!

Now, let’s talk about kidneys. You’ve surely heard of kidney donations, wherein a person donates one of their kidneys to someone else. Does that affect the donor? Yes, it does, but not immediately.

A study in the journal Nephrology, Dialysis, Transplantation looked at how people fared after they had one of their kidneys removed. It was found that there was not much effect for the next 16 years, but after a period of 24 years, subjects began to experience some adverse effects.

Does That Mean I’d Be Super Energetic or Smart if I Had Two Hearts or Brains?

The human body is biologically evolved in such a way that it makes the most out of whatever resources it is equipped with. In other words, since we have a pair of hands, our body functions at its optimum level with two hands at its disposal.

However, a person who has had multiple amputations can also live a perfectly functional life.

This is because the body re-organizes the functions of the rest of our body parts to be in sync with only one hand, rather than a pair. This is probably the reason why people with amputations develop unusual strength in their other hand.

Since the body already functions at 100%, it wouldn’t make much of a difference if we had two brains. One physiologist, Bruce Martin, a colleague of Dr. Neff’s at Indiana University, says that “The brain is already getting more than enough blood to it, so it wouldn’t function at a higher level.”

Interestingly, the case of the heart is different. As a fetus, we actually have two hearts, which develop and fuse together to become one heart. Furthermore, the heart is usually near the middle of the chest, which actually makes the body even more symmetrical.

Theoretically speaking, it is possible to have two hearts, and if we could figure out how to harness maximum power from both, then we would become super humans.

Who knows, maybe the next big-screen superhero will be Heart-Man… Stranger things have happened!