Ozone is created when UV rays from the sun split apart regular oxygen molecules (O2), and one of the stray oxygen atoms attaches itself to an intact O2 molecule. The part of the atmosphere where ozone molecules are relatively more common is generally referred to as the ozone layer. An ozone molecule contains three atoms, whereas an oxygen molecule contains two. Ozone is very, very unstable, which makes it extremely reactive, and it rapidly reacts with other elements in its vicinity.

You have probably heard about ozone in discussions regarding global warming or climate change, specifically how there’s a ‘hole’ in the ozone layer of the atmosphere. For the uninitiated, ozone is a gas that consists of three atoms of oxygen stuck together (thus bearing the chemical formula O3). It is a pale blue gas with a pungent smell, and is found in small quantities in our atmosphere. Its highest concentration is found in the ozone layer of the atmosphere, which absorbs most of the harmful ultraviolet rays emitted by the sun.

As mentioned above, ozone is formed when 3 atoms of oxygen come together and join to form a molecule. On the other hand, oxygen gas exists in the atmosphere in its diatomic form, i.e., it consists of 2 oxygen atoms stuck together.

Now, applying some crude logic, it would seem that ozone gas should be heavier than diatomic oxygen, as the former consists of 3 oxygen atoms, while the latter consists of only two. As such, ozone should weigh more than oxygen and should therefore be closer to the ground. However, as you may know, it’s not like that. In reality, ozone is found in the upper layers of the atmosphere, but is infrequently found much closer to the ground.

In order to understand that, we need to first understand how ozone is formed.

The Formation Of Ozone

The atmosphere, which envelops our entire planet and shields us from all sorts of bad stuff from outer space, is actually just a collection of gases. You may also know that the atmosphere has various layers, all of which serve one purpose or another and ultimately contribute toward making our lives easier.

The different layers of the atmosphere.(Photo Credit : Vadim Sadovski / Shutterstock)

The most abundant gas in the atmosphere is nitrogen; it accounts for a whopping 78% of the atmosphere. In the second spot is the gas that ensures that there is life on Earth – oxygen.

Also Read: Is The Hole In The Ozone Layer Healing Itself?

Regular oxygen molecules, which science nerds refer to as O2, are made up of two oxygen atoms stuck together. These molecules are plentiful in the atmosphere. UV rays from the sun shoot in from space and split such molecules into two separate oxygen atoms. One of those stray oxygen atoms attaches itself to an intact O2 molecule, and voila! You’ve got yourself an O3 molecule, which is commonly referred to as an ozone molecule. 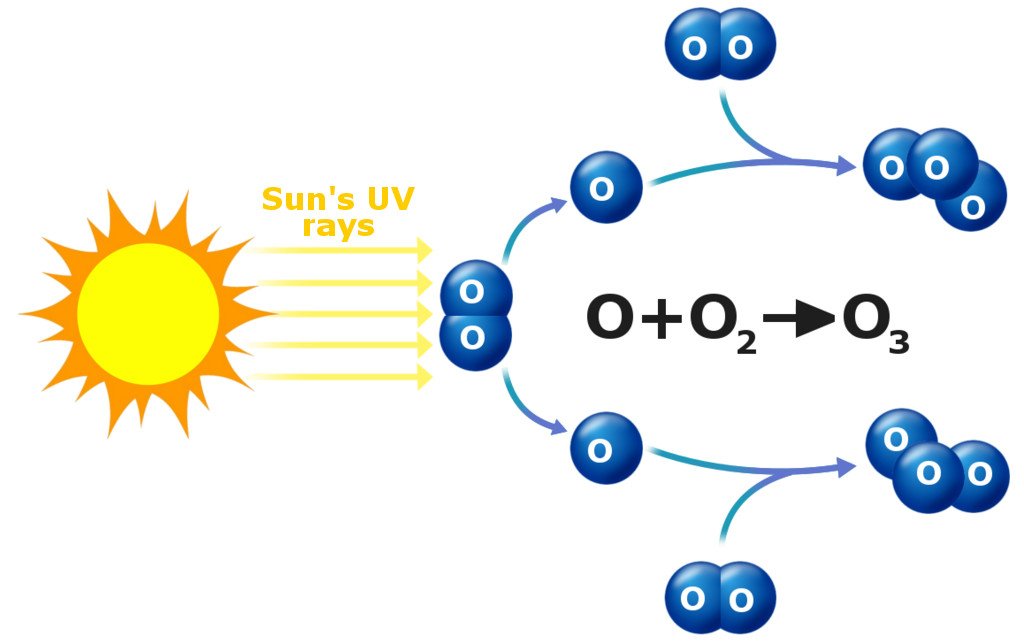 The part of the atmosphere (stratosphere) where ozone molecules are relatively more common is generally referred to as the ozone layer. It’s largely responsible for partially blocking all that harmful UV radiation from the sun.

Note that this is the good kind of ozone. Yes… there also exists a bad type of ozone (the one that’s found in the troposphere and contributes to lung damage in humans).

Why Is Ozone Not (Commonly) Found Near The Ground?

Well, actually, it’s found near the ground too.

In fact, there are ozone molecules around us right now (fun fact: you can even smell ozone; the smell of electric sparks is actually a bunch of ozone molecules!). However, their concentration is incredibly small.

The thing about ozone is that it is very, very unstable, which makes it extremely reactive. As such, it rapidly reacts with other elements in its vicinity. Thus, you are most likely to find a high concentration of ozone molecules where ozone is actually being created.

Also Read: Why Is Ozone Depletion The Worst Over Antarctica? 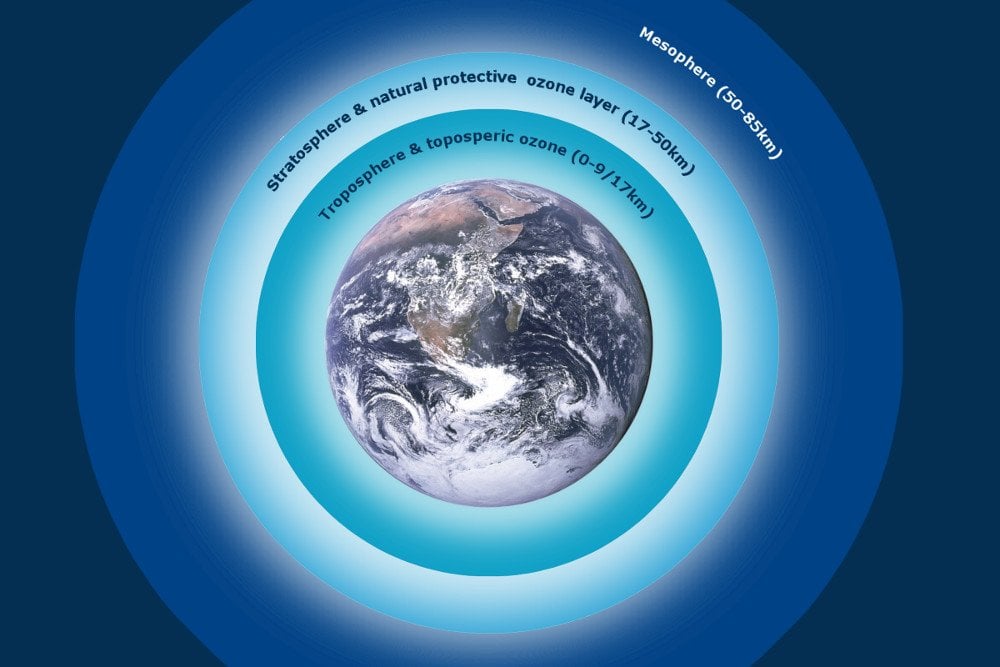 Ozone is created constantly due to the short-length UV rays of the sun.

Up in the higher reaches of the atmosphere, ozone is constantly being created due to all that sunlight constantly slamming into oxygen molecules and breaking them apart. That’s why the ozone concentration is higher up there than it is back on Earth.