Red hair is the result of a mutation in the MC1R gene. This mutation is thought to be an evolutionary adaptation to the cold, dark climates of the North. Those with red hair do not react well to prolonged exposure to sunlight.

What do Prince Harry and Ed Sheeran have in common? They are both very famous and British? Well yes, but they’re also redheads. 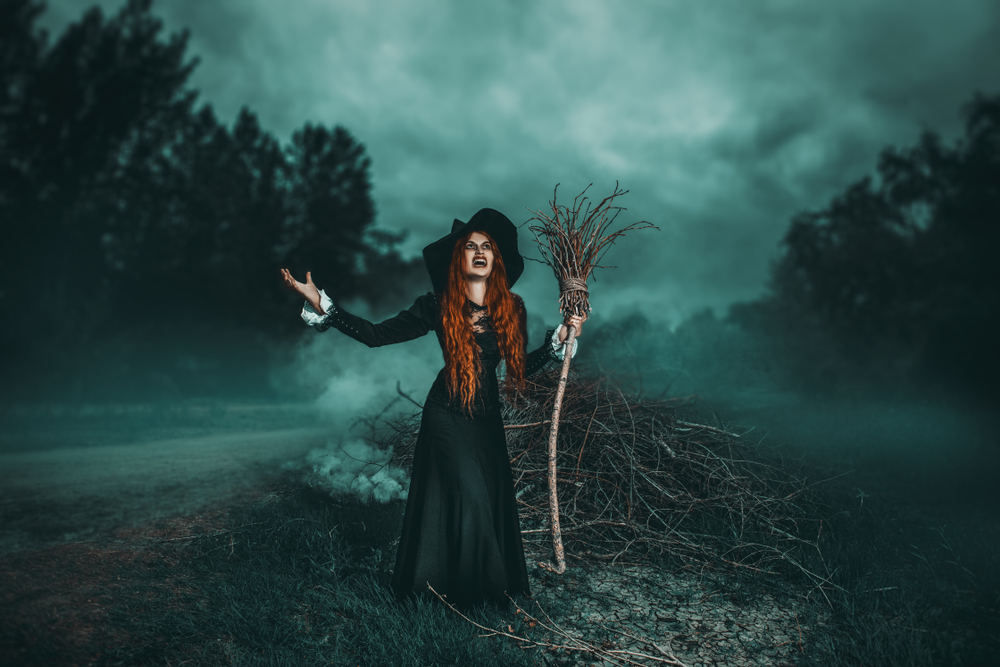 From turning into a vampire after death to being an unlucky, soulless creature, redheads have endured a barrage of preposterous beliefs throughout history. Fortunately, times have changed, and with scientific studies behind the causes of red hair, no one is hunting for redheads to be burnt at the stake.

Melanin And Its Role In Hair Color

From dark to light, the shade of skin and hair depends on a substance known as melanin. The visible color of the hair is a result of the pigment released by specialized cells known as melanocytes. They are present within the hair bulb and inside the hair matrix. 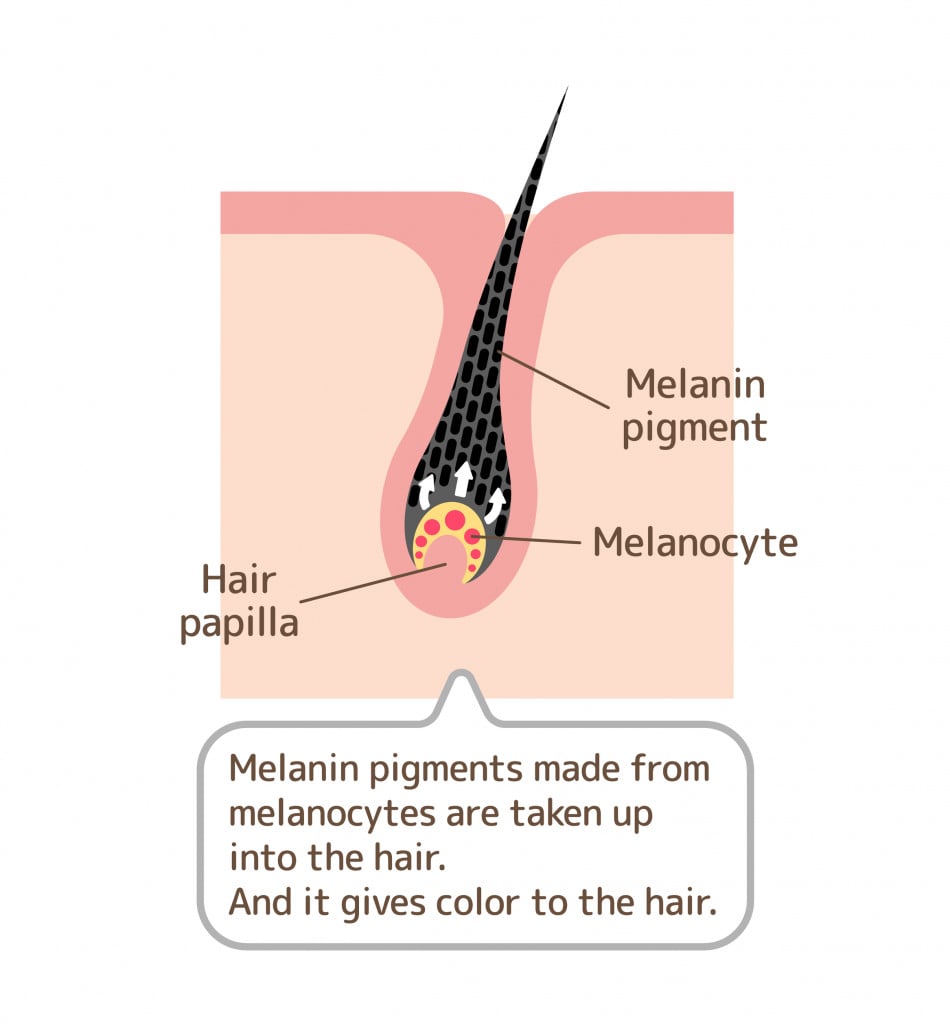 Melanocytes are present at the base of hair inside the hair matrix (Photo Credit :Barks/Shutterstock)

The melanocytes release two types of melanin pigment that give hair its color: eumelanin and pheomelanin.

But why do redheads have so much pheomelanin? To put it simply, the answer lies in their genetics.

The presence or absence of the color pigment is not an arbitrary occurrence. Instead, one gene decides which melanin pigment is released in what amount.

The MC1R gene found on chromosome 16 plays a critical role in the process of melanin synthesis by melanocytes. The MC1R gene provides instruction for the formation of a protein known as the melanocortin 1 receptor, which are present on the surface of melanocytes.

The type of melanin pigments you get (and display to the world) is decided by these receptors.

The Melanocortin 1 receptor is a type of receptor. Receptors act as an inbox for information coming in. A signaling molecule (which could be any chemical) binds to the receptor, which triggers a cascade of effects in the cell with the receptor. These effects can range from producing a new protein or inhibiting a certain function to passing along a signal. (Source)

Various hormones bind to and activate the MC1 receptor.

When the MC1R gene is activated, the cell will have more MC1 receptors, which will cause your melanocytes to produce more eumelanin and give you a darker hair  color.

On the other hand, deactivating or inhibiting the MC1R gene will have quite the opposite effect. Your melanocytes will have fewer or no MC1 receptors, which will cause an increase in the production of pheomelanin, meaning that you’ll end up with a fair complexion and red-orange hair.

Redheads have a mutated version of the very same gene that causes the gene to make faulty or no MC1 receptors. This is called a loss-of-function mutation and leads to the increased production of pheomelanin.

It is a popular notion that the sun is a troublesome adversary for redheads. Many may think this is just another old wives’ tale, but sadly, it’s true.

Melanin acts as a natural sunscreen. Eumelanin absorbs UV rays, while acting as an antioxidant and free radical scavenger. Due to this, it makes sense from an evolutionary standpoint for people living near the equator to have dark skin and hair. 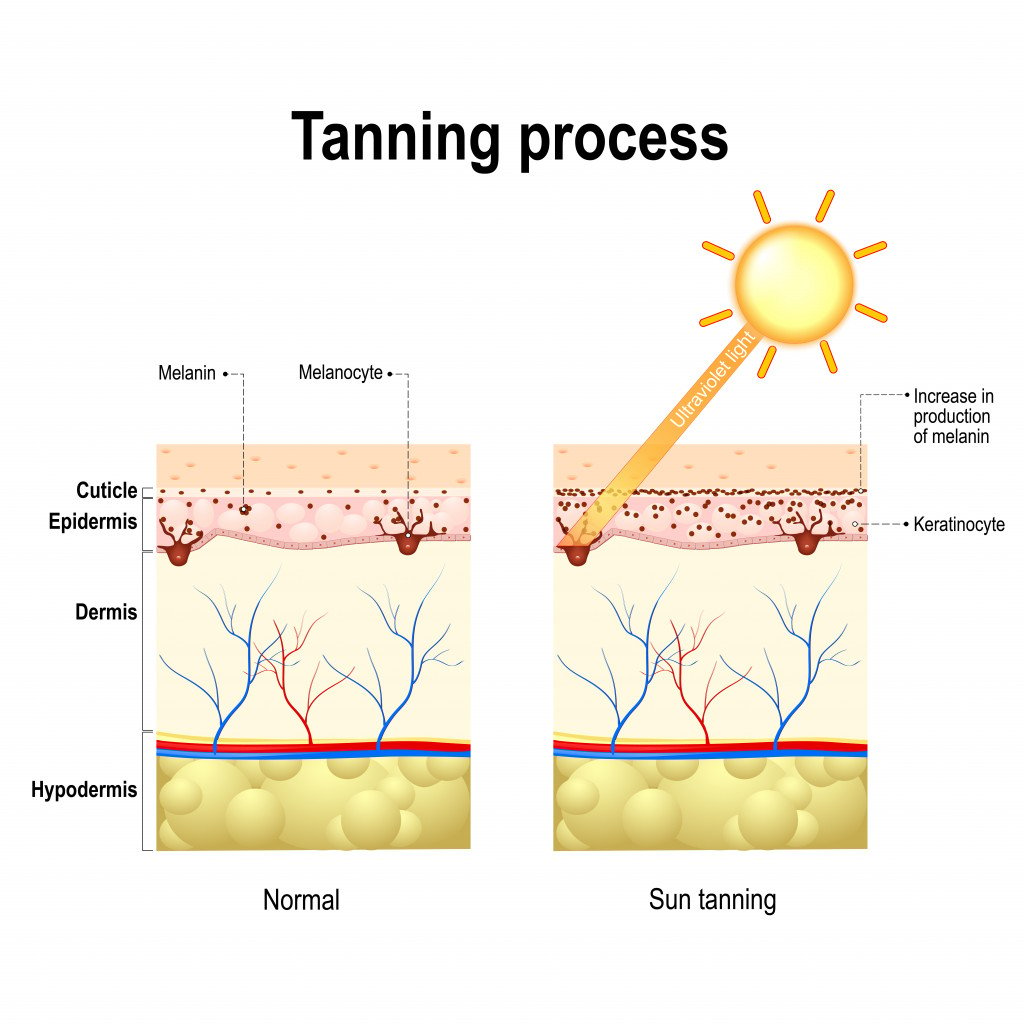 However, a majority of the pheomelanin-rich population live in the northern hemisphere, where the sun is not as harsh as in the equatorial region. Because the population does not face the wrath of the burning rays of the sun, their body doesn’t require a large amount of eumelanin pigment.

The MC1R mutation is thought to be an evolutionary adaptation to the cold, dark climates of the North. Subsequently, those with red hair do not react well to prolonged exposure to sunlight. Pheomelanin is not as efficient as eumelanin in protecting the skin against UV radiation from the sun. Thus, redheads are prone to the risks of sunburn and skin cancer.

A study suggests that redheads are resistant to the effects of analgesics, such as subcutaneous lidocaine, and are also more sensitive to pain from cold or heat.

Another study associates redheads with high pain sensitivity, Parkinson’s disease, decreased platelet function and possible defects in the immune system. The study further adds that women incurred more downsides and fewer benefits from having red hair than women with any other hair color.

However, more studies are required to make any definitive conclusions about the relation between red hair and associated disorders.

Guess it’s still not easy being a redhead!