Cigarettes are designed to be fast-smoking, due to the quality and density of the tobacco, whereas cigars are intentionally rolled for a slow-burning experience.

For those readers who are cigarette smokers, you likely know the feeling… the sensation of finishing your final few drags of the last cigarette in your pack. There is no doubt that cigarettes have a laundry list of potential health risks, and this article is in no way advocating for cigarette smoking, but long-time smokers often lament how quickly their cigarettes burn after only a few minutes and a handful of drags.

On the other hand, if you’ve ever smoked a cigar, you may have caught yourself wondering just how long the darn things can last, as some cigars may take two hours or more to smoke! Now, if these two smokeable items are both made primarily of tobacco, why is there such a difference in how fast they burn?

The Art of the Cigar

If you know anything about cigars, or perhaps even consider yourself a connoisseur, you understand some of the craftsmanship, care and intention that goes into the rolling of a fine cigar. Cigars are made entirely from tobacco leaves, often with wild and exotic blends that each contain a distinct aroma. These fresh tobacco leaves are rolled at a particular humidity level—between 12-15%—which protects and maintains the essential oils that give a cigar its remarkable flavor. 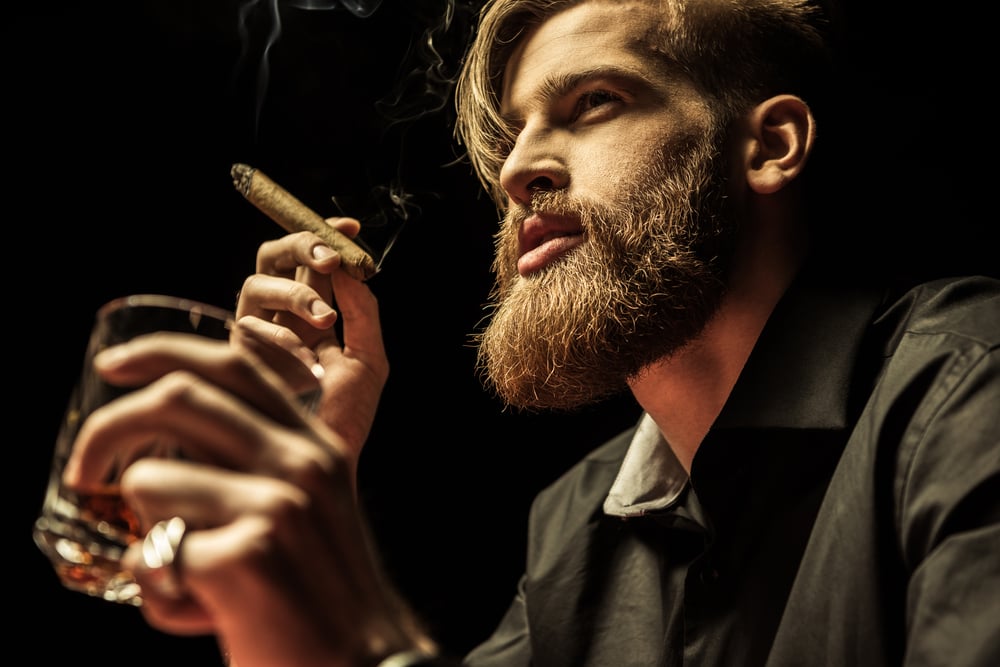 Cigars are made around the world, but the major producers are Cuba, Honduras, Brazil, Mexico, Ecuador, Nicaragua and the Dominican Republic. Cigar production flourishes in these places for many reasons, whether they have excellent soil for tobacco production, long traditions of cigar-rolling, a perfect climate, or some combination of all three! Some of these locales are legendary for the quality of their cigars (and their price!) because of how much time and effort goes into production.

Many top-level cigars are hand-rolled, using only the finest and freshest leaves for the filler and the wrapper. The tobacco is very evenly and densely packed, ensuring a slow burn due to low oxygen flow through the body of the cigar. Cigars are very sensitive to changes in humidity and temperature, so a cigar that is left out in the hot sun may dry out in a matter of hours. For this reason, serious cigar smokers store their stogies in humidors, to ensure ongoing freshness and the best possible taste to their cigars.

A good cigar should be slightly damp—about 12-15% humidity, again—when smoked for ultimate freshness and flavor, as well as a slow burn. This built-in humidity ensures that the tobacco burns at a controlled rate. As mentioned above, depending on the size of the cigar, the density of the tobacco and the strength of your lungs, a good cigar should last between 30 minutes to 2 hours!

The Industry of the Cigarette

Although cigarettes are also made from tobacco—apart from some very elite brands—few would call cigarette production anything close to an art. While the history of smoking plants dates back nearly 5,000 years, cigarette smoking entered its heyday in the 20th century, once industrialized agriculture allowed for the mass production of tobacco. At that point, the cigarette industry took off, peaking in the mid-1960s, when roughly 40% of adults smoked cigarettes in the United States.

For at least the past century, the cigarette industry has been about cheap production, manipulative advertising, dangerous and addictive additives, and high profit margins. The very nature of cigarette manufacturers—churning out billions of cigarettes every year—should indicate a clear difference in attention to detail and quality between cigarettes and cigars. The tobacco that is used in cigarettes is also of much lower quality, and is often not fresh, particularly by the time it reaches the consumer. 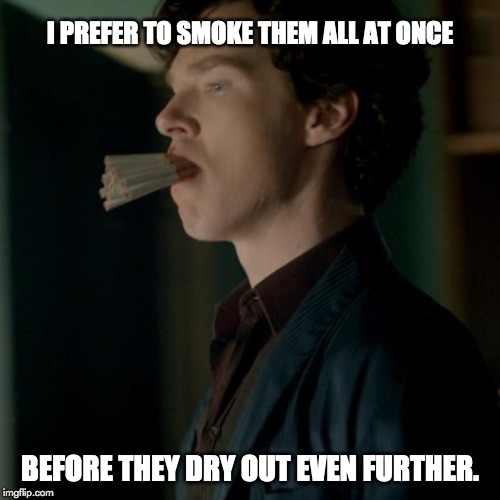 Cigarettes are also loosely rolled, in comparison to cigars, which is why so many people “pack” their cigarette packs. This is the process of repeatedly hitting the pack of cigarettes against the palm of your hand (top-down) in order to compress the tobacco further into the cigarette. When you “pack” your cigarettes, it increases the density of the tobacco in the wrapper, which allows less air to get in between the individual pieces of tobacco. For those with a basic understanding of how things burn, reducing the surface area where oxygen can access the fuel source will slow down the fire. This results in a slower-burning cigarette.

However, even if you pack your cigarettes extremely well, there is no such thing as a cigarette that lasts for thirty minutes. The dryness of the tobacco, as well as a cigarette’s low volume in comparison to a cigar, will speed up the burning process. Also, remember that the outside of a cigarette is wrapped in dry paper, which burns rapidly, ensuring that the tobacco stays lit. It is in the manufacturer’s best interest for cigarettes to burn rapidly, ensuring return customers, so this incredibly flammable wrapper is quite useful for their sales tactics.

Additionally, there are hundreds of additives and chemicals that are included in cigarettes that are not found in cigars. These chemicals include acetone, formaldehyde, cadmium, tar, arsenic, lead and butane, some of which artificially increase the burning rate of cigarettes and prohibit them from self-extinguishing if left unattended. 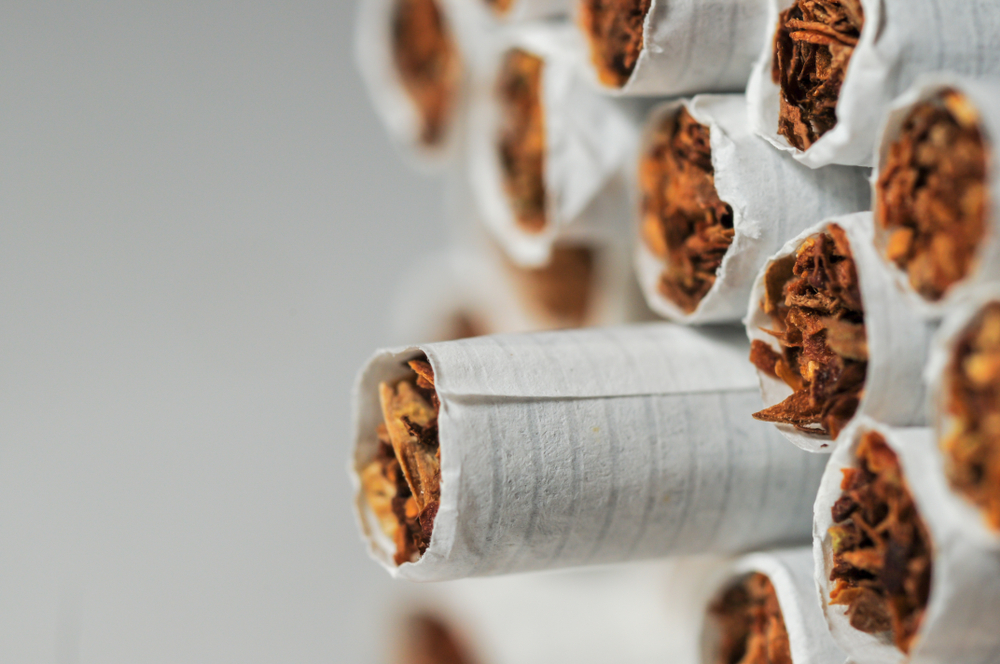 As this comparison should clearly show, cigars are designed with the intention of relaxation and luxury, so they are hand-rolled with damp, high-quality ingredients that slow the burning process and allow fo the enjoyment of the flavors and aromas. Cigarettes, on the other hand, are designed to burn quickly, thanks to the tobacco grade, the wrapper material and the countless toxic additives that are found in every pack. The reason for the drastic difference in burn time is because both manufacturers are specifically designing their products to behave in that way!