Things that glow in the dark contain a substance called phosphor, which is capable of radiating light after it has become energized. Such substances first soak up energy for long periods when exposed to light and subsequently radiate visible light in the dark.

Toddlers and young children are often fascinated by anything that glows. The moment they see something shiny or bright, chances are good that it will end up in their mouths in the next moment. In fact, not just kids, but a lot of adults also can’t resist looking at an object that glows in the dark on its own, without the help of any power or electricity. There was a time when wristwatches with luminescent dials were a major fashion fad amongst young people.

The question is, how did the dial radiate light? Some people mistakenly assume that the cells that power the watch also make the dial glow continuously at night.

Before we get into the details of this phenomenon, it helps if we understand a few of the basics first. 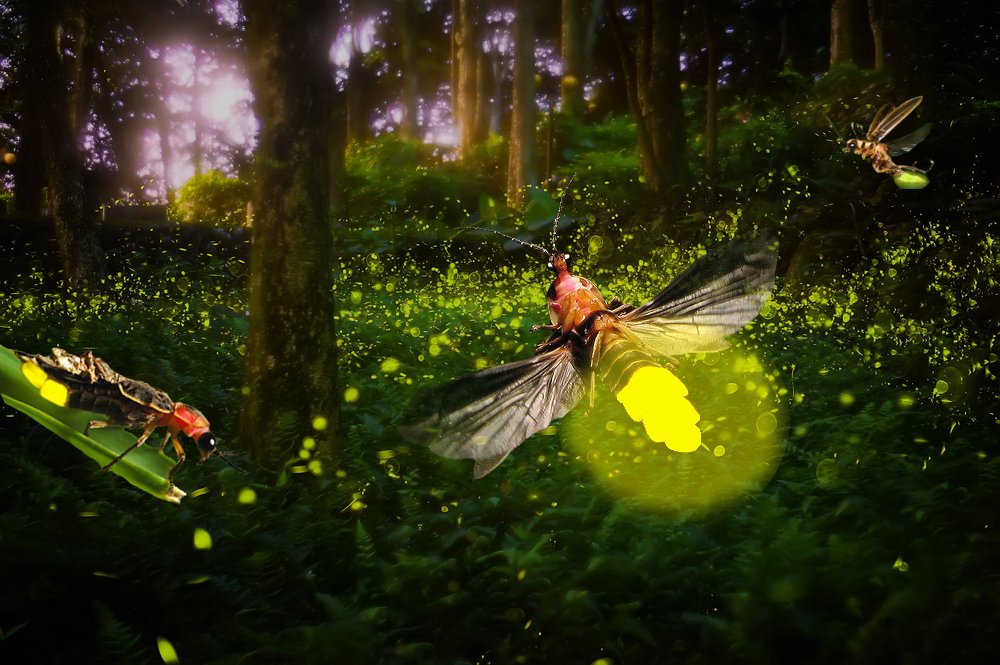 Certain living beings, like fireflies, have natural luminescence and therefore glow in the dark.

Contrary to what many people believe, the luminescence of an object doesn’t just mean that it ‘glows in the dark’; rather, any object that gives off light it produces itself is said to be luminous. Materials that glow in the dark (all by themselves) are just some of the many materials that demonstrate luminescence, and are therefore sometimes called luminescent materials. 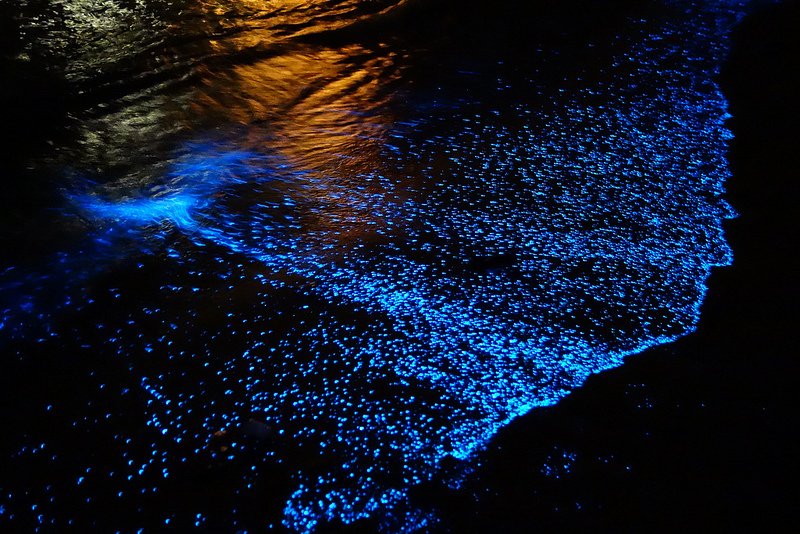 Bioluminescence is the production and emission of light by living organisms.

Phosphorescence: The science behind ‘glow-in-the-dark’ materials

All materials that glow in the dark contain substances called phosphors. In the simplest terms, a phosphor is something that exhibits luminescence. There are hundreds upon hundreds of compounds that can act as a phosphor, including those that are used in glow-in-the-dark toys and radar screens (e.g., zinc sulfide, strontium aluminate etc.), as well as the ones they use in computer screens, white LEDs and sensors. 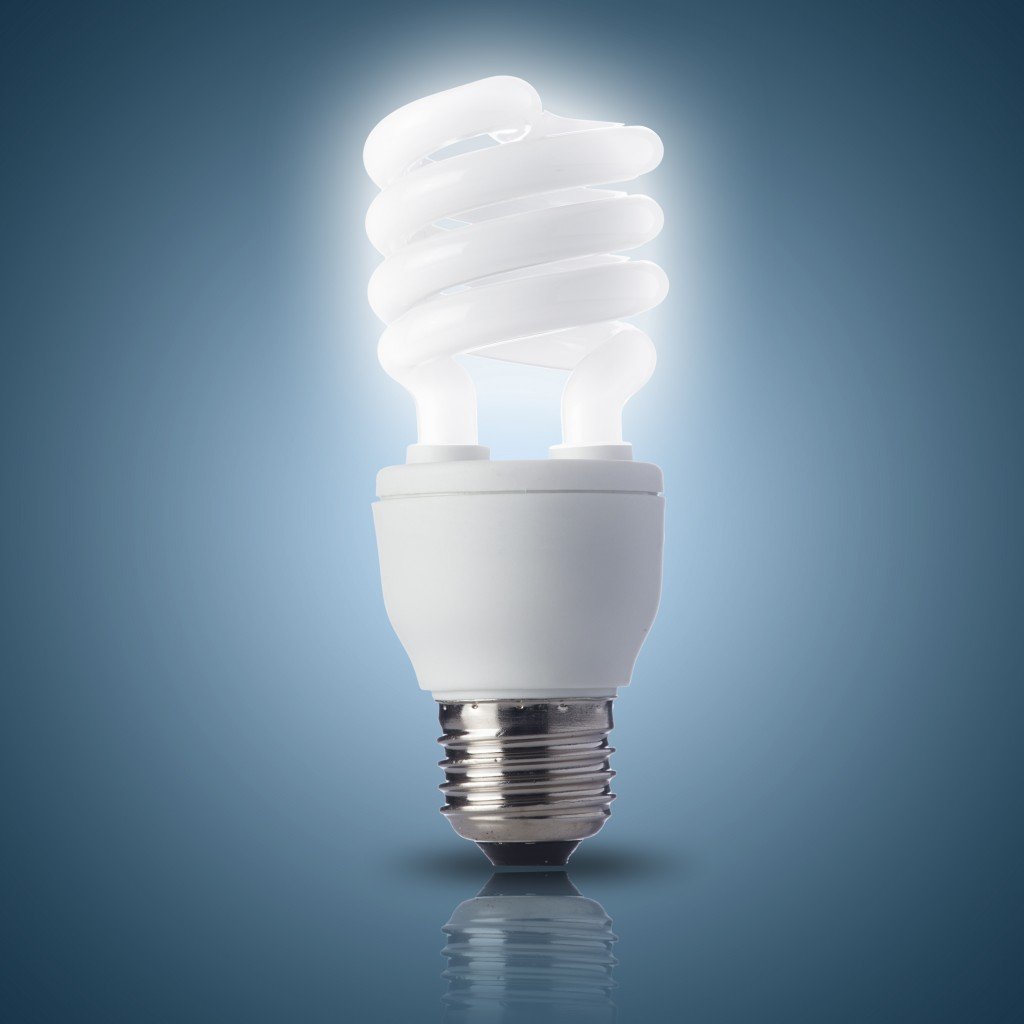 Fluorescent lights work on the principle of fluorescence, which is quite similar to phosphorescence

The large number of phosphors could be categorized based on three main parameters: the type of radiation they require to get energized, the color of their output light and how long they glow after being energized.

In the case of ‘glow-in-the-dark’ toys, you need phosphors that get energized by natural (visible) light and glow for a long time after being energized (high persistence time). The two compounds that fit these criteria perfectly, much to the delight of toy manufacturers, are strontium aluminate and zinc sulfide. There are a number of other compounds that do this as well (e.g., calcium sulfide with strontium sulfide activated by bismuth). 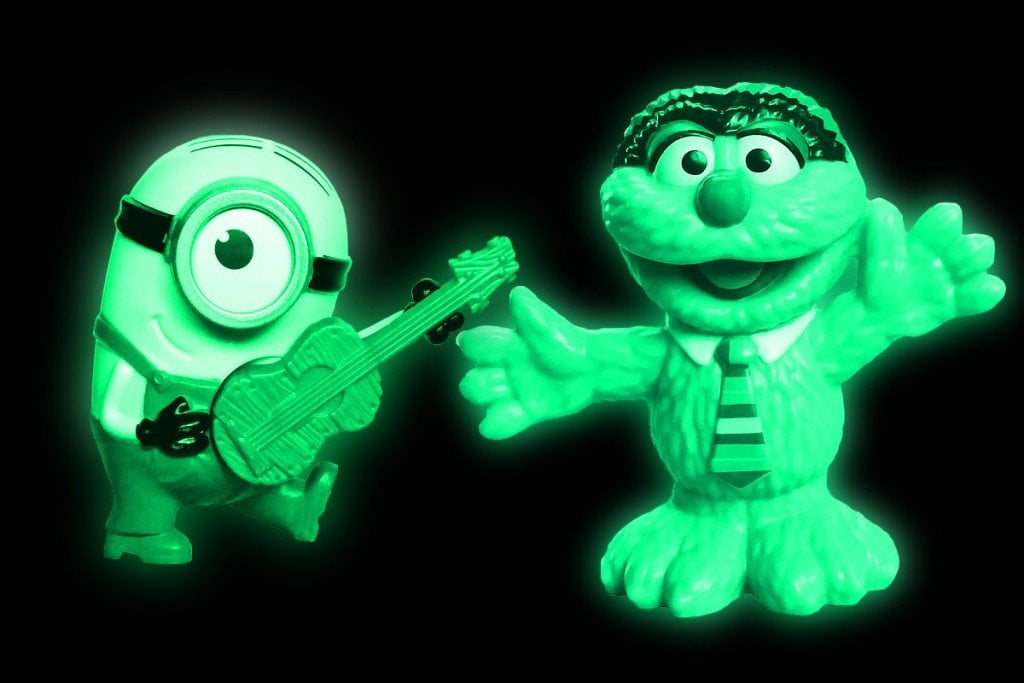 How does phosphorescence work?

Phosphorescence is a special type of photoluminescence (quite similar to fluorescence), where phosphorescent materials produce light after being energized. When the atoms inside these materials gain energy (through visible light or other sources), they become ‘excited’. When these atoms return to their normal energy levels, they emit tiny packets of light called photons, which make the object (that contains these atoms) shine. 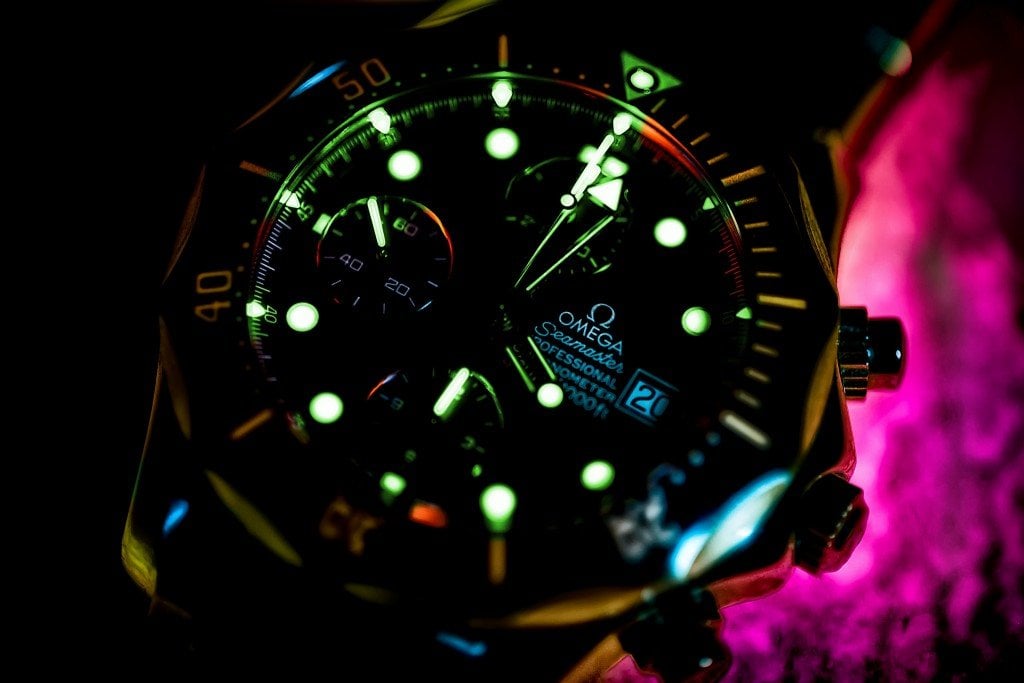 Most luminous watches charge up during the day and emit light in the dark (Photo Credit : Tony Shih / Flickr)

Luminous wristwatches work on the same principle. They charge up with energy during the day and start glowing once it’s dark (when the photons are emitted as ‘excited’, atoms lose energy).

How do ‘radium’ wristwatches glow in the dark?

In the past, there were wristwatches, popularly called ‘radium wristwatches’, that glowed but did not need any charging. Such watches rely on radioluminescence, wherein a phosphor is mixed with a radioactive element. The radioactive emissions from the material (in this case, radium) energize the phosphor continuously, making it glow all the time without requiring any charging. 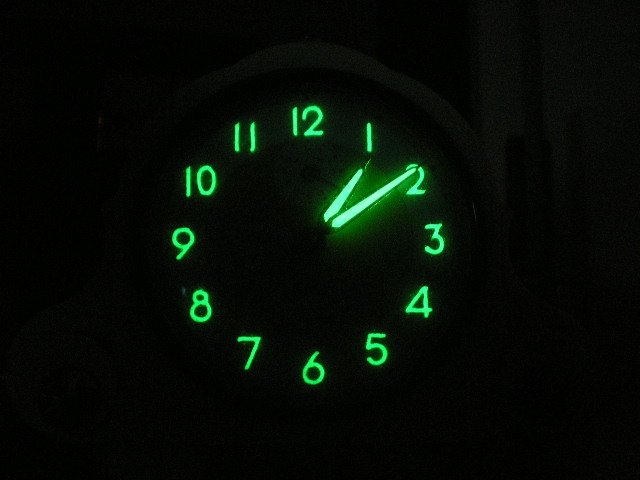 Watch dials that use radioluminescence do not need regular recharging to glow (Credit: Arma95/Wikimedia Commons)

Radium wristwatches have largely been discontinued now, and have since been replaced by variants that either contain a man-made radioactive chemical element called promethium, or a radioactive isotope of hydrogen called tritium.

So, the next time a kid asks you why their toy glows when the room’s lights are switched off, you might want to tell them about the real story behind it all. Or, you can skip the details and let them believe that the toy is illuminated by a fairy named Science.

How much do you know about things that glow in the dark?